A near maximum points haul for Jarno Opmeer with a second place and a race win in the first two races of the final event means he has almost secured his second consecutive F1 Esports drivers’ championship, while his team Mercedes has wrapped up the constructors’ title.

Heading into the event Opmeer had 140 points, only five more than Lucas Blakeley and eight more than Frederik Rasmussen who have both yet to win an F1 Esports drivers’ title.

Mercedes and Red Bull were also still duelling for the constructors’ championship as the German marque had a 23 point lead after the previous event. 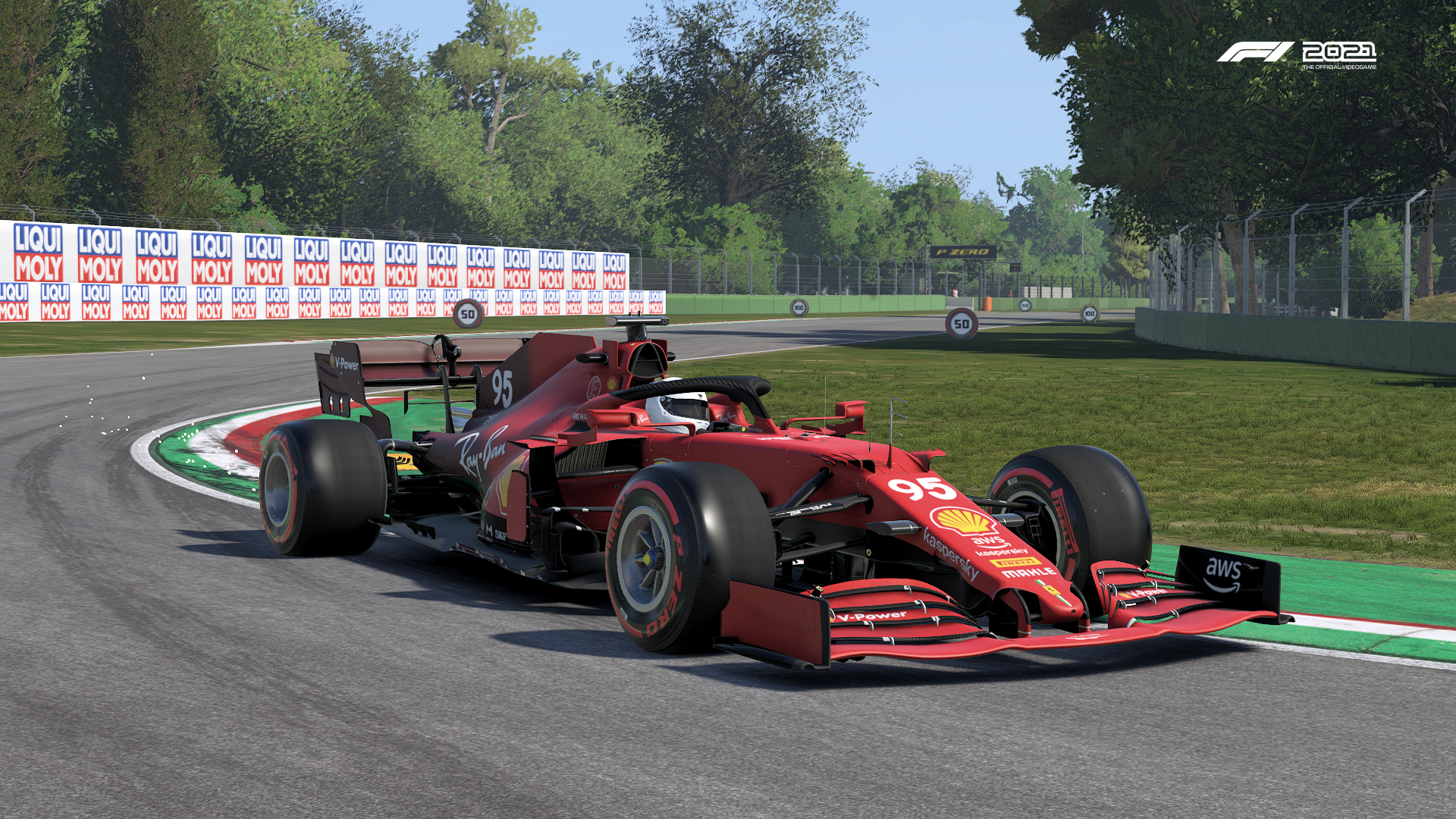 McLaren’s Josh Idowu took his first ever pole position in F1 Esports, beating 2019 champion David Tonizza by 0.002s in qualifying for the first race at Imola.

Aston Martin’s Blakeley was the highest starting title contender as he was the fourth fastest while Opmeer started the race one position behind in fifth. Meanwhile a shock lack of pace for Red Bull’s Rasmussen meant he was eliminated in Q2 and started the race from 15th.

After the round of pit stops Aston Martin’s Blakeley was still ahead of Opmeer although Blakeley had dropped to fourth as an aggressive undercut strategy by Brendon Leigh put him in contention for the race win.

On entry to the Villeneuve chicane Blakeley was caught out by a slowing Tonizza up ahead as the Ferrari driver was backing out of a potential overtaking move.

That caused Blakeley to go into the back of the Ferrari and sustain front wing damage which caused him to tumble down the order, with Opmeer able to pass him around the outside of the following corner.

Could this move be crucial to the #F1Esports Pro Championship title?? 😮😮

The early change of tyres from Ferrari’s Leigh meant he wasn’t able to sustain his race pace and dropped behind a number of drivers, including title contenders Opmeer and Rasmussen.

A final lap DRS-aided move by Tonizza to the inside of the Tamburello chicane got him ahead of Idowu and into the lead of the race. The McLaren driver Idowu went straight on and into the gravel before spinning as he rejoined the track.

Tonizza held back Opmeer for the rest of the final lap to take his first race win of the season whilst Rasmussen for Red Bull completed the podium places.

Time penalties for other drivers and Idowu’s final lap spin meant Blakeley scored one championship point after finishing the race in 10th despite the damage to his front wing. 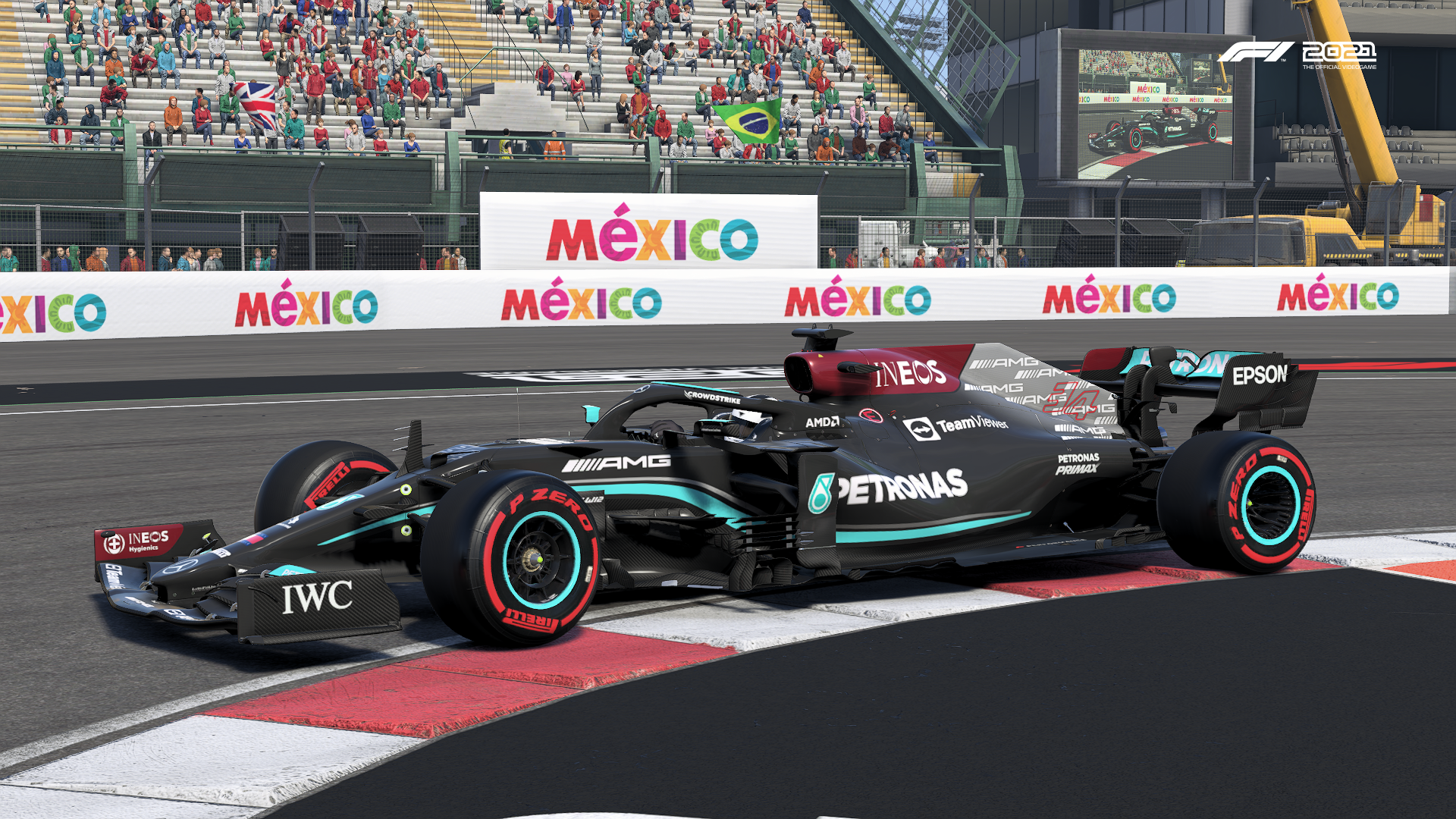 The second race was held at the Autodromo Hermanos Rodriguez in Mexico and Rasmussen took his second pole position of the year. McLaren’s Bari Boroumand qualified in second with Opmeer in third place.

All of the top three starters opted to begin the race on the soft compound tyres whereas the others went for the mediums. That allowed the top three drivers to pull out an advantage of over five seconds before the pit stop phase began.

The top three drivers reversed their positions on the opening lap as Opmeer used the slipstream to pull alongside the top two and took the inside line to pass them both into Turn 1. Meanwhile Rasmussen was forced out wide for the first corner by Boroumand which caused him to drop to third place.

Opmeer and Boroumand both lead the race at different points as they were able to use the DRS to easily pass each other.

Crucially though Opmeer overtook Boroumand on lap 21 of 25 into Turn 1 and Rasmussen followed the Dutchman through as he took second place at the exit of Turn 3, albeit by running wide on exit and track extending.

Just before the start of the final lap, Opmeer deliberately let Rasmussen past just before the DRS activation point. That meant Opmeer had DRS to attack the Red Bull driver back down the main straight which was enough to take first place back a few seconds after he tactically gave it up.

POGMEER! He's got one hand on the #F1Esports championship trophy – what a last lap…. it's a WIN in Mexico for @jarno_opmeer

The win in Mexico was Opmeer’s fourth of the season and Boroumand was classified in second place, one position ahead of Rasmussen, as the stewards swapped the two around after the race ended due to Rasmussen’s illegal overtake on the McLaren driver.

Sixth place for Lucas Blakeley wasn’t enough to keep his title hopes alive before tomorrow’s final race of the season.

Opmeer has a 21 point lead over Frederik Rasmussen heading into the final race which will be held at Interlagos.

In the constructors’ championship Mercedes has a large enough lead over Red Bull to have secured that before the final race.

That means it’s secured the largest slice of the $750,000 prize pool and has taken its first F1 Esports constructors’ title since 2018.