Billy Monger and Formula 1 juniors from Red Bull and Williams are the headline new entries for the fourth The Race All-Star Cup – Fully Charged by ROKiT Phones this weekend. 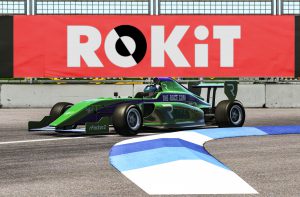 Channel 4 F1 analyst and Pau Grand Prix winner Monger is included on the provisional entry list for Saturday alongside 37 other pro racers.

Also participating in the All-Star Cup for the first time are Formula 2 race winner Jack Aitken, who has signed with the Williams F1 team as reserve driver for this season and Red Bull junior Jack Doohan, son of motorcycle grand prix racing legend Mick.

Aitken had signed for a second season at the Campos Formula 2 team for 2020, while Doohan had joined the HWA outfit for a title-attack in FIA Formula 3.

Stoffel Vandoorne and Antonio Felix da Costa are among the big-name returnees, and will be joined by their fellow Formula E driver and Jaguar ace James Calado, who is a newcomer to the All-Star Cup. 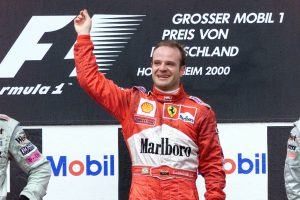 As before, pro racers will be split into two groups, with the top five from each group’s heat advancing into the grand final race, and the rest going into a last-chance qualifier heat that will likewise take the top five drivers into the deciding race of the event.

Another five spots in the grand final will again be allocated as a result of the simracer heat, with previous event winners Bono Huis and Jernej Simoncic among those participating.

The broadcast for the fourth edition of the All-Star Cup – which will also incorporate two Legends Trophy races – will begin at 4pm GMT.

Ex-Ferrari driver Rubens Barrichello and Monaco Grand Prix winner Olivier Panis are among the entrants for the second Legends Trophy, which will have a reversed-grid race for the first time this weekend.

Also joining the grid is the first Legends Trophy winner Dario Franchitti, while ex-F1 drivers Emanuele Pirro and Juan Pablo Montoya resume their friendly rivalry after crashing out in the closing stages of last weekend’s race.

You can watch the event by clicking here