Jernej Simoncic extended his lead at the top of the Formula SimRacing World Championship with a Monaco podium finish as his team-mate and title rival Michi Hoyer retired on the first lap.

Monaco kicked off the second half of the season and it was Dennis Jordan who took the all important pole position with Collin Spork in second place. 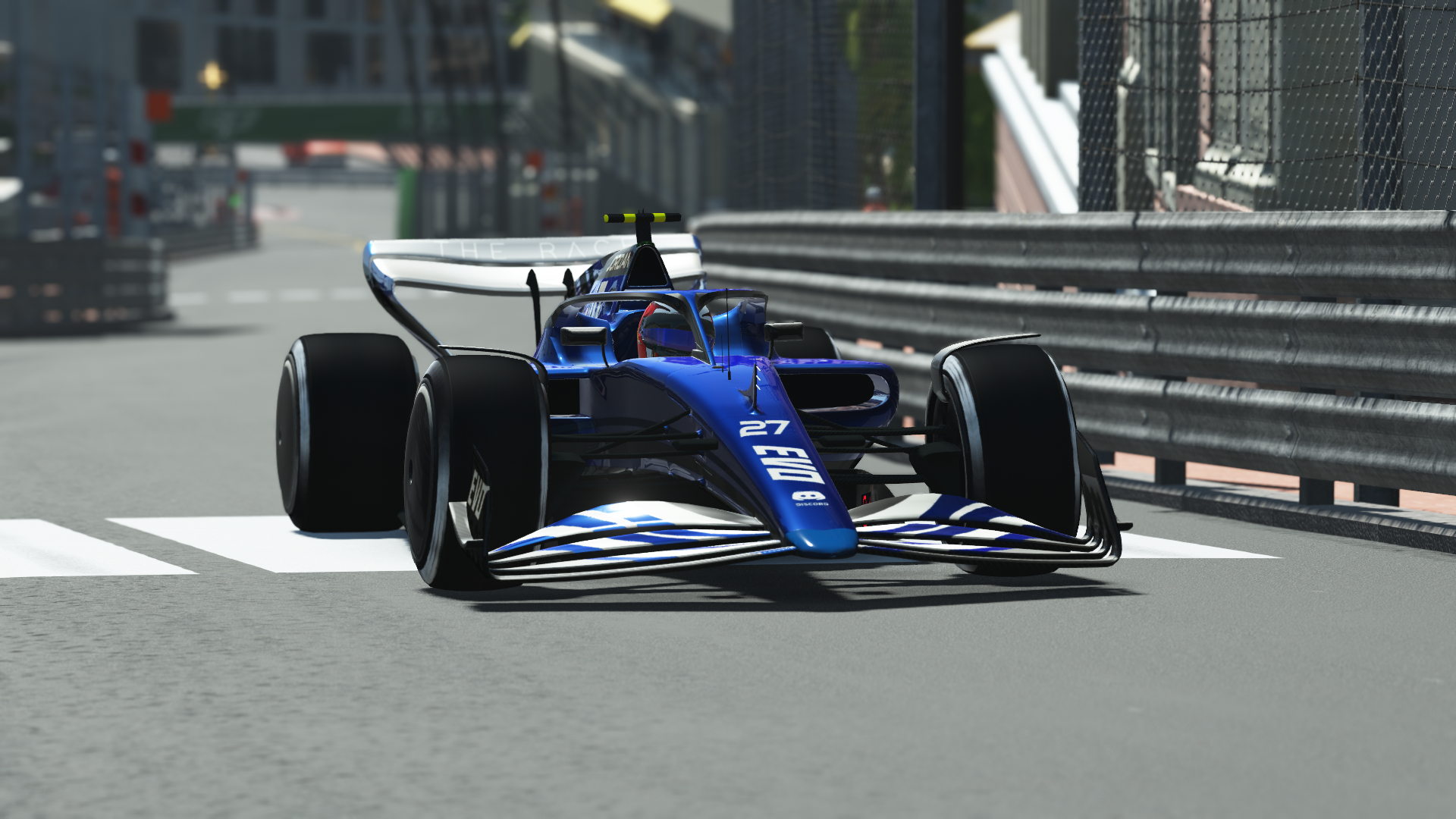 The grippier tyres meant Jordan and Spork pulled out a 14 second gap over third placed Mroczek before the frontrunners started pitting.

Simoncic was the first to change tyres as he changed to softs in an attempt to make up ground with an undercut strategy, a move which paid off as he was ahead of Mroczek when he stopped a couple of laps later.

With both Jordan and Spork on the hard tyres, Simoncic was able to catch up to them but couldn’t overtake either of them.

A 10 lap undercut for hard tyres by Simoncic meant he took the lead of the race once the second round of stops had been completed but it also meant the Slovenian had to stop three times, once more than those around him.

For his final stop he fitted a second set of soft tyres and exited exactly where he spent the early stages of the race, in fourth place and behind Mroczek.

Despite the fresher tyres Simoncic struggled to find a way past those in front of him but he made an overtake stick on Mroczek by braking later and taking the outside line on entry to the Nouvelle chicane, forcing his way into the final podium position.

He didn’t get back in front of Spork, who finished in second, or Jordan who took his first race win this season. 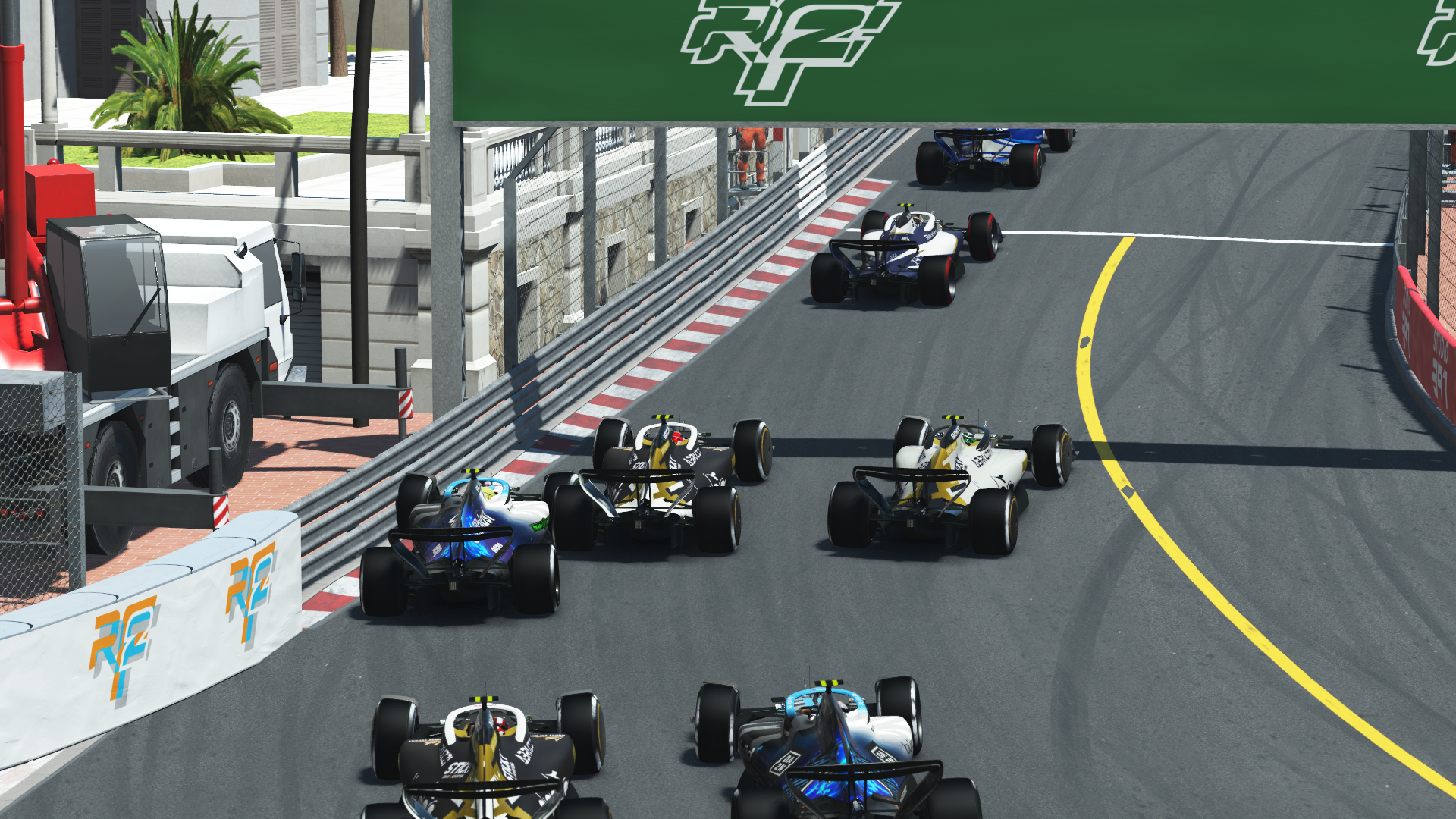 Of 19 starters only 11 drivers made the chequered flag, with many caught out in the two connected crashes on the first lap of the race.

The first was started as Simoncic, Mroczek and Petar Brljak went three wide into Sainte Devote and Brljak, on the outside, was forced into the wall which meant he lost his front wing and had less speed going up the hill to Massenet.

As everyone was swerving to find some space on track Robin Pansar and Muhammed Patel hit each other side on and both spun across the track just before the top of the hill, collecting championship contender Hoyer as he tried to thread his car between Patel’s car and the barrier. 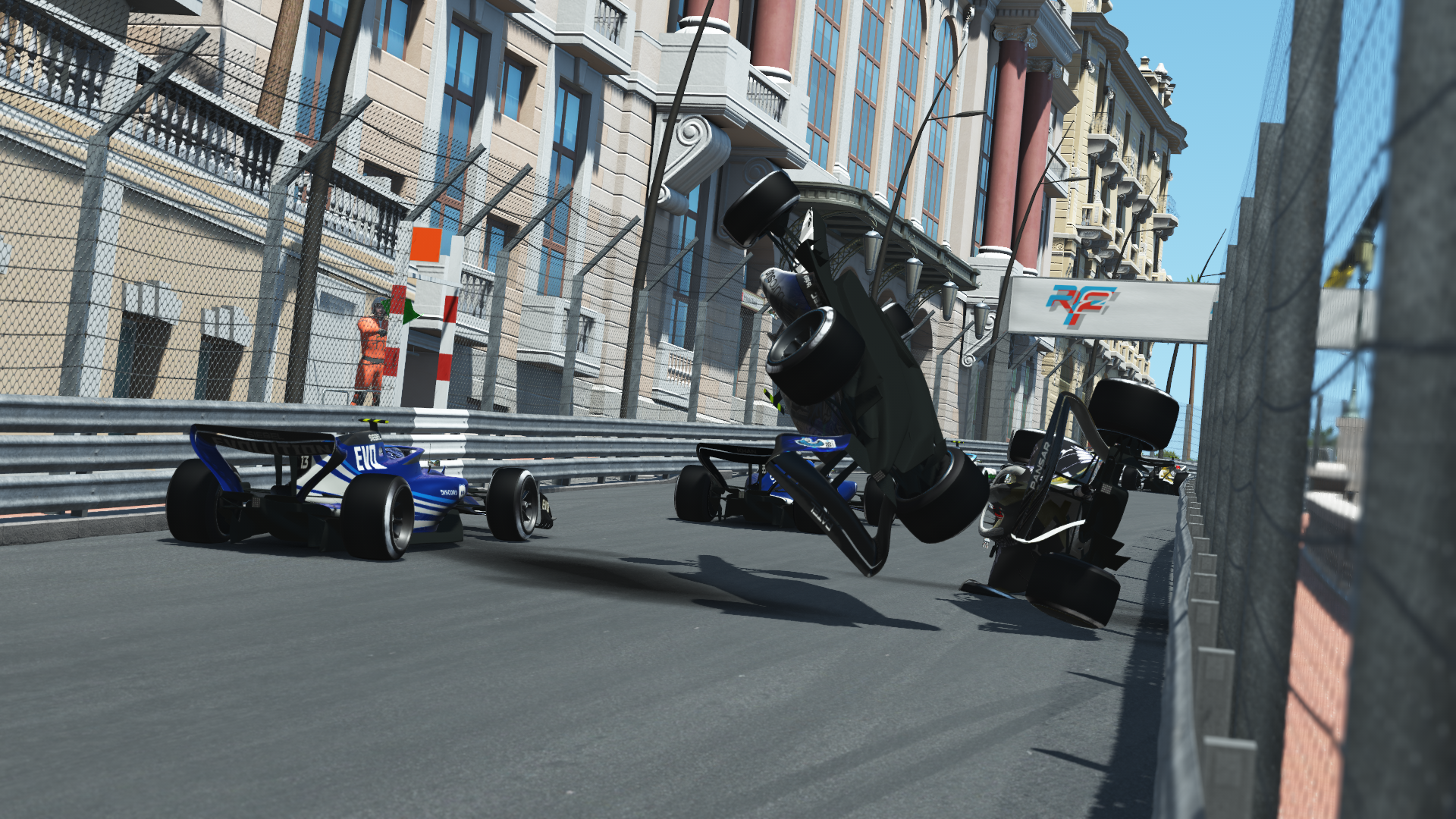 A total of 15 points scored for Simoncic compared to none for Hoyer means the gap between them at the top of the drivers’ championship has extended to 24 points, with Hoyer still Simoncic’s closest championship challenger.

Race winner Jordan is now fourth in the drivers’ championship and only one point behind his team-mate Alex Siebel, who finished in fifth place in Monaco.