Max Verstappen and Lewis Hamilton will be the joint-highest rated drivers in the latest official Formula 1 game F1 22.

The second F1 game since EA took over Codemasters will once again feature ratings for all of the drivers in the MyTeam career mode where gamers can create their own 11th team on the F1 grid.

After its previous driver ratings drew criticism, Codemasters says it has “changed the algorithm, so the stats are more representative of a driver’s current form and less reliant on their legacy”.

And there’s also a new ‘expert panel’ to help decide the scores. Anthony Davidson, David Croft, and Alex Jacques – all part of Sky Sports or F1’s broadcasting output – have been chosen to help form the ratings. 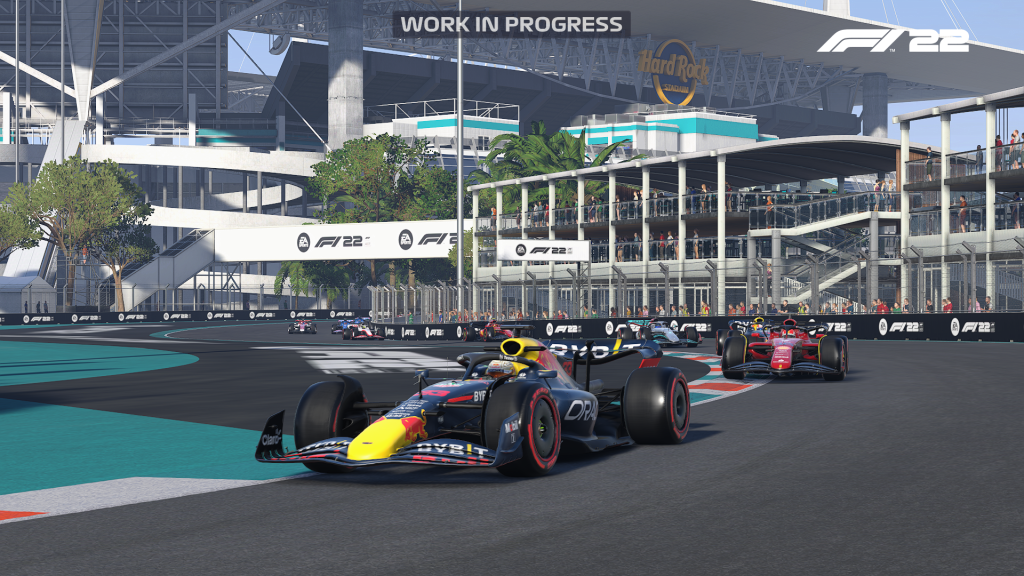 Each driver has an overall rating as well as four sub-ratings for experience, racecraft, awareness and pace.

The 2021 title rivals Max Verstappen and Lewis Hamilton have both been given an overall rating of 94.

Verstappen has the highest pace and racecraft ratings on the game but Hamilton has higher experience and awareness ratings.

Charles Leclerc is the next highest-rated driver with an overall score of 92 and is followed by Mercedes’ George Russell and McLaren’s Lando Norris.

Two-time F1 champion Fernando Alonso is sixth-highest ahead of Valtteri Bottas and Sergio Perez, who both have an overall score of 88.

The sole 2022 rookie Zhou Guanyu has the joint-lowest overall rating with Nicholas Latifi, who both land on 70.

The driver ratings are based on data up to the end of the Monaco Grand Prix and Codemasters will issue updates to adjust the ratings as the season progresses.

“Our new panel of F1 experts will work closely with us to ensure F1 22 reflects what happens on the track, and we know the updates will lead to even more debate over the course of the season.”

F1 22 will be officially released next Thursday ahead of the British Grand Prix on Xbox Series X/S, Xbox One, PS5, PS4 and PC.