Baldwin took pole position with a lap time over four tenths of a second quicker than Bolukbasi’s.

At the start of the 25% distance race Bolukbasi came under attack from Williams Formula 1 driver Nicholas Latifi, who tried to pass the esports racer around the outside of the first two corners.

The top two quickly established a clear gap over those behind them, meaning in the final few laps it was a simple duel for the race win.

Baldwin had opened up a few seconds’ lead by pitting earlier, but Bolukbasi caught up and overtook him at the end of the ninth lap on the run to the start/finish line. 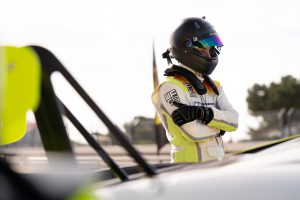 Baldwin then returned the favour and used DRS to repass Bolukbasi on the long back straight between Turns 2 and 3.

At the start of the final sector of the final lap, Baldwin had track position but Bolukbasi had DRS on the run to the finish line.

Bolukbasi, who won a race in the German and Belgian NotTheGP events, claim his third victory as he outdragged Baldwin on the run to the line.

At the start of the second lap Latifi was in third place, with both McLarens just behind him. 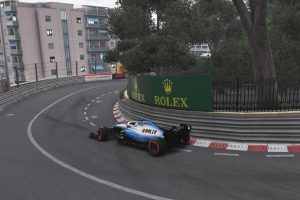 Norris went to the inside of Turn 2 to overtake Daly, but in the process hit the back of Latifi and spun him around.

Daly was left unscathed but Norris and Latifi both spun and collected a few other drivers including Charles Leclerc – who was at the lower end of the field having not set a lap time in qualifying.

Leclerc and Norris both failed to finish the race so were classified in 16th and 17th.

They therefore would’ve started the reversed-grid race on the second and third rows respectively.

However server issues meant the reverse grid race was cancelled.