When will top Formula E teams introduce their 2021 packages? - The Race
Skip to content
Formula E

Some Formula E manufacturers still have not decided whether to introduce new powertrains for the start of the upcoming season under the series’ homologation window rules.

The Race has recently learned that double teams’ champion squad DS Techeetah – through its manufacturer partner DS Automobiles – is among those still not 100% clear on whether they will introduce a new powertrain for the start of the new season or later on in the campaign.

The FIA and Formula E brought in new homologation criteria and timings earlier this year in an effort to cut costs amid the ongoing COVID-19 pandemic.

The 10 manufacturers were initially given two choices: to carry over their current powertrains into next season then change for the following campaign, or to immediately bring in a new design that would last through to the end of the Gen2 rules set – which is being replaced for the 2023/24 season.

However, this plan was then subsequently modified in June and the criteria was updated.

Now manufacturers could choose homologation of a new powertrain for the start of the new season (known as slot 1), which is scheduled to begin with the Santiago E-Prix in January next year.

The second option would allow for a new powertrain to be homologated and used from the first 2021 European round at the Rome E-Prix in April (slot 2).

A so-called ‘third way’ also now exists according to the official manufacturer registration regulations, whereby an homologation from the fifth European round on and covering the entire following season is also available.

That fifth European round is presently scheduled to be the Berlin E-Prix in June, although there is the possibility of a European event two weeks before this as a vacant race date for June 5 is set to be confirmed at the next World Motorsport Council meeting in October.

This modified system is now allowing teams extra time to evaluate when their next powertrain can be introduced, with some believing that it could effectively mean some manufacturers run what amounts to a B-spec car in private testing.

“The whole situation with COVID did put the project on hold for an amount of time” :: Ian James

Some, such as reigning champion DS Techeetah, have already conducted several tests in the car they originally intended to use from the season-opener.

However, despite an initial assumption that DS would therefore homologate in ‘slot one’, The Race believes it is likely to wait until later this month to make a final decision on potentially switching to slot two.

This would mean DS would not race a wholly new powertrain until next April and would start the coming season with its title winning 2019/20 spec package.

Like DS, the Mercedes Formula E team is known to have considered both slots one and two in recent months.

“We have a preferred plan A, and that’s where we are looking to be,” team principal Ian James told The Race.

“Having said that, the whole situation with COVID did put the project on hold for an amount of time, to switch pretty much everything over – especially in Brixworth – with the engineering and production of the CPAP machines and then on to ventilators as well.

“Of course that had an impact on our season seven programme. So what we’ve done is we’ve got back on track and got the plan A, which is tight but fits in with the timing.” 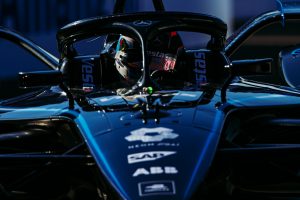 James did admit that Mercedes has got “a couple of things in the back pocket from a contingency perspective,” should it be required, but also said that “we’re hopeful that that’s not going to be the case”.

Overall, James praised Formula E and the FIA for devising the new homologation structure, calling it “absolutely the right thing to do for a fair shot for everybody to make sure that everyone can be ready for season seven [2021]”.

The FIA changed the modified homologation dates in June to try to incentivise teams against pursuing a ‘B car’ plan and spending money with the extra scope and time they have for introducing their new packages.

However, some manufacturers are now looking at homologating in the second window as it offers the opportunity to work on new technical solutions and evaluate the early phase of testing before the start of the 2021 season.

There is also the possibility that the COVID-19 pandemic could delay the calendar for next season and give more time for manufacturers to work at their bases or on private test tracks.

Several engineers have highlighted to The Race that the possibility exists for manufacturers to revisit their designs after initial versions of 2021 cars are completed.

Another aspect that is presently having an impact for teams is the demand on parts, with suppliers dealing with backlogs from shutdowns that went on for months earlier this year.

The Race understands that the traditional problem of some suppliers favouring Formula 1 teams’ parts completion is causing delays for several Formula E manufacturers – particularly those based in Germany and the UK.

Some teams are believed to be targeting crash tests of their ‘slot 1’ homologations later this month. By regulation they have until week 44 (the last week in October) to complete these before the final homologation approval is granted by the FIA in week 47 (mid-November).

NIO333 and Mahindra are known to be planning on conducting their crash tests in Italy this month, with Jaguar, BMW and Porsche likely to undertake theirs in October.

The track testing regulations are different for 2021 with the window now only open between January 1 and April 30. The test day allocation is also reduced from a maximum of 15 down to 13 for 2021.

Audi and Mercedes are entitled to an additional six due to having customer teams (Envision Virgin and Venturi respectively), making an absolute total of 19 available days.