It’s often implausible how news agendas change so rapidly in motorsport, and this is especially so in Formula E.

Just 12 months ago the headline ‘Nissan to supply McLaren for new Gen3 era’ would have previewed some very confused glances. 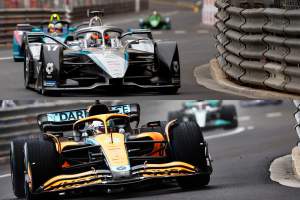 Then also factor in that the team are actually the reigning champion, Mercedes EQ, and that it could well be a double champion in two months’ time. That’s when you’d be excused for the confusion becoming total bewilderment.

But that is precisely what has been confirmed today, meaning that for the next four seasons, Nissan will be supplying cars to what will become known as the McLaren Formula E team from mid-August onwards.

You could choose to view the news with some irony, in the sense that one aspect of the new alliance, the manufacturer (Nissan) has essentially been racing at the opposite end of the field to its new customer over the last couple of seasons.

That thought process, while factually correct, does come with some heavy caveats, many of which are not completely of Nissan’s doing. 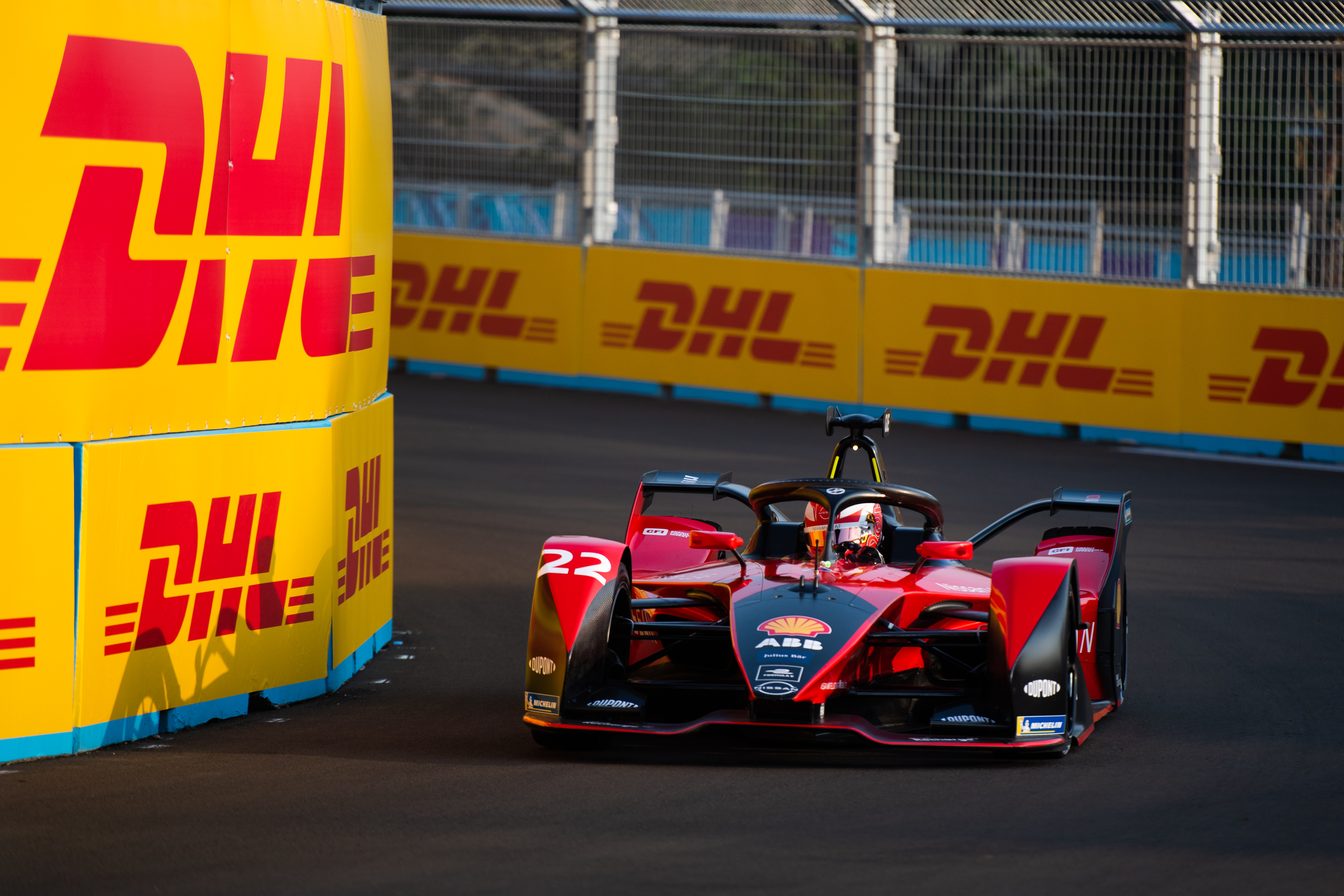 Firstly, there was the enforced two-year homologation cycle. This was the same for everyone of course, but Nissan was hit particularly hard with supply chain issues before a suspected homologated aspect of its inverter effectively confined its 2021 and 2022 car to mediocrity at best.

Then there were internal matters to address. Particularly the exact make-up of the team and if Nissan would acquire it wholesale. Then how would it go about running the entry in both a racing and test and development context. 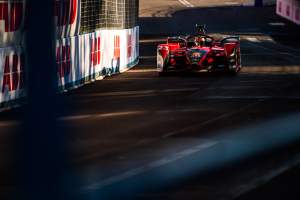 Some of that is still ongoing. Here and now, it has commissioned ART GP to be part of the developmental running of the all-new Gen3 hardware ahead of its homologation in September.

The bigger picture outlook is always important for manufacturers, and Nissan is one of only few that has publicly committed to the entirety of the Gen3 era. Therefore, its confirmation of the deal with McLaren is not merely significant from a racing context but also from a brand and marketing context.

Could further programmes or projects come from this great meeting of automotive and motorsport brands?

“I mean, of course, one of the interests of this partnership is to create a link between Nissan and McLaren. 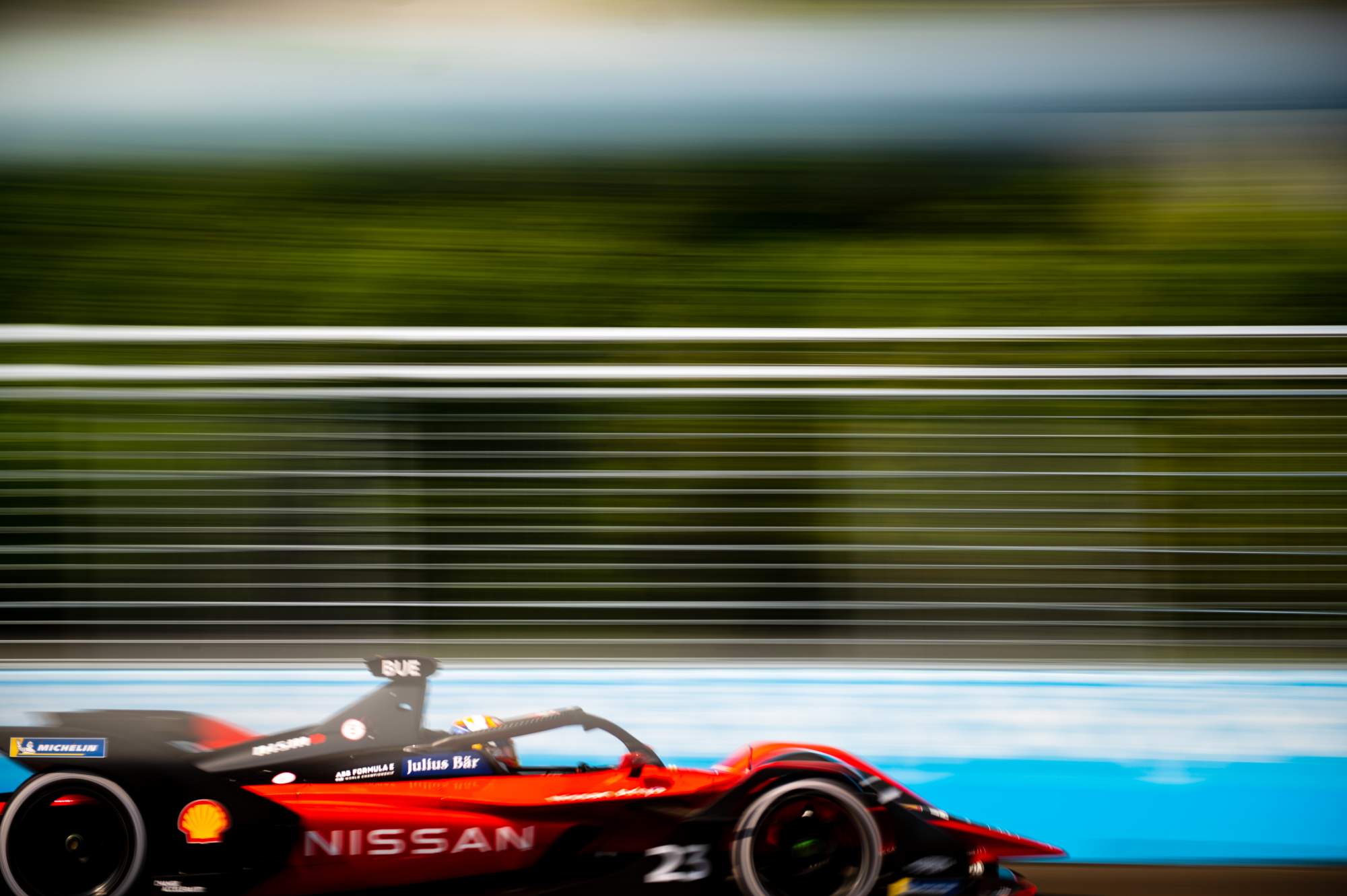 “Having said that, this is such a complex environment where they both operate motorsport and automotive, and there are so many players and things.

“Stars have to be aligned perfectly every time you want to start any project, so we are not in a position to see even at this stage, a potential concrete additional opportunity. 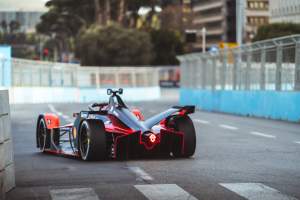 “But definitely the fact that there is this partnership opens the door to conversations that before maybe were less obvious.”

In a career forged initially in marketing roles with Ferrari and Lotus, before he joined the Renault/Nissan alliance in 2014, Volpe often talks about values. Not in the barest sense of the word but quite often more holistically.

“Definitely these groups of people are showing how talented they are and how good they are.

“So, the fact that they will race now as McLaren, with the possibility to also leverage the McLaren platform in many ways, gives them additional strengths.

“But the core of the talent is the one that is racing at the moment, I would say that there are values in both.” 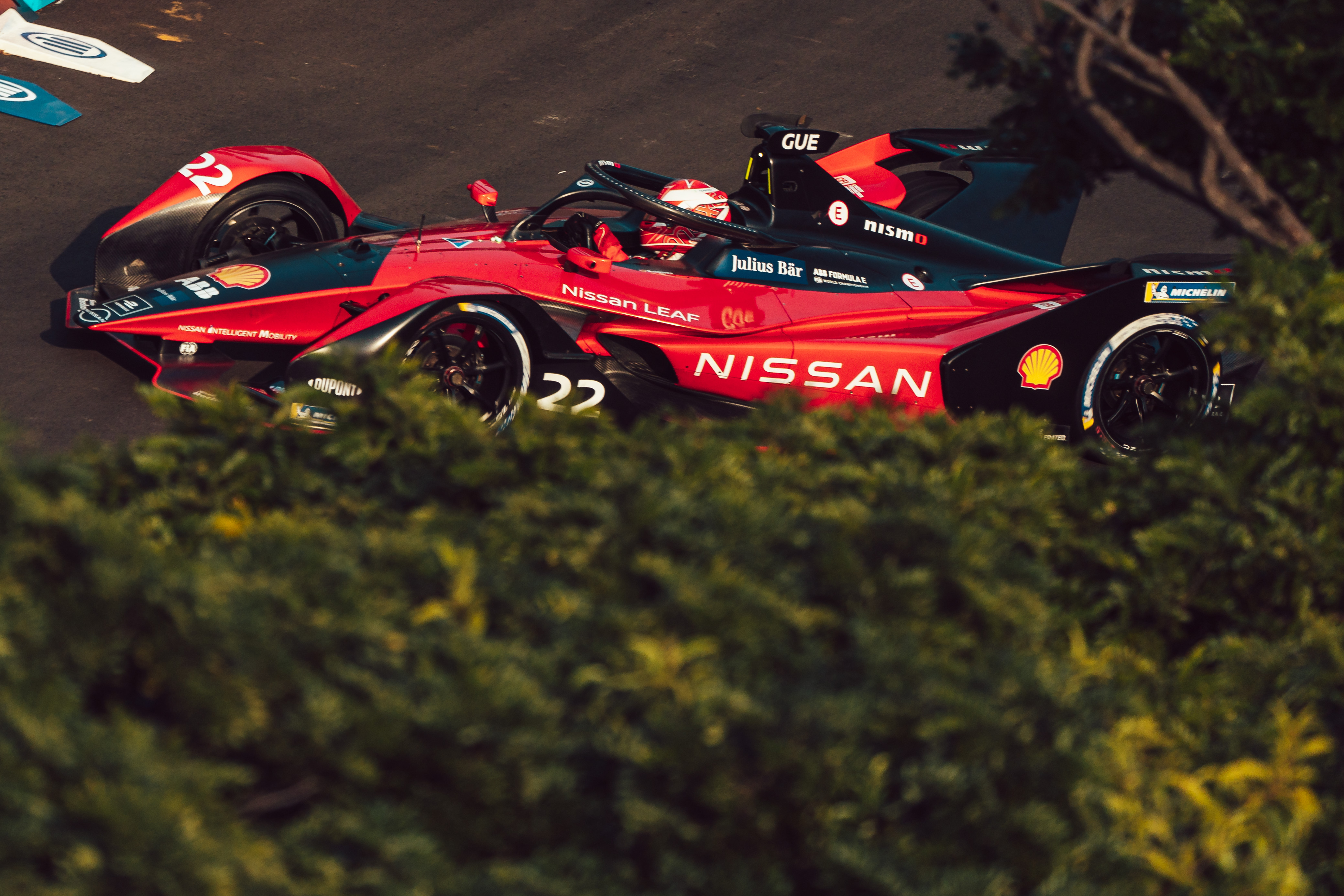 What the deal means for Nissan, beyond any further opportunities outside of the Formula E deal, is currently open.

But perhaps a more interesting question is how the casual observer who doesn’t tune in to all Formula E races or perhaps stumbles across the championship via media fully understands that the McLaren team it sees constructing its own cars in F1, is racing a Nissan-provided and badged car in Formula E? 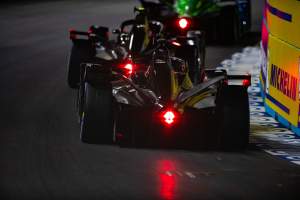 “The status of McLaren (in FE) is purely a racing team. Now, there is this strong difference, and how much the general public realises this difference is a good question.

“I would say that probably in Formula E most people might not recognise this difference, because by definition, you have a lot of people who are new to motorsport.

“So many people might not, in all fairness, make this difference, even if there will be the Nissan badge on the car and it will be communicated that it is a Nissan.

“But probably the new audience, if you want, the youngest people from Formula E, probably won’t make these big differences. 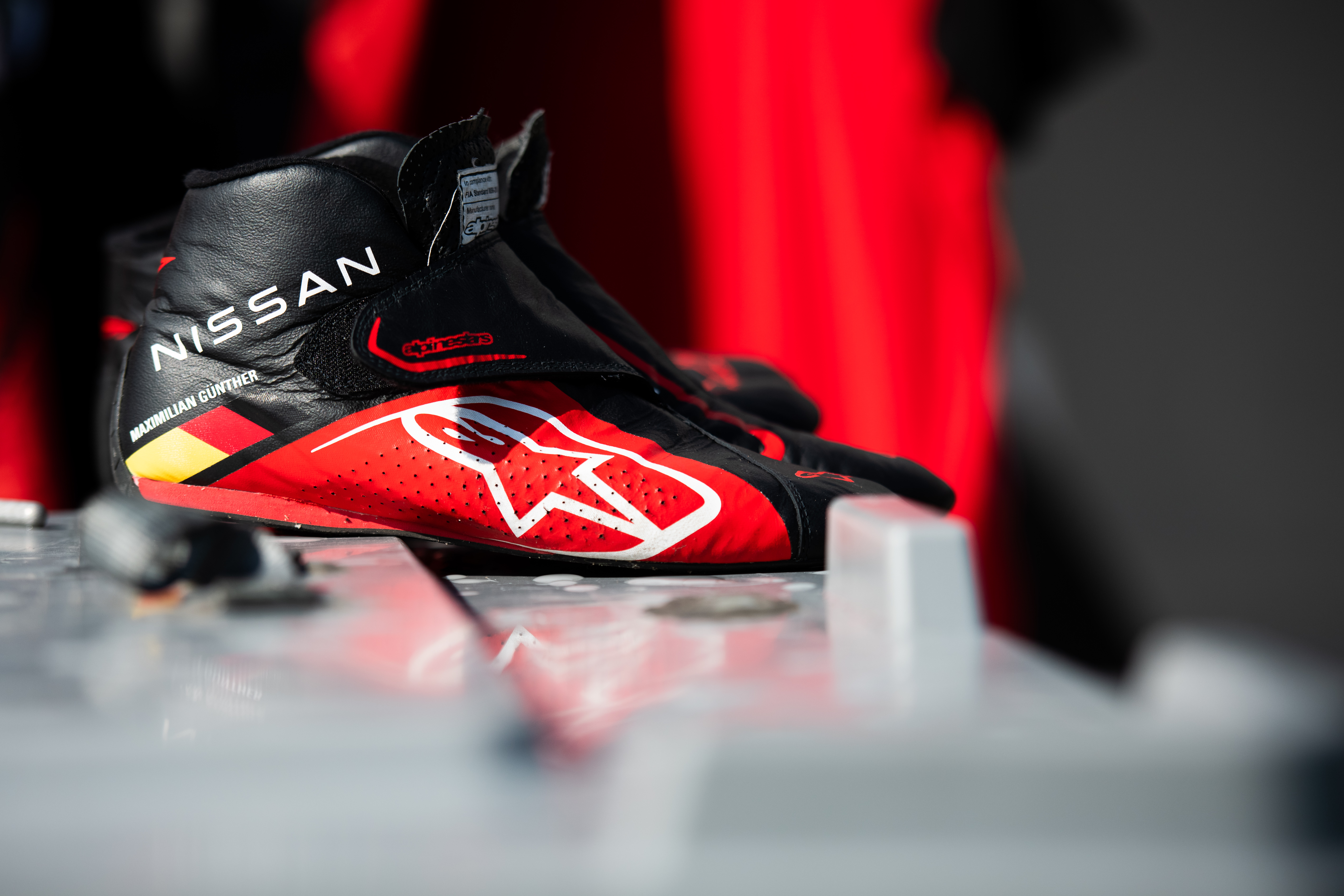 “But definitely, there will be value in the communication to a more expert audience like the media, for instance. They will have very clear in mind that McLaren is racing with a Nissan car. 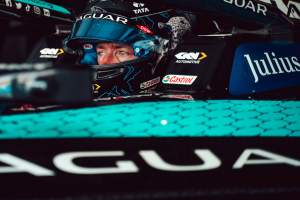 Volpe is right. This seems like a win/win for both parties, although of course from a sporting perspective Nissan cannot afford to have seasons like 2021 and 2022 any longer.

Where he is right in the perception of what the spectator, viewer, consumer, or whatever you want to bracket them as, has of the entrant, manufacturer and competitor. At the end of the day, a McLaren team racing a Nissan car is not a complex concept to understand.

Nissan chief operating officer, Ashwani Gupta reckons that McLaren chose Nissan for its “capability and capacity to race, whether it is product, or it is technology.”

“On the other side, why Nissan is going ahead with McLaren, is that this is a partnership, where we both will bring each other’s expertise, and share the knowledge.”

It is one that Gupta thinks “will help us in building up for the future”.

“I think, in addition to the marriage which we have to go together, what is very much important is we will now have the four cars on the track, which means we amplify our knowledge by two times, and obviously seen from McLaren, who are also great in motorsports.

“I think this will be a competitive edge for Nissan.”

Time will tell if Gupta is right. McLaren will very much hope he is, as it aims to establish a multi-platform electric racing brand to add to its web of ever-growing racing strands.