Jean-Eric Vergne was quickest in the opening practice session ahead of Formula E’s double-header in London, just 0.004s ahead of Robin Frijns.

The London ExCel Arena venue is a part-indoor, part-outdoor circuit that’s tight and twisty in most places – with flat-out racing expected.

Two-time champion Vergne, who is just 13 points off the championship lead in sixth place, topped the session with a 1m21.650s for DS Techeetah just ahead of fellow title contender Frijns. 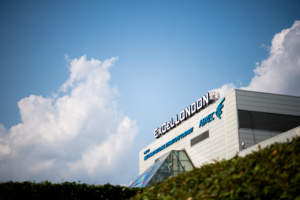 Bird is currently leading the championship by five points ahead of da Costa and Frijns.

Mahindra’s Alex Lynn finished the 45-minute session in sixth place, one spot ahead of Stoffel Vandoorne. 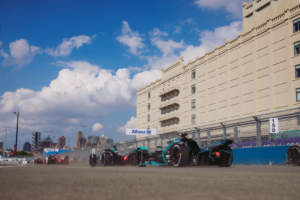 Vandoorne and his Mercedes team are in desperate need of a strong weekend, having spent three months away from the podium positions.