Timeline of a scandal: How Abt's ringer plot was exposed - The Race
Skip to content
Formula E

Timeline of a scandal: How Abt’s ringer plot was exposed

Daniel Abt’s plot to have a sim racer secretly compete in his place in Formula E’s virtual race in Berlin on Saturday afternoon has resulted in a suspension by Audi and the likely end of his career in the electric series.

Below, we detail how Abt’s ploy became increasingly apparent over the course of the event.

Several suspicions were raised before, during and after the race on Saturday afternoon. In addition to this, Abt’s Zoom image was obscured before the start of the race on the live broadcast.

The Race has also seen a screengrab showing two Abt presences in the Discord channel used for the race. However, it is believed that Abt has always done this because his social media manager Tobias Aberle is also plugged into the channel.

Below is a complete timeline on how the scandal unfolded. We have used Stoffel Vandoorne’s Twitch feed and the official live broadcast as factual resources. Abt has no recording or reference of the event on his Twitch channel.

0.00 – Live broadcast for the event begins

SVTwitch: Final practice period is ongoing but not shown on main feed but the Abt Audi initially doesn’t appear in the top 18 of the last practice session prior.

In the final moments of the session the No.66 Audi posts a 1m09.348s to place third. It goes unnoticed by Vandoorne who is quickest with Oliver Rowland second.

Commentator Jack Nicholls says: “That’s a reasonably good laptime from Daniel Abt, the quickest times we have seen are a 1m09.0s from the simracers, so that is going to put Abt there or thereabouts.”

SVTwitch: Vandoorne reacts by saying: “Daniel, nine point three!” He then laughs before saying: “I don’t believe Daniel. For sure someone else is driving for Daniel.”

Vandoorne picks his phone up and starts to type a message believed to be to Daniel Abt.

“Daniel, Daniel… what are you doing?”

Vandoorne then calls Abt.

SVTwitch: While Vandoorne is speaking to presenter Nicki Shields, Abt’s name disappears from the standings altogether and does not reappear until the start of the race. This is believed to be when Lorenz Hoerzing, who we now know is pretending to be Abt, has left and gone to join the Challenge race.

Vandoorne spends rest of time practicing and answering some questions from his Twitch followers before taking a break.

1:06:03 – An expanded split-screen Zoom shows the Abt channel with a figure in the sim obscured by a microphone.

1:09:51 – The Race at Home Challenge event at Berlin Tempelhof begins with Vandoorne leading the Abt Audi for the first few corners.

However, the Audi takes the lead halfway around the first lap after contact with Vandoorne.

Rowland also makes it through and Vandoorne runs third but the Belgian re-takes the position on the next lap.

Commentator Dario Franchitti comments on the live broadcast: “And this is something we haven’t seen from Daniel Abt, this sort of technique of sort of sliding the car like all of the lead simracers do.”

1:16:38 – On lap six, Vandoorne nudges the Audi at the chicane and retakes the lead.

1:17:30 – The following lap, the Audi divebombs Vandoorne to reclaim the lead at Turn 6. There is heavy contact and Rowland, who takes a wider line, sprints through and into a lead he will keep to the chequered flag.

SVTwitch: Vandoorne reacts to the contact: “What the hell? What is he doing, man? This is a joke, it’s not even Daniel driving!”

1:18:14 – Vandoorne lunges down the inside of the Audi at the first corner and there is further contact but the Mercedes grabs second place and goes after Rowland, who now has a lead of over a second. But the Nissan e.dams driver holds on to the lead to take victory.

SVTwitch: “Really not happy here because that was not Daniel driving himself, and he messed up everything. Ay-ay. That was ridiculous. Really ridiculous,” says Vandoorne.

1:30:43 – Shields interviews the top three, although Abt’s feed is not working. Vandoorne alludes to his belief that Abt had someone else drive for him in the race.

1:39:51 – Vergne also casts doubt regarding Abt, telling Shields and Franchitti to “please ask Daniel Abt to put his Zoom next time he’s driving, because like Stoffel said I’m pretty sure he wasn’t in”.

Post-event, The Race is the first media outlet to break the Abt controversy story.

Abt uploads an Instagram video in full team kit. It is quickly deleted.

On Sunday lunchtime, Formula E confirms Abt has been disqualified and the German issues his apology.

Abt is suspended from Audi on Tuesday lunchtime via an official Audi AG communication, which cites: “Integrity, transparency and consistent compliance with applicable rules are top priorities for Audi.” 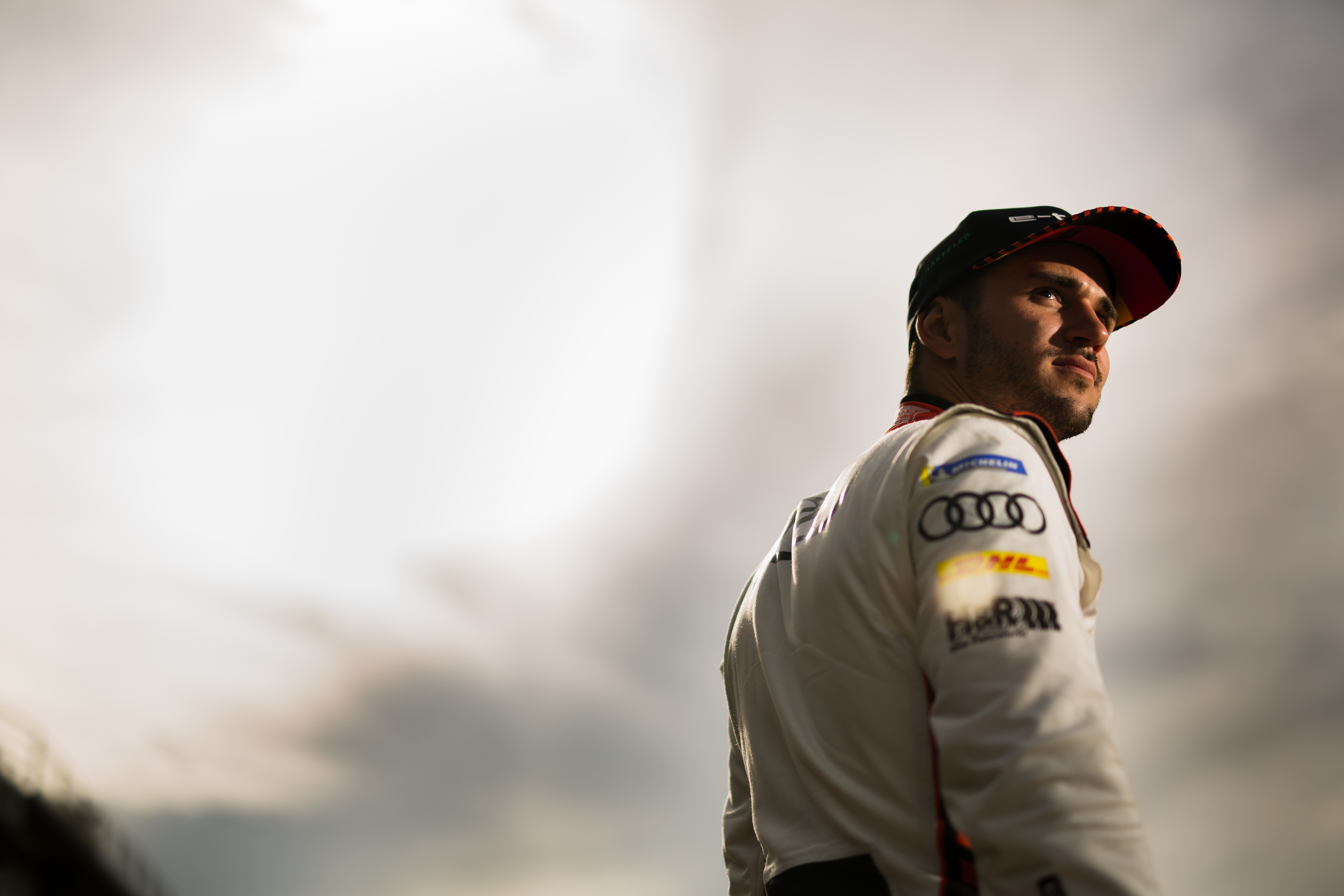