The new Gen3 Formula E design has been recently finalised, and FIA president Jean Todt has described the look of the car as “different”.

The prototype test car is currently being manufactured by the FIA via its officially tendered companies, which include common chassis and front powertrain supplier Spark Racing Technologies (SRT), and Williams Advanced Engineering (WAE), which will provide the battery system.

The Race revealed earlier this year that although supplied by SRT, the front MGU will be designed and developed by US based EV specialist Atieva.

The actual design of the new car, from a bodywork standpoint, has been completed by independent designers assigned by the FIA.

Only FIA and Formula E senior personnel are believed to have seen a schematic of the new-look car, which is believed to be open wheel and have some aesthetic similarities to the innovative Lotus 56 gas turbine four-wheel drive IndyCar from 1968 (pictured above).

Elements of the Gen3 look have also been compared to the ‘lowline’ Brabham BT55 Formula 1 car used in 1986.

Manufacturers that have registered for the new rules set, which kicks off at the end of 2022, have been given only small packages of data for the new car so far.

As of this week, the CAD data received is limited to the back of the battery, the rear impact structure (RIAS), the radiator duct where manufacturer cooling elements go on the left of the car, the rear upright and basic information regarding the diffuser where the rear power unit cluster housing is fixed.

The car is set to have no conventional rear wing in a similar manner to the recently-revealed Peugeot hypercar created for its Le Mans 24 Hours return, although The Race understands that there will be endplates mounted on the rear bodywork of the Gen3.

One flashpoint has already occurred between the manufacturers and the FIA, with some heated discussion regarding a narrower diffuser proposal. But this was pushed back by manufacturers who have already designed most elements of their powertrain cluster and housings.

Todt told The Race at the recent New York City E-Prix last week that “it has always been the intention to have a car to look different.

“From the first generation the cars looked different. 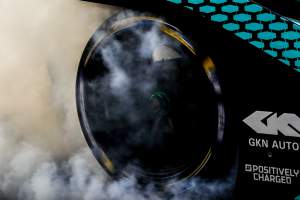 “The tyre regulations are different because it is the only category where you cannot change tyres or whatever for meteorological conditions, you run with the same tyre.”

Those tyres will be supplied by Hankook for the 2022/23 season onwards after it won the tender from Michelin, which had been the sole supplier since 2014.

The Race reported in March that Hankook had already started testing its product with an old GP2 car in secret runs earlier this year.

Adding further detail to the Gen3 plans, the FIA’s director of Formula E & innovative sport activities Frederic Bertrand has told The Race that the new car has been met with positive reactions.

One of the key challenges for Formula E designs is that they are set in the technical roadmap for four seasons. This brings challenges in ensuring the look and practicality of the spec chassis and its surfaces stay relevant – and essentially age well.

“The electric racing world is where everything is changing so quick, so we have the risk that we can become old-fashioned after one season, two season, three season and four seasons,” said Bertrand. 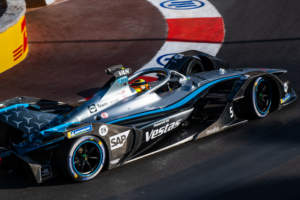 “This is something we have in mind and we will clearly go with a car which hopefully we will make an effect with at the beginning and we hope that the choices we did will keep the effect for the longest period possible.

“Between let’s say the design or let’s say the initial sketches, and the moment you need to do a car which fulfils all the requirements particularly the one on safety, but also the one on cooling, the fact that we have a single car for everyone, and we need to also offer some good spaces for the commercial aspects for the teams.”

Bertrand also described why the FIA wants a more nimble car. The original design brief for the cars via the official tender was to be 120kg lighter than the Gen2 cars, have smaller dimensions and an increase in power to 350kW, equivalent to 450bhp, from the current 250kW.

“Taking all these elements of the requirements and trying to make something which is proper is also a very good exercise but we feel we went to something which is simple, which is corresponding to the image of formulae on being new, different and also we wanted a car which is much more agile,” he said.

“Or let’s say, which looks much more agile than the one we currently have.”

It remains unclear when the FIA and Formula E will release images of either a mock-up or the prototype car which is currently being built by Spark Racing Technologies.

The Gen3 car is presently scheduled for a first run later this year before teams will receive production versions as their test and development car in the late spring of 2022.