I don’t know if the name Captain John Yossarian means anything to Alberto Longo and Jamie Reigle. But in case it doesn’t, here’s a brief refresher.

Yossarian, the anti-hero of Joseph Heller’s 1961 satirical masterpiece, Catch-22, strives to ‘live forever or die in the attempt’, as he endeavours to move heaven, earth and reality to come out of the second world war intact.

Longo and Reigle, of course, are not in a literal battle for life and death, but commercially and sportingly it’s actually not far off.

In Longo’s case he fronts the battle to secure the first official Formula E world championship season calendar, and it’s an attritional, maddening job at the moment.

Reigle administers the commercial and brand ammunition to fight a longer-term fight to be noticed more vibrantly in the future sporting world.

All this is set amid a theatre that also includes a potential looming shadow of ‘friendly fire’ from its neighbour, Extreme E. 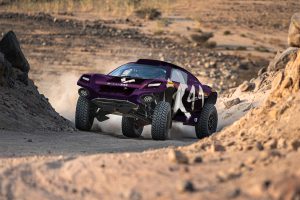 In particular, the task for Longo, who does a job that one team principal described to The Race recently as ‘extraordinary and exceptional on every level’, is mesmerising in its complexity within the present pandemic.

Consider that Formula E is now forming what is essentially a contingency calendar in case its already ratified 2021 schedule – which hops across four continents – is impossible to achieve, and there is little wonder that tensions are being displayed at some recent ‘zoom-athons’.

The pressures are immense, with 10 manufacturers, dozens of multi-national partners, thousands of stakeholder guests and the future health of probably the best motorsport start-up of the 21st century on the line.

All this crackles, even before you get to the pressure of a first world championship season and the eagle eyed suits of majority shareholding Liberty Global executives focusing on every detail of what is essentially a monumental crisis management exercise.

The practicalities are endless for Formula E to get its most important season to date underway. The clock is ticking at what seems a nightmare-like expedited pace.

First it has to confirm the annual promoters test at Valencia, which has a tentative date of November 28 for what is likely to be three or four days of running. Then the freight will either have to be sent via sea to Santiago, or held at Valencia for the contingency plan to kick in. 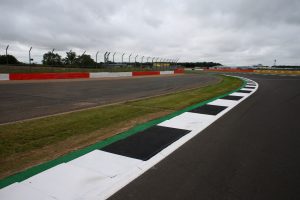 The Race understands that confirmation of the test being held at Valencia could come as soon as tomorrow. But underlining the see-saw nature of Longo’s job comes news today that the Spanish government has this morning ordered a full lockdown in Madrid which could extend to other parts of the country in the coming weeks.

The maddening problem for Formula E is that if it waves the freight goodbye straight after Valencia then it is obviously the point of no return for sticking to the original Santiago start for the first world championship campaign to begin.

The teams need to know either way ASAP.

This is for several reasons but essentially everything works back from when the race freight leaves for the first race. This is why there has been no definitive confirmation of the group test just yet.

For the teams this means that they have to make sure all of their race team equipment is serviced and/or updated in time for a date they don’t yet know.

Also, practically speaking, a new ballastable seat design is being used this season, to cater for the new to Formula E 80kg driver plus seat rule. 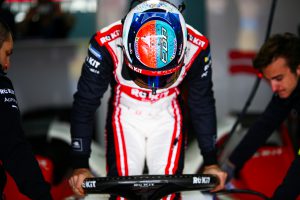 This puts the driver in a slightly different position within the car, so all drivers will need new cradles ahead of the season. Each seat takes a day and is done by preferred specialist seat makers based in the UK.

Teams are expected to be competing for slots there, and to get a convenient slot for this to be achieved. This is all on top of the cars and bodywork being livery-wrapped, which will likely have to be done ahead of the Valencia test.

In addition there is compulsory medical and safety training to schedule and execute for teams, plus myriad other tasks that take days, if not weeks, to accomplish.

This is why it is so vital to get a date for freight collection as early as possible, “because so many dominos are dependent on it,” one team manager told The Race this week.

Then there is the status of the championship and its drivers in terms of if they get ‘elite sport’ confirmation via liaison with an ASN.

Formula E Operations (FEO) is a UK based company and it is in constant touch with Motorsport UK but a status for being granted as an elite sport and being able to be granted special measures, as per Formula 1, has not been pursued. FEO didn’t respond to a request for comment on why this was the case.

As well Longo’s comments to The Race, Reigle, CEO of Formula E, had already confirmed contingencies were being put in place to ensure the championship can provide a suitable calendar of events next year. These were made at the online FIA Smart Cities Conference held last week.

“I think that for someone in the live events business that presents challenges with respect to planning,” Reigle said from his home in Hong Kong.

“We get a lot of questions from our stakeholders: ‘where are we going to be in 2021?’

“We have plan A, plan B, plan C, because each country, each territory has its own rules and regulations.

“I would love to see a little more consistency across those geographies, even though of course, the profile of the virus is different by country and of course, we need to be able to respect that.”

Reigle cited the success of the Berlin Tempelhof events in August which completed the 2019/20 season and could inform a rejigged calendar.

“[The Berlin races] allowed us to look forward with confidence. Even though COVID, I think will continue to impact us for some time, we’ll be able to adapt to that reality,” he said.

“The challenge is we’re in the live events business, in the automotive sector, and a lot of those themes are really challenged in this environment.

“We have to be able to innovate and so as I look at 2021, yes, we need to ensure we can deliver a championship.

“Cities are hubs of innovation, hubs of progress and creativity. And we’re really challenged right now where people can’t travel and congregate.”

Although stopping short of saying that 2021 was critical for the future of the all-electric championship, Reigle did emphasise the commercial elements of the business.

“Next year, what we really need to emphasise is this working for our teams, our manufacturers, our sponsors, and our host cities, because ultimately, we are a business and we have a business model and the business needs to be trending well and profitable, in order to be healthy.”

Between the lines of Reigle’s carefully chosen words lies a dawning reality that 2021 is a true make or break year for Formula E. Unlike F1, it is not established enough to subsist either financially or sportingly in an environment that could compromise its very DNA – racing in purely city centre locations.

That may sound dramatic but when one considers English football clubs, some of which have 120-year heritages, are already being lost to the sporting landscape, and several premiership rugby union clubs say they are on the brink of bankruptcy, then there is a real threat that major motorsport institutions, teams and suppliers will also struggle to make it through a winter that fosters a potentially devastating second virus wave.

The reality is that the COVID-19 pandemic is likely to instigate the short-term sports market’s annual growth rate reducing from 8% to 3.3% in the next three-five years. This is according to disclosure of a new study that was undertaken by renowned professional services firm PricewaterhouseCoopers (PwC) recently.

It gauged opinion from 780 sports bodies across 50 countries and concluded that “the sports sector is just not used to external crises, as its major blowbacks often came from within the industry itself (eg: corruption and doping)”.

“This has shaken the sense of security and untouchability in which the sector has wrapped itself in recent years,” it added.

“In many instances, risk management and contingency plans were not in place. Short-sighted funding, cash flow and cost management practices were drastically exposed.”

That’s not to imply Formula E can be tarred with such specific brushstrokes. On the contrary, its crisis-management from last spring through to the completion of a successful (in the circumstances) end to last season was rightly lauded throughout the industry.

Yet, mix in the possibility of several manufacturers seriously weighing up future commitment to the third rules set at the end of 2022, which they have to give a clear answer to by next June at the latest, then 2021 gains more importance by the day.

In Catch-22, Yossarian’s buddy, known simply as ‘Orr’, eventually escapes the hell of war and retreats to a life of peace in Sweden.

But there’s a twist.

His escape comes via deliberately crashing his plane into the sea in order to save himself and swim to more neutral and peaceful waters.

While Formula E’s plans do not include such overt self-endangerment, it could well be that 2021 is given over to a form of dramatic sacrifice (city races) in order for simple stability and survival to at least be achieved.