The 'baby of the FIA' has grown up: Formula E under Todt - The Race
Skip to content
Formula E

The ‘baby of the FIA’ has grown up: Formula E under Todt 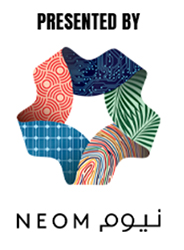 Using power effectively, responsibly and positively is a major part of any job, but when the job is as vast as being the president of the FIA, it is a particularly major undertaking.

If that power has to be applied to a significant new start-up – such as was the case at the beginning of the last decade with Formula E – then the gargantuan aim and objective calls for a great deal of forethought in harnessing and applying that power and influence.

For Jean Todt, he made it clear from the outset of his presidency in 2011 that he wanted to create the world’s first all-electric single-seater competition. But there would be many bumps in the road.

Yet it flourished into a fully recognised world championship in just over six years, and Todt, along with Alejandro Agag, should take a huge amount of recognition and plaudits for making it happen – and for establishing its unique character.

“I remember on that I had some difficult discussion with Alejandro because of course it would have been easier for the promotor, easier and cheaper, to host it on normal circuits,” Todt told The Race’s Sam Smith, who featured some of his conversation with the FIA President in the book ‘Formula E – Racing for the Future’, which was published earlier this year.

Once the bespoke street circuits became de rigeur in Formula E and Liberty/Discovery had stabilised the entire project, the issue of the second rules set was one that Todt wielded his famous effective and hands-on power towards. He was determined that the design gave the right message, and that the goal of eliminating mid-race car swaps was met.

“After five years we were able to be able to have a regulation [Gen2], which was very important to have a car that can look futuristic because electric technologies is kind of one technology for today and for the future and so we managed to have car with a futuristic design in looks and also able to do one race with one car,” said Todt.

Another key step was the arrival of the Liberty/Discovery stakeholding in 2015 which Todt described as “really giving solidity to the championship” after some initial troubles on the financial front.

“The problem in hosting this kind of race in cities is very much the money side,” he said.

“First you need to have the proper authorisations, which is not easy and it’s quite high investment to be able to modify the city and to be able to answer positively to all the safety requirements.”

The commercial and business structures were integral to the fabric of such a new and forward-looking championship, but it also needed the endorsements of the automotive and motorsport establishment to gain the place in the “elite” level of racing that it needed.

“I always say it’s the baby of the FIA, but I have to stop this soon,” said Todt of FE.

“You start as an FIA championship and then the next step is to go and be part of the elite of the FIA events and to become a world championship.

“Over the years I consider that Formula E has gained all the credentials to become an FIA World Championship [which it did in 2021].”

Todt has knowledge and experience of how major manufacturers work after his phenomenally successful management stints at Peugeot and Ferrari. There are few others in the motorsport industry that have this depth perception on how manufacturers and championships can coexist favourably. 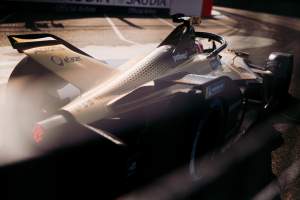 “They fight on the track, but on the side clearly they communicate together,” he said.

“But I would say it happens in most of the FIA championships because there are so many common interests, so I would not think there is so much different between Formula E and other championships at the level of cooperation and collaboration amongst the different stakeholders.

“I think that with the new championship people love the spirit around it and everybody’s positive, which is very important.

“So everybody is promoting positively the championship and it is something which is very important.”

“You know, at the FIA; we have two pillars. One we are the regulator and legislator of motorsport and the other one through our automobile clubs,” he says.

“We are service suppliers to road users so also again hosting the racing, the races in cities, allows us to give more attention to cities and so it is a very good combination.