The Nissan e.dams team will start the new Formula E season using the powertrain spec from its previous campaign rather than introducing a newly-homologated technical package.

The Japanese manufacturer, which has its base with the DAMS organisation at Le Mans in France, has chosen the second slot available to it in the new homologation criteria. This means that it will be able to introduce a new package for the first scheduled European round, which is presently the Rome E-Prix in early April.

Nissan e.dams is likely to be one of several teams choosing this option, which will allow them extra testing time. The measures were introduced in the summer in an effort to manage costs over the final two seasons of the Gen 2 cars.

Oliver Rowland scored his first Formula E win with the Nissan IM02 car in the penultimate round of the 2019-20 campaign, when he dominated the race from pole position.

His team-mate Sebastien Buemi failed to score a win for the first time in his six season Formula E career, although he did achieve 51 points in the Berlin residency races, which were crucial in securing the teams’ runners-up position in the final standings. 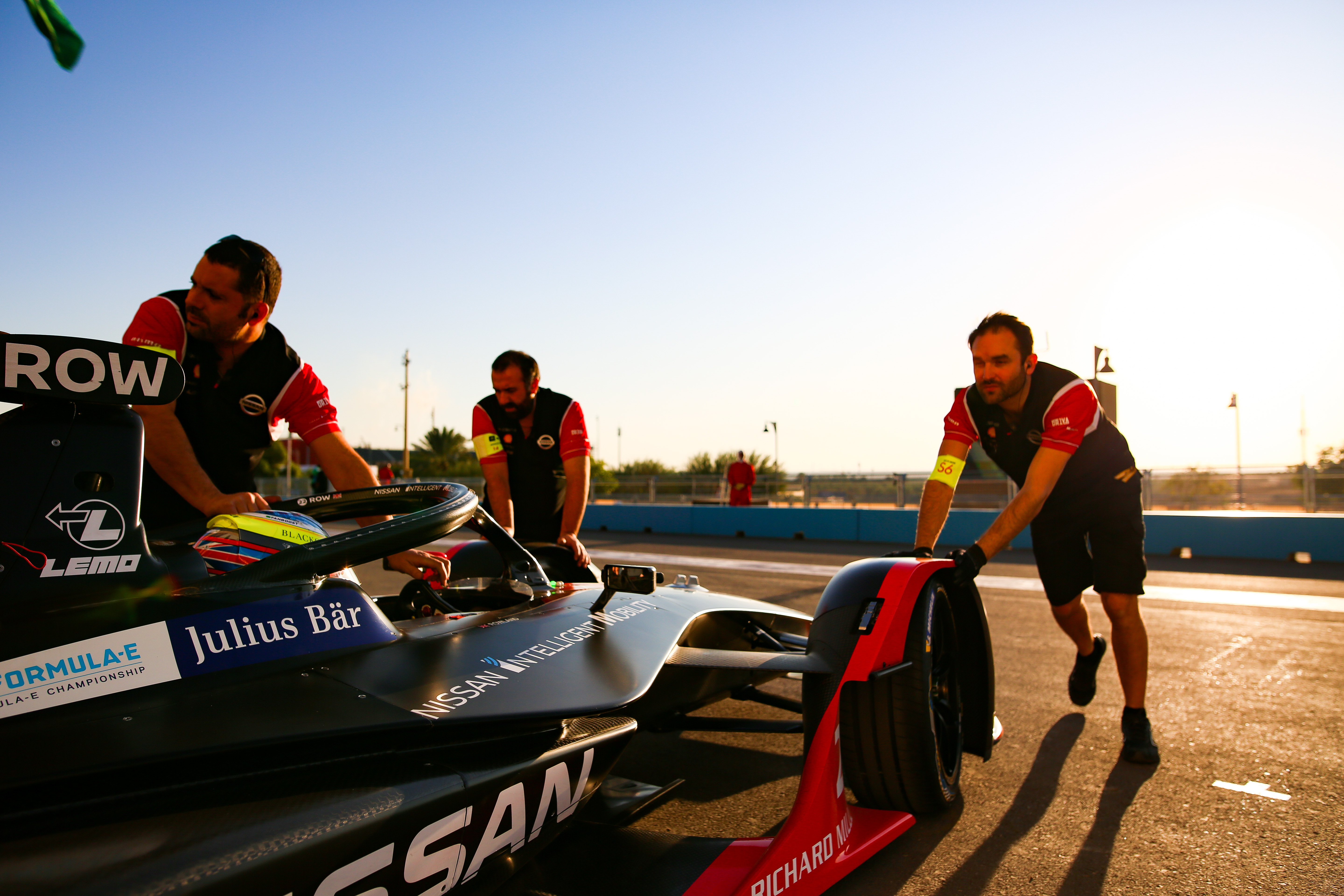 Rowland has completed recent testing for Nissan e.dams at a newly-configured test track at Calafat in Spain, while recent Le Mans winner Buemi will join his team-mate for further tests this month.

“We went on track doing some testing track again in September, to proceed and to do some further development,” Nissan e.dams managing director, Francois Sicard told The Race.

“We have other testing in October, as well. We decided the slot for the introduction or our evolution of the powertrain is for the first European race. So we are not going to introduce [it] for the start of the season.”

Sicard further elaborated on the decision to homologate in the second available window, saying that the homologation decision was “to try to benefit from the knowledge from the end of last season.”

“We knew where we were strong and where we were still weak, and [will] try to get some more time to further develop the powertrain and to maybe introduce some new developments.

“So, we take this opportunity to make some further developments. I don’t know if everything is going to be introduced. But this is the purpose of this testing to try them and see if we can put them in for the new homologation.” 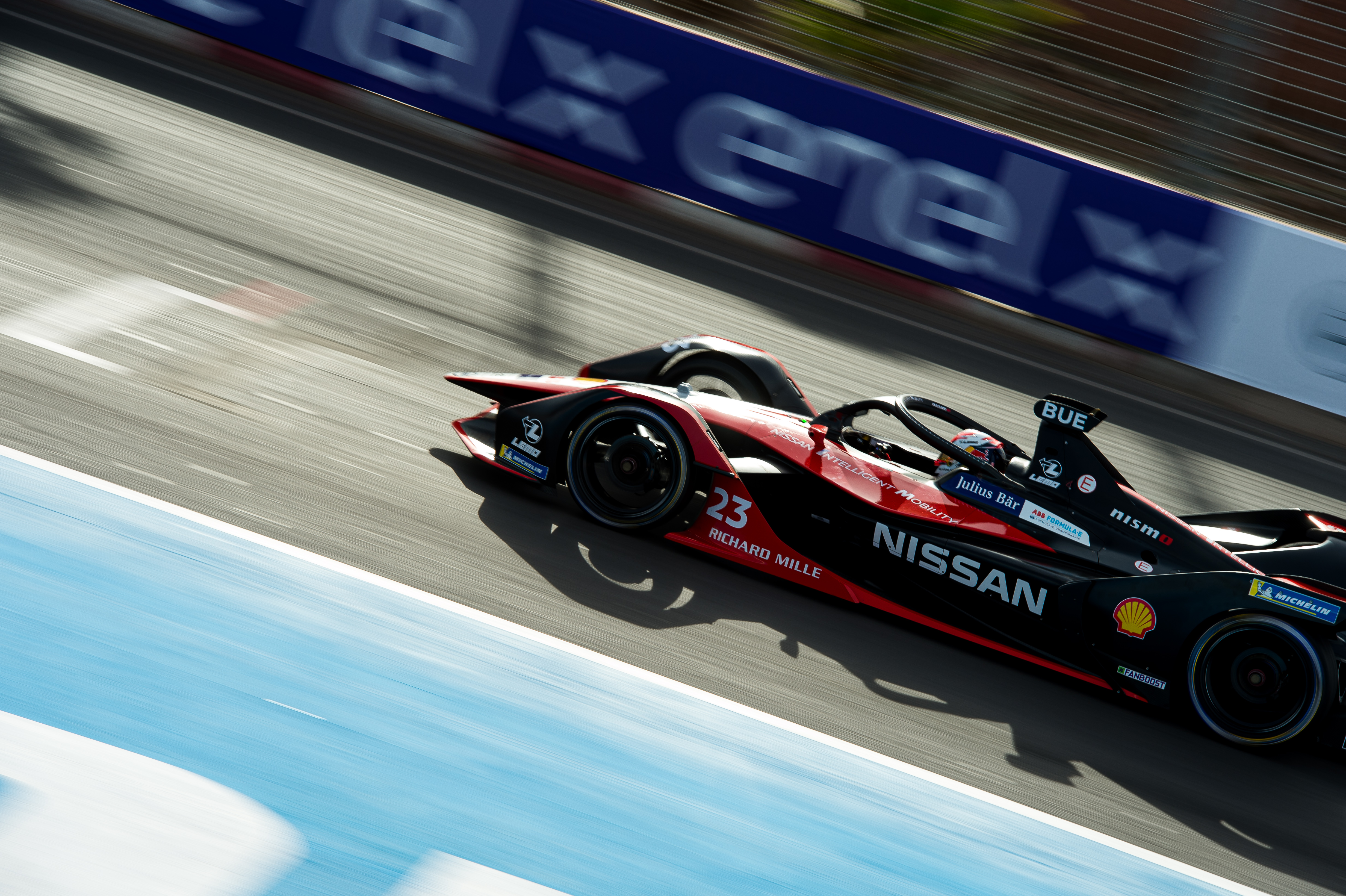 Nissan’s global motorsports director Tommaso Volpe said that the knock-on effect of having to change its powertrain from a twin-MGU set-up in 2018-19 to a single-motor design last season also informed the decision for the forthcoming 2020-21 campaign.

“In a way we didn’t have enough experience at the beginning of the season,” Tommaso told The Race.

“It was a learning curve for us. But we did an amazing job, I think, first to be ready in such a short term, and then also to recover during the season.

“In a way the interruption in the championship gave us the possibility to focus on some areas.

“I think the races in Berlin showed where Nissan e.dams really are. So it is our real positioning in a way.”

In addition to Nissan e.dams, it is believed that reigning champion DS Techeetah will also wait to introduce its new powertrain.