More than fun: how da Costa's test could bag an IndyCar seat - The Race
Skip to content
Formula E, IndyCar

Reigning Formula E champion Antonio Felix da Costa will test an IndyCar next month, but a switch to America from one of the most extensively backed and momentum-packed series in motorsport, Formula E, may be more likely than it seems.

It may seem unusual that da Costa is taking this opportunity to seriously take a look at the States, having established himself as a frontrunner and now champion in Formula E.

However, he’s always been a big fan of IndyCar – American sports in general, in fact – and there’s plenty of links between him and the team he will test for, Rahal Letterman Lanigan.

Having run BMWs in the IMSA championship since the previous decade, treble IndyCar champion and 1986 Indianapolis 500 winner Bobby Rahal attended many a Munich-based BMW end of year Christmas party as team co-owner. 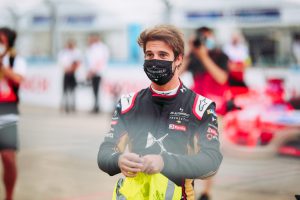 Da Costa raced for the marque in DTM from 2014-16 and regularly in endurance racing. He also raced for BMW when it entered Formula E alongside Andretti for the 2016-17 championship, until da Costa switched to DS Techeetah the following season.

“Every time over the last six years at the end of season BMW Christmas dinner I’ve always sat next to Alex Zanardi, and if Bobby [Rahal] wasn’t at the same table, he would be just in the seat behind,” da Costa tells The Race.

After his Marrakech Formula E win, da Costa says Rahal called him to flesh out the details, and now the 29-year-old will get his audition. 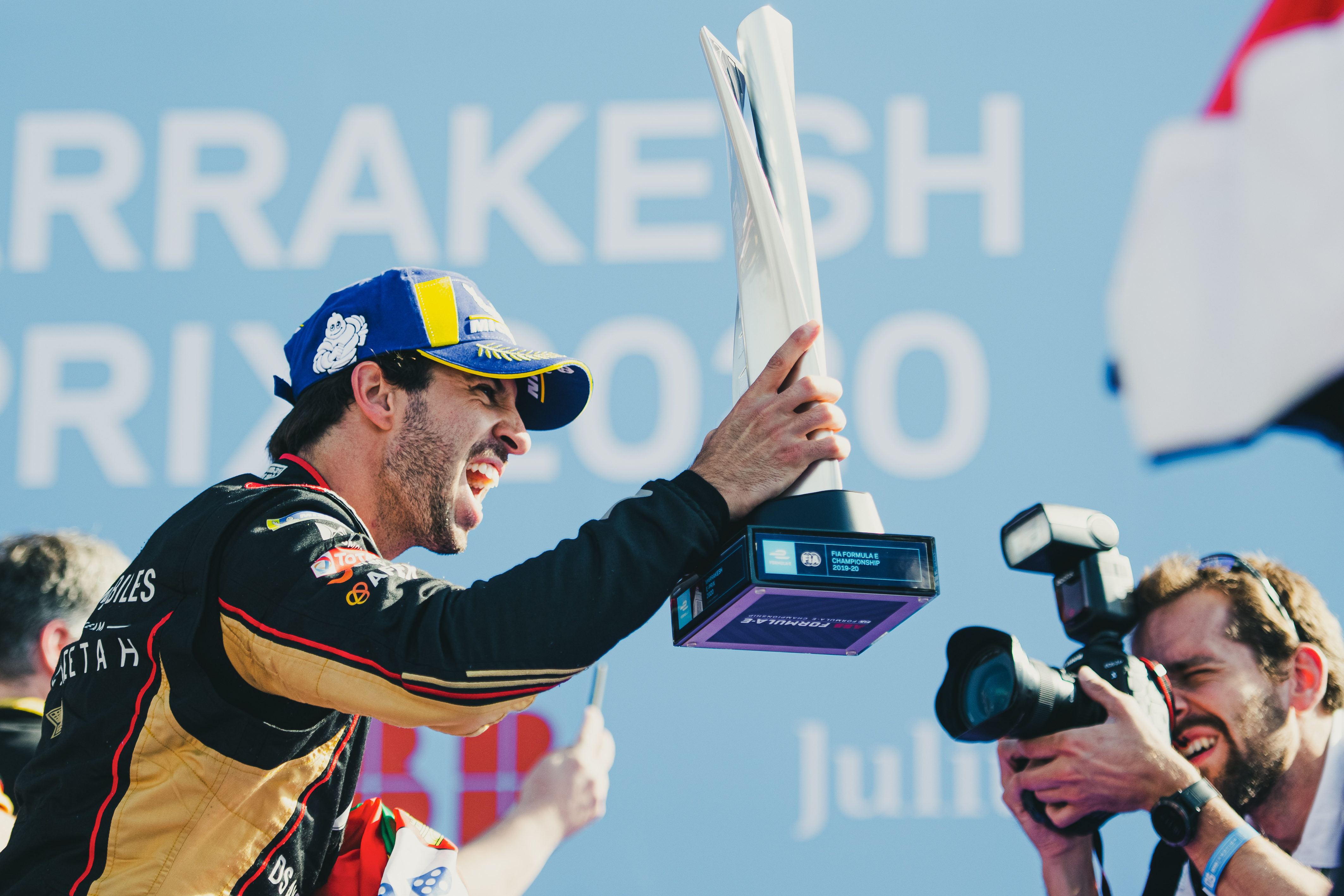 “Every time I’d see him he’d tell me I needed to give him a ride in the car,” Rahal laughs to The Race.

“But I wasn’t joking when I said ‘maybe one of these days’, and I’m just very pleased that the opportunity has finally arisen and we were able to put something together for the test.”

Da Costa will join the team somewhat on a high after winning this year’s Indianapolis 500 with Takuma Sato, and has just revealed plans for a new $20 million factory that will bring the IMSA and IndyCar programmes under the same roof.

The team also won last time it visited Barber Motorsports Park, where da Costa’s test will take place on November 2, with Sato in 2019, as this year’s event was cancelled due to the coronavirus. 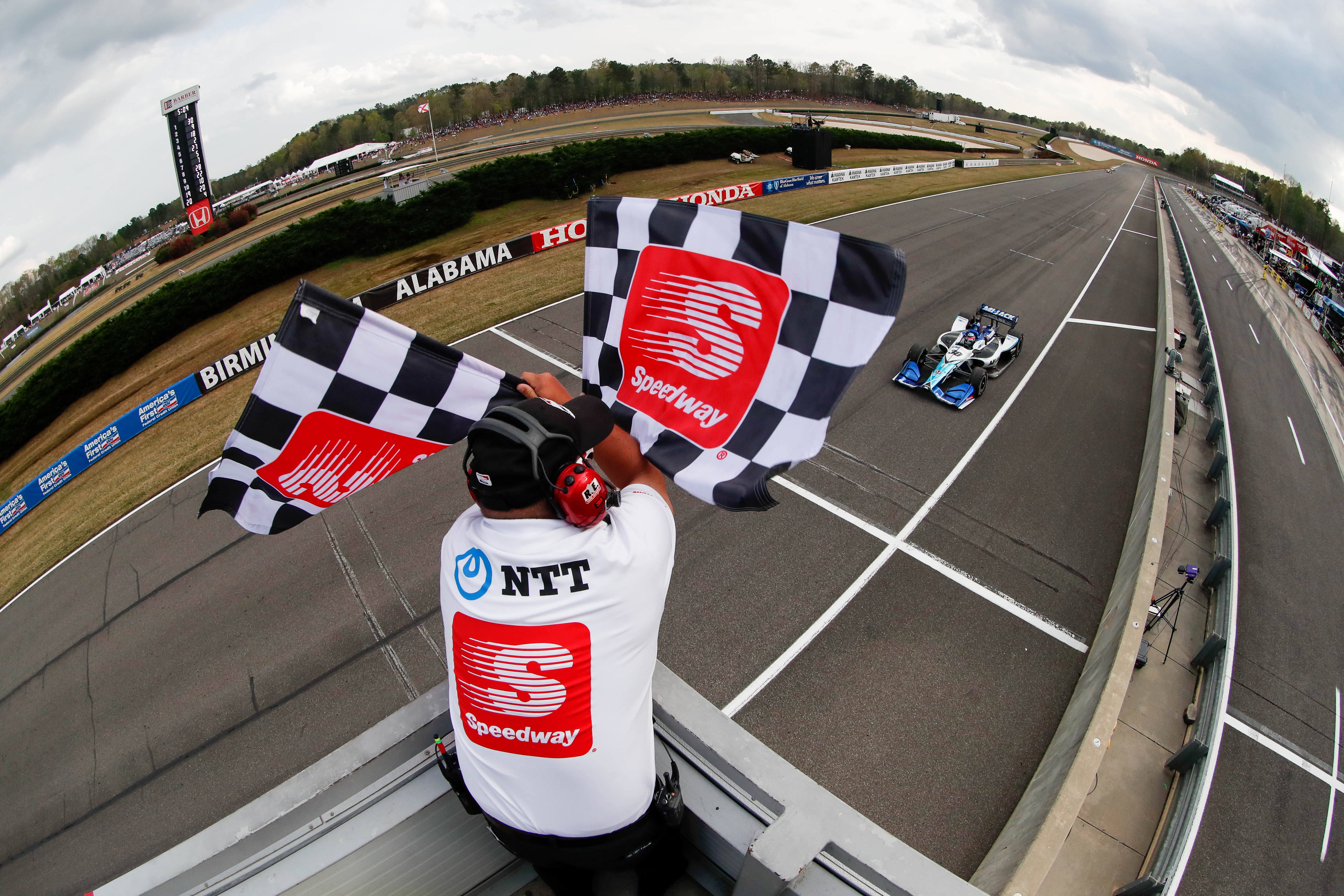 Having had a seat fit, da Costa said the team is “really good”, the workshop is “amazing” and “a lot bigger than I expected”.

Now all that’s left of his preparation is to train.

“Looking at the IndyCar itself, the car is a beast and I’m really curious to see what it feels like,” he adds, fresh off of meeting his friend and IndyCar regular Conor Daly last week before heading to his native Portugal to give demo runs in his Formula E car.

“I’ve spoken to Dario Franchitti and I also called Felix Rosenqvist. When I told them about the test they said ‘get to the gym!’.

“I’m curious because Formula E also does not have power steering, but there’s not as much downforce as in IndyCar obviously. So I’m curious to see how it feels.

“You know, to be honest, what I’m most looking forward to again is just driving a high downforce car.

“I’ve been doing LMP2 and in a way, it feels like I’m really young again and going up and up in terms of car speed, so it’s fun.” 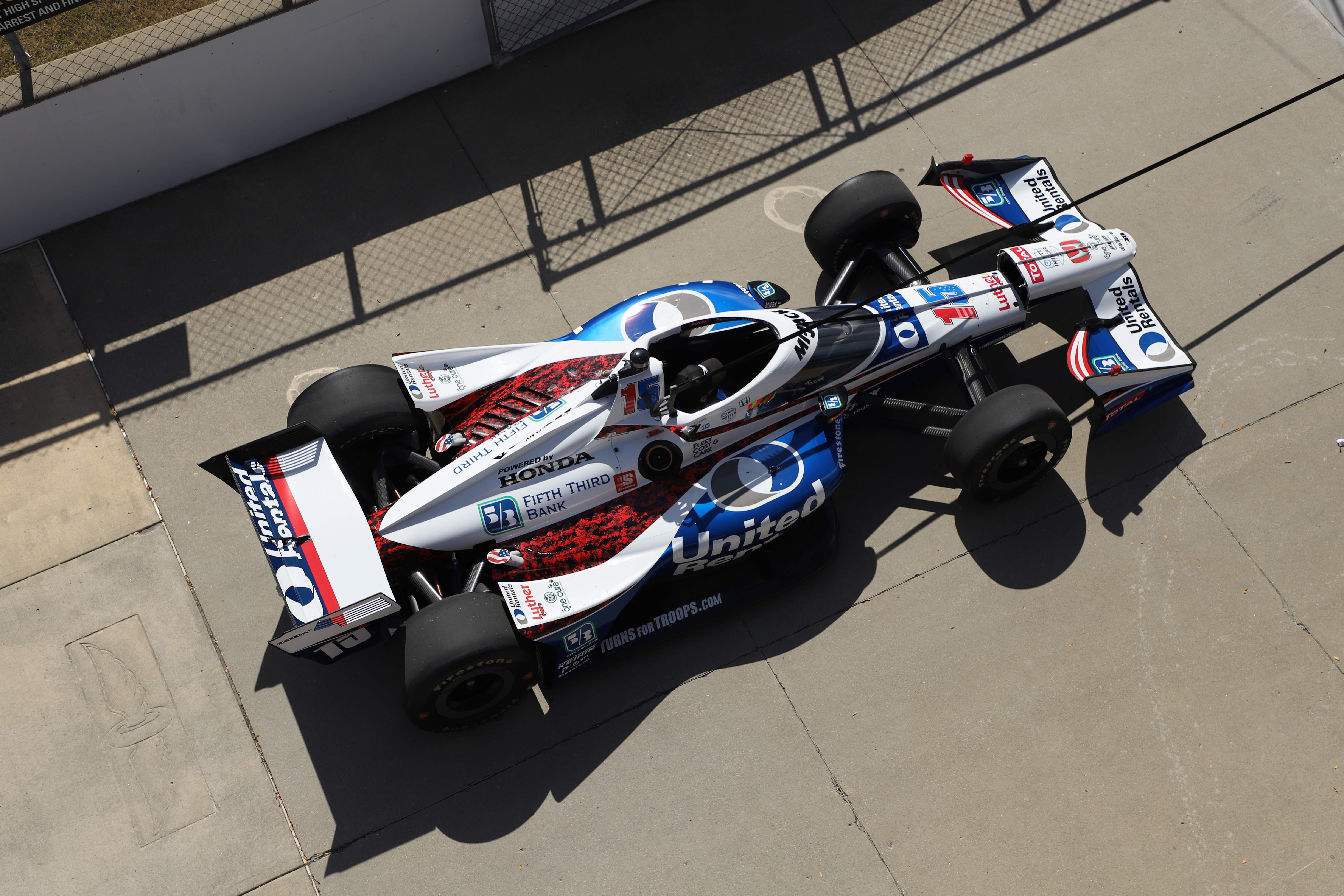 With a contract in place for next season and a chance to defend his Formula E title, da Costa is going nowhere until at least the 2022 IndyCar season. But then, both parties have admitted to being open to a deal to get the Portuguese driver over providing he impresses during his maiden test voyage.

While Formula E is bustling with manufacturer involvement thanks to its electric-powered road car relevance and close competition, news emerged on Monday that Techeetah’s owners had been in talks with Lawrence Stroll about investing in the team. While this didn’t come off, Techeetah is keen to invite new investment.

You have to think that even if da Costa were to part ways with his current team, there would be a large queue down the pitlane for his services in Formula E. But perhaps there’s just enough intrigue to tempt him back to a “beast” of a single-seater, as he calls it.

“For sure I wouldn’t go to the test just for no reason,” says da Costa. “I want to open my options, get a feel for what it’s like.

After so many years following this twitter page, a tweet about me! Look mum i made it to America! https://t.co/0iNRcsb4EB

“Then I have to say that I’m so happy and it took me so, so long and with so much hard work to get to a winning position [in Formula E] and to be with the best team like DS Techeetah is now, that it would take a lot for me to give that all away.

“I’m very grateful for this team and what it does for me and it would take a lot for me to just leave everything here and go away.

“But having said that, I’ve always loved Indycars, so let’s see what happens. For sure we’re opening a door and we will see how the test goes. I think the team, you know, they want to see how I get on as well and we’ll just go from there I guess.”

Perhaps complicating things further is the very strong possibility that da Costa’s close involvement with DS – Citroen’s luxury car brand – will lead to a deal with the new factory Peugeot Hypercar programme for 2022, should he commit to the group long-term.

After coming tantalisingly close to an LMP2 win at the Le Mans 24 Hours last month with the Jota Sport squad, Da Costa could have a genuine crack at an outright win in motorsport’s most prestigious 24 hour race should he choose to stay this side of the Atlantic. Peugeot was extremely successful when it returned to sports prototypes in the 2000s and won Le Mans in 2009. 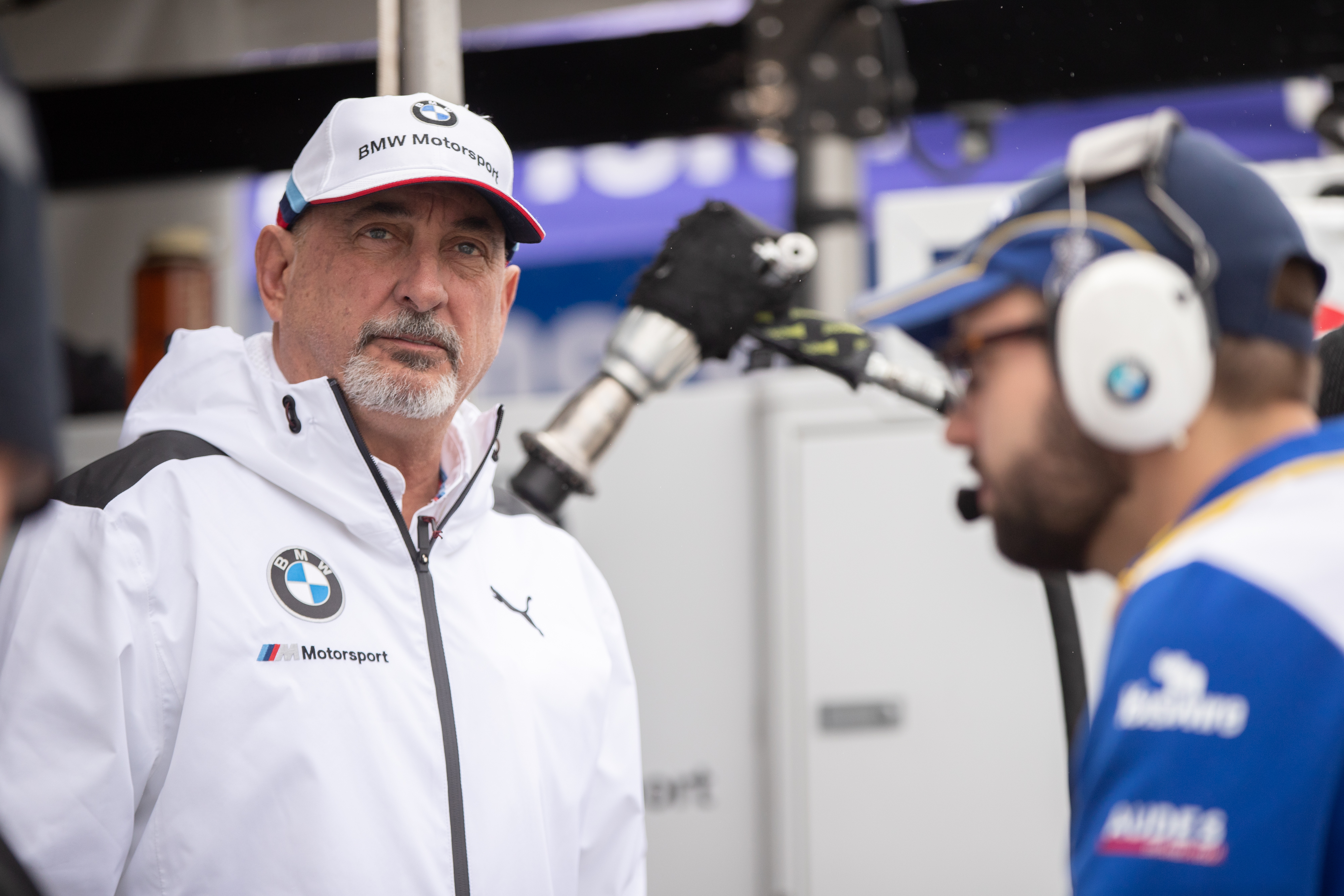 Rahal has experience with running F1-calibre drivers thanks to his time with Sato, and improving the team’s driving talent has to be high on the agenda it currently only runs two cars alongside the might of the likes of Andretti, Chip Ganassi and Team Penske.

Personnel improvements and the new factory on the way should help the team progress forward, but another top driver would make it a real threat.

Signing someone like da Costa would be a real coup, and the likes of Marcus Ericsson and Rosenqvist coming over to IndyCar and proving the series is not easy even in top machinery is only likely to appeal more to a proper racer like da Costa.

Asked if 2022 was a real possibility or if it was simply too soon to say, Rahal adds: “I think that’s probably a little ahead of us right now.

“However, I would tell you that, I think there’s a reason why we’re testing him. You know, it’s not just to do the test necessarily, it’s to see how he would fare. 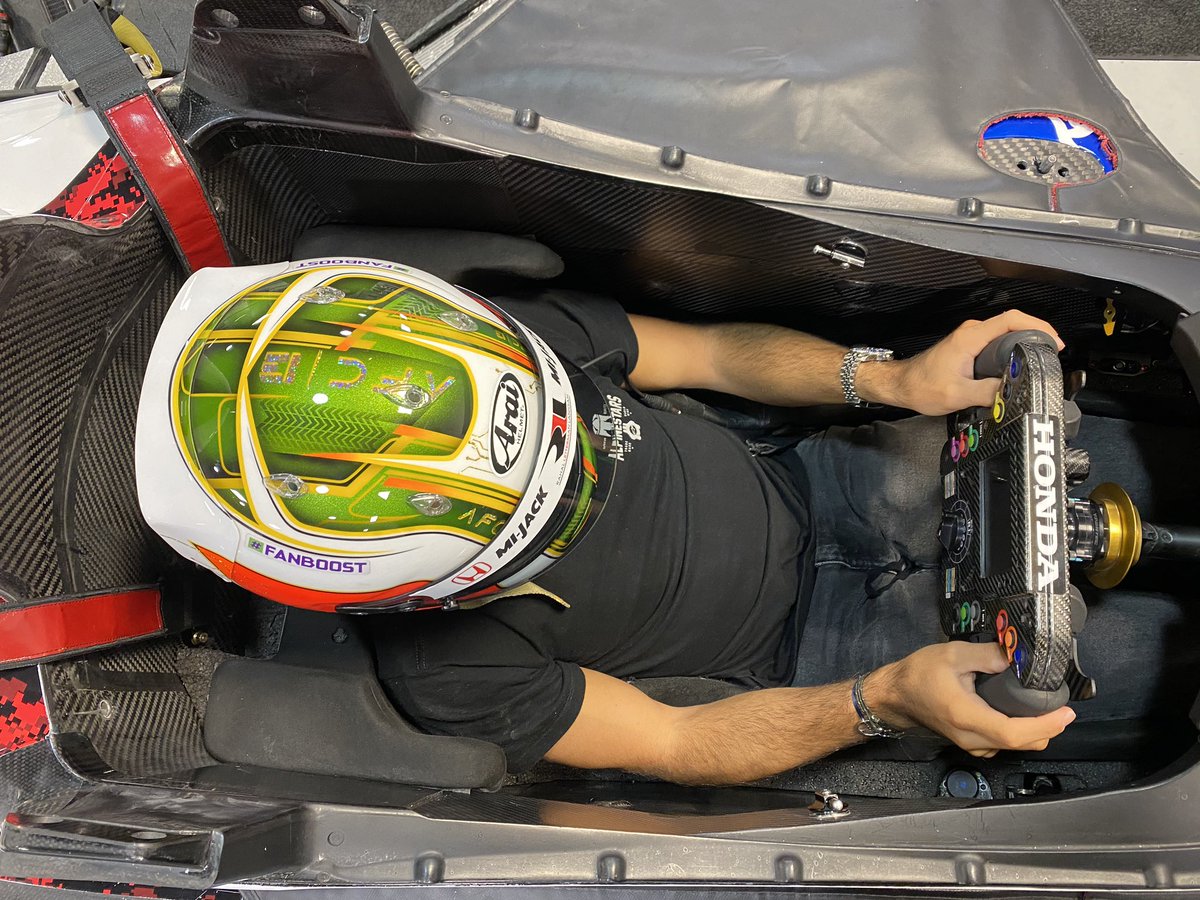 “I think Formula E is a very different type of racing as, to say, any other form of top formula racing. But it’ll be a good test for him, it’ll be a chance for him to see what it’s like and a good chance for us to see what he’s like and who knows what may come from that.

“But clearly, the reason we asked him to do the test was because he felt that he could do a good job.”

Clearly there’s a need from both sides to prove their worth to the other. Then there’s the doubt over whether da Costa really is up for grabs given his value to his current team and what others may be willing to pay to take him away and keep him fully electrified – or half-electric if his future’s hybrid at Le Mans.

The test is a toe in the water for both sides, but the door is open, and you can’t help but feel excited by the proposition of a driver of da Costa’s standard in IndyCar. 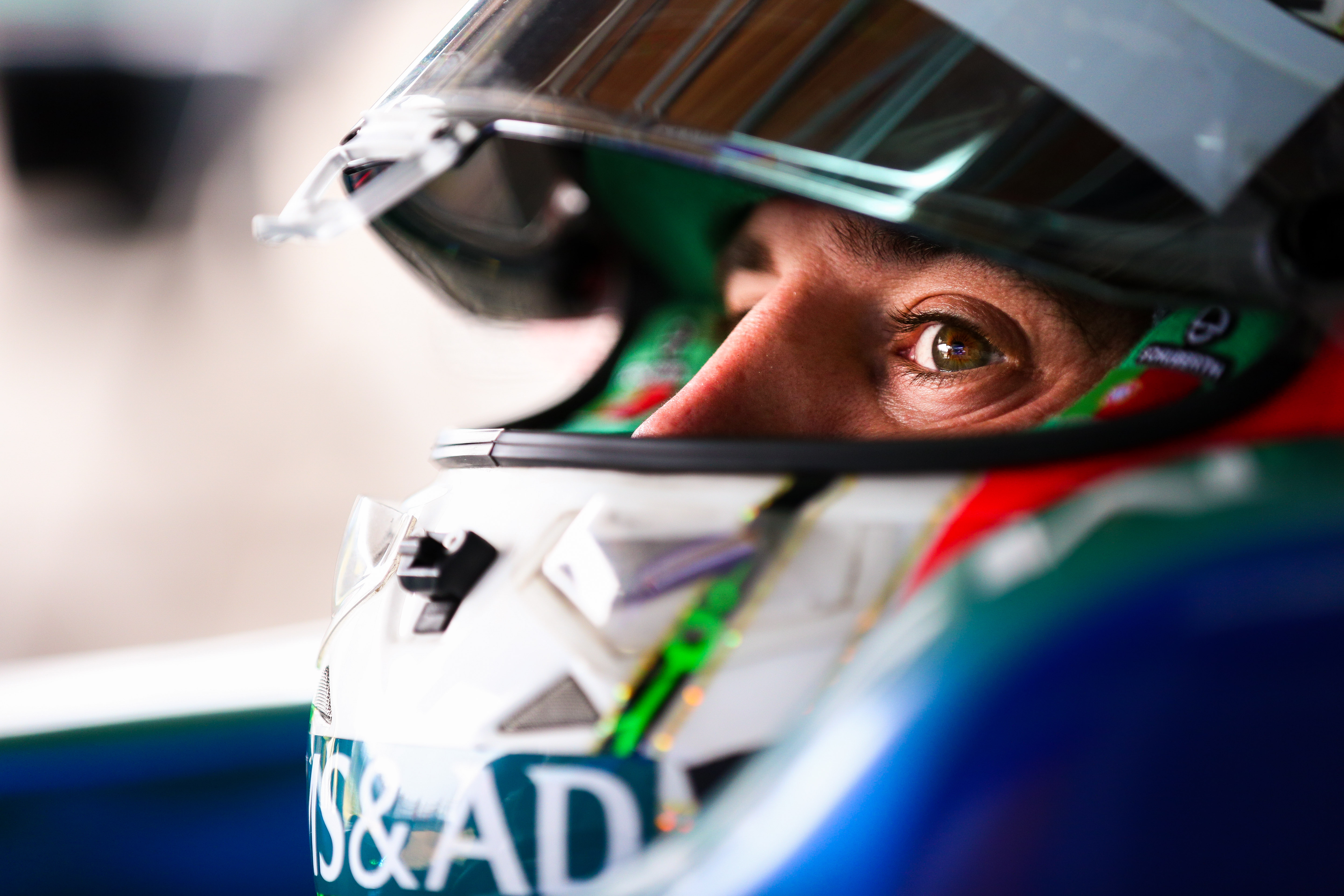