Mercedes stayed modest in first Formula E season - but what next? - The Race
Skip to content
Formula E

Mercedes stayed modest in first Formula E season – but what next?

That positive start back in Diriyah last November, in which Stoffel Vandoorne claimed two third places and thrust Mercedes into a surprise lead in the teams’ points standings, preceded more troublesome races that meant the squad was back in fifth in the championship heading into this month’s Berlin finale races.

The collection of 71 points, including another pole for Vandoorne and then the 1-2 formation finish for the ex-Formula 1 driver and team-mate Nyck de Vries yesterday, meant Mercedes jumped to third in the teams’ standings and Vandoorne finished as runner-up to comfortable champion driver Antonio Felix da Costa.

Team principal Ian James reckons Mercedes benefited from not adjusting its initial modest aims and objectives – which had just been to take a podium finish this season. 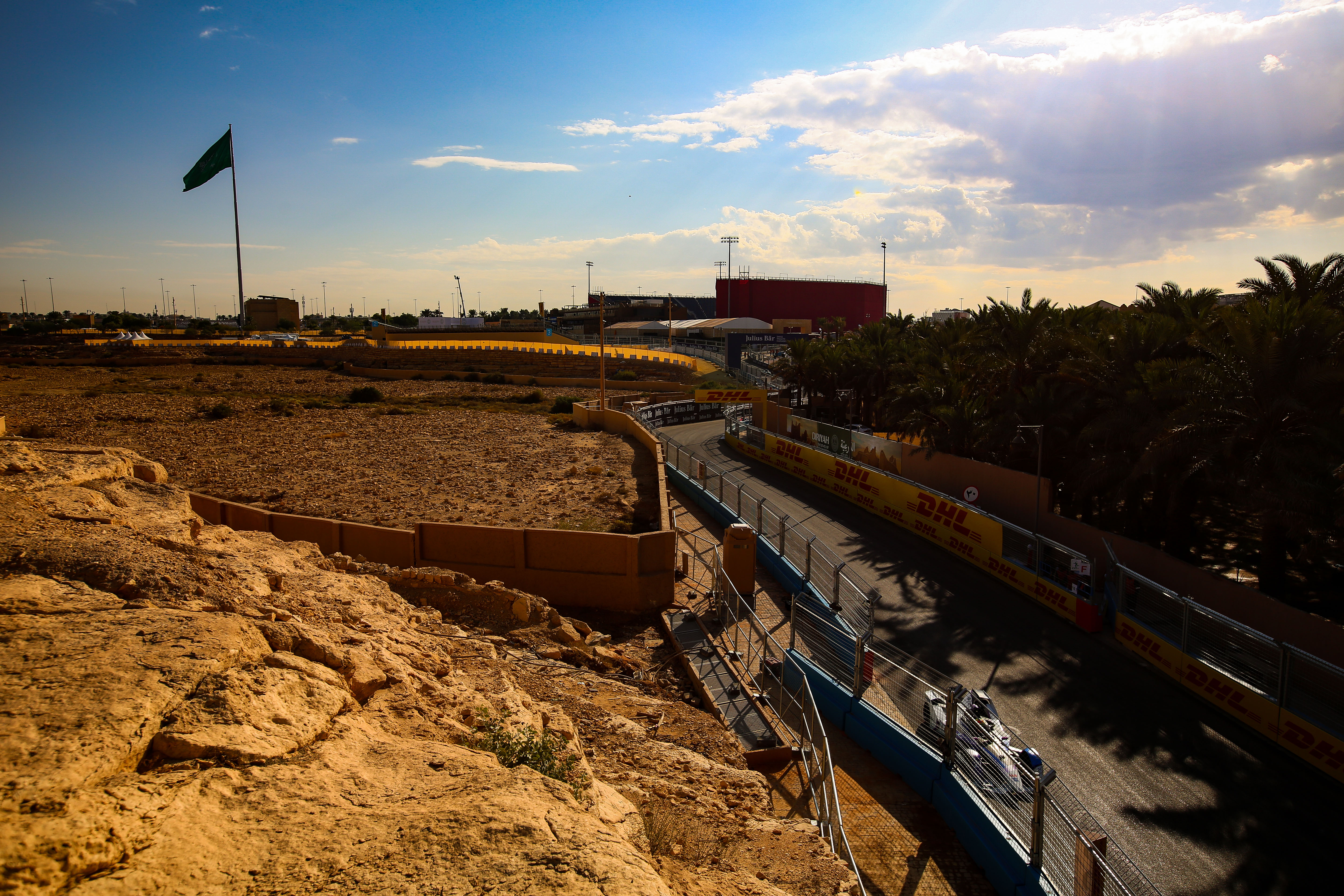 Despite knowing that in the right conditions the team could at least challenge for victory, James said that after the strong start the subsequent “drop off, in mid-season, or after the first third of the season,” helped the Mercedes “become stronger”.

“We still felt that there was performance in the car and if we could not make errors that were controllable, then we could put ourselves in a good position,” said James.

He added that it was “human nature to revisit, and to recalibrate targets,” but it was also “quite a dangerous thing to do”.

“Although I think everybody was doing that in their minds, it wasn’t something that we openly discussed, and I think that was the right approach,” he continued.

“There’s that old saying that if you look after the processes then the results take care of themselves. I think that’s something which, more than anything, applies to Formula E.” 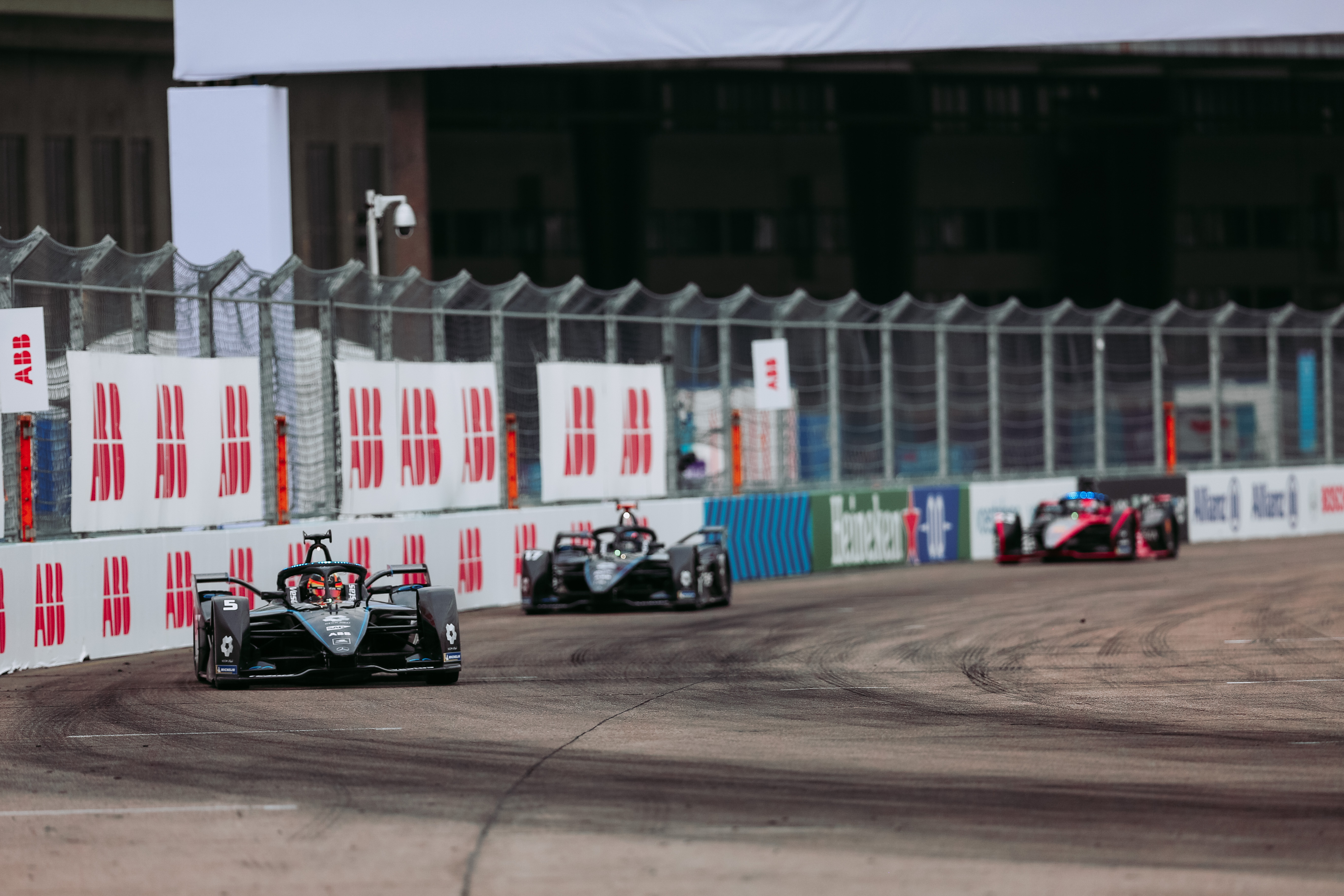 Vandoorne described his Berlin win as a “perfect race”, which he led for all bar one lap when he took his first attack mode.

“We feel relieved to have done it today because it’s been a bit frustrating for several reasons, especially qualifying here,” said Vandoorne.

“We kind of had the perfect race, no threat from behind.”

For De Vries the success also released a considerable pressure valve after he came close to achieving a podium position on several occasions earlier in the season. 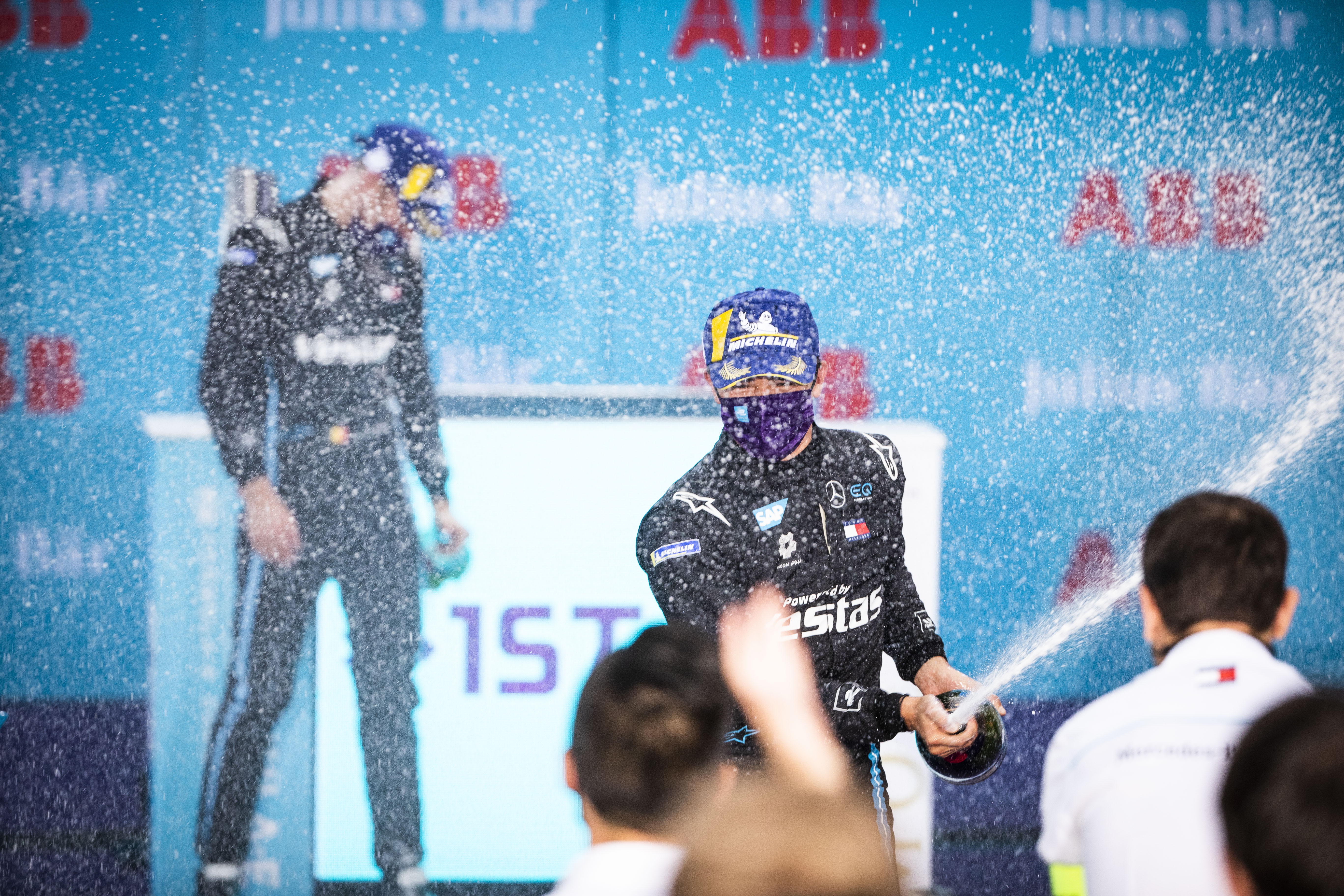 He actually finished third on the road in Santiago but was demoted to fourth when a penalty for a battery cooling offence was applied.

“It’s such a relief, it honestly it feels like a monkey coming off my back,” he said.

“It’s been a bit of a rollercoaster ride. I’ve been many times very close to the podium and we’ve been losing out on points quite a lot.”

A factual phrase all too familiar over the last six years elsewhere in motorsport.

But there is a clear distinction to make on the occasion of Mercedes, Vandoorne and de Vries’ fine formation finish in yesterday’s concluding race of Formula E’s season finale Berlin residency race.

Mercedes has everything it needs to scoop more 1-2 finishes. But so too do half a dozen other teams

Why? Because the technical make-up of Formula E strongly dissuades domination by anyone or anything.

That is why the stark stats of da Costa’s supposed command of the current campaign are somewhat deceptive.

True, da Costa was unbeatable in the first Berlin double-header and he stashed points voraciously. 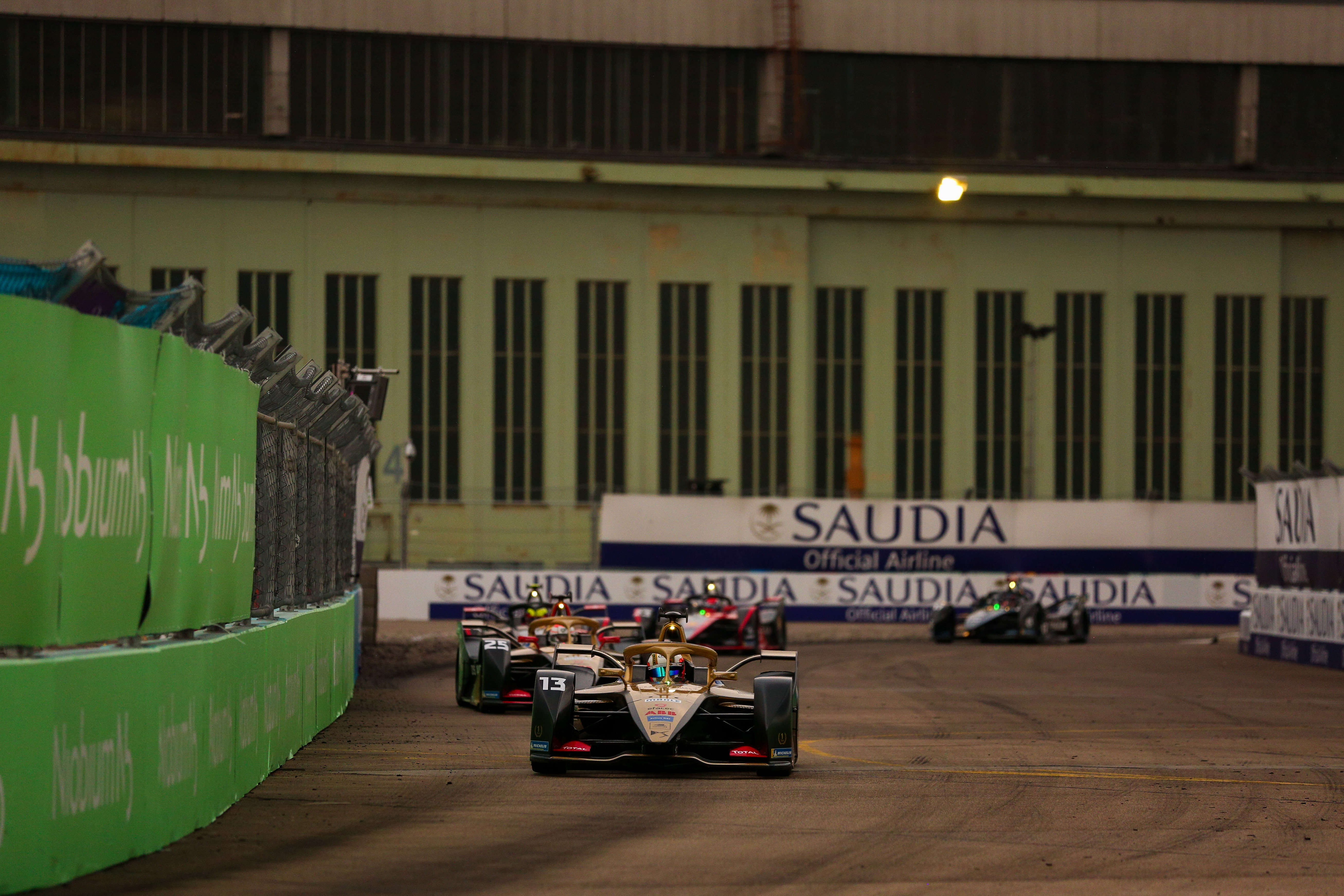 But the chasm that opened between him and his rivals was exacerbated by misfortune for those closest to him. An off-form Jaguar, an underperforming BMW and a mediocre Audi.

Then there are the quirks of this fractured season, half of which was conducted in a kind of dystopian netherworld at Tempelhof. Its trio of track configurations set the scene for something unusual to happen.

This it did. But unfortunately for organisers it wasn’t the usual chaotic tombola of winners but more a case study in operational and technical excellence from DS Techeetah and its Portuguese star. 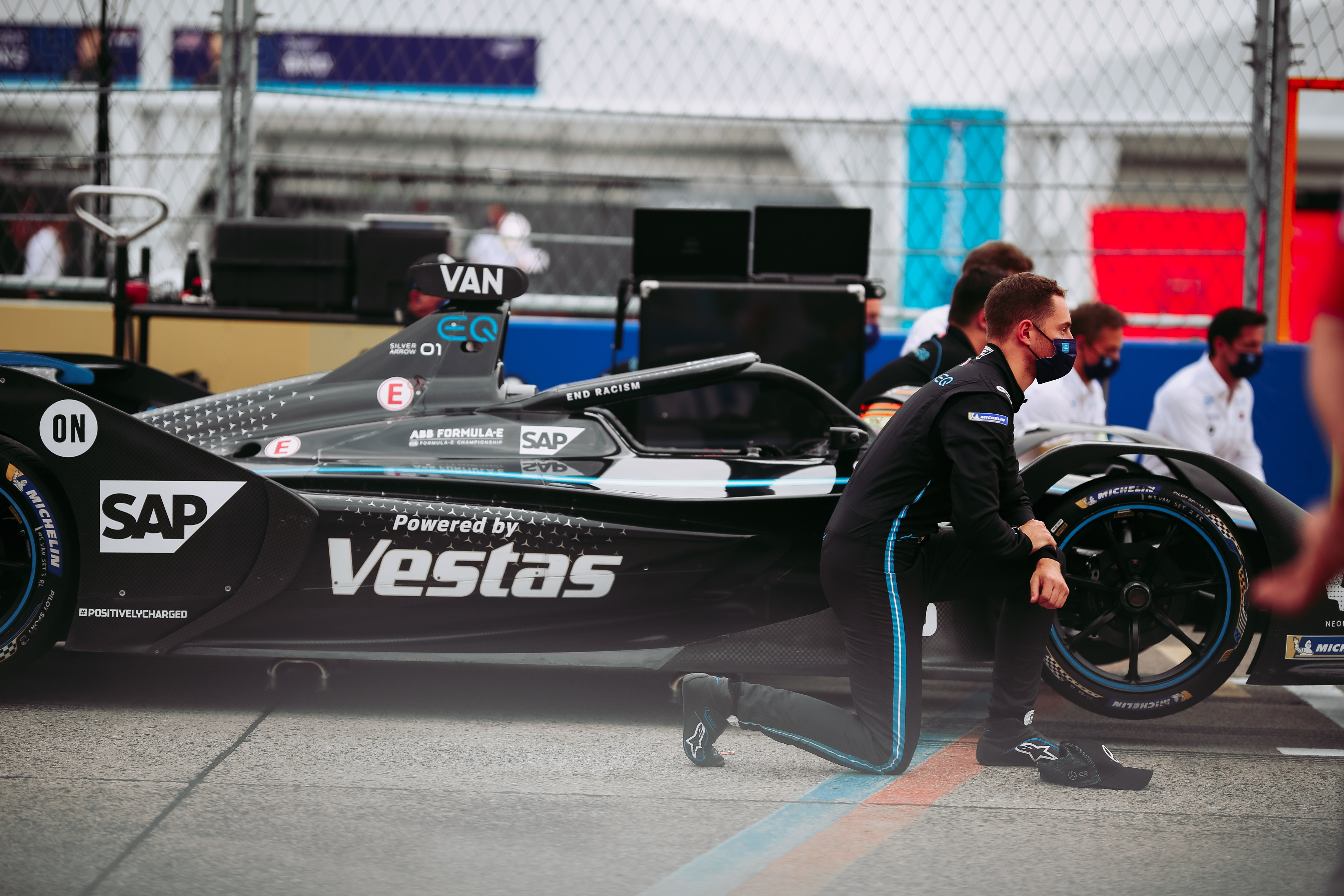 Mercedes’ Formula E arm has some serious might behind it, definitely, and it has the resources too of HPP in Brixworth and HWA in Affalterbach.

It has technical expertise from experienced F1 talents like Pierre Godof and Nick Chester melded to engineering talents like Franco Chiocchetti and Tony Ross.

In fact it has everything it needs to scoop several more 1-2 finishes.

But here’s the nub of it: so too do half a dozen other Formula E teams. 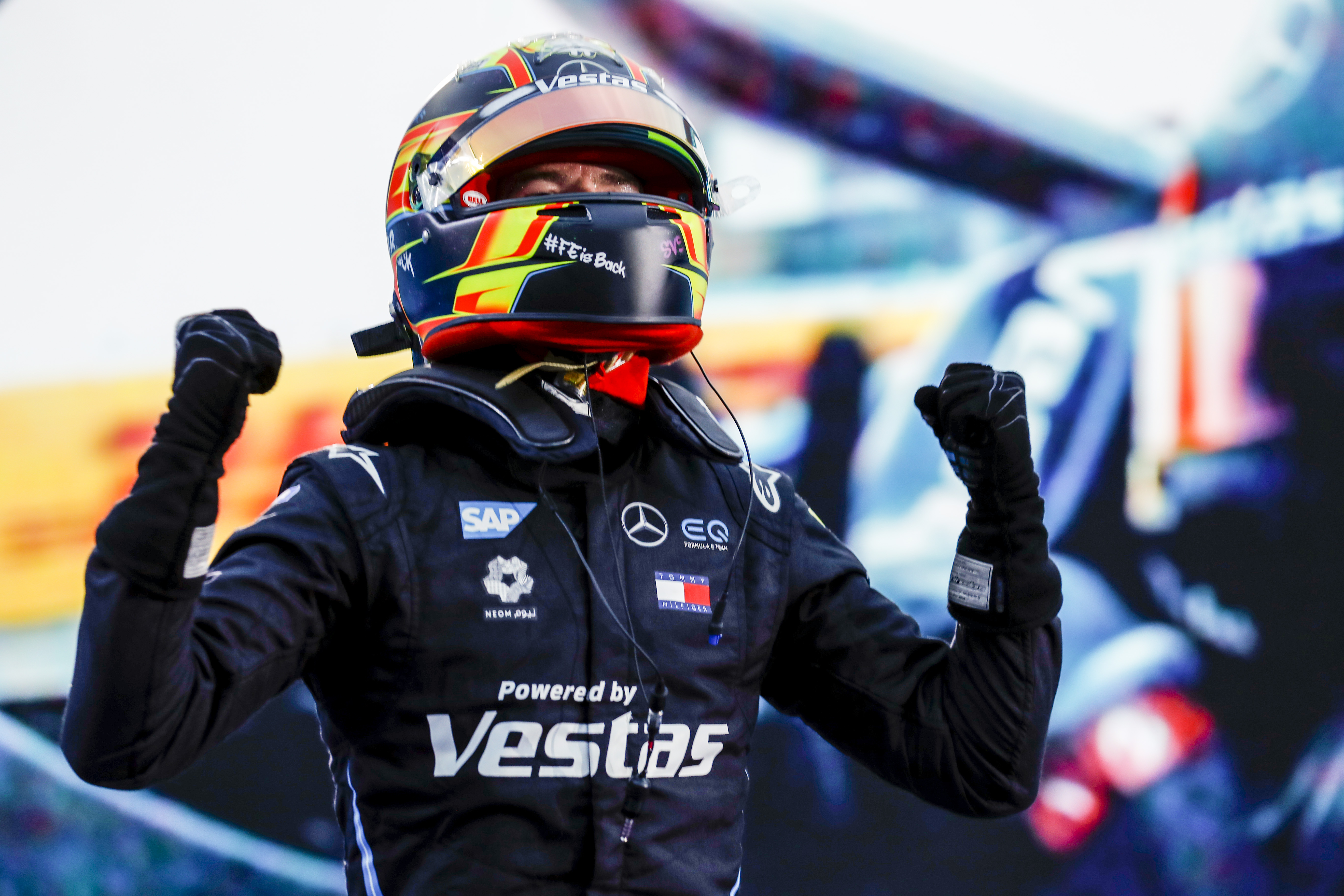