Mercedes Formula E team boss Ian James hopes that Stoffel Vandoorne’s Rome E-Prix victory will mean the end of “rollercoaster” weekends for the team and that the season will stabilise.

Mercedes made a successful final day of the Rome E-Prix weekend and in so doing reversed its topsy-turvy opening weekend in Diriyah earlier this year.

Vandoorne’s victory on Sunday ensured that Mercedes has maintained its 50% strike rate of wins in Formula E so far this season. But, as in Diriyah it suffered extreme contrasts across the double-header format. 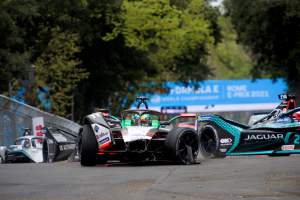 Prior to Vandoorne sealing Mercedes’ third Formula E victory, both he and team-mate Nyck De Vries spectacularly crashed out of the Saturday race.

This happened after Vandoorne attempted to clear a slowing Lucas di Grassi and his car lost adhesion after running over a manhole cover at turn six, causing him to spear into a hapless De Vries. 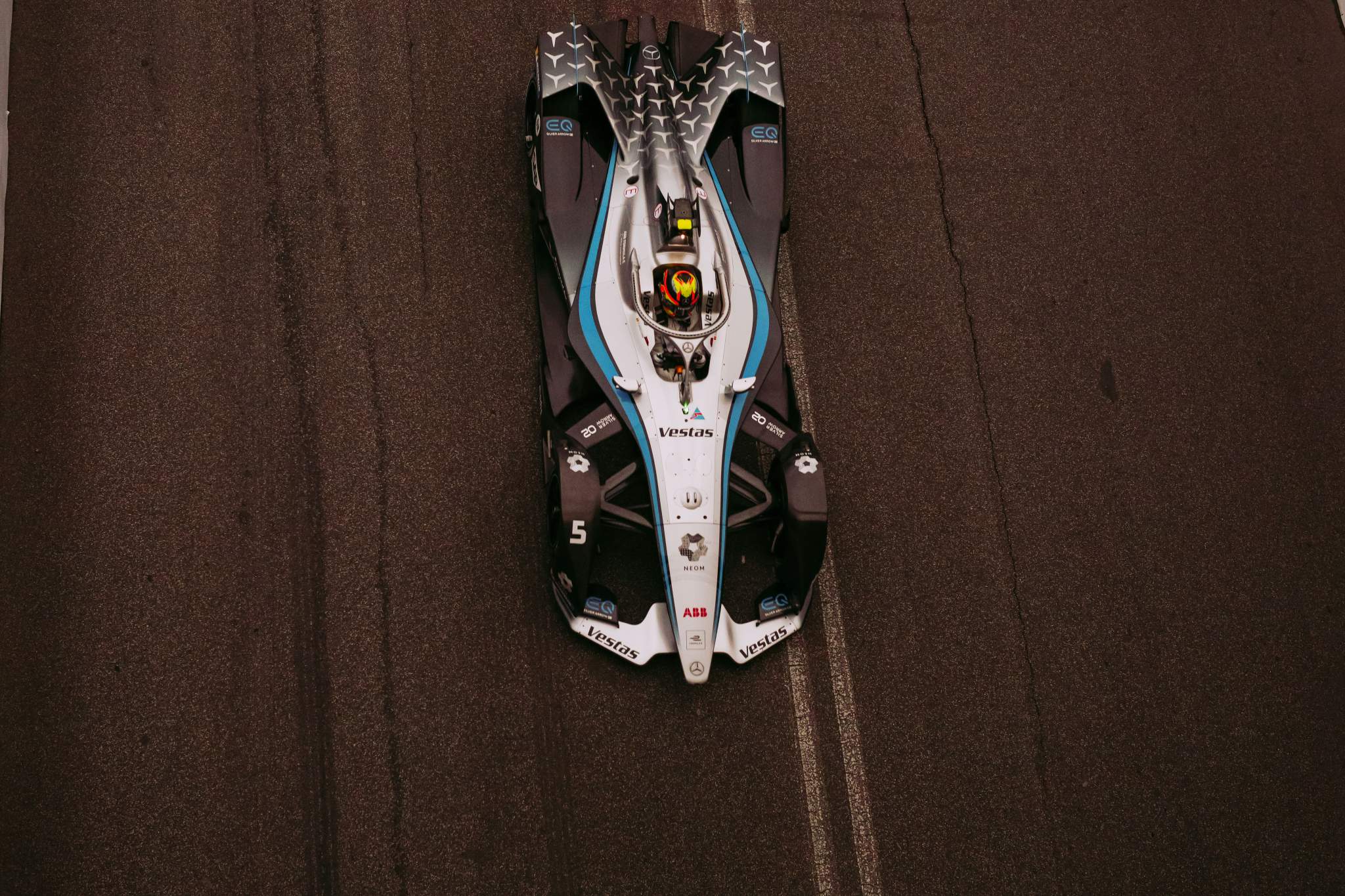 As a whole the weekend had echoes of the Diriyah weekend when De Vries won comfortably in the first race but both Mercedes’ cars were compromised on day two.

That was because they were not allowed to take part in qualifying after Edoardo Mortara’s brake-related accident ensured that all Mercedes powertrain supplied cars had to undergo thorough technical checks. 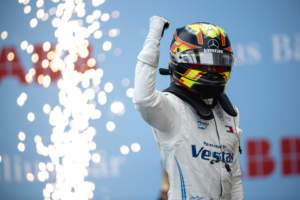 “What happened [Saturday] was completely out of our control, so in that respect, I think we just need to keep our head down and make sure that we executed the race [on Sunday] as we needed to,” Mercedes EQ team principal Ian James told The Race.

“When things don’t go our way and what could have been the same time and I think that’s what really helped overnight.

“The team is resilient, they can hit the reset button and bounce back and come back with the right focus and attitude on the next day. That’s what they did to their absolute credit.” 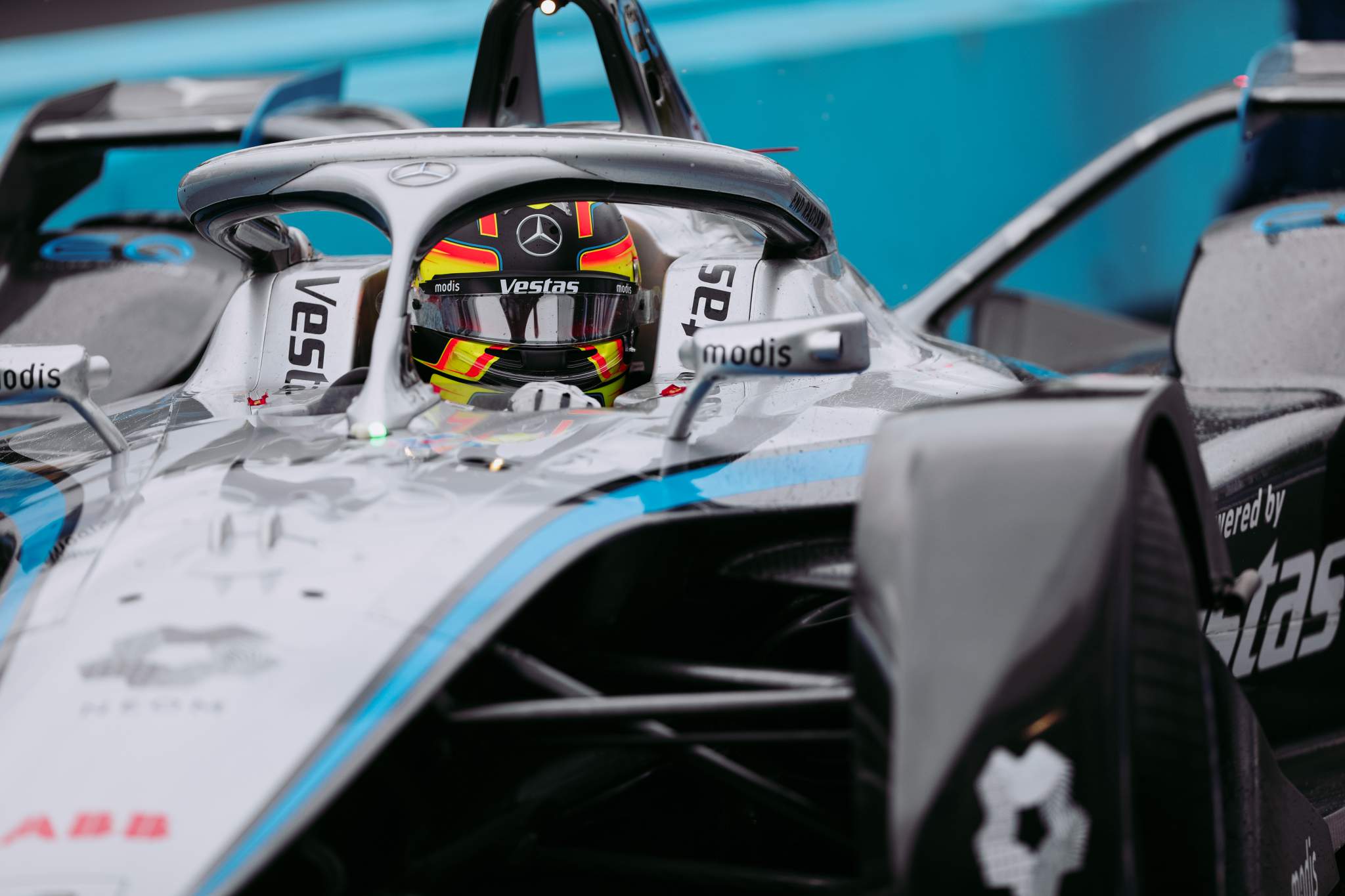 “I’m just I’m looking forward to a bloody weekend without those lows or highs would be nice,” he said.

“If it is part and parcel of being involved in formularies and theory but at the same time I admit it is emotionally draining having these absolute rollercoaster double-headers.” 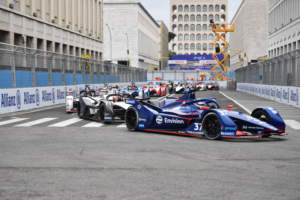 Vandoorne’s win was cultivated by an element of patience according to James, who reckoned that the communication between the driver and his engineer (Marius Meier-Diedrich) was a crucial element in taking Sunday’s Rome win.

“You’ve got to bide your time because things will start to happen during the race and I think Stoffel together with Mariusz to this race engineer, they managed things very well.

“The took opportunities as when they are raised and not to take too many risks. So from that perspective, it was a very well managed race.

“There was no panic, no flapping, we looked at the data that we had. Once you’ve got the confidence, then it brings the calmness that you need to control the race.”

49 mins ago Motorcycle racing No Comments