New teams Maserati and McLaren ended their first day of official running as Formula E outfits fastest on day one of the pre-season test at Valencia – the first public test of the series’ Gen3 machinery.

Maximilian Guenther was the driver who ensured Maserati topped the times, with Jake Hughes second fastest across the two three-hour sessions for McLaren.

It was not all plain sailing for Hughes, though, as he stopped on track an hour into the afternoon session between Turns 5 and 6, with his McLaren-Nissan picked up by a recovery truck. 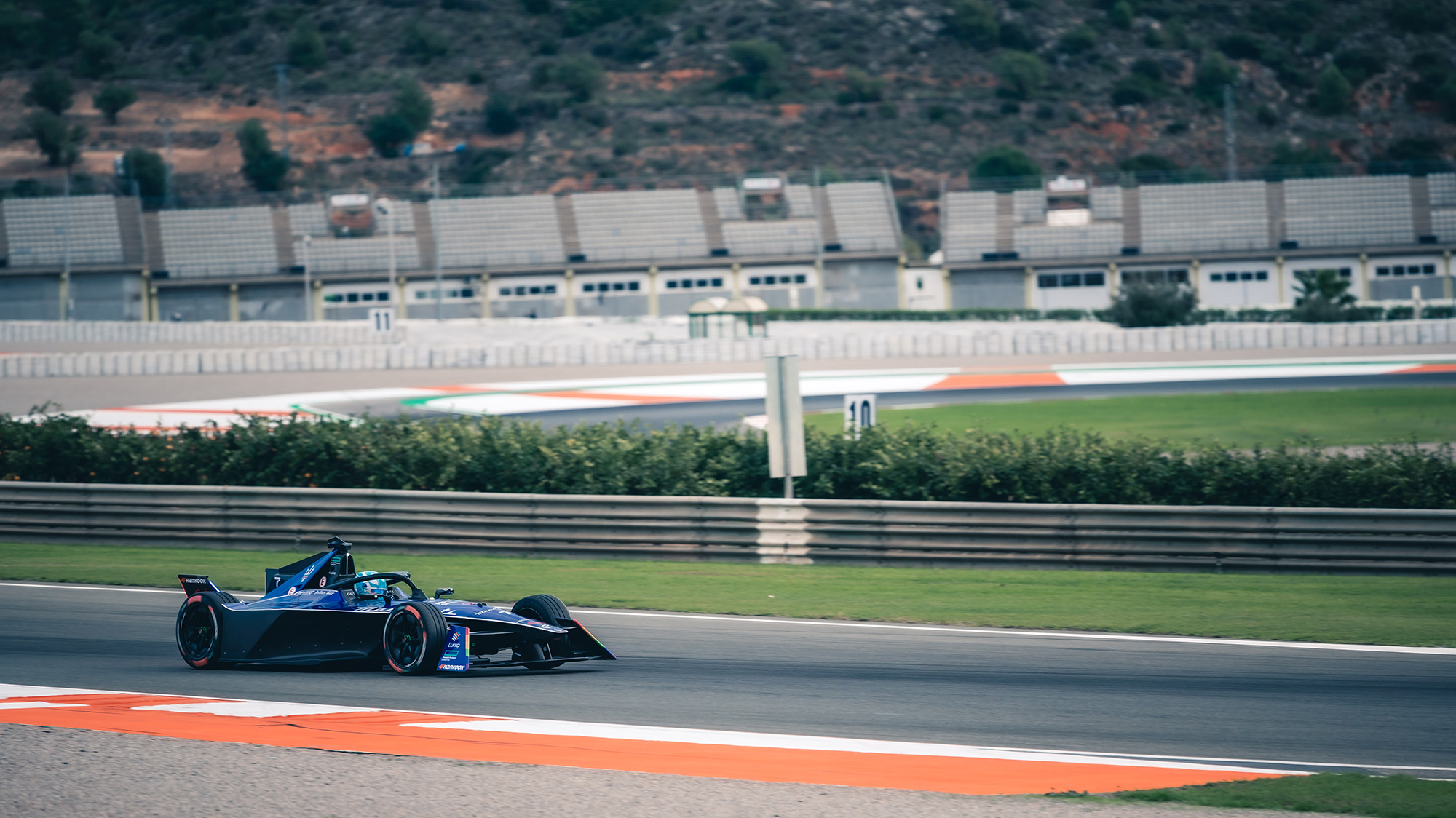 Guenther headed both the morning and afternoon sessions, his 1m26.096s proving to be the best time of the day as increasing rain in the afternoon session prevented any meaningful improvements.

The Maserati driver’s time was a little over three tenths of a second shy of the best time Edoardo Mortara managed at last year’s test, a 1m25.763s he set in the then Venturi-Mercedes squad’s Gen2 car.

Guenther’s afternoon best of 1m26.221s would also have been good enough for third overall in the combined times. 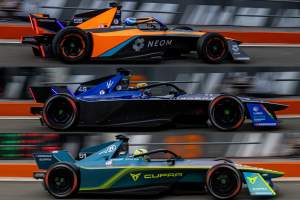 That position was instead occupied by Porsche’s Pascal Wehrlein, who was comfortably the fastest of the drivers who improved their times in the afternoon for Porsche.

Oliver Rowland made it four different outfits in the top four for Mahindra, ending up a quarter of a second off Guenther, with the second Maserati of Mortara completing the top five.

Summarising the team’s day, a DS Penske spokesperson told The Race: “We’ve been continuously learning from the car and we’ve seen progress throughout the day. 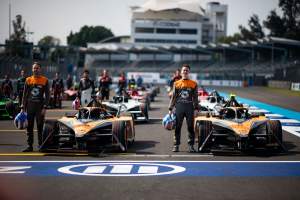 “It was great to finally face the competition. We managed to run our programme as planned. It’s been a positive first day overall.”

Between those two came past champions Antonio Felix da Costa (Porsche) and Lucas di Grassi (Mahindra), with the top 10 completed by Abt Cupra driver Robin Frijns.

Mitch Evans, a title contender in each of the past two seasons for Jaguar, was 14th in the combined times. He spun at Turn 5 in the morning session, causing a red flag.

Nick Cassidy, who was one place further back, went off in the same place earlier in the morning session, but his off in the Envision-Jaguar was attributed to a brake issue. 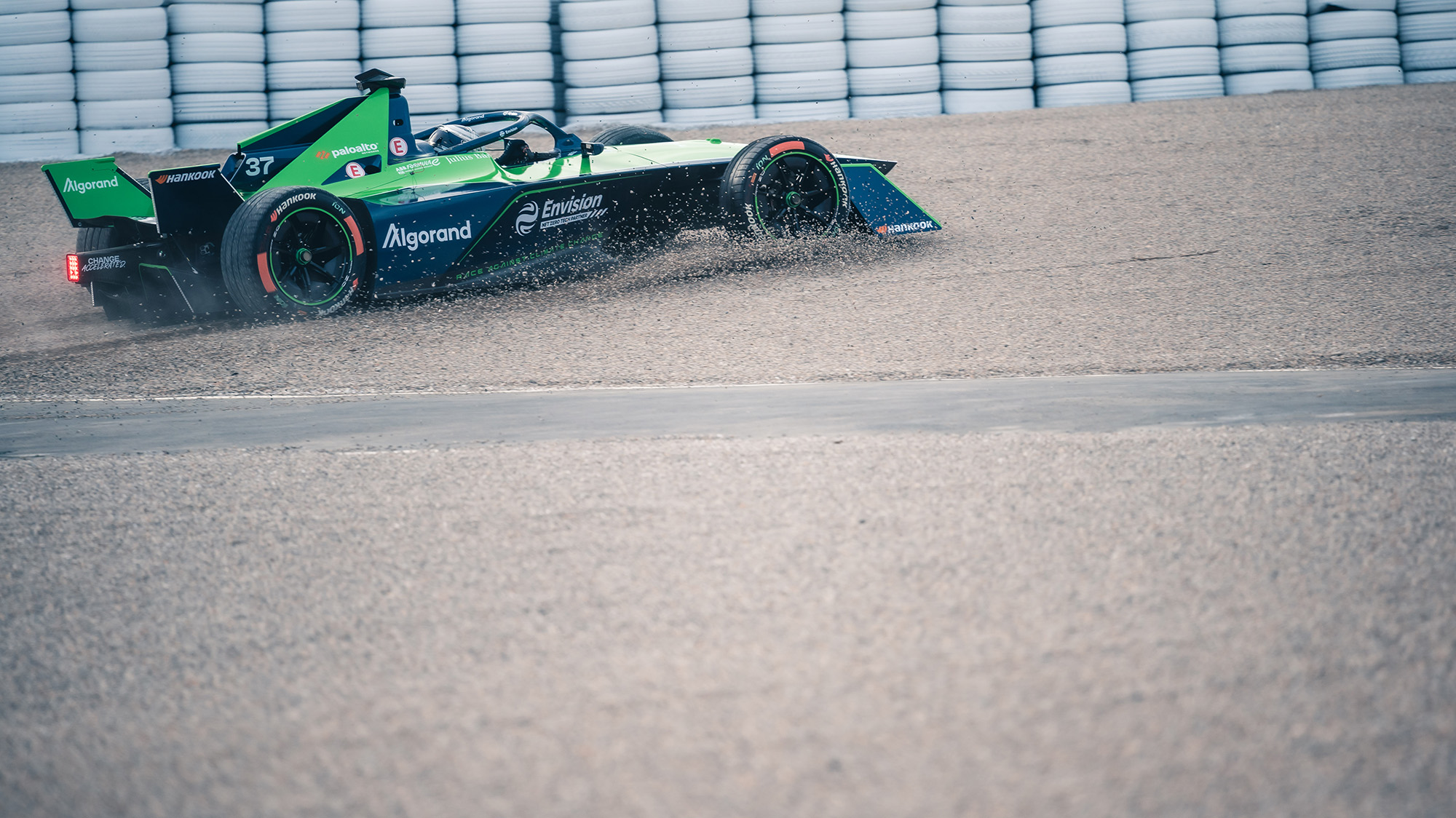 NIO 333 driver Sergio Sette Camara came to a halt in the afternoon session, the result of a cooling sensor breakage, and did not return to the track. His team-mate Dan Ticktum was 12th fastest.

Sebastien Buemi did not set a time in the afternoon, his Envision-Jaguar beset by an unspecified technical issue, and was 19th. His former squad Nissan occupied two of the bottom three places, with Sacha Fenestraz 20th and Norman Nato 21st.

The times were propped up the second McLaren of Rene Rast.

In addition to a mock simulation of a race weekend that will take place on Wednesday, The Race understands the FIA is also considering adding some additional running in the late afternoon or evening on Thursday, which is currently scheduled as a rest day.