Mahindra Racing CEO and team principal Dilbagh Gill has tested positive for coronavirus ahead of the Formula E season finale in Berlin.

A mainstay of the FE paddock since the championship’s inception, Gill is now due to miss at least some of the six-race Berlin showdown.

Gill is based in Boston, but spent the two weeks leading up to the Berlin round in the UK and flew in from London. 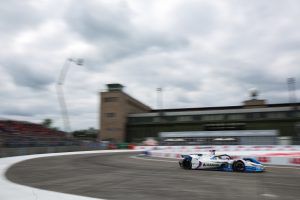 Ex-F1 technical director Toni Cuquerella will take over in the position of team principal in the interim.

“We have a strong management team,” Gill told media in a conference call on Tuesday.

“Toni Cuquerella was our chief engineer but will step into team principal duties. He and David Clarke, they will basically share the responsibilities.

“And largely as you know on a race day it’s mostly them who take care of running the car. So, we are in pretty safe hands.

“But Toni will be stepping in officially as team principal when I’m away, and David Clarke remains as team manager and sporting director.”

Gill is showing no symptoms of the virus, and will have a follow-up COVID-19 test on Wednesday. But he believes he may have to follow the whole six-race finale in the hotel room he’s currently isolating in.

Mahindra has a new driver line-up for Berlin, with Jerome d’Ambrosio joined by Alex Lynn. Lynn replaced ex-F1 driver Pascal Wehrlein, who is believed to have agreed a deal to join Porsche for next season, which became the impetus for his early separation with Mahindra.

The team is enduring its toughest season in Formula E so far, and sits 10th of 12 outfits in the championship standings, with an eight-point deficit to Porsche in ninth.

Gill’s is presumably one of the two positive COVID-19 tests announced by Formula E on the same day, with the series communicating that the other 1,421 tests have come up negative.

“The two individuals have entered self-quarantine in accordance with the instructions of the relevant public health authorities and will continue to follow the procedure mandated by those authorities,” the championship’s statement has read.

“In both instances, the ABB FIA Formula E Championship’s in-depth protocol has been closely followed.”