The seriousness of the Formula E incident in which Edoardo Mortara speared off the track and hit a concrete wall head on at unabated speed in last Saturday’s practice session in Diriyah cannot be emphasised enough.

It was realised immediately by the FIA and Mercedes last weekend and to their credit they took the most cautious approach and held an immediate preliminary investigation into what had occurred before any of the cars running Mercedes powertrains were allowed back onto the circuit.

While Alex Lynn’s spectacular airborne accident in race two inevitably hit the headlines, it was actually Mortara’s shunt which was the most disconcerting.

“I’m very thankful and grateful that I don’t have severe injuries,” Mortara told the TV coverage when he had returned from a hospital check-up.

“It’s a feeling that I’d like actually to forget. A bit like a passenger, there was nothing I could do with no brakes anymore and just went into the wall.

“To be frank with you I thought that was pretty much the end for me.”

Those were strong words from a shocked Mortara, who will take some time to recover from the appalling situation of heading into a wall without any capability of controlling the situation.

Along with a stuck throttle, a high-speed blow-out or a wing lodging underneath car, a brake problem remains one of motorsport’s more chilling prospects for a driver. 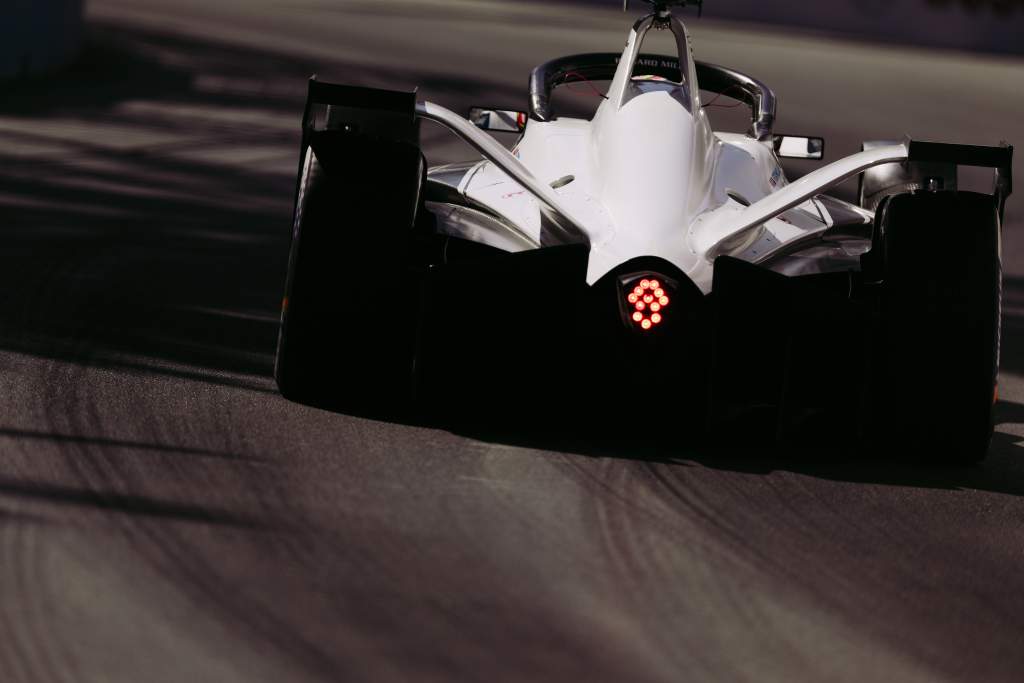 The precise cause of the initial issue of the braking episode was said by Mercedes to be down to an “incorrect parameter setting which determines the threshold for deciding that there is master cylinder travel but insufficient front brake pressure generated” in a statement supplied to The Race by the team.

It continued: “Once the back-up system is triggered brake by wire defaults to using rear master cylinder pressure to re-enable rear braking.

“The software has been proven previously and correcting the parameter was therefore sufficient to prove the cars were safe.” 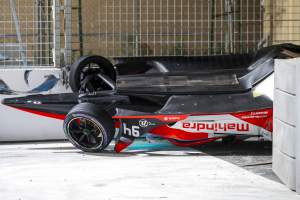 Motorsport paddocks are by nature usually febrile hearsay hothouses and so it wasn’t long before whispers started to infuse the paddock and beyond in the immediate aftermath of the unusual crash.

The wording of the bulletin that detailed why the four Mercedes-powered cars could not take part in qualifting, and was issued as the qualifying session began, was slightly confusing and perhaps triggered some of that gossip.

It stated: “The brake system lost the front brake pressure and the pressure sensor was at 0.

“Both brake pedal travel sensors indicated that the brake pedal was fully pushed by the driver.”

In Formula E the front hydraulic brake circuit is specified and supplied by the chassis supplier, Spark Racing Technologies. 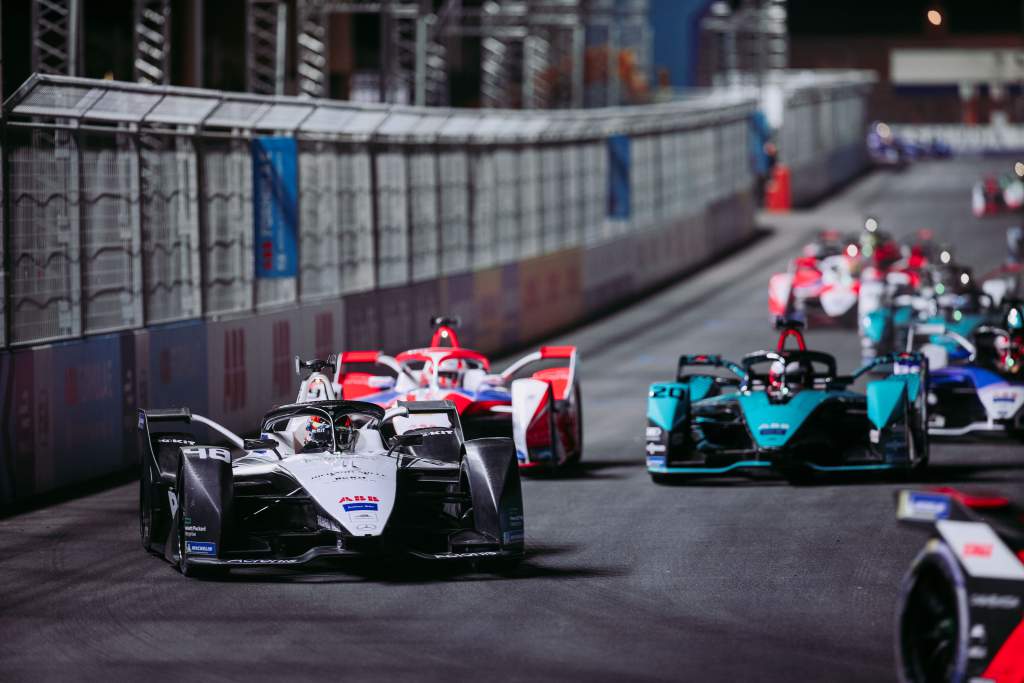 The teams are therefore only allowed to interrupt the rear circuit with their own choice, or design, of brake by wire system.

If there is a physical problem or an issue with the brake by wire, the system should revert to passively allowing fluid from the master cylinder at the pedal to the rear brake circuit, like it does on the front axle. 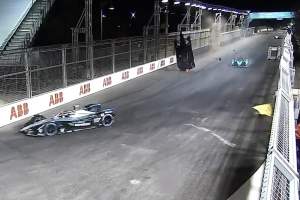 The drivers often know that this has happened because they feel the brake pedal had ‘gone long’.

In this case it seems that Mortara was pushing down on the pedal and should still have been in control of applying some brake pressure at the front brake callipers. But in this worst-case scenario of the rear circuit having a leak or physical problem, how could the front go to ‘0’ bar pressure?

That led to various theories across the paddock as to what went on – but before too long Mercedes, the FIA and Venturi were 100 percent sure of the cause, their rectification efforts and the overall safety of racing the cars. 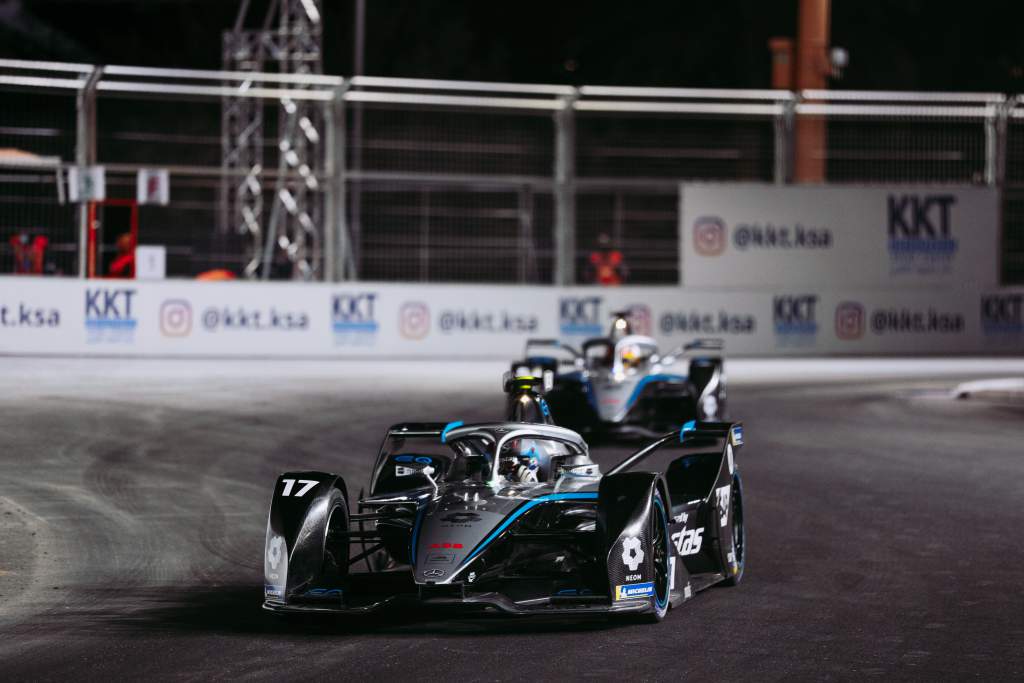 Further investigations from Mercedes and the FIA are not expected on this frightening episode, which Mercedes boss Ian James explained to The Race hadn’t occurred at all during the significant amount of testing the team had done in the preceding months.

“It’s not something that we had any sort of sight on from testing, otherwise it would have been picked up straight away,” he said.

“The reason why we were able to then react between quali and the race itself was the fact that it was a parameter issue, and obviously something, which once it is known, is relatively straightforward to rectify, and both our engineers and the FIA technical department were satisfied that with that correction it was once again safe.” 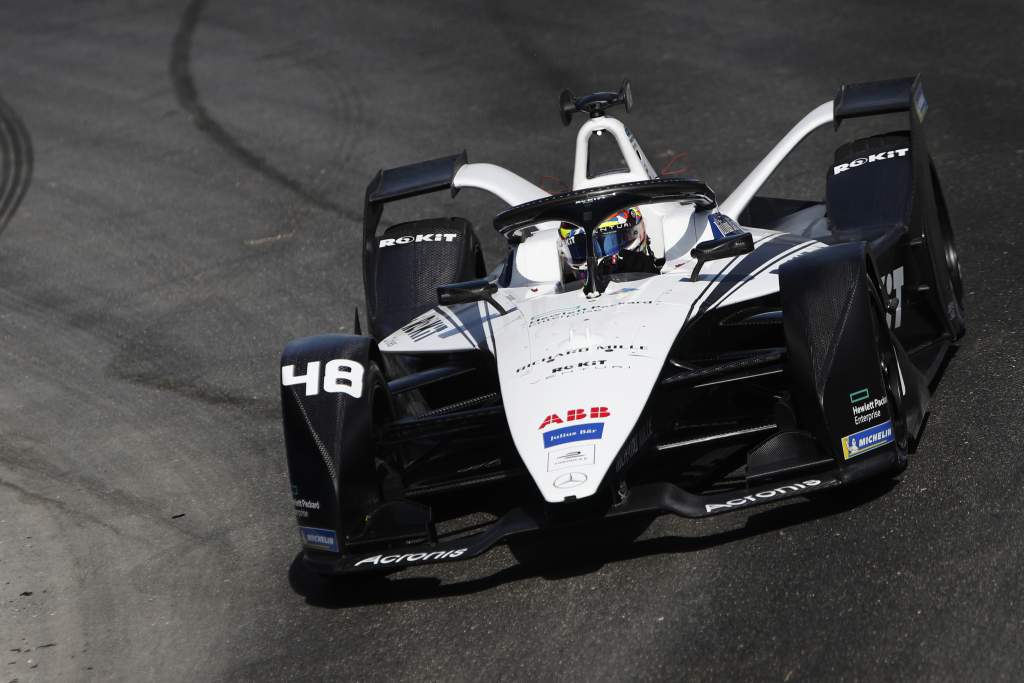 A scenario where boiled brake fluid makes the front circuit actually go to zero pressure could also transpire and would leave no front locking tyre marks on the track as Mortara left the track.

But it was solely a coding issue, so James and his team to their great credit fronted up to the issues with clarity and candour.

Yet this is not the first time a braking system glitch has caused a dramatic Formula E accident. 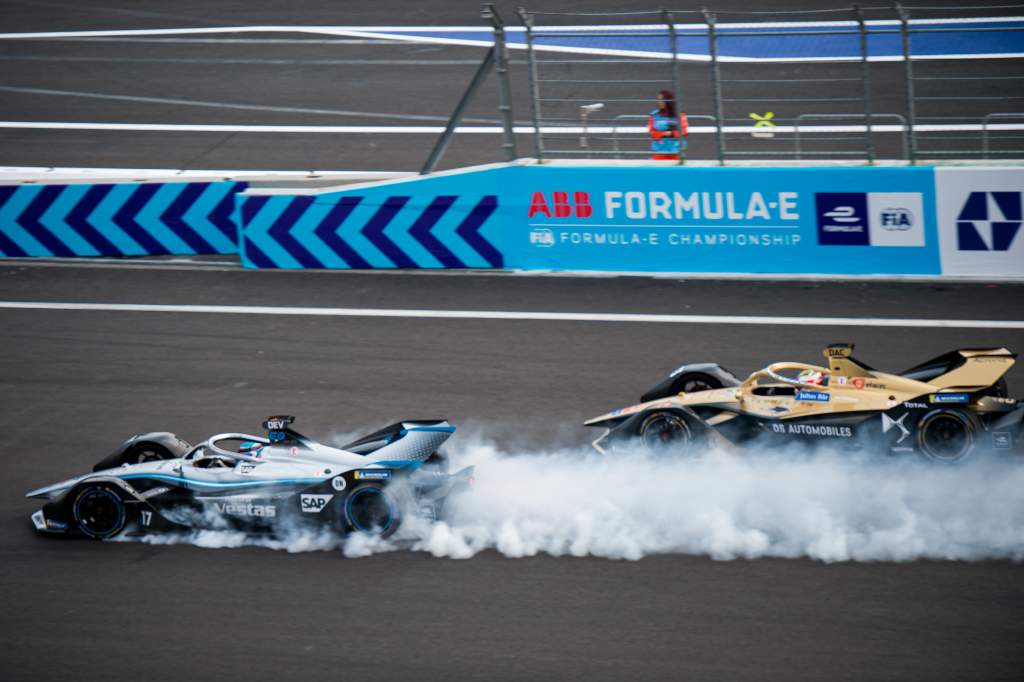 Both Audi’s Daniel Abt and Mercedes’ Nyck de Vries had brake-related incidents during the Mexico City weekend last year, with Abt having to go to hospital after his crash.

The FIA will be aiming to ensure nothing like this can happen again. Not only is this vital for the safety of the driver in the car involved but for other competitors, marshals, track workers and TV personnel.

Formula E has been lucky on several occasions now, and with a heightened sense of peril existing on the tight confines of its street circuits, there just cannot be any complacency whatsoever.