The modified Valencia track that will host the third event on the 2021 ABB FIA Formula E World Championship schedule is set to use a version of a controversial chicane on the long main straight.

The circuit Ricardo Tormo – FE’s usual winter test venue – was confirmed as replacing the Paris E-Prix in January, and has since become a double-header across April 24-25, but has to be specially adapted for the 24 car Formula E field.

The Race can reveal that this will include some of the multiple track variation possibilities already in place at the track as well as an artificial chicane.

This will be located at the conventional pit entry area and will be configured as a right/left/right complex which will then blend back on to the pit straight after using some of the pit entry space.

The move is set to be significant as the implementation of such a complex was widely criticised at the 2019 pre-season test when several cars suffered damage after incidents across the three days.

However, in a racing environment it’s predicted to offer an enhanced spectacle on the specially made track, which started to be formulated as an initial concept at the November/December test last year.

On that occasion no chicane was used and the track ran in the same configuration as MotoGP uses.

Now the track will be modified in the final sector with link roads acting as a double right dog-leg section it rejoins the long arcing left hander to the final corner.

The Race understands that several other changes were discussed including using some of the vast run-off areas for additional complexes but these were discounted recently.

The FIA’s Formula E and Innovative Motor Sport Projects department’s director Frederic Bertrand told The Race recently that the series had to be “practical and secure as much as we could the calendar, so that was one part of the approach” in committing to using Valencia.

“Even if we go on a permanent track, the permanent track would be adapted to suit and feed in Formula E characteristics, so that we don’t come into a boring show or something which makes no sense for the technology we try to promote,” added Bertrand.

The FIA and Formula E aimed to keep the configuration secret until at least two weeks before the races in order that teams only have a certain amount of sim testing availability. However Formula E is believed to have given teams the track maps slightly earlier on this occasion.

“The first target is clearly that we have a good show in season seven, and we propose to the public, the TV viewers and people following the championship, something as attractive as it has been, or even better,” said Bertrand.

One of the hot topics regarding the Valencia track has always been the issue of encroaching onto the large run-off areas and the flagrant abuse of track limits. 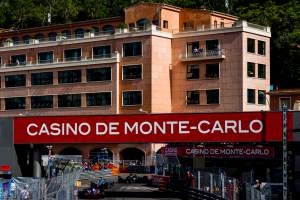 With low kerbs designed primarily for MotoGP use, this is a particular problem at the circuit when used by cars.

The FIA used a special CCTV tracking system at last year’s test but is understood to be incorporating some barriers into the racetrack layout in order to create a more traditional Formula E style track limit system.

“Maybe some people say it might be one of the best tracks of season seven because we modified it in a way which is really suiting the characteristics of Formula E with the regen areas with the right fast lanes, etc,” said Bertrand.

“We will not manage necessarily through the tracking system, because we will potentially create the track limits in the way which is more standard for Formula E.”