Edoardo Mortara’s opportunistic scissors-style move on both Mitch Evans and Pascal Wehrlein in the 2021 ABB FIA Formula E World Championship opener in Diriyah got sizeable attention and rightly so.

It was a fine move as the attack-mode-boosted Venturi Mercedes slalomed past two of Formula E’s toughest racers. Helicopter footage showed how precisely it was all pulled off.

Outlandish comparisons to Mika Hakkinen’s sublime and legendary move on Michael Schumacher on the approach to Les Combes at Spa in the 2000 Belgian Grand Prix were one step beyond rational. But it was still one of FE’s finest passes.

This all got The Race thinking about Formula E’s greatest moves as the series’ next races in Rome approach.

And in turn that threw up a slightly existential question. Does Gen2 attack mode-boosted overtaking, purely by its nature, dilute the art of the overtake significantly enough to discount any such passes from making a top five of the series’ best?

Perhaps when the FE cars were more rudimentary and the tracks a lot more agricultural there was more merit to great moves.

The truth is that each era probably cancels itself out to some degree. Unless a pass is overtly assisted by attack mode then it is still worthy of consideration. The great thing about Formula E though is that passing assistance (attack mode boost) is not ubiquitous like DRS in F1. 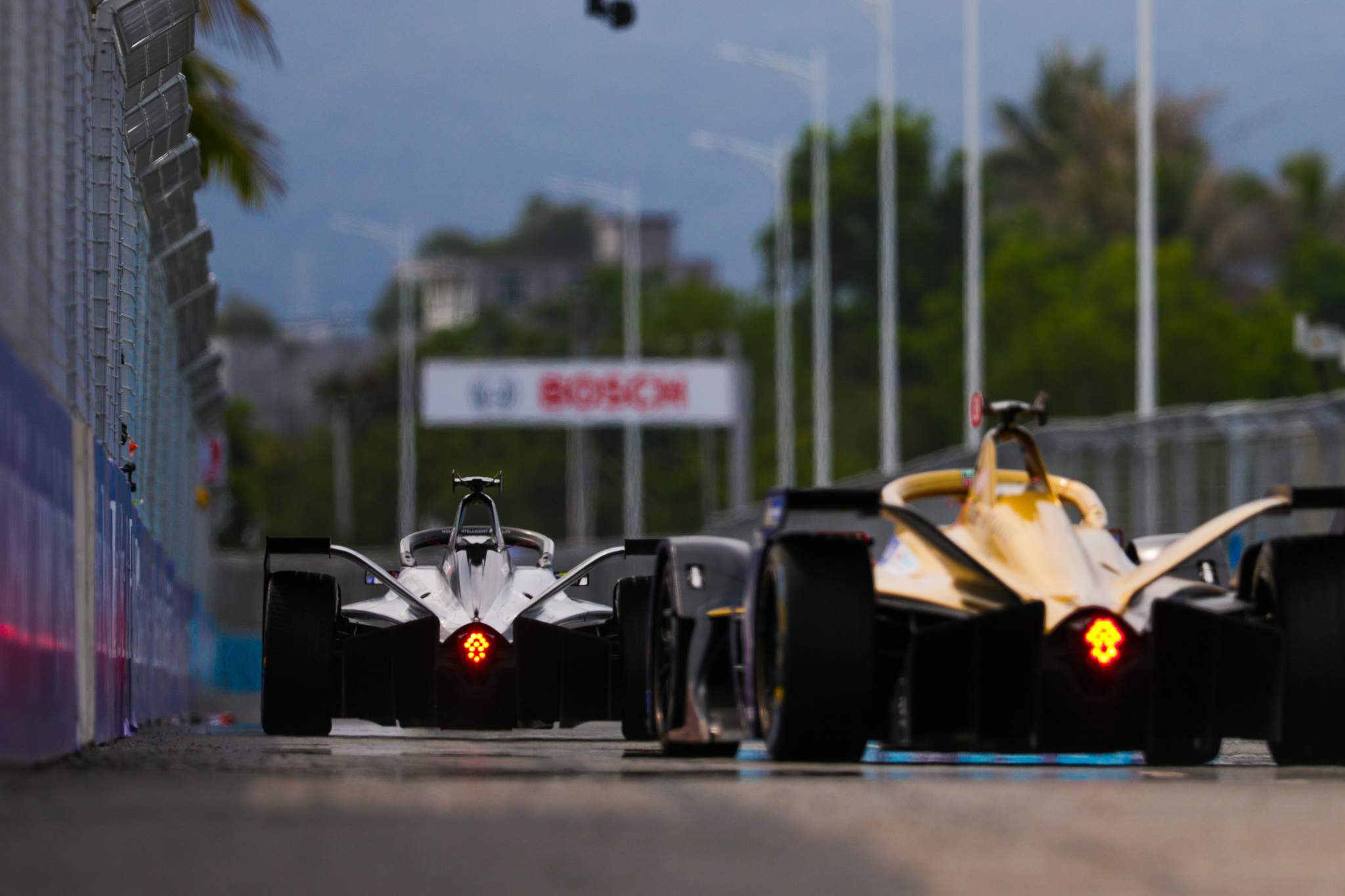 Jean-Eric Vergne’s muscular pass on Oliver Rowland to win at Sanya, Sam Bird’s razor-precise move on the outside of Maximilian Guenther’s Dragon Penske at the Bern E-Prix and then Guenther’s decisive swoop on Evans at Santiago on the way to his first E-Prix win in January 2020 are just a few great examples.

Bird features heavily in this feature simply because without doubt he has a claim to be Formula E’s most versatile overtaker. His lunge at and mugging of Andre Lotterer, a driver who gives up positions about as easily as Novak Djokovic gives up service games, in Mexico was breathtaking.

There have been many ill-fated passing attempts too. Such as Nelson Piquet Jr’s launchpad disaster at Mexico City, the eternally baffling intra-BMW shambles between Antonio Felix da Costa and Alexander Sims at Marrakesh in 2019 and the aerial disaster that was the Alex Lynn and Evans interface in Diriyah this year.

However, the majority of the successful ones were in some way affected by energy diminishment or tactical nuance through energy management.

Yes this is all part and parcel of Gen2 racing but purity of conversion, guile, opportunism and plain old raw courage is difficult to beat in motorsport. So that informs our final list.

Dummying better than Lionel Messi – one of the best moves in Formula E history from @maxg_official – live from his #DriversEye💯 #MarrakeshEPrix pic.twitter.com/1kwXKNWvOA

A delicious dummied cutback and done, on of all people, Vergne, this was pleasing on the eye. And as the move for second place was executed on the final lap of the Marrakesh E-Prix it made it all the sweeter for the BMW i Andretti driver.

Now a couple of caveats. Vergne was much more depleted on energy, both technically and physically after a more energetic race through the field from 11th on the starting grid.

The fact that double champion Vergne was there at all was a decent part of the story because 48 hours earlier he’d been holed up in a Marrakesh seclusion zone after a suspected early case of COVID-19.

That was special! Here's your 60 second highlights from the #MarrakeshEPrix ⚡️ pic.twitter.com/7b99PKOzA3

That proved thankfully not to be the case but Vergne was far from 100% and flagging towards the end as Guenther was repeatedly told by his crew it would come down to the final few corners.

It did, but the young German was given no free pass and had to get creative to ensure a way past the ailing black and gold car. He did it with an energetic flourish.

That sentiment, screeched by Formula E commentator Jack Nicholls as Robin Frijns used every inch of harbourside asphalt, was certainly not shared by the Envision Virgin driver as he pulled off an audacious move at the legendary Monaco left-hander.

This is the site of many failed attempts at a pass. Witness both Romain Grosjean in a 2009 debris-fence-nibbling GP2 shunt and Pastor Maldonado at the 2013 F1 GP, where the spirited Venezuelan almost entered the old tobacconist for an illicit toot on a Gauloises.

In 2019, Frijns was in 12th place behind the HWA Racelab entry of Stoffel Vandoorne midway through the Monaco race when the Belgian’s muscular move on Lynn’s Jaguar at the harbourside hairpin provided the opportunity.

Slight contact between Vandoorne and Lynn dislodged the Jaguar’s right-hand front bodywork. Exiting the hairpin Lynn appeared to be slightly distracted by the damage and perhaps also by whether or not to take the attack mode boost.

Frijns, who was leading the championship standings at the time, immediately pounced and showed his nose to the inside, leaving Lynn in no-man’s land. Frijns kicked up the dust and then sorted out his severely compromised exit with a flourish.

Bird appeared to channel some kind of ancient Aztec incantation and deft adhesional witchcraft as he pulled off an audacious move on Jerome d’Ambrosio’s stubborn Dragon Penske.

The DS Virgin driver got a good run at d’Ambrosio on the dusty link road that cut the main straight in half and connected back to the stadium section in the first rather Mickey Mouse configuration of the Mexico FE track.

He jinked to the outside and had no right to stay on the track as dust, twigs and discarded rubber was thrown into the air.

Not only did Bird stay on the track but he saw the move out by claiming the line for the second part of the right and left chicane before the stadium.

It was close though as the two came within millimetres of contact. But Bird was through and claimed the final rung of the podium, which must have tasted even sweeter due to this perfectly judged and unexpected manoeuvre.

It was one of Formula E’s most thrilling races. Two hard-edged racers in a class of their own slugging it out on the series’ best ever track.

As Lotterer and Evans rode the Roman rollercoaster they pulled away from the pack and made it their own private playground. It was much more Sergio Leone than Federico Fellini when it came to its one cinematic defining moment.

After Evans took his first attack mode he closed the gap rapidly on Lotterer and harried him rigorously. But this was Lotterer so any kind of on-track move would have to have an element of surprise and daring.

That is exactly what Evans delivered as they approached the tight Obelisco Marconi chicane and he got a run on his prey. But the angles and space at hand made it seem impossible to pull off anything approaching an overtaking move.

But he did it, and it was like a sleight of hand move. Where we expected Lotterer’s Techeetah to be impaled on a wall like some kind of Roman war trophy, instead he emerged to fight Evans all the way to the chequered flag in a completely absorbing contest.

Yes, there was contact; yes, Evans had attack boost; yes, it was marginal and rude. But Lotterer would have done exactly the same, which is precisely why there were no hard feelings after the race.

“It was on the edge, but I got a nice move done,” said a relieved Evans after taking Jaguar’s first international motor racing win for 27 years.

“That was not the most conventional corner to overtake, but in this championship, against a tough racer like Andre, you need to take any opportunity like that, so I had a little sniff and it happened.

“I think it was reasonably fair, there was a bit of contact, but it was fair, hard racing.”

“Call the cops, JEV’s been mugged.”

That was this writer’s slightly over excited and juvenile response to colleagues in the media centre at Hong Kong in December 2017 when Bird made a stunning race-winning move on Vergne’s polesitting Techeetah Renault.

Bird’s ambush in Hong Kong just gets the nod over Evans’ move by the finest of margins, but in reality there is very little to choose between them irrespective of Evans’ move having some boost inspiration. 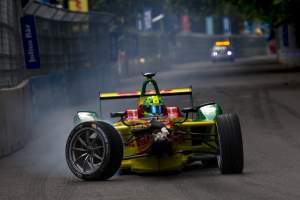 This doesn’t look quite as spectacular as Evans’ Roman smash and grab but there are important nuances that make it a great work of high-pressure artistry.

On the approach to the Turn 6 hairpin, a place never even considered before as an overtaking point, Bird feinted to Vergne’s outside before switching instantly to the inside and claiming the line with surgical accuracy.

It looked textbook but what few realise is how the track drops on the braking point at that part of a Hong Kong street track that is adorned with every drain cover and greasy traffic marking you could think of.

Bird just got it stopped in time and Vergne was left out to dry. 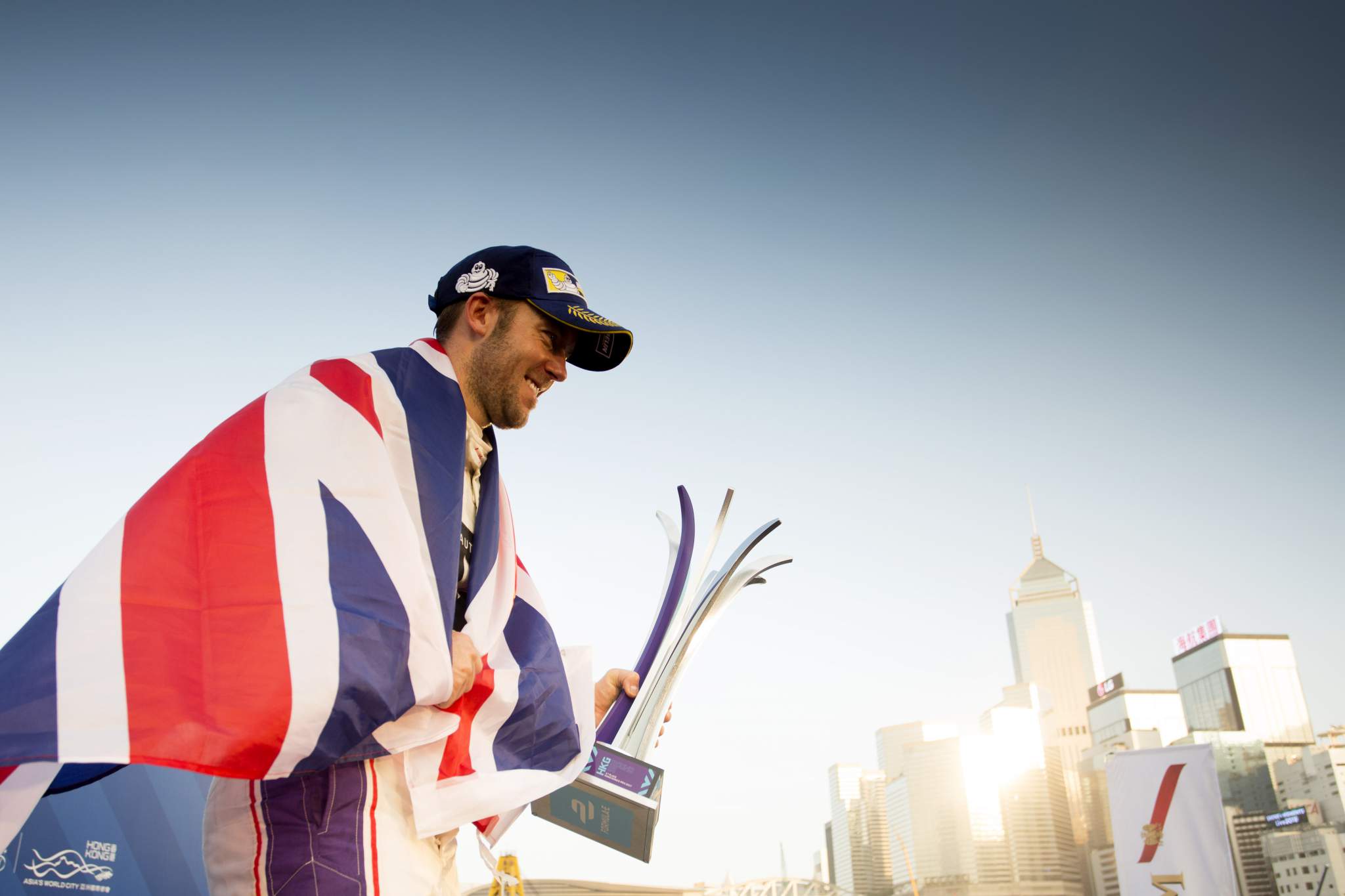 The fact that Bird won the race was remarkable considering that just a few laps later he crashed his DS Virgin into his own pit box before taking his second car. Then he served a penalty for this infraction but retook the lead thanks to both his astonishing pace and the slight bypass nature of the pitlane to seal what was then his sixth Formula E victory.

“I think everybody thought it was too tight a hairpin to overtake,” Bird told The Race.

“So it became a corner where people then thought, ‘hmmm maybe you can’. But the fact I did it to JEV, who I have respect for, and that it was for the lead and got me the win made it even more special.”