The FIA has extended its deadline for manufacturers to commit to Formula E for its third rules set when it comes into operation for the 2022/23 season.

The change comes after meetings between stakeholders in Formula E during the pandemic lockdown period earlier this year.

The extension is designed to give the boards of manufacturers additional adjustment time in evaluating their involvement in the category after months of disastrous sales and financial figures caused mainly by the COVID-19 situation. 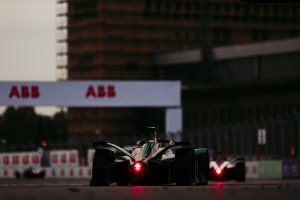 The principal motivation for creating the new timeframe is to ensure manufacturers have time to recover from the pandemic and are able to come back to a situation “where the visibility of the business is better and confidence in tomorrow is better”, said Bertrand.

“So we, first of all, delayed the commitment period, so that we can commit later in 21.

“No commitment is expected by the end of this year it will be more than the first part of 2021 where we start to commit from the beginning of 2021, but we will accept up to June 2021.”

Apart from budgeting the development of their own cars, it is believed that manufacturers will not have to outlay any money or be expected to issue a purchase order before the end of 2021.

“All of the suppliers have done a huge effort to integrate into their cost and in their planning the fact that nothing is expected before early ’22,” confirmed Bertrand.

Initial plans for the manufacturer Gen3 cars to be delivered in January 2022 are still fixed, with race car deliveries expected in May 2022 in time for homologation. 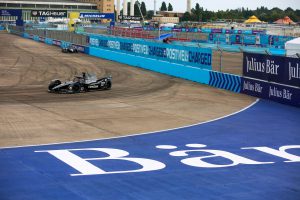 A collective pre-season test is scheduled to take place in the autumn of 2022.

“Nobody has to put any money on the table before early ’22, and we understand that it still means that the manufacturer will have to go through validation process, presentation process through the boards and development process of their own cars but no cash is expected by the suppliers before ‘22,” said Bertrand.

The current status of manufacturers’ futures in Formula E is believed to be strong despite the destabilisation created by the pandemic and economic downturn.

The road and sustainability relevance of Formula E combined with the relatively modest budget outlay for manufacturers has seemingly paid dividends, although some are still believed to be keeping options open depending on the solidity of the 2021 calendar.

The FIA and Formula E is known to have had significant recent interest from at least two additional manufacturers who are eyeing potential programmes for either 2022 or 2023.

“We got strong support on all the current ones [manufacturers], and also good signals from potential newcomers thinking that the job done here was something interesting for them,” said Bertrand.

“For sure some would have loved that we do some specific set-ups and mix things or start on the lower way, but we found that it was good for the championship, to keep the leadership on electric racing and keep the trend with a high level of ambition, and we do this in the most responsible way.”