Formula E will hold its first night races in Saudi Arabia next February having found the sustainable lighting infrastructure solutions needed to go ahead with the plan.

The third and fourth rounds of the 2021 world championship season will be run as evening races using LED light clusters around the 1.55-mile circuit in Riyadh.

It will mark the first time that Formula E has run under lights.

Formula E Operations Ltd and the General Sports Authority of Saudi Arabia have a 10-year agreement to host FE races through a partnership sealed in 2017.

Night events at the Diriyah showground, which hosts that E-Prix, have been talked about since the inaugural event in 2018.

Several tests with different lighting configurations have taken place before, notably at Mexico City in 2018 and also a Formula E fact finding mission to the Bahrain International Circuit last year. 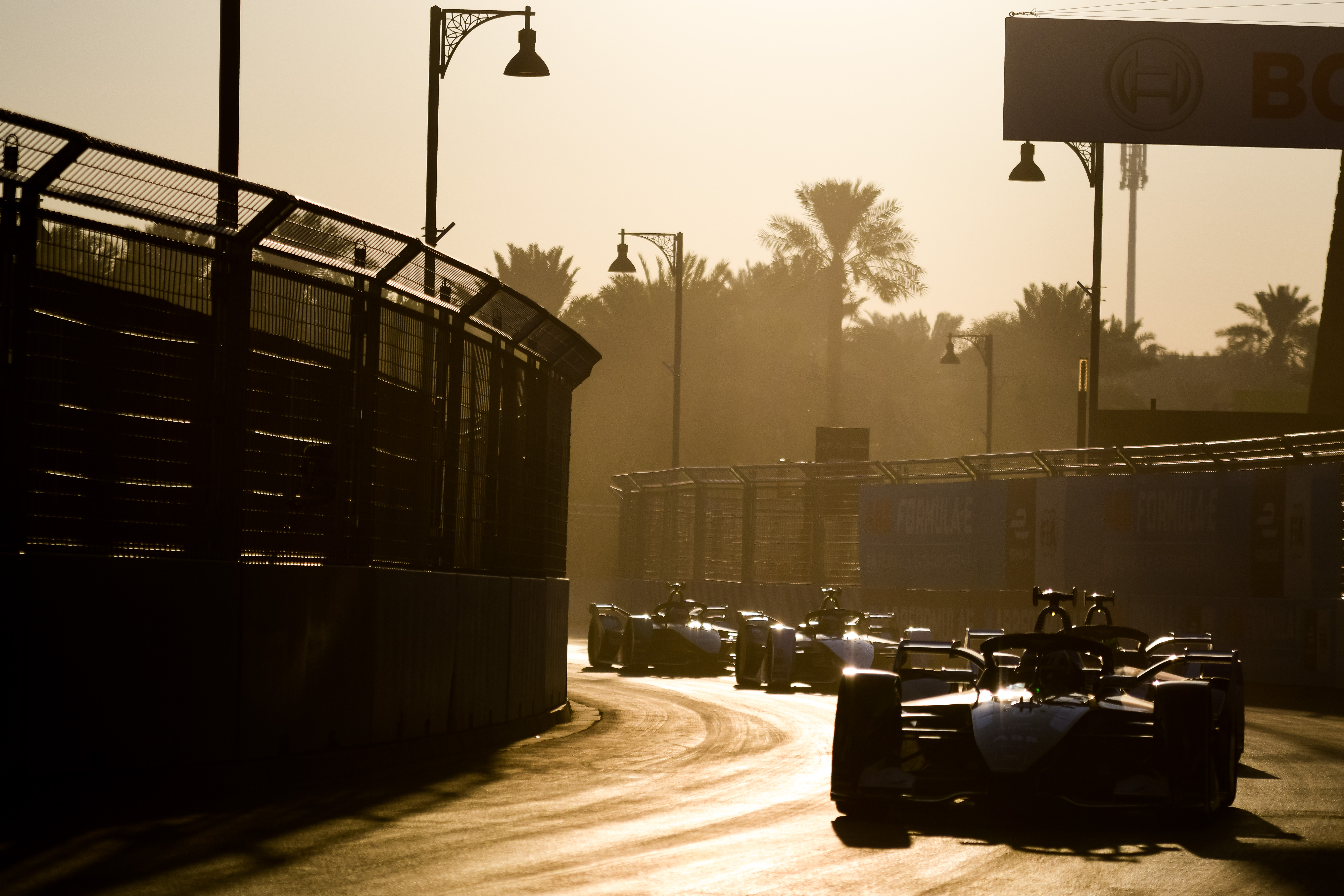 Now Formula E says it is set to be the first event to be run internationally with fully sustainable lighting, in the form of LED light clusters that will be powered via renewable sources.

The remaining energy needed to power the floodlighting will be fully renewable and provided by high performing low-carbon certified hydrogenated vegetable oil made from sustainable materials. 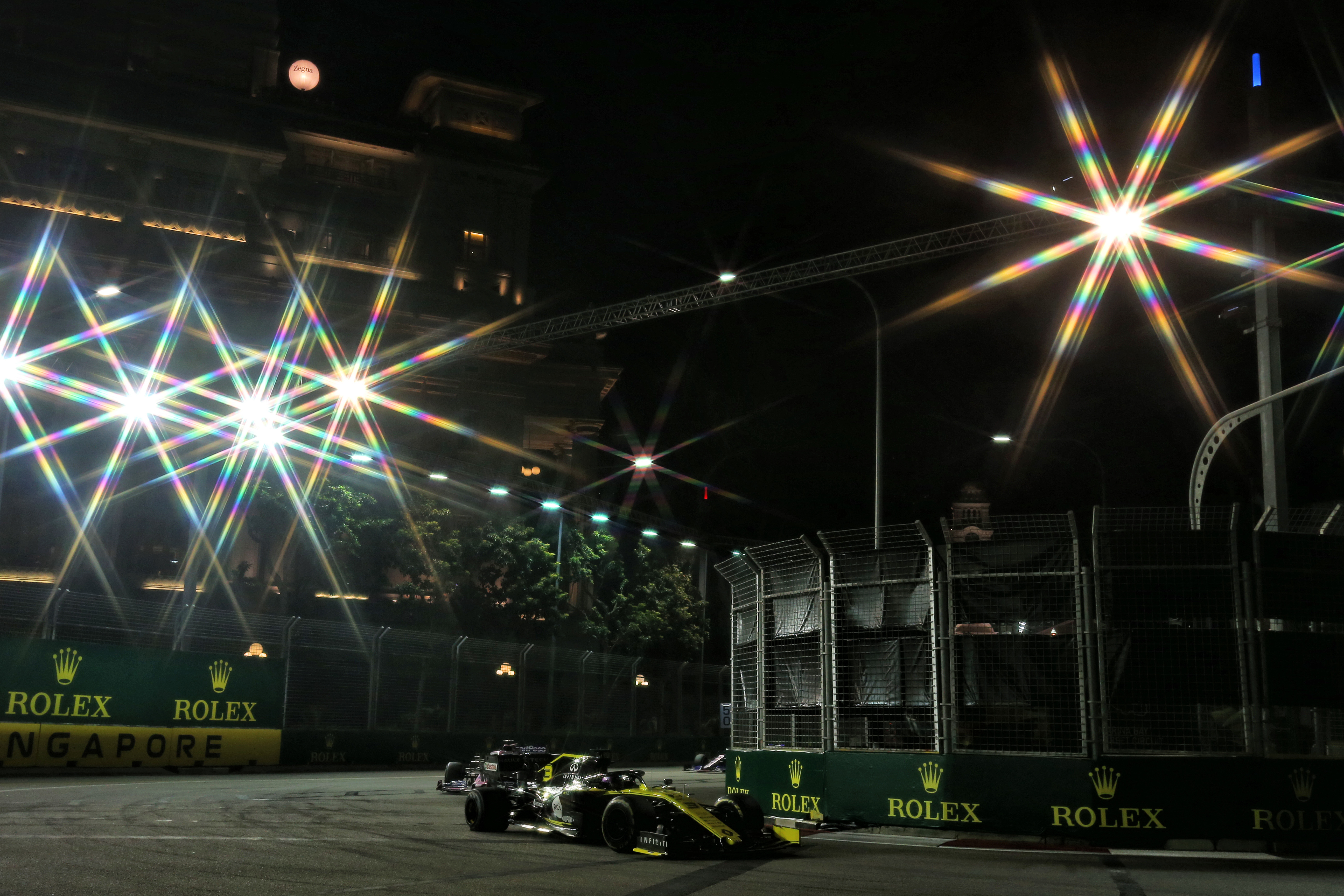 Alberto Longo, co-founder, deputy CEO and chief championship officer at Formula E, told The Race that “LED technology is now allowing us to be 50% more efficient than non-LED technologies.”

“This is key, because most of the existing tracks in the world don’t use LED and we wanted to go down that road,” added Longo.

“The energy we need to power the lights of the race will be fully renewable, and provided by HVO [hydrogenated vegetable oil], which is made out of sustainable materials.

“So, we can clearly say that there’s going to be the first race [of this type] in motorsport, which is basically a low-carbon certified race and the key target for us.” 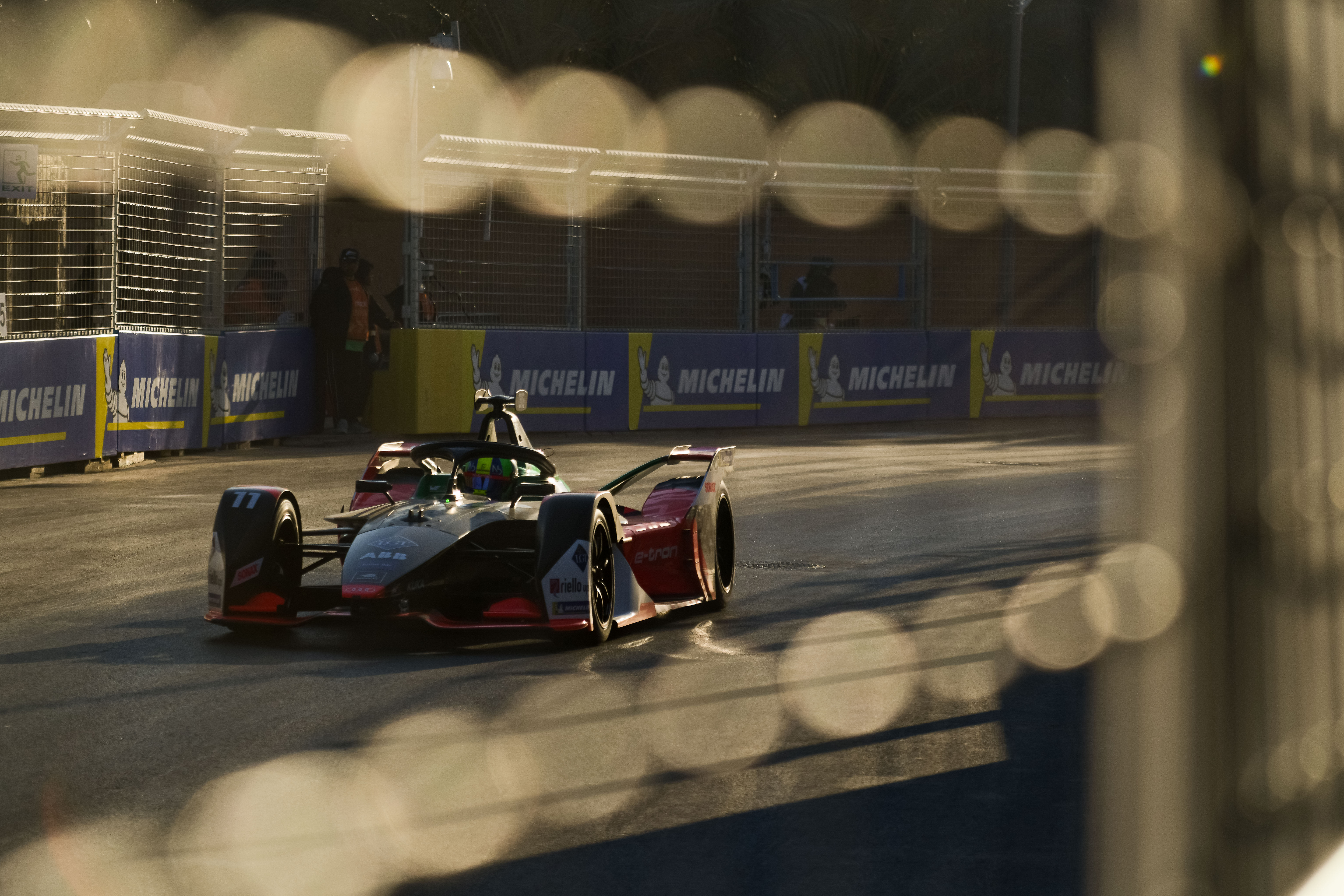 The Race understands the LED clusters will be spaced between 30-40 metres apart around the track.

His Royal Highness Prince Abdulaziz Bin Turki AlFaisal Al Saud, the Minister of Sport, said: “In 2019 Diriyah was the first to host back to back races during a race weekend and now once again we will make sporting history.

“It is very fitting that a place so ancient will showcase the latest in sustainable technology as Diriyah lights up to shine bright for the world to see.

“We look forward to the dramatic racing and incredible scenes that are guaranteed to unfold under the lights.”

The Diriyah races will begin at 8pm local time, and if crowds are allowed to attend the events then the festival-style set-up with concerts arranged for the first two Saudi Formula E races will continue. 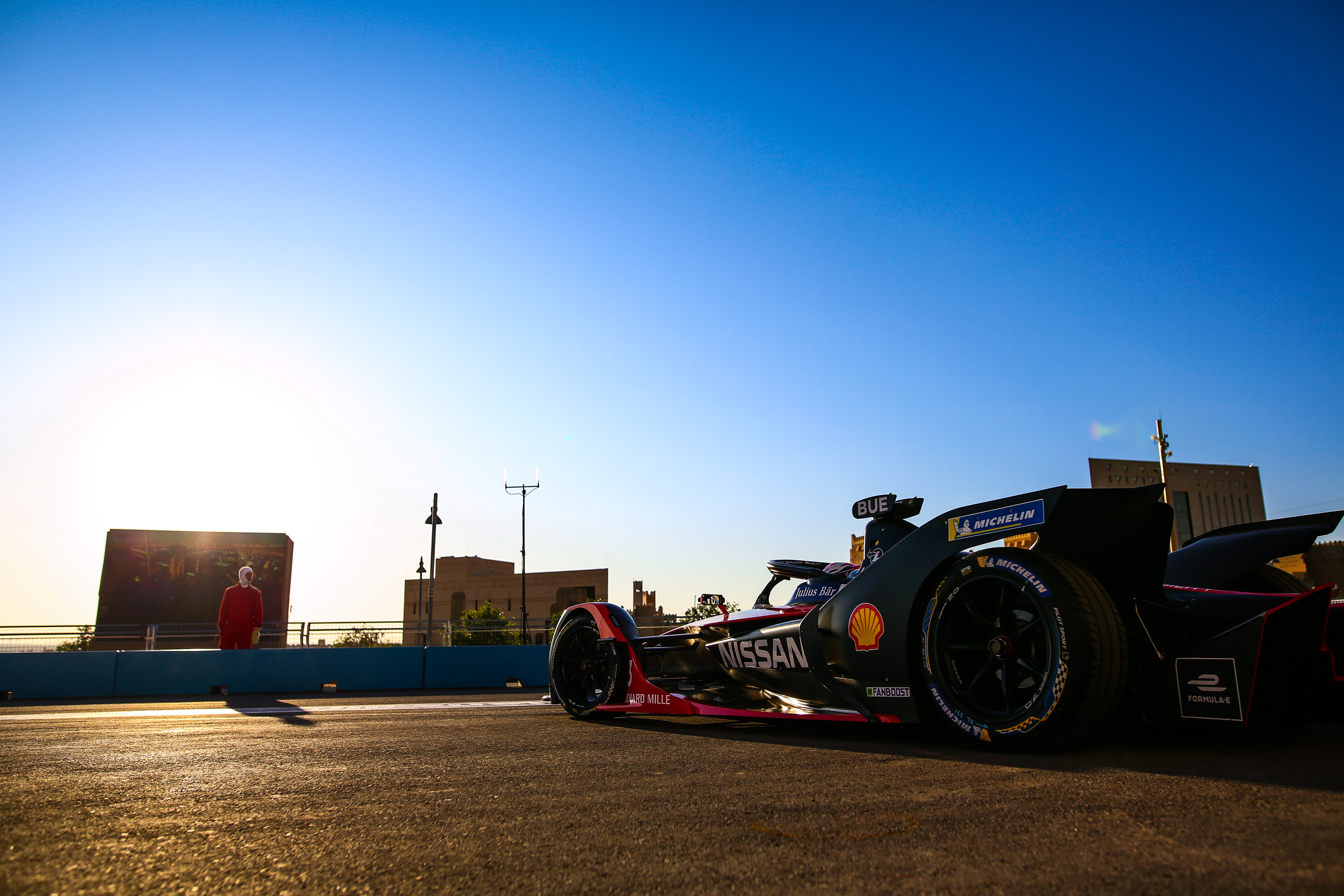 But Longo warned that “we cannot forget that we are still under a big medical crisis, obviously.

“So we will see what the final scope of event is, as we are talking about having some public already there, but that is to be defined and authorised by the local authorities depending on how the situation is with COVID.”

Teams and drivers have been supportive of Formula E running night races in Diriyah, with some already looking at having special illuminated liveries for the occasion.

Jaguar’s James Barclay told The Race that the confirmation of night races is “fantastic news for Formula E.” 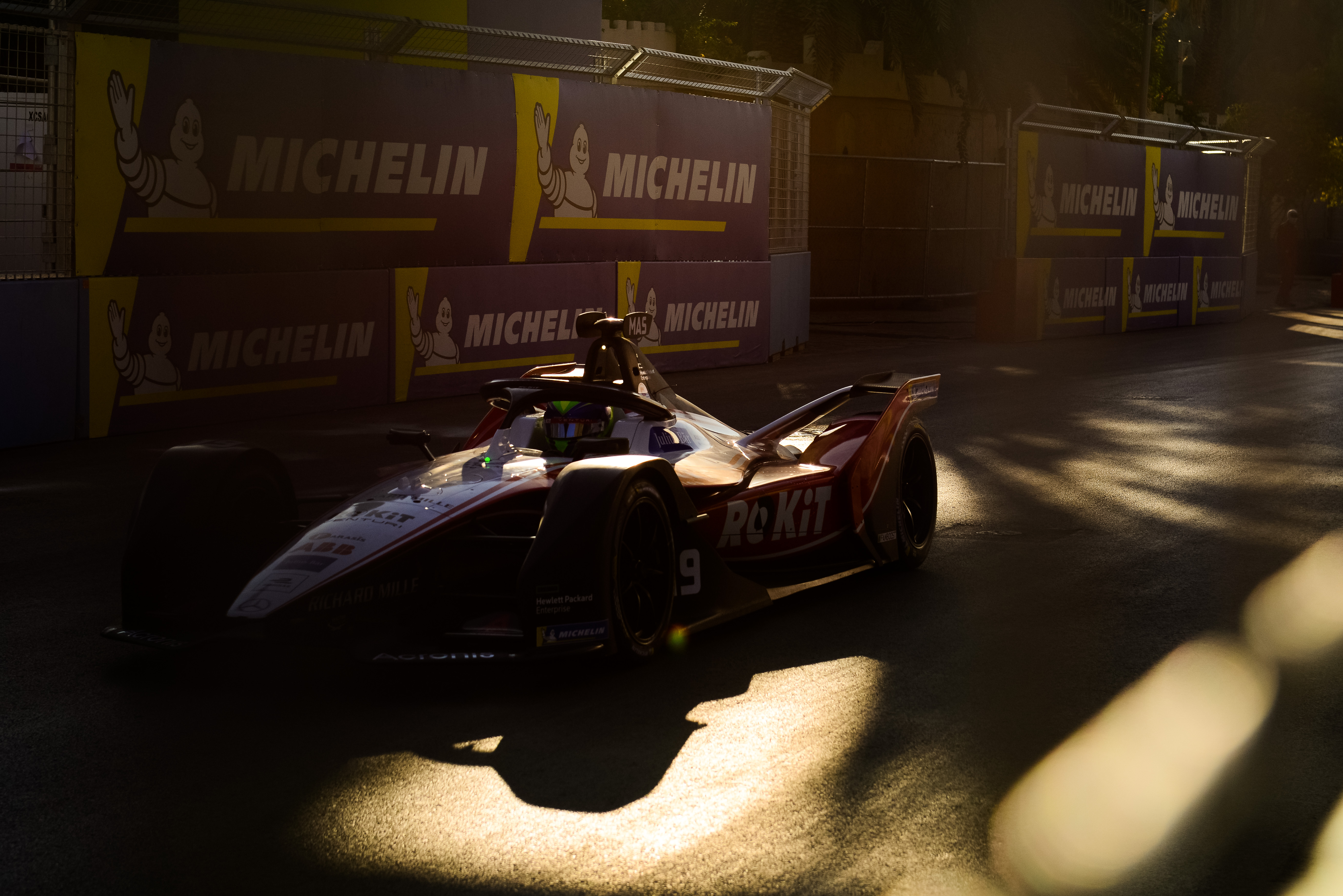 “It creates more atmosphere to the race from a sporting point of view, and I think it’s going to make a great visual,” he said.

“At a commercial level too, having the night races is perfect in terms of timezones. So that’s great for TV viewers around the world.”

New Jaguar Racing driver Sam Bird is also enthused about racing at night, drawing upon his experience at the Le Mans 24 Hours and other endurance races such as the Bahrain and Austin World Endurance Championship events he has competed in.

“It does add a very different atmosphere, something that’s quite unique and very special,” said Bird.

“So I’m sure that it will be special for us drivers as well. I’m super-hyped for it, to be honest.” 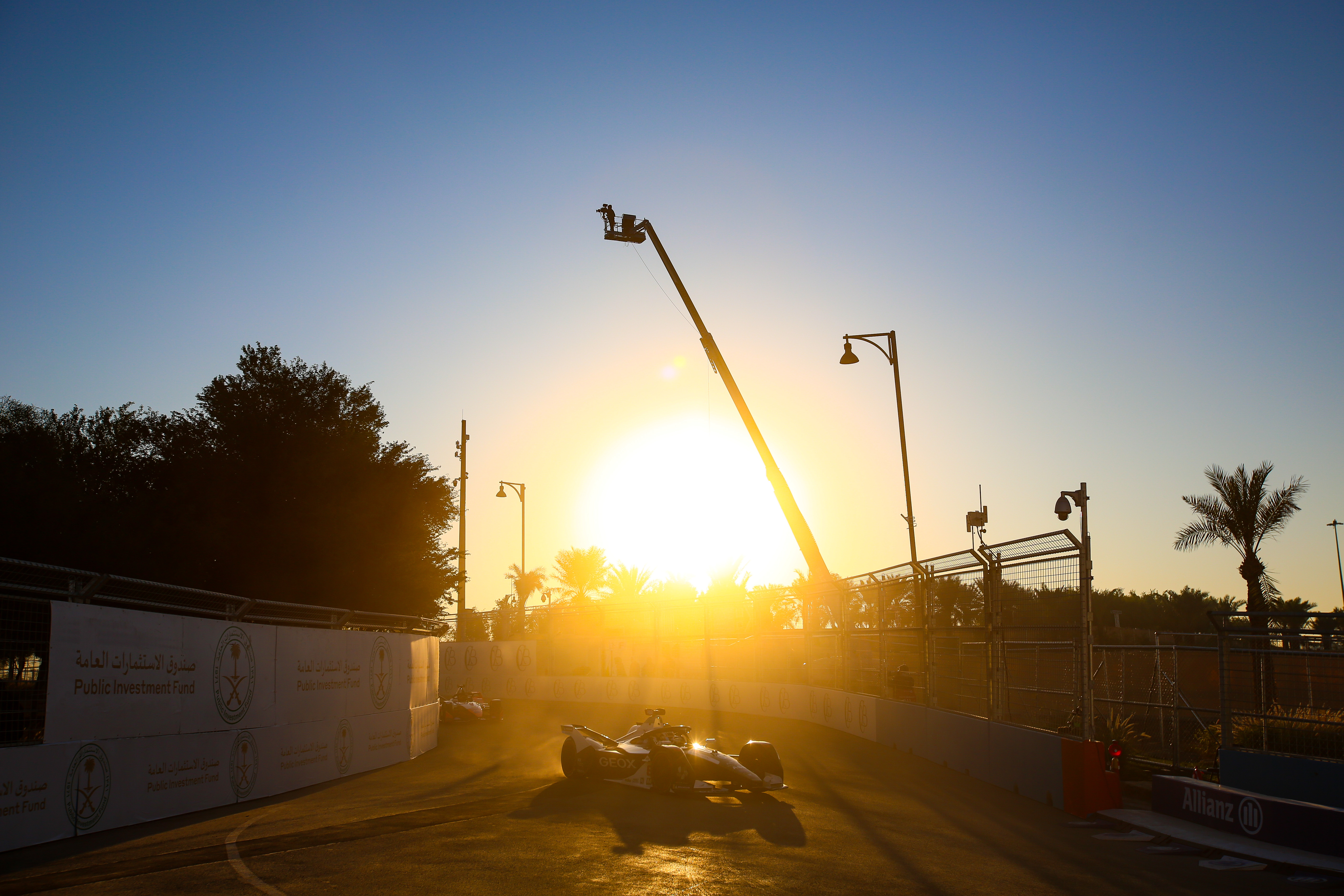