Formula E’s 2022 Vancouver E-Prix will not take place as scheduled this July because the permit to hold the race was not granted by city authorities.

The event was set to be the 10th round of the 2022 world championship and take place on Saturday July 2 at a 1.37-mile, 15-turn track in the same False Creek area of the city that last held an IndyCar race in 2004.

Organisers now say they are focusing on running the first event next summer.

The race was to have returned Formula E to Canada for the first time since the equally troubled Montreal E-Prix of 2017.

That was when a long-term deal ended in a legal wrangle after a political change in the city. Formula E eventually won damages for the early cessation of the contract. 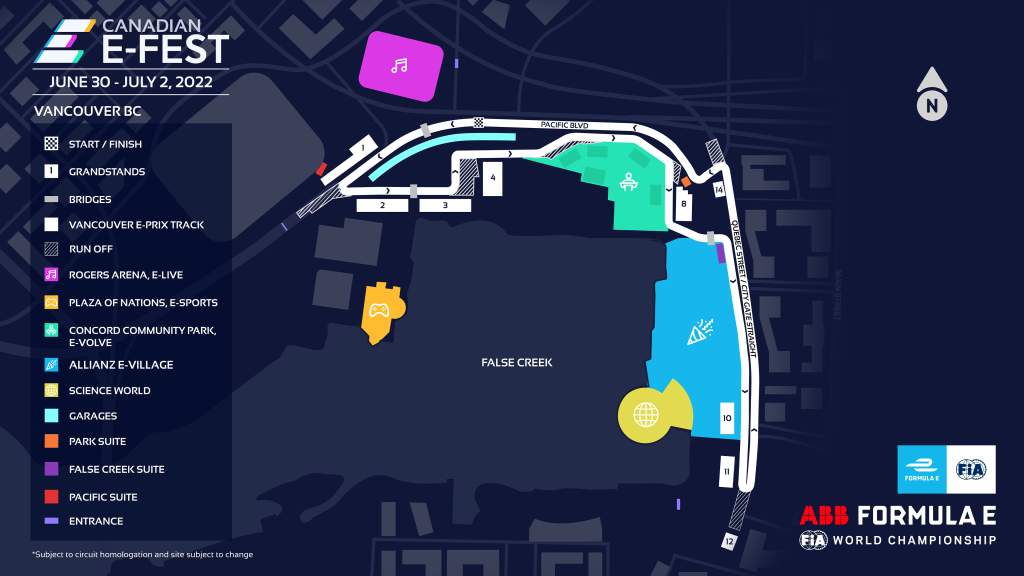 The Race understands that the promoter of the Vancouver event, the Montreal-based OSS Group, was in last-minute negotiations with the City of Vancouver in recent days to attempt to get a stay of execution for the event, which was also set to feature a music festival and a business forum.

However, the deadline has passed to provide the City of Vancouver with specific documentation needed before a permit could be issued.

This relates to precise sanctioning from the special events department of the city which orders the permits needed for large-scale events.

These were needed for the E-Prix and the resulting infrastructure and licensing for the music stage, which required multiple planning documents including an exhaustive health and safety plan, a traffic management criteria, community benefits agreements.

In an official statement sent to The Race, OSS stated that “after intensive review with the City of Vancouver, OSS Group has had to make the incredibly difficult decision today to postpone Canadian E-Fest until 2023″.

“The City of Vancouver fully supports the postponement. Delivery of a world class event is of the utmost importance to the One Stop Strategy Group.

“In the coming days we will be able to determine next steps – including communicating with ticket holders via APTI, our ticket partner, to inform their options.

“Thank you for your support of Canadian E-Fest to date and hope that you will join us in creating a most spectacular event in 2023.”

The initial deadline for submitting the paperwork required for the permit for the event was 95 days before the race – which was March 28. But the documents are believed not to have been filed in their entirety.

Another deadline of end of April 21 was set to provide further confirmations before the permit could be granted. This is believed to have contained insurance, health and safety plans, concert licensing, and several other authorisations.

News of the loss of Vancouver is set to be a major embarrassment for the ABB FIA Formula E world championship, which had banked on Vancouver being one of its showpiece events this season along with two other new races in Jakarta and Seoul.

Ironically it had chosen to go through with a deal for OSS Group to be the promoter of the event, where usually Formula E takes control of such promotions itself for its races.

The OSS Group and Formula E have been planning a race in Vancouver since early 2019 and pre-pandemic had targeted a July 2021 date, but this was deferred until 2022 and was confirmed on the calendar last autumn.

It is likely to leave the 2022 calendar with another lengthy six-week gap between the Jakarta E-Prix on June 4 and New York on July 16-17 and probably shorten the season from 16 to 15 races in total.

The present campaign has already featured an eight-week gap between the Mexico City race in February and the Rome E-Prix double-header, which took place earlier this month.

OSS chief executive Matthew Carter told The Race in a special podcast recorded last November that his aim was to avoid the pitfalls that threw the Montreal E-Prix into decline and eventually cancellation after its first race in July 2017.

However, in recent weeks there have been concerns that all may not have been in order to ensure that the event would go ahead as planned.

Earlier this month the Vancouver Sun newspaper reported Carter as stating that OSS had “confirmed the expected $350,000 security deposit had been paid to the city by wire transfer” and said the “remaining contracts would be signed by all parties soon”. OSS had paid an earlier $150,000 deposit to the city in February. 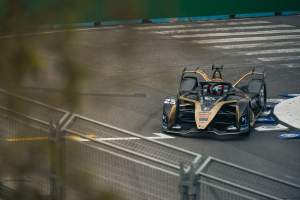 OSS was also said to have “not yet have final contracts with owners of the Northeast False Creek properties they plan to use for E-Fest, including Science World, Concord Pacific, and B.C. Pavilion Corporation, which owns B.C. Place”.

Several big names had been signed up for the event, including renowned activist Erin Brockovich and former Mexican president Felipe Calderon.

The event was also set to include a celebrity race with signed drivers including actor and former racer Jason Priestley and Olympic silver medallist Charmaine Crooks.