Formula E is set to race on the full Monaco street circuit for the first time next May as part of what will be a series of motorsport events on the streets of the principality.

These will include the traditional Formula 1 Grand Prix and the Grand Prix Historic. These will both take place after the E-Prix, which is scheduled for May 8.

It will be fourth time that Formula E has raced in Monaco but the first time it has used the full traditional track.

Previously the championship used a bypass of the stretch from the Sainte Devote corner round to the tunnel, utilising a link behind the Tabac corner and a hairpin at the harbourfront chicane.

“We stopped comparing anything a long time ago, so I can’t see any downside to competing on the big track” :: Jerome d’Ambrosio

In 2021 Monaco will have a slightly different look after extensive work was carried out with a new extension into the bay area around the Portier point of the circuit.

Land reclaimed from the Mediterranean will be used to house flats and a car park among other facilities. The work has been reported to have cost €2billion and will provide 3000 square metres of retail space and a new port area.

The Race understands that the Automobile Club de Monaco, which handles the operational aspects of the track build, will use common infrastructure for cost-effective purposes around all three events. 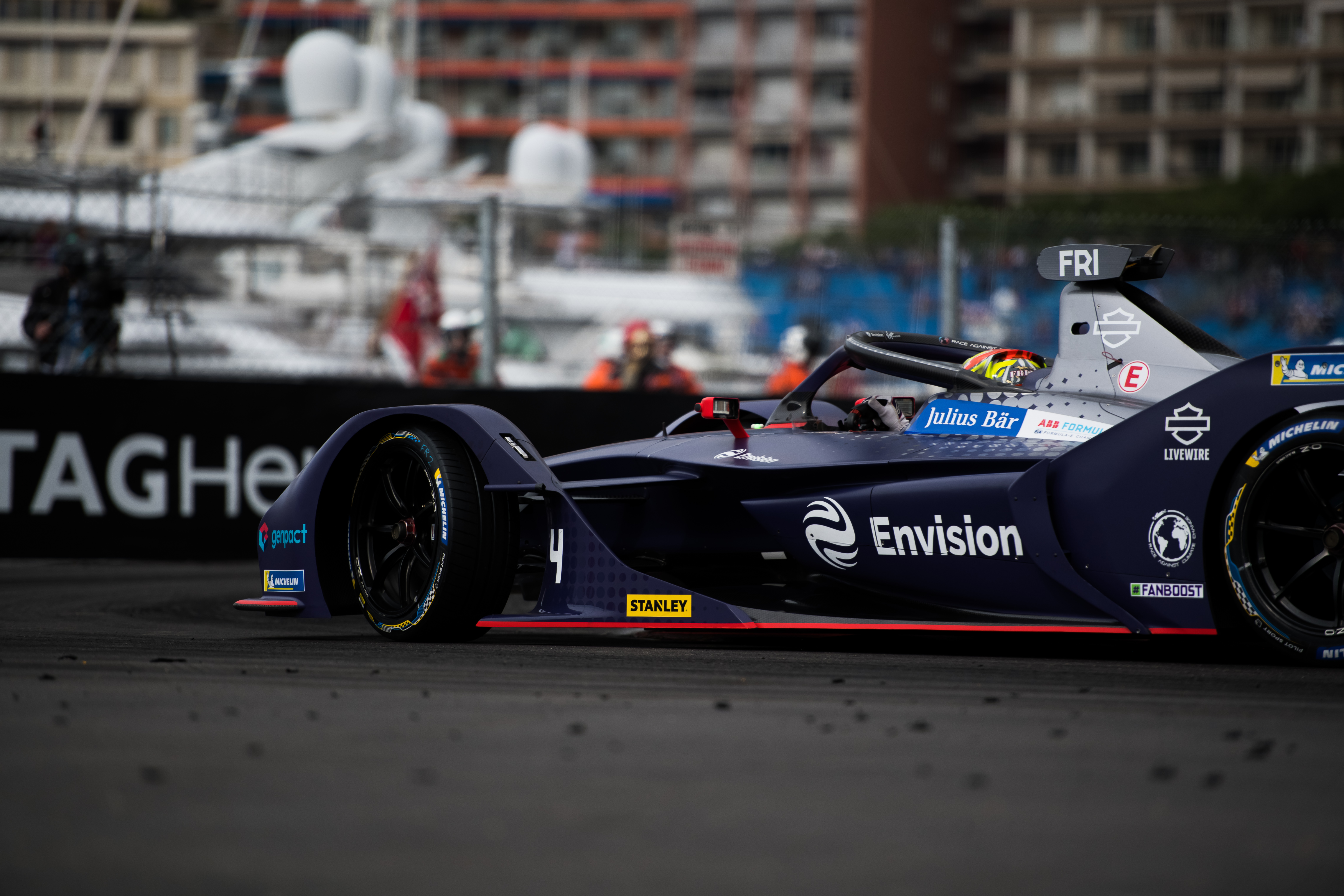 These are being built-up as a Monegasque Racing Festival next May after the principality was unable to host any circuit racing in 2020 due to the COVID-19 pandemic.

“We’ll be hopefully racing on the main track next year, which is exciting,” he told Jaguar Racing’s Re:Charge podcast recently.

Previously, plans for Formula E to race on the full circuit were met unfavourably by some, including FIA President Jean Todt, who queried its use by FE on the grounds it would invite direct comparisons between it and F1.

“The small one just doesn’t have the same historical feeling” :: Robin Frijns

Mercedes-Benz Formula E team manager Ian James believes that racing on the full version is necessary for 2021 and that any worries about comparisons with F1 need to be discounted.

“People have been concerned about a direct comparison with the F1 cars but I don’t think that is the case at all,” James told The Race.

“I don’t think there’s any disadvantage to going on the full circuit, quite the contrary. It’s such an iconic circuit and location.

“It’ll be a privilege to race it from my perspective. To potentially be there next year and to have that opportunity is something we would embrace.” 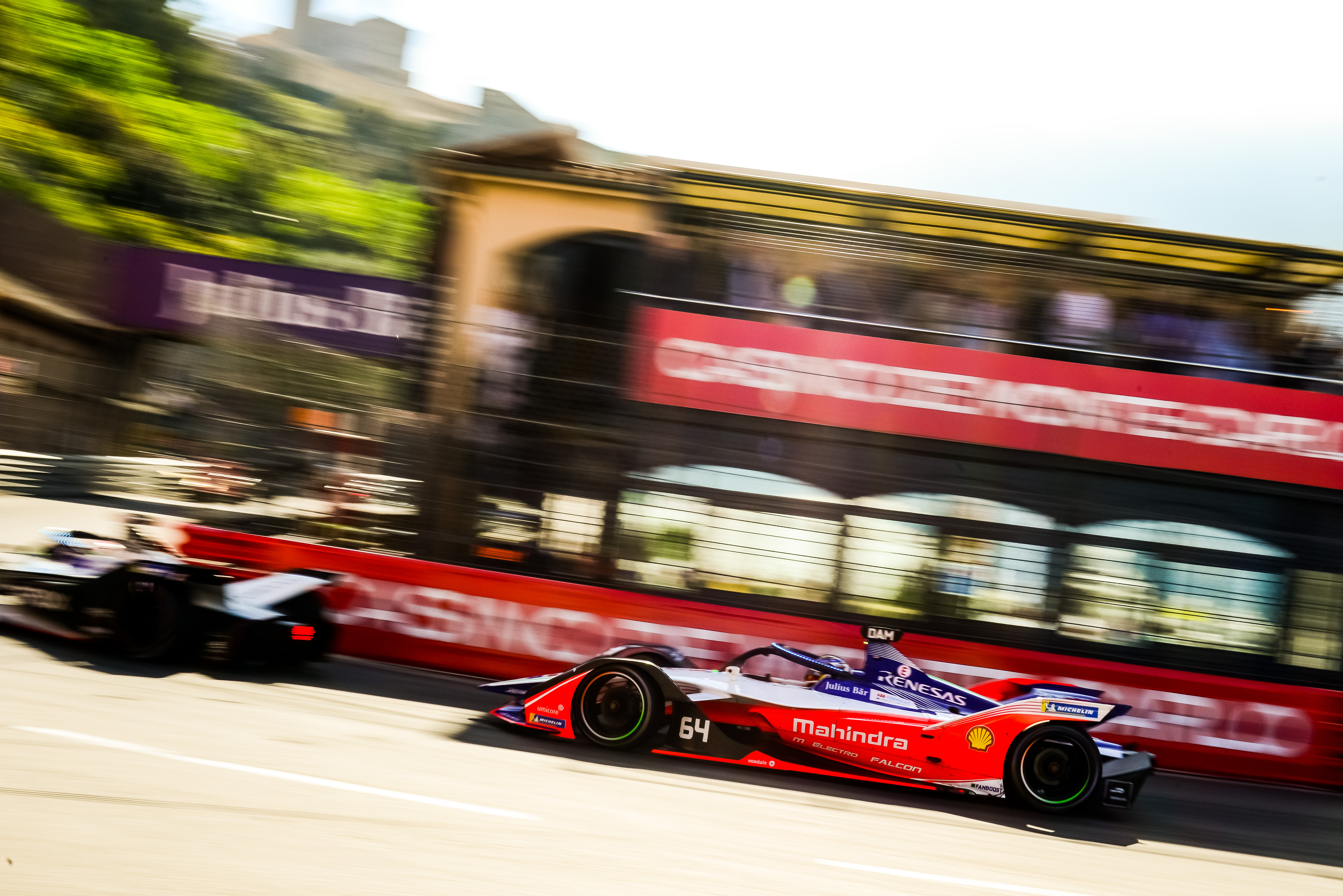 The vast majority of the drivers in Formula E want to be given the chance to race on the full circuit.

Mahindra’s Jerome d’Ambrosio, who previously lived in the principality, told The Race that comparisons between Formula E and other categories are not relevant.

“I think it would be awesome, make a lot of sense and create a lot more overtaking opportunities,” he said.

“If people are worried about any comparison with other categories my opinion is that we are just different and we’re something else. We stopped comparing anything a long time ago, so I can’t see any downside to competing on the big track.”

Envision Virgin driver Robin Frijns, who raced on the full circuit in GP2 and Formula Renault 3.5 in 2012 and 2013, said the downscaled version he raced on in 2017 and 2019 with Formula E was inadequate.

“The small one just doesn’t have the same historical feeling when you go there,” Frijns told The Race.

“Driving through the tunnel and past the casino is something different and unique in motorsport.”