The Race can reveal that Formula E  is set to suspend its 2019-20 calendar amid the coronavirus crisis, meaning there will be no races until mid-May at the earliest.

The postponement of the Paris and Seoul E-Prixs will shortly be confirmed due to the coronavirus outbreak, which was officially acknowledged as a pandemic by the World Health Organisation on Wednesday afternoon. 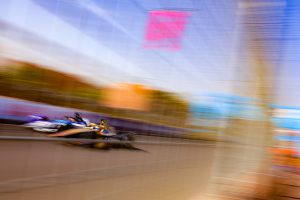 The all-electric series is expected to shortly confirm that it will suspend the calendar for the next eight weeks in a decision that has been taken jointly by Formula E and the FIA.

This would mean that with confirmation of the Jakarta E-Prix’s postponement from earlier on Wednesday, Formula E has now been forced to scratch five dates from its original 2019-20 schedule.

Earlier this week plans for a double-header event at the Circuit Ricardo Tormo in Valencia were formed for the redundant April 4/5 weekend which was left vacant by the Rome E-Prix being scratched off last week.

The Race understands that the Valencia news was about to be officially communicated on Tuesday but plans were withdrawn at the last minute.

Key suppliers to the championship were instructed to prepare for the planned Valencia event and some companies had booked hotels and flights.

The about change for the plans is believed to have caused by a significant spike of virus cases in Madrid during Monday and Tuesday.

The Spanish capital is preparing for a potential full-scale lockdown similar to Rome in the coming days.

As of Wednesday evening Spain has 2222 confirmed cases of Covid-19 and has suffered 54 fatalities.

With this escalation, the country has postponed many sporting events, such as the Copa Del Rey football final. 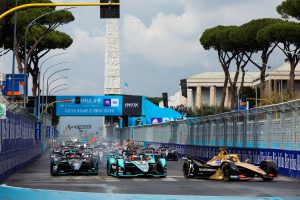 This move will give the all-electric championship time to re-evaluate the remainder of its calendar with the prospect of additional racing to be organised in the second half of May.

So far, the present campaign has featured five rounds held at four venues.

By regulation the championship must complete six events in order for a final championship classification to be deemed official.

Formula E declined to comment on the matter when approached by The Race this evening.

The Race understands that an official announcement is being held until next week so as not to cause complications with this weekend’s Australian Grand Prix.