Formula E manufacturers have provisionally agreed to a raft of emergency technical measures amid the COVID-19 pandemic, including delaying the Gen2 EVO facelift.

The Race can reveal that initial key changes that are being requested include postponing the Gen2 EVO bodywork change from the start of season seven later this year to the beginning of the 2021/22 championship.

Additionally, it has also been agreed, in principal, to request a modification to the technical road map of the championship to relax powertrain homologation from now to the end of the 2021/22 campaign. 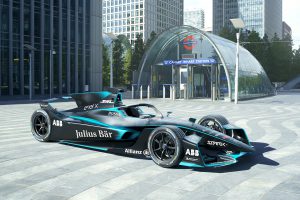 The proposal is that a single powertrain homologation can be used for two seasons rather than one. Manufacturers could either carry their current 2019/20 design through the 2020/21 championship and then homologate a new one for the 2021/22 season, or introduce a new powertrain for the upcoming 2020/21 season and then carry that through the following championship.

It is understood that at least six manufacturers had planned to test new for 2020/21 season development cars this month prior to the plans being made impossible due to the shutdown measures implemented on an international scale.

Both the powertrain homologation and Gen2 EVO requests have to be ratified by the FIA before they are mandated. This is expected to take place imminently after an extraordinary Formula E Technical Working Group sits remotely to effectively sign-off the request. This in turn will then be clarified and agreed by the Formula E Committee, which is a collection of FIA and Formula E Operations senior staff.

The Gen2 EVO update kits were in production before the shutdowns began via a key supplier of Spark Racing Technologies in Italy called HP Composites.

The Race reported last month that HP, based near Pescara, had shut its doors on March 22, meaning delivery of the components to teams was likely to be delayed until late this summer.

Some manufacturers have been briefing FIA and Formula E executives in recent weeks that the championship’s participants needed to protect themselves and ensure that any big investments are kept to a minimum. At present the automotive industry is largely not producing vehicles due to plant closures or suspensions of work due to the crisis.

Some teams have placed staff on furlough or equivalent schemes in recent weeks. The Race understands that some staff from Porsche, Nissan e.dams, Mercedes and Jaguar are among those that have taken this or similar options.

The FIA and Formula E are also known to be evaluating the planned arrival of the third generation FE car for the start of the 2022/23 season, when a completely new rules set is planned.

The original deadline for the Gen3 tenders to be submitted was next Tuesday, April 14. The Race revealed last month this was extended by two weeks in light of the global crisis.

The changes revealed by The Race were formally ratified by the FIA on Thursday night. Formula E believes the moves will cut teams’ development costs in half between now and the end of the 2021/22 season.

FIA president Jean Todt said: “In these difficult times, adapting the cost structures in motorsport is a priority to ensure its sustainability.

“I encouraged the decisions regarding FIA Formula E Championship approved by the World Motor Sport Council in this regard, which are in line with the discussions currently underway for the other FIA disciplines.”