London FE races to run with reduced energy amid concerns

The London E-Prixs next weekend will run to a reduced usable energy allocation to address concerns that the configuration of the Formula E venue would result in flat-out races and go against the ethos of the all-electric championship.

The Race can reveal that this is set to be reduced by 4kWh to 48kWh for the ExCeL Arena races.

Teams and drivers lobbied the FIA at the New York E-Prix last weekend to look at a reduction amid fears that chaotic flat-out races would trigger multiple race suspensions such as were seen in the 2018/19 season. 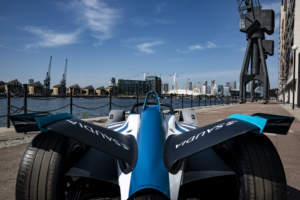 That was when energy was not deducted for safety car or full course yellow situations and led to several races being red flagged as drivers launched aggressive race strategies, triggering incidents.

The Race revealed earlier this month that the London E-Prix track will be significantly revised from its previous iteration that was revealed in 2019.

The new track layout was expected to see drivers recovering as little as 10% of energy, whereas normally a 30% recoup takes place in completing a race.

Now, the FIA has made the reduction for the first time meaning that a more traditional energy saving element will be brought into race strategies.

The official wording of the change that was communicated to teams earlier today indicates that ‘following prescriptions of Article 37.7 of the Sporting Regulations and Article 7.6 of the Technical Regulations, please note that the amount of energy that can be delivered to the MGUs by the RESS in the London e-Prix races (Round 12 and 13) will be reduced to 48kWh (instead of 52kWh).’

Speaking to The Race and expanding on the decision, the FIA’s director of Formula E & innovative sport activities, Frederic Bertrand said that the decision could also be supplemented with some experimentation with the attack mode boost elements of the race. 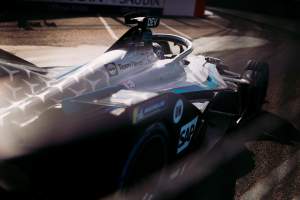 The FIA has previously used three deployments of this in some races but usually chooses two activations during a race.

“So, I think 48kWh is a good challenge and we want to keep the race proper.

“If we feel that there is to some adjustment, maybe we play a little bit with attack mode, particularly if we can help to overtake.”

Speaking before the decision was made today, DS Techeetah’s Jean-Eric Vergne said that the race would be “like an indoor karting event” if the available usable energy was run as usual.

“It would be a train and no one will overtake because it’s the lowest amount of energy saving we need to do.

“It would look really bad if they don’t do something because we will just crash into each other and it will not be a race really.

“They have to look at it and make a change for sure.”