The full list of manufacturers that will compete in the next generation of Formula E rules may not been known until the summer, despite the formal deadline for signing up to the Gen3 era being just nine days away.

Mahindra and DS are the only two current manufacturers that have committed to the new rules, under which quicker and lighter cars will be used from the start of the 2022/23 ABB FIA Formula E World Championship at the end of next year.

Porsche, Mercedes, Nissan and Jaguar are all understood to have an intention to continue their programmes but some of them are yet to have the decision formally ratified at board level.

Two other manufacturers are said to also be in talks with Formula E and the FIA to join those already involved in the world championship.

Audi and BMW have already announced their impending FE exits.

“We will need first to select the manufacturers and the selection of manufacturers will happen between April and let’s say June,” the FIA’s Formula E and Innovative Motor Sport Projects department’s director Frederic Bertrand told The Race recently.

“I hope for the summer, we will be able to announce the full list of manufacturers participating.

“The earliest we can announce the happier we are, but for the moment we are not in a rush to announce anything.” 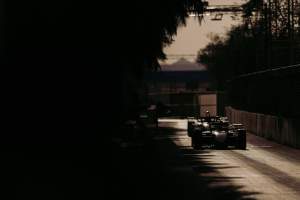 The March 31 deadline is not a hard deadline in the sense that entries will still be considered if they are lodged after that date.

But manufacturers will not receive official CAD data from the FIA via its managed network of suppliers – Spark Racing Technologies (chassis and frontal powertrain), Williams Advanced Engineering (battery) and Hankook (tyres) – for the Gen3 car until they register.

So though manufacturers will be allowed to sign up after the end of March, any that do so risk losing vital time on the technical management of their Gen3 projects.

Most competitors are already working on the powertrain aspects of 2022/23 challengers but crucially they need data regarding, in particular, the back of the chassis, the floor and the upright designs in order to package their designs.

Gen3 cars will be delivered to manufacturers in early 2022, meaning that there is limited time to develop the car itself before its debut.

Though Bertrand confirmed that the FIA “will consider a late entry”, he wants those already committed to get the data they need as soon as possible.

“The thing we don’t want to do is to delay the development programme. That’s why we keep the 31st of March and if you discuss it with the [FIA] technical department, they already feel it’s too late,” said Bertrand.

“It’s in this way that it is a hard deadline because we feel that someone not coming at this stage puts himself in a situation which is not the ideal one.” 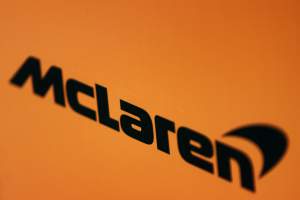 Negotiations around the commercial make-up of the Gen3 rules have been ongoing in recent months but hit a breakthrough earlier this year when a constitution of protection for non-manufacturer teams was agreed.

This agreement was made to manage the cost and perceived performance level disparity between a customer and a works team.

A guarantee that Formula E manufacturers are able to supply cars to teams with fully integrated software updates has been agreed to be part of the rules for manufacturers supplying customers from 2022/23 onwards.

The introduction of a €600,000 cost cap for manufacturer services within the supply of cars is seen as a more attractive proposition for the long-term health of the championship.

“For the moment, good feedback from everyone,” Bertrand added regarding the prospects for the Gen3 grid.

“We feel confident that we will be secure a grid which will be at least close to the current one or even better.

“So that’s for us the target and we now need to secure that this comes into reality.”

On the technical front, Bertrand said the Gen3 plans are exceeding expectations in terms of development and the performance criteria that were outlined in the initial tender documents made public last year. 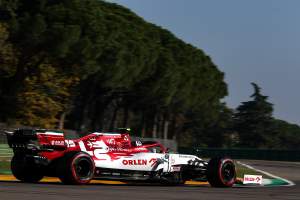 “The process is running in a quite smooth way and we are really happy with what we see,” he said.

“We feel that we will be able to propose a car to the manufacturers which will be even better than the targets that are fixed in the tender, I would say.

“In many points we are able to improve on the weight and on the size.

“We want a car which will be more agile, more fun to drive and on the other side which will be sufficiently advanced to be able to be used between 2022 and 2026.”