The Berlin EPrix will not take place in June after being officially cut from the the Formula E Championship calendar due to the coronavirus outbreak.

Formula E has officially extended its ‘red flag’ period of no racing from mid-May to the end of June in response to the COVID-19 measures that have led to several high profile European races already being postponed or cancelled.

The Race reported earlier on Thursday that recent continuation of containment measures in Germany had put the next scheduled Formula E race at the Tempelhof Airfield on June 21 under threat.

The update on the 2019-20 calendar, which was agreed jointly by Formula E and the FIA, will now mean July becomes a ‘yellow flag’ month according to a Formula E statement, meaning that “the opportunity to host events or reschedule races remains open should the coronavirus situation stabilise”. 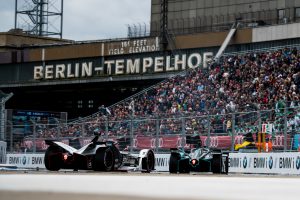 The statement added that “our priority in all decision-making must be the health and safety of our staff and the entire Formula E community of teams, manufacturers, partners, drivers and fans, as well as the citizens and residents of the cities in which we race”.

Formula E continues to look at contingency options for ‘the highest number of races possible’ to conclude its season which has so far completed five races from four events.

By regulation, the championship has to have completed six events to have a final classification, although this does not account for force majeure clauses.

The Race reported earlier this month that a possible Asian leg is also part of the contingency plans and could include re-scheduled EPrix’s at Sanya, Seoul ad Jakarta which had original dates of March, May and June respectively.