Could Mercedes ride its luck to a shock Formula E title? - The Race
Skip to content
Formula E

Could Mercedes ride its luck to a shock Formula E title?

Is luck a dividend of sweat, or simply a myth to make people treat those two great imposters triumph and disaster the same?

When Manchester United won a historic triple triumph of Premier League, FA Cup and Champions League in 1999, it owed as much to luck as it did to the squad’s undoubted brilliance as a football team.

The culmination of that remarkable feat was literally provided with the spin and arc of a football.

One-nil down and with just 15 minutes left on the clock in the Champions League finale, Bayern player Mehmet Scholl’s delicate chip beat United goalkeeper Peter Schmeichel with ease. As the ball headed towards the net, it did so as if in agonising slow-motion.

At the last second the rotational angle swung it to the post, where it bounced back into the grateful and stunned hands of Schmeichel.

That was when the doubt turned to conviction.

United had ridden its luck, then hammered home the good fortune to render its opponents immobile with regret at the final whistle.

Fortune will also likely play its cunning part in where the Formula E title will drop this year.

That Manchester United tale is one of a sporting giant rediscovering its confidence at a crucial moment with a little help from luck. In Formula E, there’s a motorsport giant that hasn’t yet shown it can conquer this electric world – but which has had a bit of good fortune from the revised calendar that could help it find its feet faster. 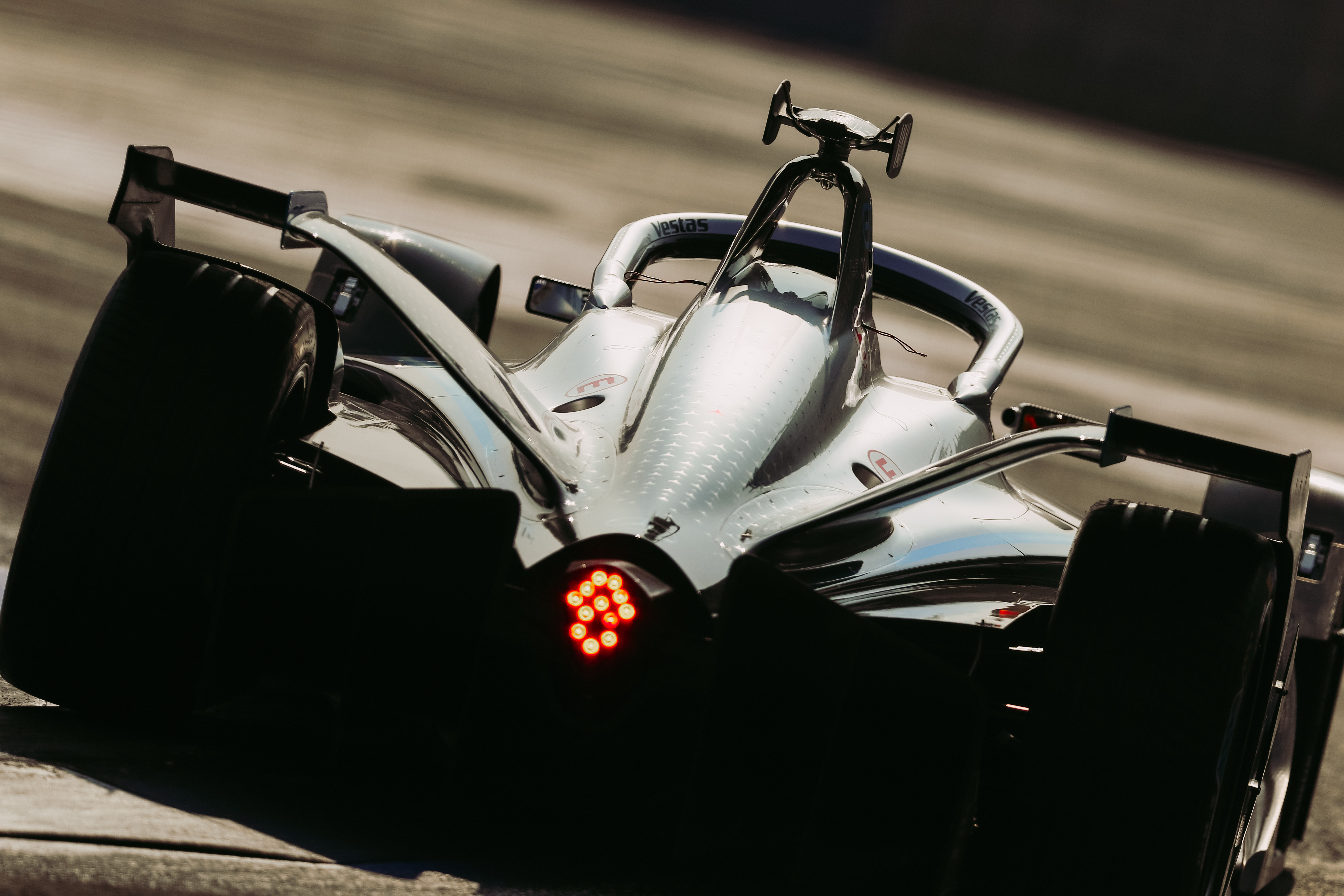 As half a season’s worth of races is packed into a busy nine days starting from the middle of next week, forensic planning and preparation won’t eradicate those fickle moments of fate.

Homework, speed, skill and wisdom will form part of a successful crusade for the champion. But, with approximately four and a half hours of racing and 180 drivers’ points up for grabs, the slights of providence will also play a part.

Could such destiny glint upon the silver tipped wings of the Mercedes Formula E team and turn a rookie season of steady promise into a sensational title charge?

“All bets are off, anything can happen” :: Ian James

It has every chance. Some rivals are even tipping Mercedes to snatch the laurels from DS Techeetah, BMW i Andretti, Jaguar and Nissan, the four squads currently ahead in the teams’ points standings. Then there is Audi, which has not been beaten at its home venue since 2017.

Mercedes will need Stoffel Vandoorne to halt errors such as the one he made at Mexico City and also the AWOL race he suffered in Marrakesh, if any notion of a crack at the title is to be considered.

But should it transpire then evidence is there to suggest Vandoorne, who is more likely than Formula E novice team-mate Nyck de Vries to challenge thanks to his superior points haul (Vandoorne’s sixth in the points, 29 behind leader Antonio Felix da Costa), may be in with a chance of achieving a remarkable feat for Mercedes.

The Mercedes-Benz EQ Silver Arrow 01 cars are yet to really show their full potential, but make no mistake – this is one quick Formula E package. 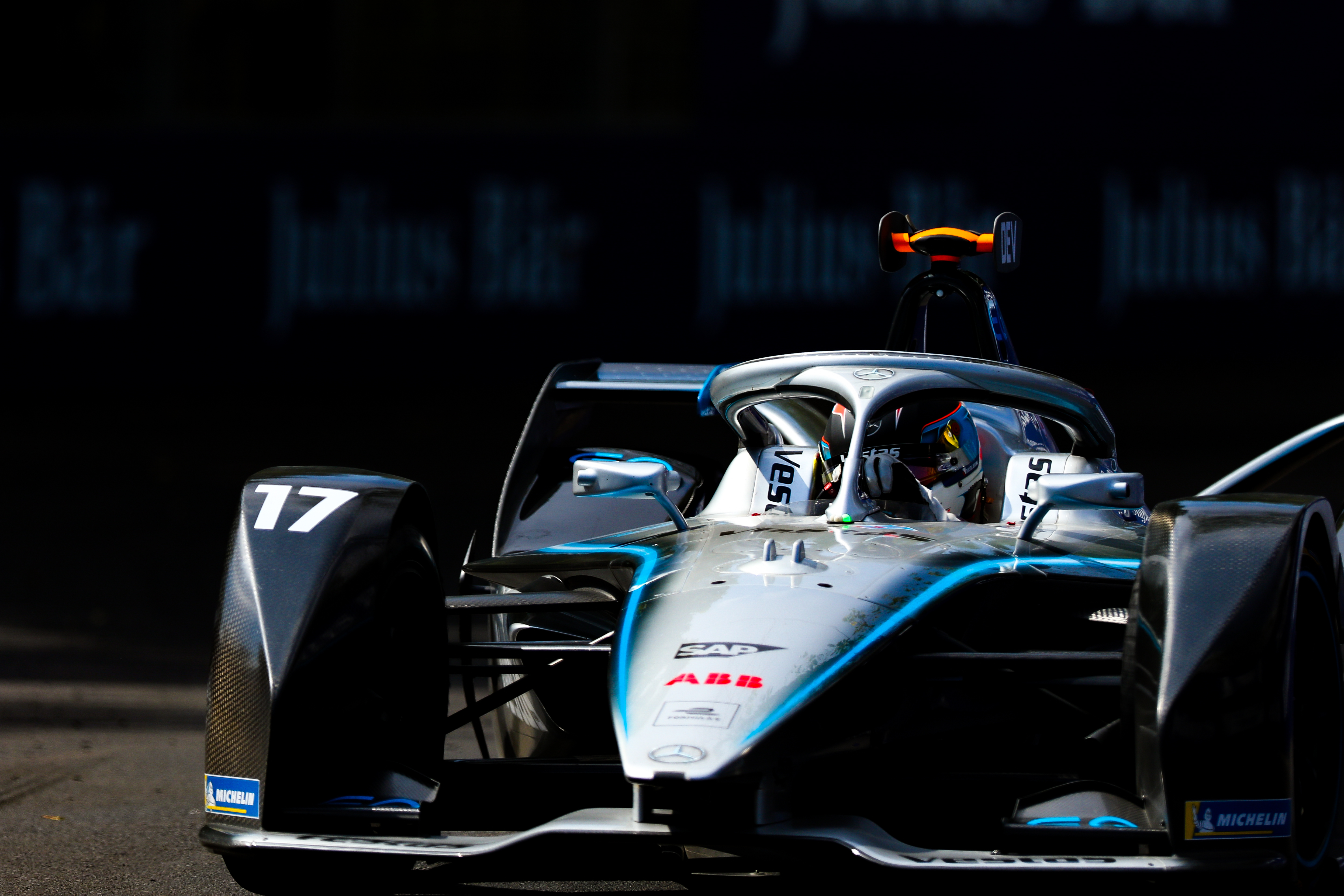 It has something of the stealth about it. It sounds slightly distinct to its opposition and curiously it is indulged differently to other cars in the practical sense before a race as well.

The Race revealed in Santiago that it is extensively cooled using a curious device that we rather impishly called ‘an arse-chiller.’ All teams do this to some extent, but Mercedes has done it in a very detailed manner in which it contracted a long-held Daimler supplier to deliver the surgical looking device.

So what does Mercedes really have and how is it applying it? Could it have a unique gearbox design, perhaps?

Has it, like BMW, got a longitudinal powertrain cluster (most others have a traditional transverse MGU set-up)?

“I hope we are a bit of a dark horse but really we shouldn’t be fighting for a championship” :: Stoffel Vandoorne

We don’t know and perhaps won’t until after the season is completed, if at all. But it is known that the Brixworth-based High Performance Powertrains company has come up with a fair bit of innovation, as you would expect for a company of such great engineering capability and pedigree.

With that hard work, design, R&D and application still comes a little luck though.

Last season, in a true campaign of fitful form, the then-designated HWA Racelab squad had probably its most consistently impressive race at Tempelhof.

Vandoorne qualified second, Gary Paffett fourth, and while the race dropped away slightly, it was a track that seemed to suit the soon to be factory Mercedes entity. 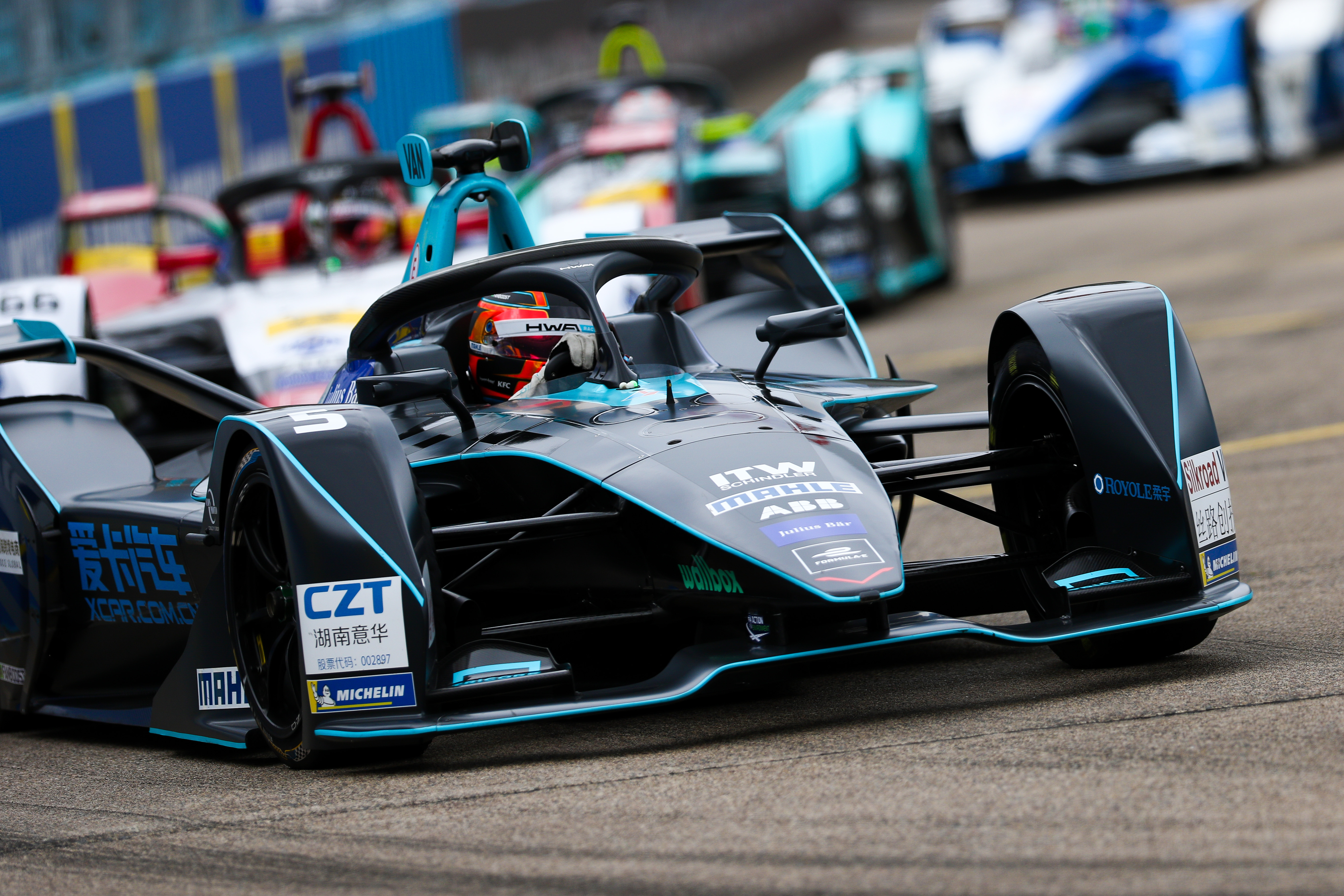 So might the fact it now has six races at the historic venue, albeit on varying track configurations, be the twist of favourable fortune that Mercedes can really exploit? Its boss, not surprisingly, is playing it canny.

“I don’t think this situation has ever come up in a motorsport series before and it’s going to make for a very, very interesting show.

“If you throw into the mix the usual chaos that we get with a Formula E race then all bets are off, anything can happen.” 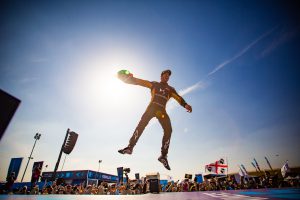 For Mercedes driver Vandoorne, whose sixth in the standings is thanks to his brace of third places in Saudi Arabia and a sixth at Santiago, an unlikely tilt at a title challenge is whispered rather than hollered.

“I hope we are a bit of a dark horse and we can outperform expectations, let’s say, but really we shouldn’t be fighting for a championship because it’s our first year and we’re still a very new team,” Vandoorne told The Race.

“It’s the first year we’ve introduced our own powertrain. We’ve been learning an awful lot about it already this season.” 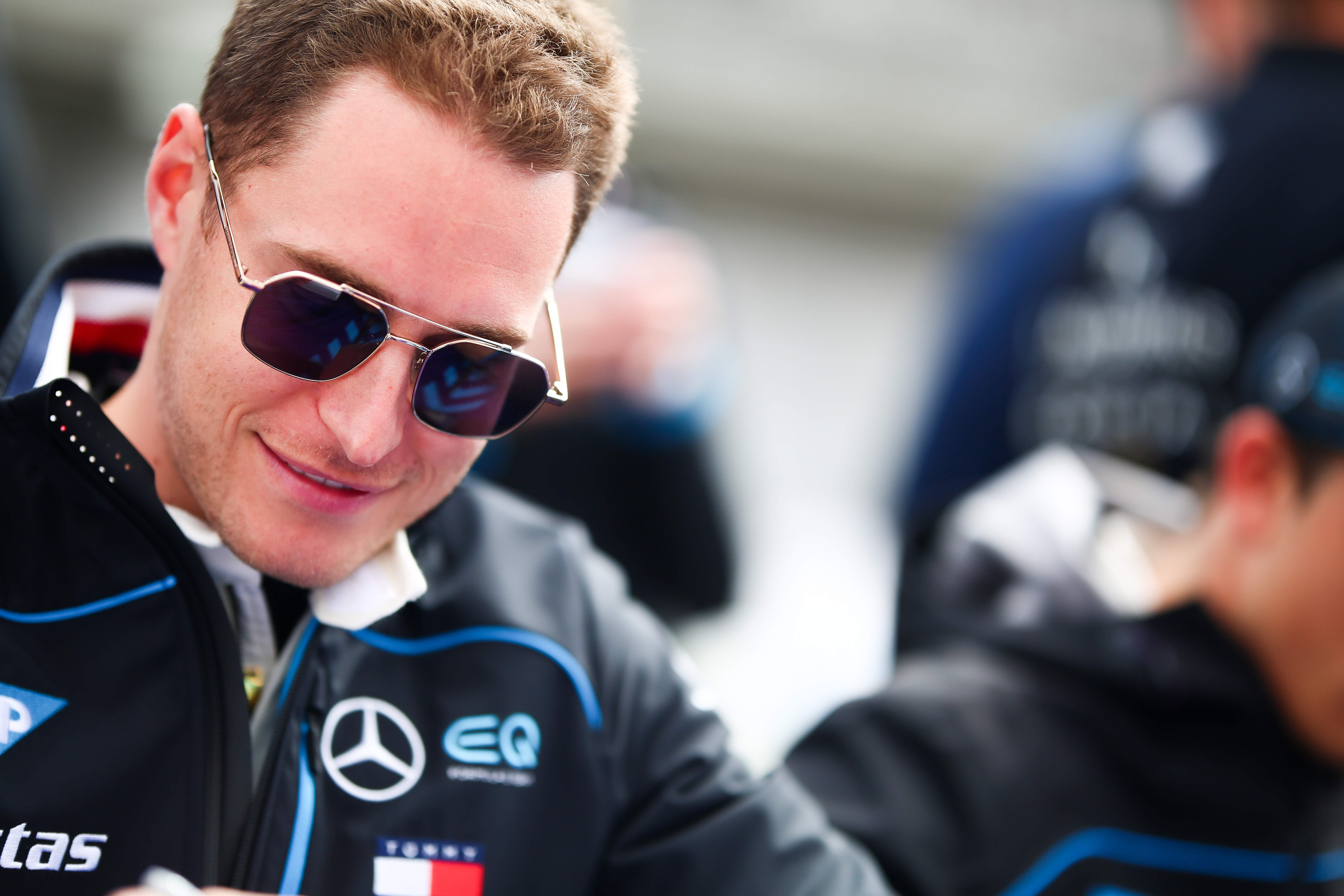 Vandoorne also believes that the enforced pandemic break was actually positive in some respects for Mercedes so that it could analyse data accrued so far.

“We had to make some small improvements and small steps forward and I’m just looking forward to see how that is going to translate in Berlin,” he said.

Winning the thing for Mercedes in its first season of FE existence would be a romantic storyline. The sheer spirit of unity with which this still-growing championship has embraced the unusual method by which its 2019/20 season will be concluded is an excellent springboard towards Formula E’s first campaign with full world championship status next year.

A shock late title run from one of motorsport’s biggest names wouldn’t hurt either. 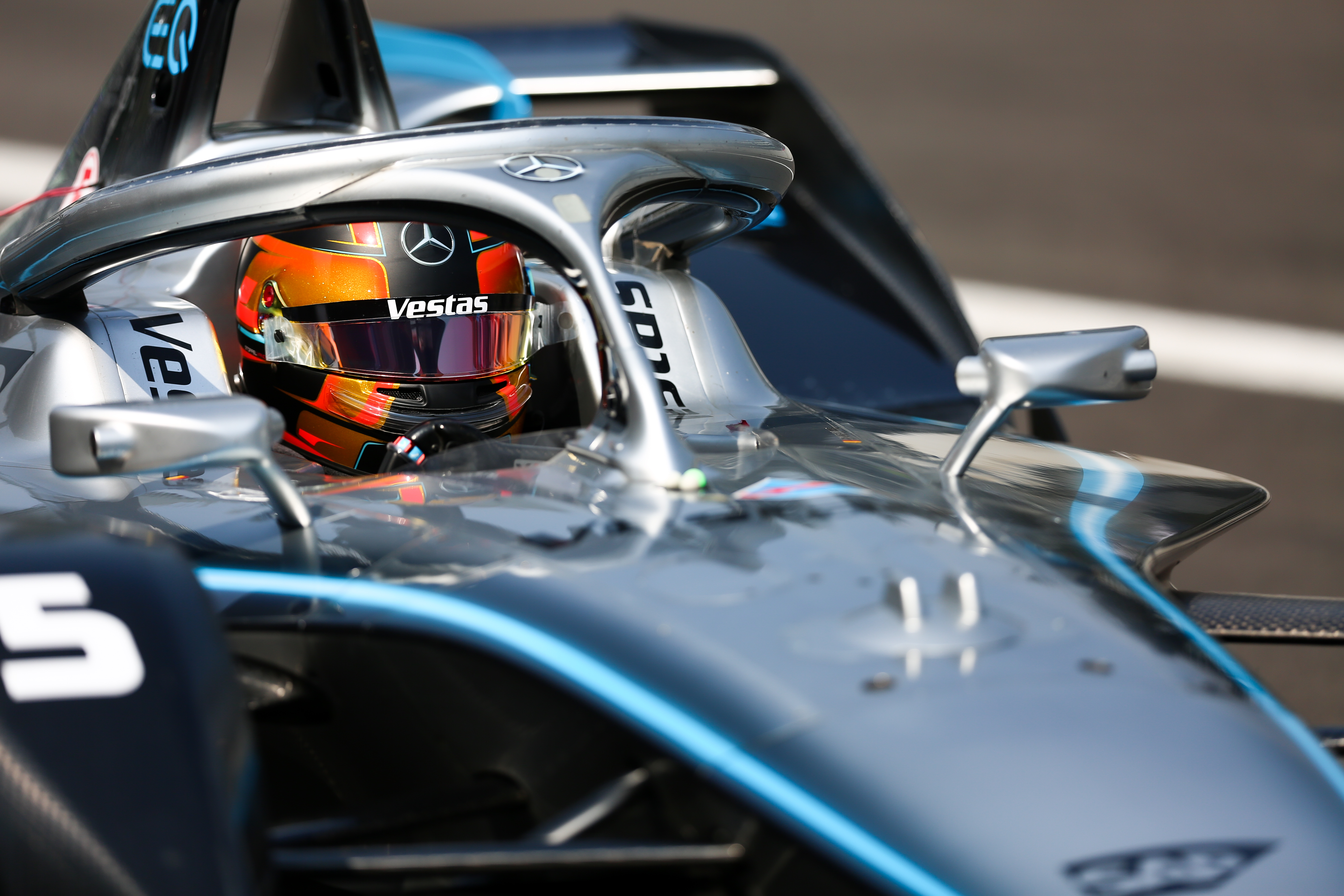