A team-mate fight that could shape one champion’s legacy

After da Costa’s comprehensive bettering of his direct opposition last season, including Vergne, the 2021 season is not just set to be instrumental in how their relationship develops but also how the future of the DS Techeetah team itself progresses.

The next move is definitely Vergne’s. It is one that is likely to define the double champion’s own future in Formula E as he looks to reassert his standing in a cut and thrust electric hierarchy.

There is a moment in time which may be viewed in years to come as the pivotal moment.

It came when Vergne made a small mistake in the opening stages of the first Berlin E-Prix last August. At first it seemed minor as he locked a brake going in to Turn 5 on the opening lap. But in reality he unknowingly set in motion a chain of events that further weakened his power in the DS Techeetah team and indeed the whole of the championship.

He lost ground to a flying da Costa and was forced to defend from, coincidentally, his ex-team-mate Andre Lotterer. In doing this, the race and in reality the title was lost. 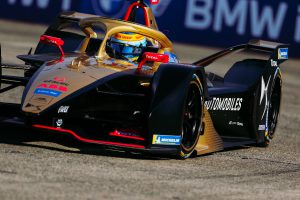 This precipitated another angry radio exchange with his team. In Vergne’s swirling mind Da Costa was reneging on a pre-race pace strategy formed so they could pull away together from the chasing pack and slug it out in the second phase of the encounter.

That plan became largely obsolete through the error and was exacerbated because da Costa was simply quicker. From there on in, Vergne’s only battle was with himself as he descended in to paranoia.

Yet the relationship between the pair had in reality been de-tuned slightly after the Santiago round almost a year before. That was when da Costa publicly called out his team-mate about his erratic handling of race management strategies during the race.

It wasn’t helped by the fact that Vergne also suffered damage to his car and chose to continue and ignore radio messages he received via his engineer, who in turn was acting on the strict advice of race director Scot Elkins.

The post-race debrief there were punchy, as they also were in Mexico a few weeks later. That was when similar choreography also hit snags. Inevitably this cooled the relationship between the two, although it was far from a damaging frost.

The facts were that Vergne felt somewhat untouchable in the team prior to da Costa’s arrival in September 2019, a deal that Vergne says he instigated.

He had rarely been threatened by Lotterer, and the two had cultivated a strong friendship along the way.

No driver takes being beaten by a team-mate well, and Vergne is far from the exception. But what he had never forecasted was a teammate that had the full complement of skills that da Costa so possessed in both qualifying and race trim.

That, combined with Vergne clearly not being at the top of his game in 2020, meant that da Costa could tie up the title with plenty to spare.

The reasons why Vergne was not as good as he was in his second title season in 2018-19 are a moot point but can be traced through his future ambitions.

What we do know is that he had long since started to plan the next stages of his life, possibly away from Formula E. He was co-founder in the Veloce Racing team and also co-launched a remarkable sounding company called Endorphin Distilled Spirits. If it does what it says on the tin, he’ll be a popular man!

Did these and other things distract Vergne a little from his pursuit of a hat-trick completing title, and did da Costa’s ‘fist in velvet glove’ approach to beating his stablemate wrong-foot him, putting Vergne on the ropes?

All this is not to imply that da Costa played overt mind-games to get in to Vergne’s head. He didn’t need to do that because Vergne did it for him, as time after time he needed to be calmed over the radio as da Costa got the upper-hand and simply started to check out from the battle.

Da Costa did what he could in Berlin to help Vergne achieve the runners-up position in the standings and it worked nicely. To give Vergne his due, he was publicly gracious in defeat. And handed his title over admirably.

Privately though he was likely to have been flummoxed, that this team that he had laboured remarkably to transform from joke start-up in 2016 to serial winners just a few years later was triumphantly reflected through another and not him.

So how does Vergne fix it now? Make sure that a black and gold reflection of glory radiates back upon him in 2021?

Can he get back to the hungry as hell persona he cultivated from late 2016 onwards when he fought back from a despondent affair with DS Virgin? That was the season Sam Bird got the better of him, when he endured a rancorous relationship with team boss Alex Tai and had to be re-born through the prism of Techeetah. 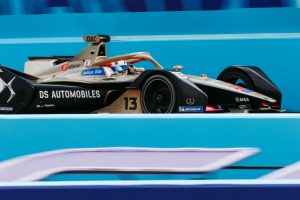 Back then it triggered Vergne to find his brilliant best. The Vergne on a mission to rescue a career that by summer of 2016 started to break-up on the rocks. The Vergne that pull off genius wins like Punta del Este in 2018 or Bern a year later, and the Vergne that was revered by pundits and fellow competitors alike.

Looking ahead things have already started to change. He will have a new engineer this season as Thibault Arnal replaces Pascal Tortosa who moves up to a more over-arching engineering position.

The duo plainly enjoyed great success together but there often seemed to be unnecessary deliberation in the camp during races.

Witnessing the DS Techeetah engineering team immediately after even a successful race, was sometimes like sensing tension from a group of people in hostage negotiation rather than calling a motor race. 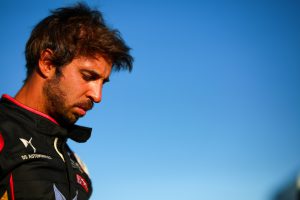 But the paradox for many at DS Techeetah is that the desire to win with Vergne is so strong that it manifests itself in tumult and dram. It has plainly worked. The problem now though is that the guy opposite him in the garage can do the same but in a calmer manner. That just has to be irritating for Vergne.

The bigger picture of course is that with the carrot of a potential crack at Indycar for 2022, Da Costa’s desire might be to match Vergne’s double title achievement and then set sail across the Atlantic from his beloved Portuguese coast.

Or could the pair of them stick rather than twist so they can be part of Peugeot’s crack at winning the 100th anniversary 24 Hours of Le Mans in 2023?

Whatever happens, the likelihood is that 2021 will deliver a dramatic and gloves-off fight for supremacy. It has to be savoured because the ingredients are there for one of Formula E’s simmering rivalries to properly come to the boil this time.