Mercedes boss Toto Wolff says it is “logical” for the Volkswagen Group to explore a Formula 1 engine programme in collaboration with Red Bull for 2025.

Red Bull has created its own powertrain division that will take over the Honda engine project from next year after the Japanese manufacturer has left F1.

The first major recruitment for Red Bull’s new company was announced earlier this month, poaching a leading Mercedes High Performance Powertrains man in Ben Hodgkinson, and in communicating that Red Bull stated that its priority is preparing to build its own engine in 2025. 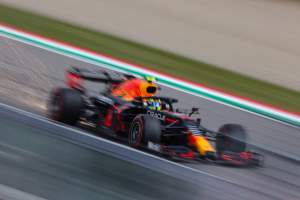 That is when F1 will have new engine rules and although they are not expected to be a huge departure in terms of architecture or technology to the current V6 turbo-hybrids, there is an ambition to make them much cheaper to attract a new manufacturer.

The VW Group has long been linked with a potential F1 programme. It is currently competing in Formula E with the Porsche and Audi brands and both those manufacturers are developing cars for the World Endurance Championship’s new top-tier sportscar rules too.

Volkswagen is considered the likeliest entity to join F1 from 2025 and Wolff believes Red Bull’s decision to establish its own engine company boosts the chances of getting one of the VW brands involved.

“It’s very early stages,” Wolff told Sky Sports F1 of a possible VW Group entry in F1. “They’ve expressed an interest, and that was public and I would very much hope that they enter the sport.

“Volkswagen Group has a historic connection with Red Bull all over the platforms, and it’s just logical that they are going to look at a relationship with Red Bull.

“And if they can utilise the Honda IP, and the learning there from whatever Volkswagen power unit would enter – and I’m saying would because I have no idea and it is none of my business – they will benefit from all these relationships and intellectual property carried forward.”

As Mercedes’ chief rival, Red Bull has made an enormous financial commitment with its new Red Bull Powertrains division – one that team boss Christian Horner said was the single biggest investment since Red Bull opted to buy two teams.

Wolff described the Red Bull strategy as “not stupid” and believes the right steps have been taken so far because it means that Red Bull can “at any moment decide if they want to stick to their own power unit, or go with a top manufacturer”.

“The arrangement they have on the IP side with Honda really makes sense,” Wolff said of Red Bull’s deal to keep using Honda engines from 2022-2024.

“They are taking over the IP from Honda and developing the new power unit into 2025.

“It could stay within Red Bull power units, or it could go to Porsche/Audi.

“So overall, I think it makes sense what they do.”

Horner suggested Wolff was speaking out of turn by commenting on Red Bull’s affairs. 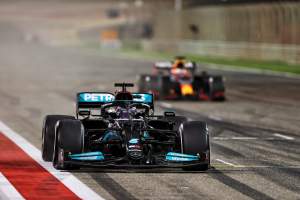 “Toto always likes to think he knows what’s going on in other people’s business, perhaps he needs to think about his own,” Horner told Sky.

“We’re building a fantastic facility, we’ve got some great talent coming into the facility. It’s going to be on campus, it’s going to be integrated fully with the chassis side of the business, we’ll be the only team other than Ferrari to have that.

“What the engine’s called is another matter. At the moment there’s no discussions in place, it’s focused on being a Red Bull engine.

“Of course that engine could be called anything in the future. But to have it integrated fully into Milton Keynes is tremendously exciting.”