Williams will hold an augmented reality launch of its 2021 Formula 1 car, allowing fans to project a full-size 3D model of the new FW43B into their homes.

Anyone who downloads the ‘Williams Racing AR Launch 2021’ app will get a notification at 2pm UK time to Friday to let them know that the car and its new livery can be viewed.

The app is available on Apple already and will be released for Android shortly.

Williams has already run the car in private, completing a shakedown at Silverstone last month. But no details or images of the car were released ahead of Friday’s launch.

Williams is heading into its first season since new owner Dorilton Capital – which has begun putting significant investment into the team – took over from the founding Williams family. 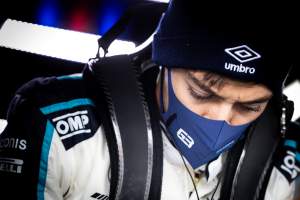 It has retained George Russell and Nicholas Latifi as drivers of its Mercedes-powered car, but has conducted a management reshuffle that has included the recruitment of long-time Volkswagen Motorsport chief – and brief McLaren F1 CEO – Jost Capito as its new CEO.

Williams has finished last in the constructors’ championship for the past three seasons, with its point for 10th in the 2019 German Grand Prix its only score in the last two years.

But despite ending 2020 with zero points on the board, it made considerable progress in terms of pace following a 2019 season in which it had missed the start of winter testing and been cut adrift at the back all year.