Williams drivers Alex Albon and Nicholas Latifi say visibility is clearly reduced in 2022 Formula 1 cars after driving the new Williams for the first time in today’s shakedown at Silverstone.

Other drivers, including F1 world champion Max Verstappen, had already suggested the switch to taller wheels with the 18-inch rims and the addition of winglets on the inside of the front wheels would create visibility headaches based on their simulator work.

Albon and Latifi confirmed that after their Silverstone run, with Albon suggesting street tracks will be where it’s most obvious.

“Today, we had kind of the worst of it, a dark, gloomy, wet day at Silverstone. But it wasn’t too bad,” he said.

“I think we’re going to struggle more when we go to street tracks, when we come towards Monaco, Baku, Jeddah, that’s going to be the tricky ones. 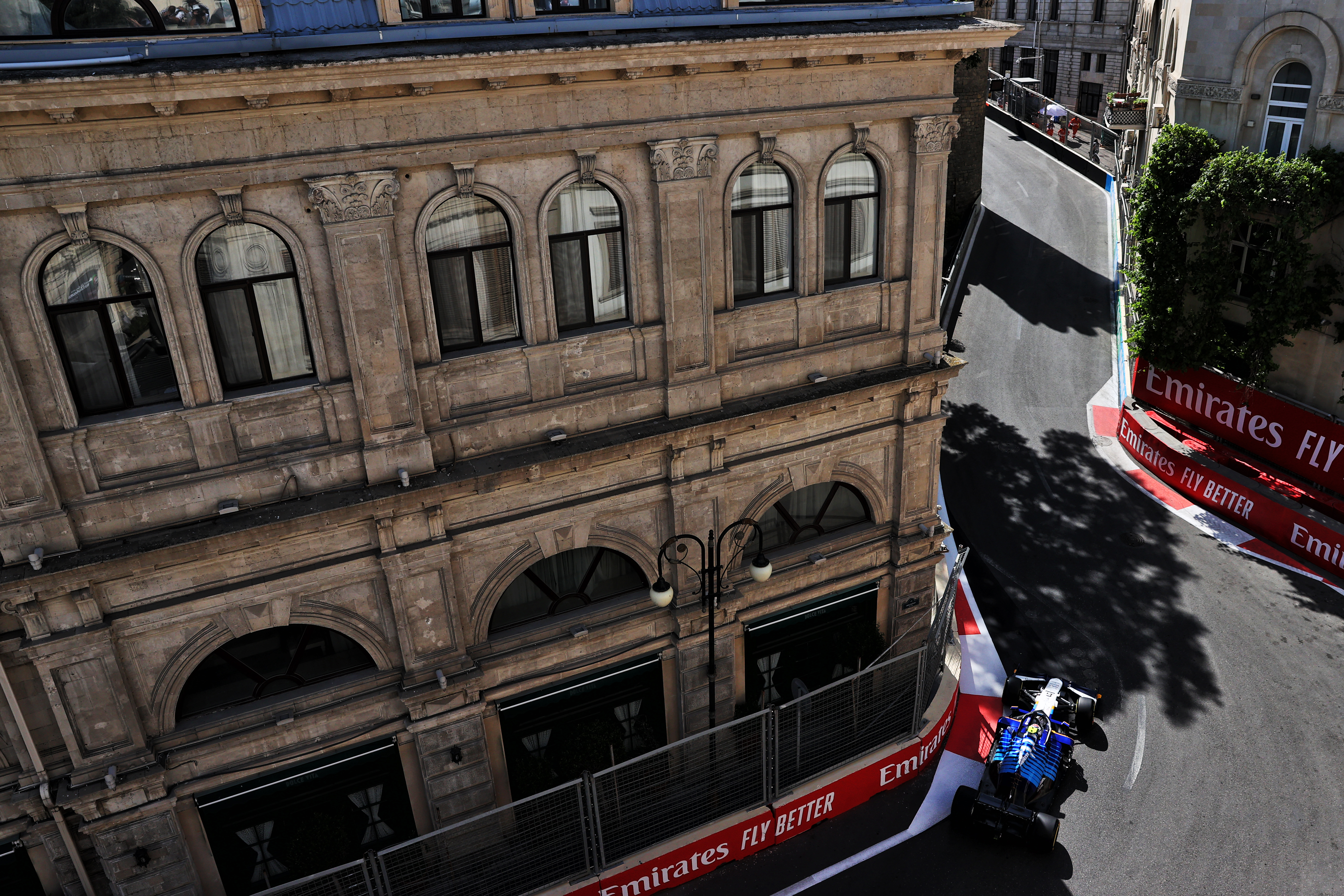 “Because on open tracks, you can see far ahead of you. With the blind spots of the tyre and the deflectors it takes away a lot that immediate view, kind of as you’re looking into the corner.

“So what you end up doing is you’re looking actually further around the corner, which on a street track past a wall, there’s only more wall! So you can’t see much around it.

When asked his first impression of driving a 2022 car on track, Latifi replied: “firstly, the visibility”.

He added: “It definitely is worse in some corners, I guess it just depends on the kind of corner, how much you’re steering into the corner and where your gaze is going.

“I think that’ll just be something that everyone has to get used to. But it is definitely instances where you do see less for sure.” 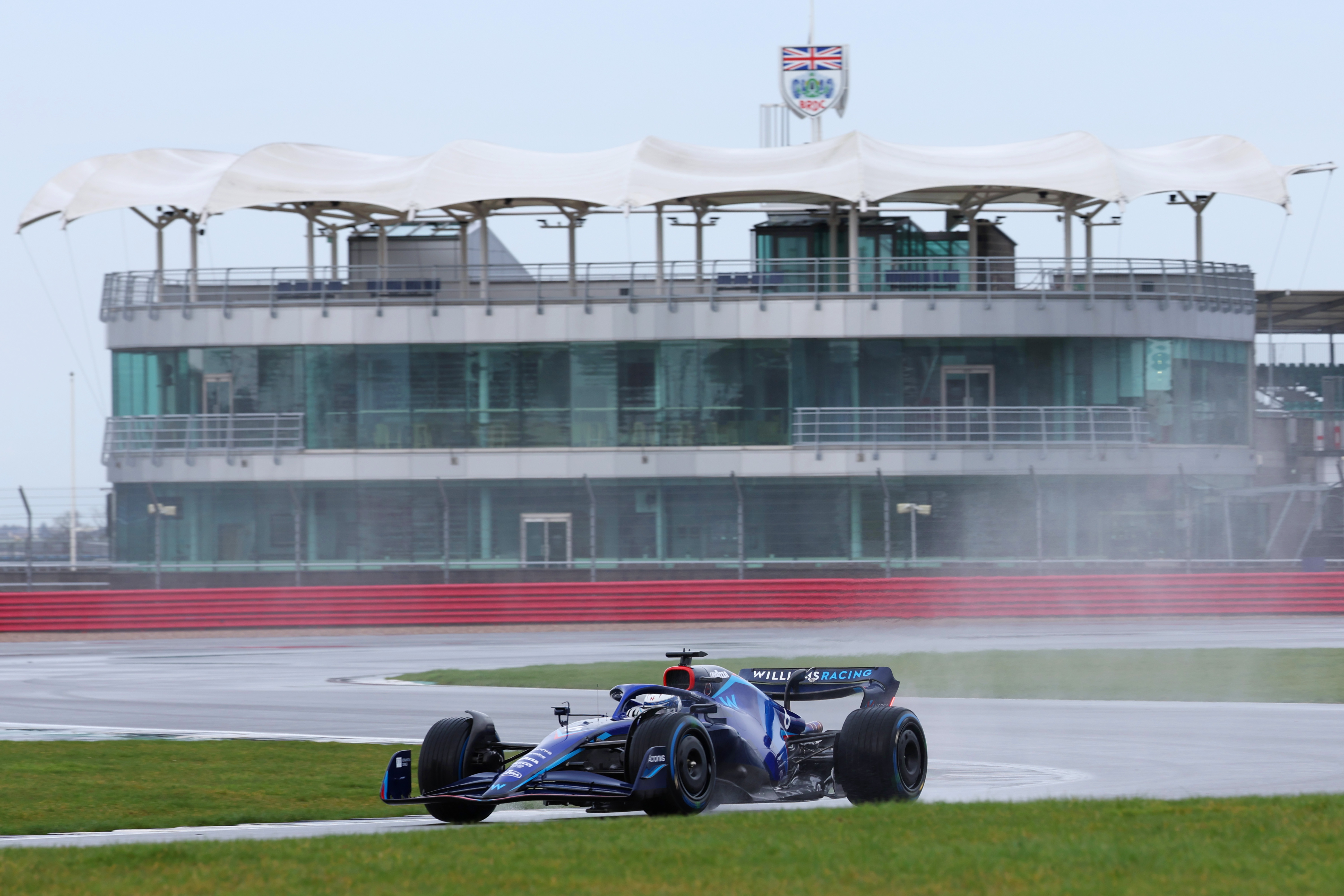 Beyond the visibility element, both drivers emphasised that given the wet weather at Silverstone and shakedown runs having to use demonstration tyres, it was impossible to give a meaningful read on how driving a 2022 F1 car differed to its predecessors.

“It was wet for us so maybe a little bit harder to compare to from previous years,” said Albon.

Big smiles today 😁 Felt amazing to get a taster for the season to come! A lot of hours put into this car and isn’t she a looker 😍 lets do this 💪😤 @WilliamsRacing pic.twitter.com/Qg9ZYNQeIi

“But honestly, it feels like a racing car! It feels pretty decent out of the box. It’s hard to say with the promo tyres and, and a lovely wet track in the UK, but it all feels pretty normal. Nothing stand out at the moment.

“I think once we get towards the latter end of testing, when we start seeking the true gains with the car, putting it on its limits, then we’ll really see what the car is like on the limit.

“But I can say for now especially today, both Nicky and I weren’t pushing that hard.” 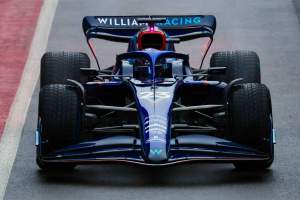 Latifi said the only other difference that immediately stood out to him was the car’s increased weight.

“I guess it’s quite unlucky that two years in a row for me that the shakedown is in the lovely wet weather at Silverstone,” he said.

“So it’s not ideal because myself, I’m not going to be at the limit, because it’s your first time back in the car, you definitely don’t want to make any silly mistakes and damage the car.

“It’s wet, the tyres still don’t really offer a lot of grip in the wet, the full wet tyre. It’s really tricky to get any kind of proper feeling of the car.

“It definitely feels very different to last year for sure. Feels like you’re driving a heavier car.

“But beyond that, I was nowhere near the limits.

“We’re kind of just making sure everything’s running, making sure the seat’s comfortable and any little adjustments we want to make on that.

“So besides that, I’m not really reading too much into anything else that I felt.”