Williams has unveiled a significantly different livery on its 2021 Formula 1 car, the FW43B.

The team failed to score a point last year, although the FW43 was a considerable improvement on its woeful predecessor from 2019.

The 2021 car is the first to be launched under the ownership of Dorilton Capital, which took over the team from its founding Williams family during 2020. 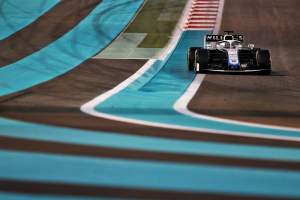 Williams had to revise its 2020 livery before the season belatedly started in July, dropping the red from its colour scheme after splitting with its former title sponsor Rokit and switching to a simple but elegant white and navy blue livery.

White and blue remain the base colours on the FW43, but this year’s car has a more extravagant design at the rear and also features flecks of yellow.

Williams says this is a combination of a new look for the Dorilton era and a reference to its title-winning blue, white and yellow cars from the 1980s and 1990s.

New Williams CEO Jost Capito said the livery “acknowledges our incredible past and retains the spirit, drive and motivation that remains at the core of Williams’ DNA, yet looks to the future and signposts our long-term ambition to return to the front of the grid”.

The team had intended to hold an augmented reality launch via an app that would have allowed fans to project a full-size car from their phones, but that element was called off after the app was hacked and images leaked.

Ex-McLaren boss Capito, who was appointed CEO late last year, added: “Whilst we are just starting out on this journey and there is still a lot of work to do, we are happy to see momentum in the right direction and look forward to continuing that progress on track this season.”

Capito is one of several key appointments under Dorilton’s ownership.

Reporting to him will be team principal Simon Roberts, who was given the role full-time after taking over as acting team principal when Frank and Claire Williams departed the team in September.

Williams will also make use of 2009 world champion Jenson Button in a senior advisory role that combines ambassadorial and consultancy duties. 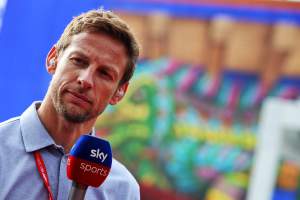 These are all changes designed to boost Williams’s medium and long-term prospects but it is hopeful the FW43B will yield short-term gains as well.

Highly-rated Mercedes protege George Russell and Nicholas Latifi return for a second season as team-mates, optimistic the team will be restored to points-finishing positions.

Last year, it finished last for the third consecutive year and its point-less campaign was the first time Williams Grand Prix Engineering failed to score a single point.

But it was at least significantly closer to the pace and a regular part of the ‘Class C’ battle at the back with Alfa Romeo and Haas.