It will continue to race and compete under the Williams brand and with an unchanged chassis name, and the team says there are no plans to relocate from its long-standing Grove base.

In May, Williams began a formal sale process as part of a new company strategic review and immediately entered preliminary discussions regarding potential investment.

The team’s revenue has been under pressure due to the combination of reduced commercial income from F1 and a decline in sponsorship, with F1 revenue dropping by £35m because of its poor 2019 form, contributing to a £13m loss overall. 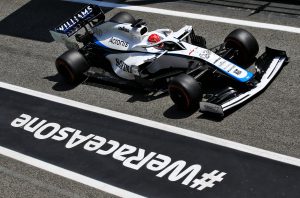 Eight things Williams needs to do next
Read more

But it has been buoyed by the rule changes agreed within F1, which will introduce a budget cap next season and new technical rules in 2022 – and this week Williams and the other nine teams signed a new Concorde Agreement that awards the smaller teams more favourable commercial terms.

That was described by deputy team boss Claire Williams as “a major milestone” for F1 and a “significant opportunity”.

Williams had targeted a summer completion of any new investment.

“When we started this process, we wanted to find a partner who shared the same passion and values, who recognised the team’s potential and who could unlock its power,” said Claire Williams.

“In Dorilton we know we have found exactly that. People who understand the sport and what it takes to be successful. People who respect the team’s legacy and will do everything to ensure it succeeds in the future.

“As a family we have always put our team first. Making the team successful again and protecting our people has been at the heart of this process from start.

“This may be the end of an era for Williams as a family owned team, but we know it is in good hands.

“The sale ensures the team’s survival but most importantly will provide a path to success.”

Williams’s current drivers George Russell and Nicholas Latifi are expected to remain with the team under the new ownership as both had contracts for 2021 and expressed confidence that would not change.

Williams Grand Prix Engineering was founded by Frank Williams and Patrick Head in 1977.

The team has been family-owned since then.

Dorilton’s portfolio includes industrial services companies, healthcare and food technology and the company describes itself as working with “existing management teams”, and views its role as providing additional capital for acquisitions and growth projects and support and expertise to take its companies to the next level.

Matthew Savage, chairman of Dorilton Capital, said: “We are delighted to have invested in Williams and we are extremely excited by the prospects for the business.

“We believe we are the ideal partner for the company due to our flexible and patient investment style, which will allow the team to focus on its objective of returning to the front of the grid.

“We look forward to working with the Williams team in carrying out a detailed review of the business to determine in which areas new investment should be directed.

“We also recognise the world class facilities at Grove and confirm that there are no plans to relocate.”