Williams team principal Simon Roberts is leaving the Formula 1 team as part of an internal restructure.

Roberts’ departure is understood to be part of a series of changes aimed at improving the collaboration between the race team and design departments at the factory.

Technical director Francois-Xavier Demaison, who started work at Williams in April, will take overall responsibility for the trackside team as part of the restructuring in addition to his existing oversight of the various design and development departments. 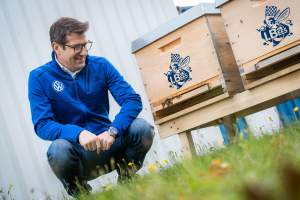 Roberts joined Williams as managing director F1 at the start of last June with a brief to “take overall responsibility for the design and development process, racing, factory operations and planning”.

He then took on team principal responsibilities, initially on a temporary basis before being given the role full-time, after Dorilton Capital acquired the team and the Williams family left. Williams will not recruit a new team principal, with CEO Jost Capito absorbing that status given it is not a standalone role.

Roberts’s primary de facto day-to-day role was as racing director, meaning he reported to Capito and sat alongside Demaison in the structure. This change simplifies that structure with a sporting director, who will work alongside team manager Dave Redding, set to be appointed in the future – most likely internally.

A Williams statement credited Roberts for having “played a key role in managing the team through its transition of ownership and leadership”.

Capito also paid tribute to the contribution Roberts has made, saying “Simon has played an integral role in managing the transition over the last 12 months and I would like to thank him for his great contribution during that time.”

Roberts spent his F1 career with McLaren prior to joining Williams last year, save for a spell on secondment to Force India as chief operating officer starting in late 2009. 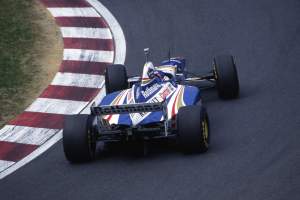 It’s unclear what his plans are having left Williams and if he intends to find another position in F1.

“It has been a pleasure to take on the role of team principal following the departure of the Williams family from the sport,” said Roberts.

“However, with the transition well underway I am looking forward to a new challenge and wish everyone in the team well for the future.”

The changes, effective immediately, are designed to ensure the team operates less as a ‘matrix’ organisation, clarifying roles and responsibilities with the objectives of reducing decisions made by committees. The objective is that this will also increase accountability and responsibility.

The changes come as a result of the 100-day review of the team that Capito conducted after starting work in February. As part of this process, he conducted one-to-one conversations with managers across the company to build an understanding of the team’s strengths and weaknesses.

The resulting changes are aimed at improving cross-department communication and ensuring different departments don’t operate as silos. It is an attempt to impose a significant culture change on the venerable team.

The priority is ensuring that the trackside team and the various design departments are pulling in the same direction. It’s understood that Capito has identified a cultural weakness whereby success is often credited to the team trackside and weaknesses attributed to design and aerodynamics. Instead, the desire is to ensure that they operate as one team. 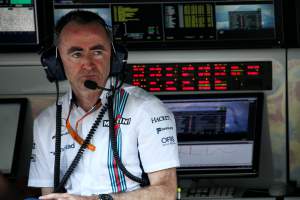 By having all of these departments reporting to Demaison, this should facilitate that objective and create a more clear and direct structure. While the move appears sudden, now that Capito has had time to understand the company, it’s logical to make changes given how vital 2022’s new technical regulations are for the team’s future.

This streamlining of operations is part of an ongoing modernising process at Williams, which started even before Dorilton Capital acquired it last year.

Given the team has grown organically over the years, it’s felt that the structure has not kept pace with the demands of a modern grand prix team.