Will Mercedes sign Verstappen, Russell or both? Our verdict

McLaren Racing CEO Zak Brown caused a stir when he suggested Mercedes may sign Max Verstappen and George Russell for the 2022 Formula 1 season.

Pairing the two 23-year-olds together would create a young ‘superteam’ to usher in the post-Lewis Hamilton era, assuming the seven-time world champion walks away at the end of his one-year deal.

“I believe George is out of contract and obviously has a Mercedes relationship and did a great job here in Bahrain,” said Brown, referencing Russell’s agonising missed victory on his shock Sakhir Grand Prix outing for Mercedes when Hamilton had COVID-19.

“Max, I’ve never seen his contract but understand that there’s probably a possibility for him to drive elsewhere, and Mercedes and Toto [Wolff, Mercedes team boss] are able to attract an awesome driver line-up. 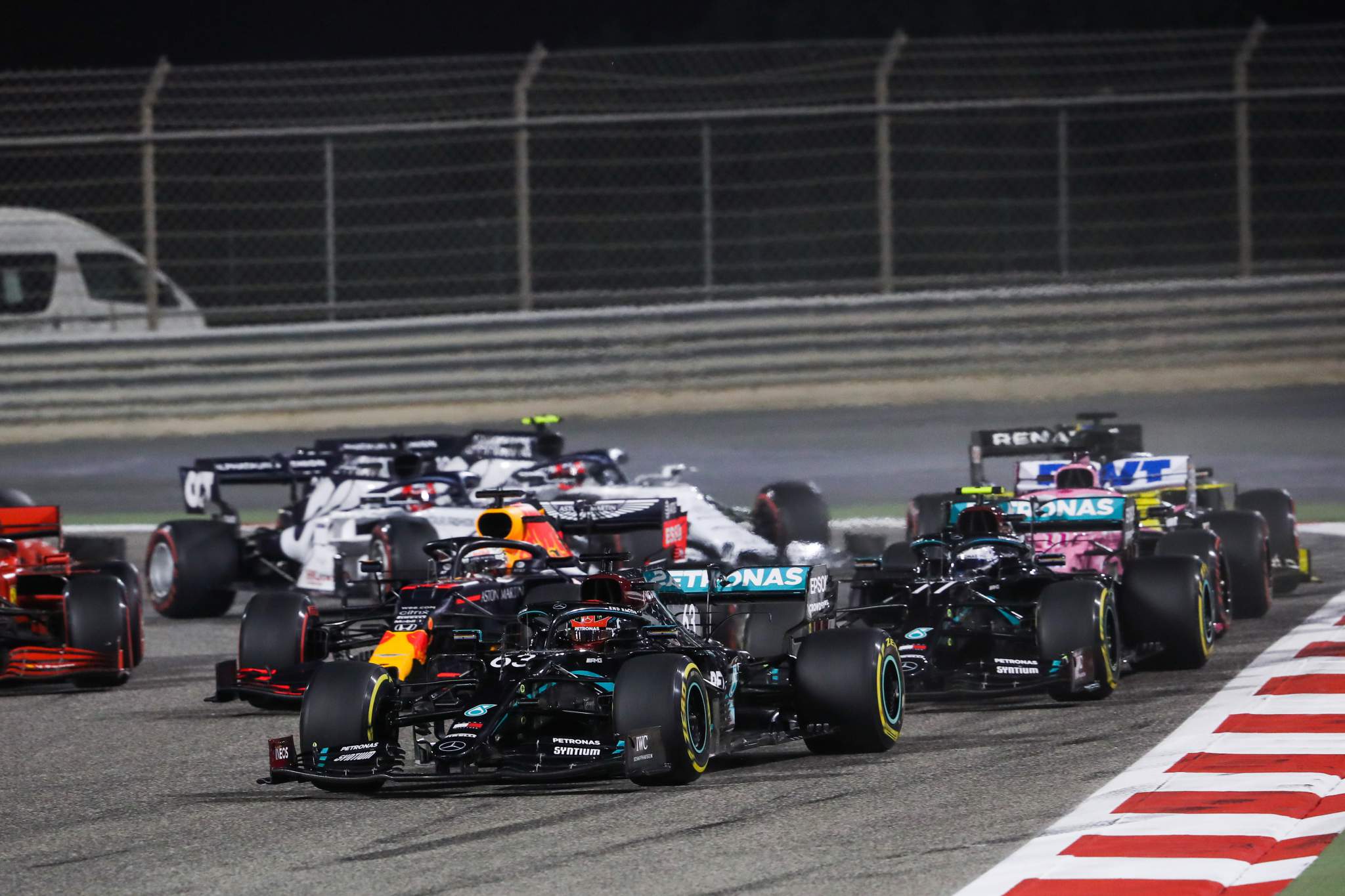 “So, if those two guys are floating around, depending on what Toto decides with his current driver line-up, you could see that happening.”

Williams driver Russell, whose contract expires this year, has long been touted a potential replacement for Valtteri Bottas alongside Hamilton. 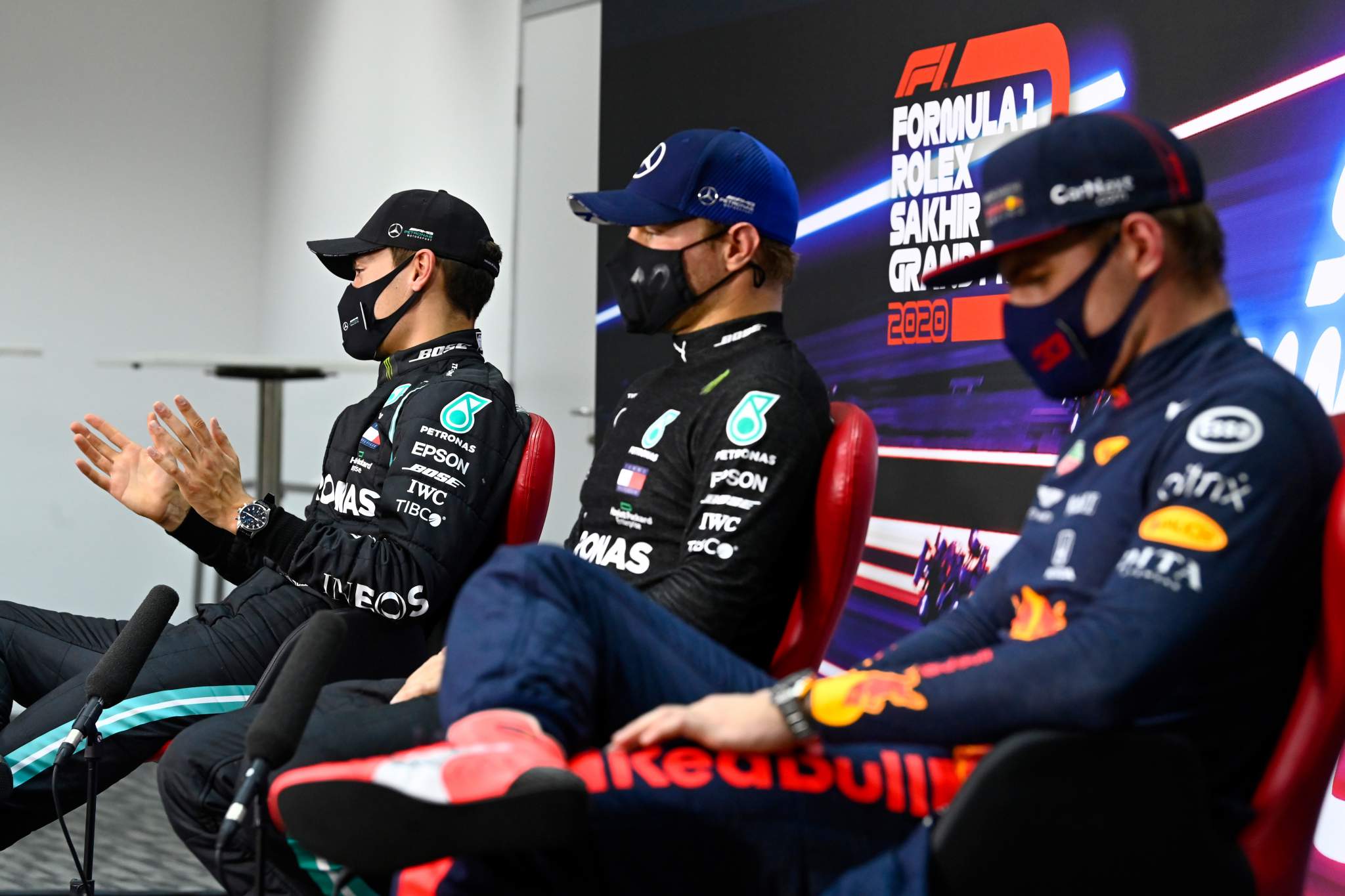 A Hamilton-Verstappen pairing has also previously been suggested, although Wolff has never seriously entertained such speculation.

Wolff said in Bahrain he wanted to “keep out of the discussion about who’s going to drive the Mercedes” next year.

So we tasked our experts with having it for him.

RUSSELL WILL DEFINITELY BE A MERCEDES DRIVER 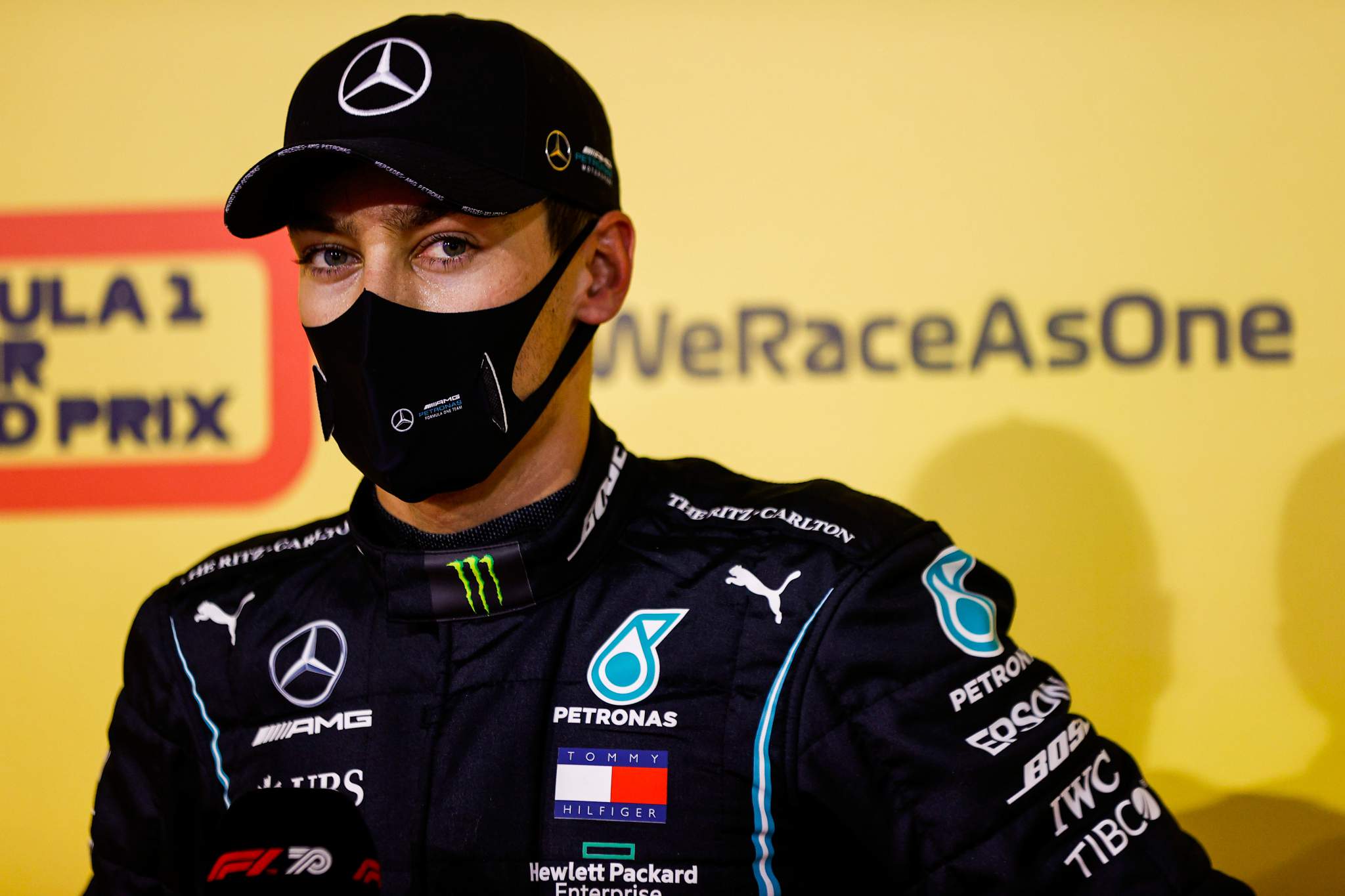 Would Mercedes dare to recruit Verstappen for next year even if Hamilton is still there? I doubt it very much.

Quite aside from anything else, it’s difficult to see Max’s break clause with Red Bull triggering his availability, with the sort of form the ’21 car showed in Bahrain – and if that level of competitiveness is maintained, why Max would want to change teams. 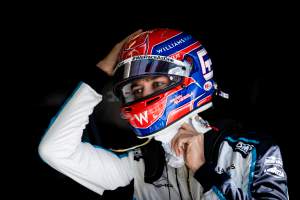 Then there’s the question of why would Mercedes bring such an obviously combative pairing together, which would be pre-loaded with tension, egos and status? I don’t believe it would choose to do so.

But it poses a wider question of succession for Mercedes, in planning for the day when Hamilton does decide to step down, whenever that might be.

Mercedes under Wolff has proved brilliantly adept at succession in all other areas of the team, so why not the drivers too?

I do not sense that Mercedes looks upon Russell as its new Bottas, a good solid support driver. Rather, I believe it sees Russell’s long-term prospects as the Hamilton replacement, the title-chaser of the future, and in the event of Hamilton retiring I think they’d expect Russell to assume that role over Bottas automatically by virtue of performance alone.

Should Hamilton decide to continue, I still see Russell there, working alongside Hamilton harmoniously but still competing hard with him. It might even be a latter-day Jackie Stewart-Francois Cevert master-pupil relationship where the pupil begins to occasionally out-perform the master and could work brilliantly well.

If Russell is as good as he looks, then any Mercedes-Verstappen partnership might have missed its slot in history.

HOW MERCEDES COULD HANDLE A PAIR OF ALPHAS 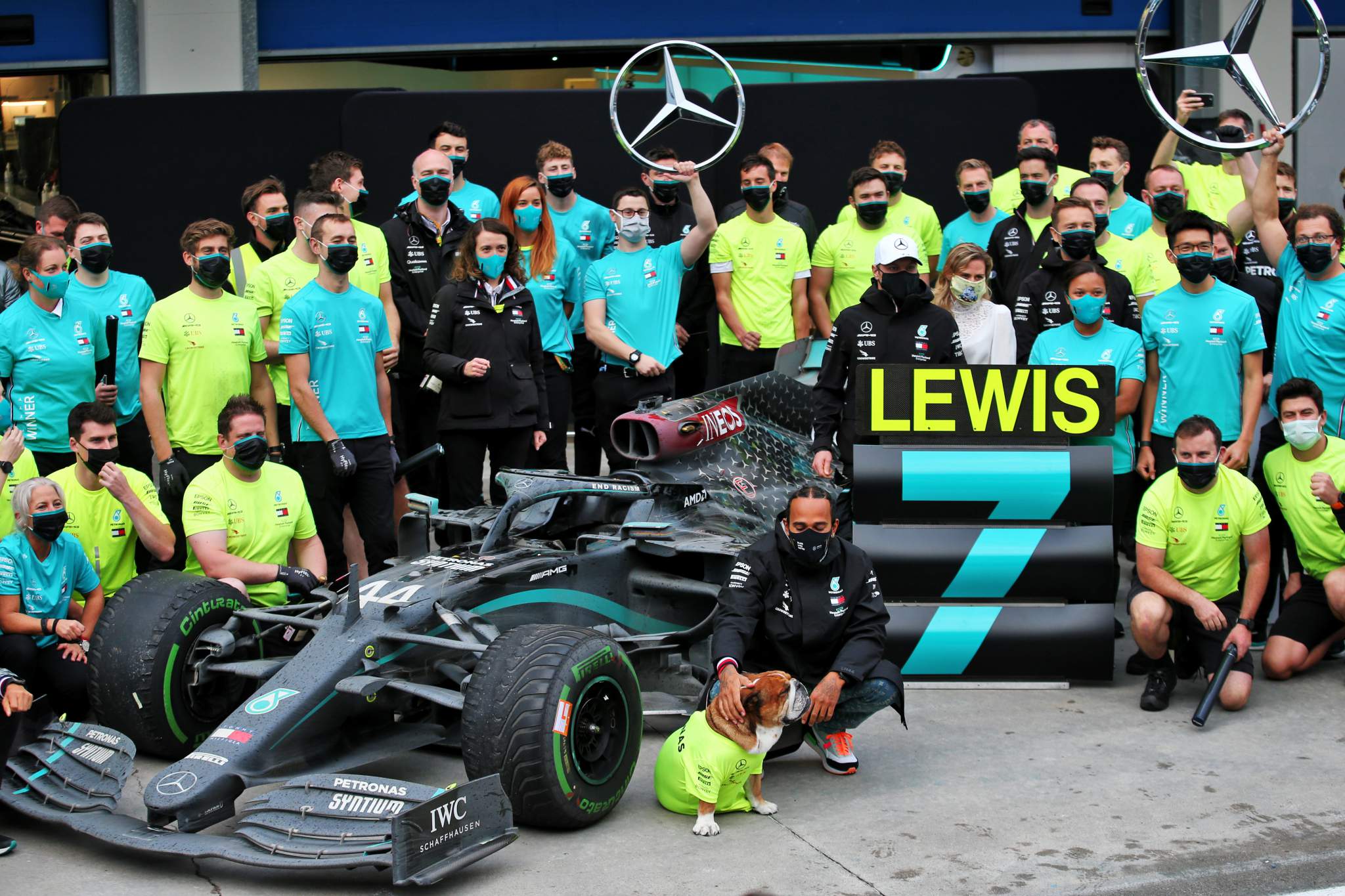 The big question for me is what is a superteam?

Yes, two top-end drivers could satisfy the definition, but there is more to it than that. You need to plan for the future and if you can get a system going then that is what a superteam should really consist of.

So if I was putting the building blocks in place, it would be a current top driver and an up-and-coming driver. This is what Red Bull had hoped would be in place, but it seems to have lost its way since Verstappen came of age.

None of its other up-and-coming drivers seemed to be able to match him, so got the boot far too early. Both Pierre Gasly and Alex Albon have the talent, but they needed that bit of help to get there, which is something that Verstappen had behind the scenes with his dad. 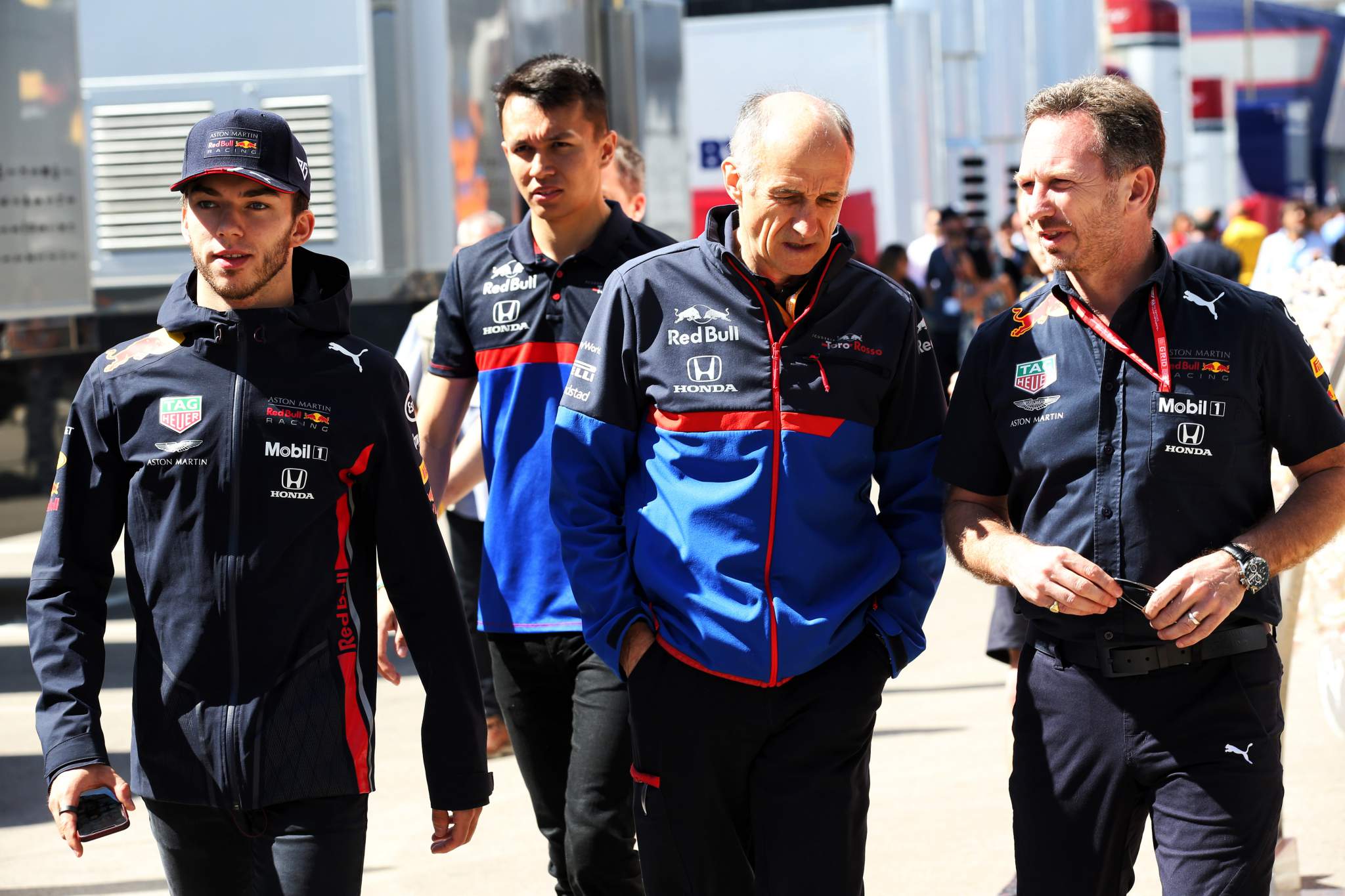 But for Mercedes, this would be the best way: match Hamilton and say Russell together and for the first season give Hamilton number one status. Then allow them to be equal for the next couple of years, then allow Russell to take over that status – as long as he’s capable of it. Then comes in the new driver, whoever that is, to replace Hamilton when he retires.

For any team, you just have to change the names,.Verstappen with Gasly or Albon I’m pretty sure would work out in the same way as long as they were helped to achieve their true potential.

It’s never easy on the pitwall to keep the motivation positive with any superteam, but as long as the groundwork is done and the rules of engagement are defined before a wheel turns, then it is possible.

IT’S TIME TO LOOK TO A POST-HAMILTON FUTURE 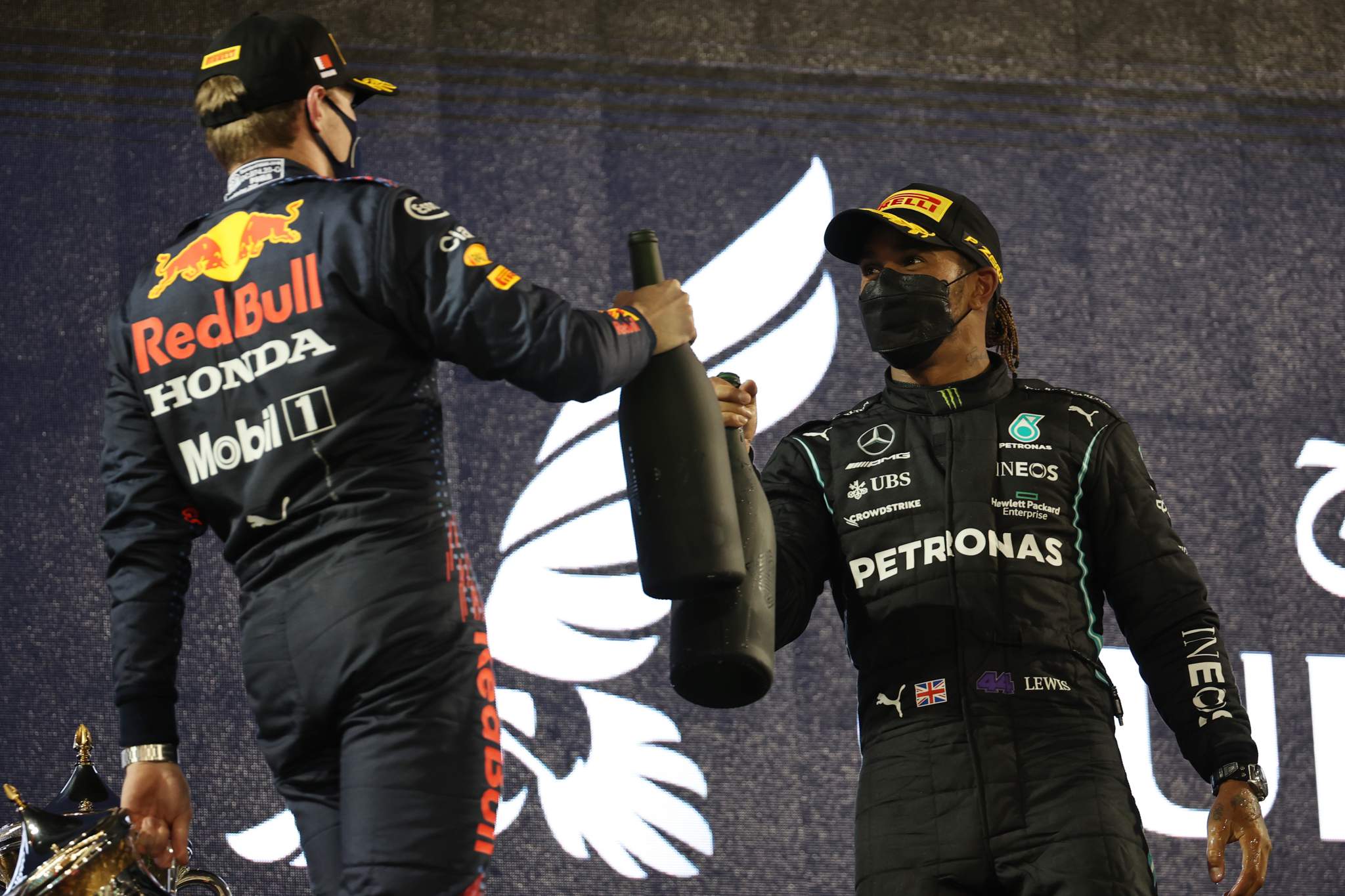 The Hamilton/Bottas alliance has served Mercedes superbly, but the time has come to look to the future. That doesn’t mean dispense with the services of Hamilton, who is still performing at a sky-high level, but it is time to slot a rising star in alongside him.

Hamilton’s one-season deal means Mercedes probably regrets not promoting Russell this season. This would have allowed the Williams driver a full season to acclimatise and prove whether or not he is ready to step into Hamilton’s shoes in ’22 should the seven-times world champion choose not to continue.

Were Hamilton to walk away then Verstappen would be an obvious target, but while you can never say never in F1 it seems desperately unlikely he could be prised from Red Bull if it sustains its current form. But with a Hamilton/Verstappen combination seemingly completely out of the question, fascinating as it would be, the priority for Mercedes has to be getting Russell into the car as soon as possible.

The interesting question is what happens in a scenario where Hamilton walks away and Verstappen definitely isn’t available. Then it would be left with a choice of a Russell/Bottas combination or looking further afield for a replacement for the latter.

That’s a scenario Mercedes will not want to face heading into the all-important 2022 season.

NO PAIRING THAT REOPENS ROSBERG SCARS 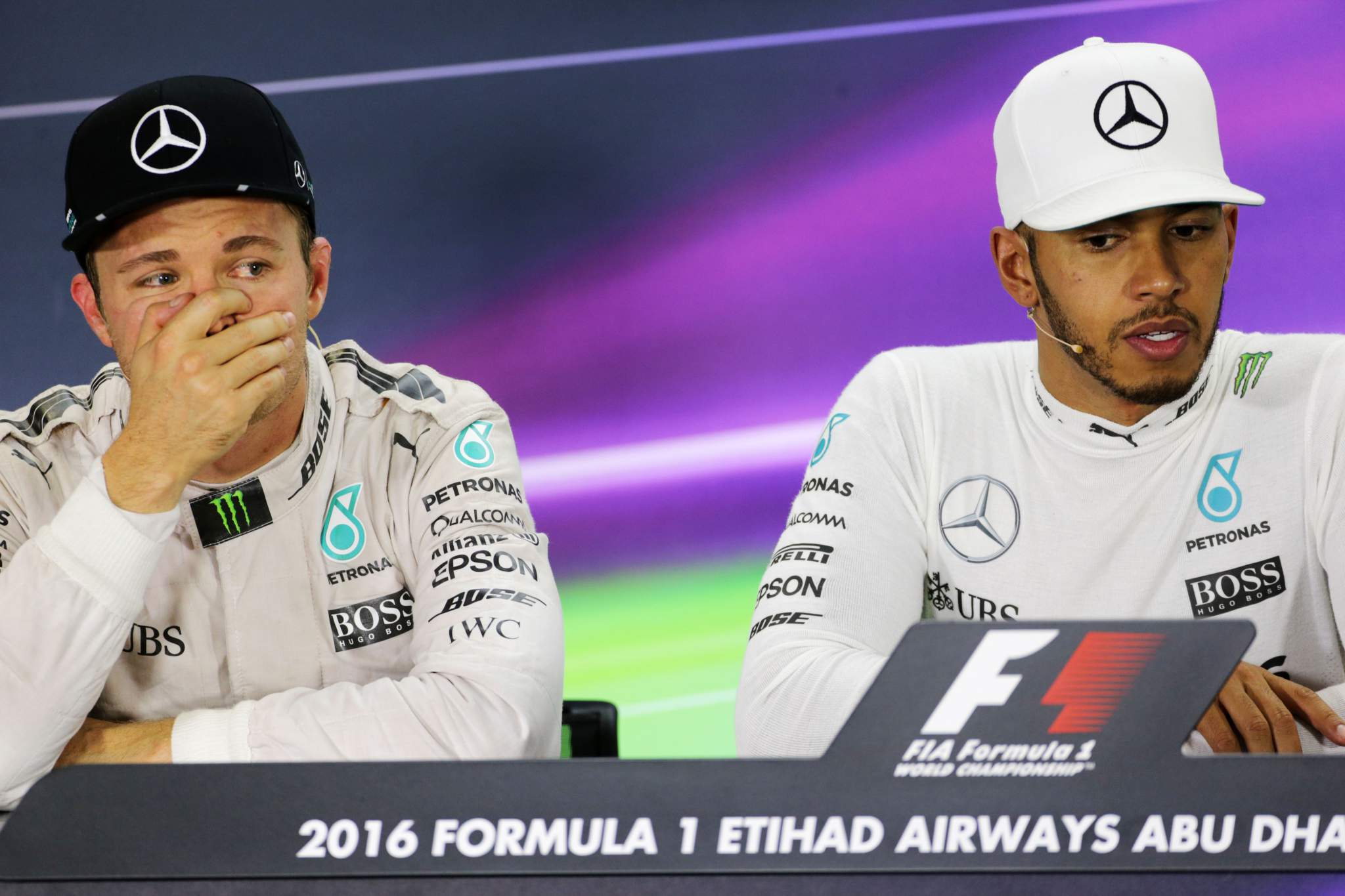 Whatever Mercedes does next with its F1 driver line-up, it will be influenced by the scars of the Lewis Hamilton/Nico Rosberg years.

Any hypothetical combination of Hamilton, Max Verstappen or George Russell will be evaluated against its potential to turn into another Hamilton v Rosberg. Too many people with first-hand experience of how difficult that period was to manage are still making the decisions.

Factor in the potential for closer opposition than Mercedes had to deal with from 2014-16, and the risks are even higher. Running equal number ones carries a danger of team-mates taking points off each other, while an obvious lead driver elsewhere wouldn’t have to clear such a hurdle in his own team.

The most logical next step in Mercedes’ line-up would be to place Russell alongside Hamilton for a year. If Hamilton decides he wants to continue beyond this season, you’d imagine Mercedes would think it could get away with that pairing in the short-term.

Russell wouldn’t take long to get up to speed – Charles Leclerc showed us that blueprint at Ferrari in 2019 – but it’s unlikely that any competitive tension would spiral out of control immediately.

Pairing Russell with Hamilton would give Mercedes a clear idea of if the current Williams driver has what it takes to lead the team to more glory. Then it could decide what sort of team-mate it needs to find for him once Hamilton has left.

IT WON’T BE BROWN’S PREDICTION 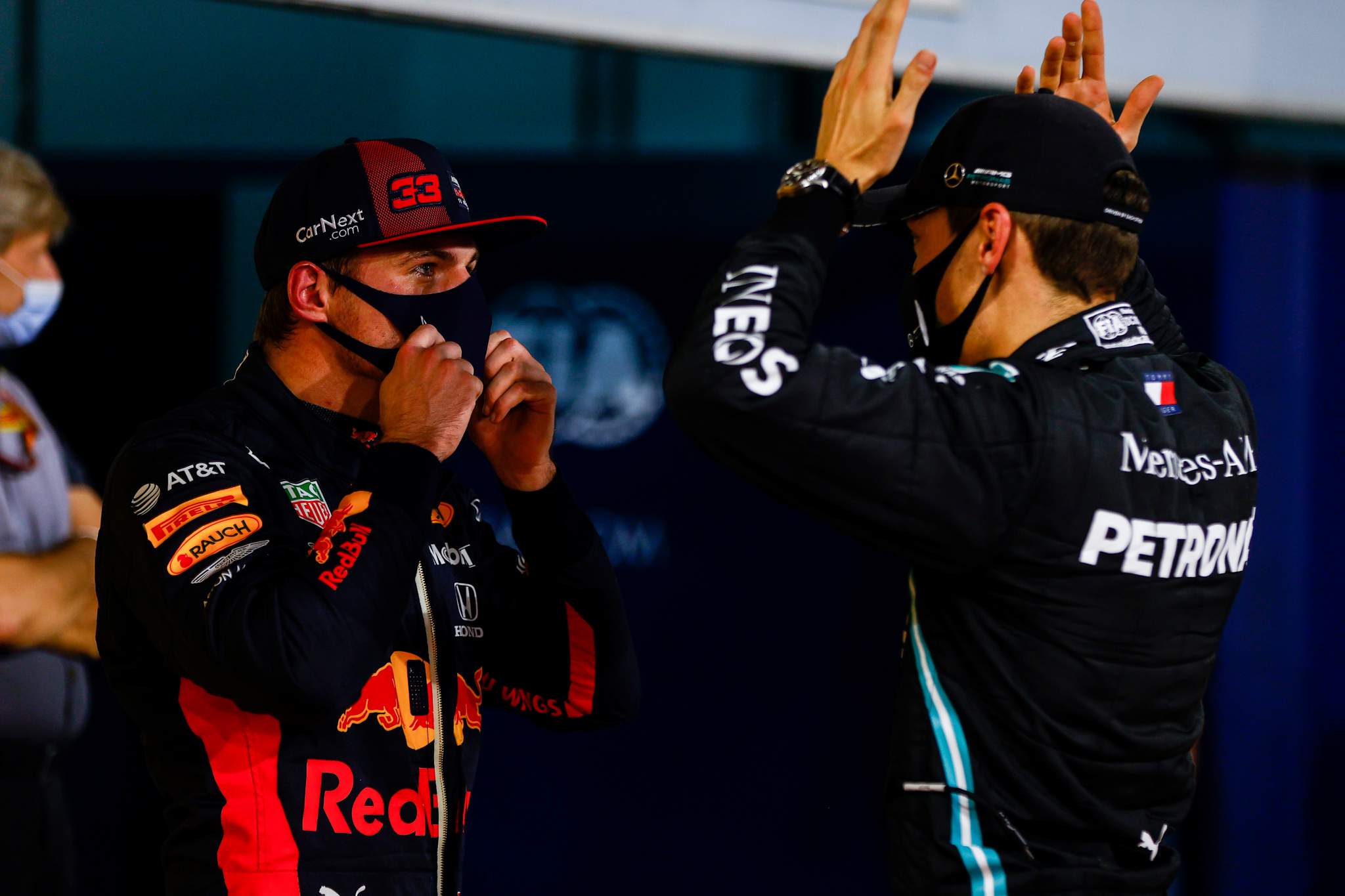 Given the success achieved since 2017, and what it’s brought out of Hamilton, Mercedes might argue it’s had a superteam for a few years in the form of Hamilton/Bottas.

But whether it’s Hamilton vs a young pretender or even the suggestion Brown made, two young pretenders vying for the crown in the same team, Mercedes has the chance to create something fundamentally more exciting.

I can see the appeal of pairing Hamilton with an heir apparent, and being willing to take the risk of a few sparks in the short-term. But Brown’s suggested pairing looks like a non-starter.

In reality, a Verstappen/Russell pairing seems the least likely of Mercedes’ options: behind ‘sign Russell (or maybe even Verstappen) to replace Bottas’ or even ‘keep Hamilton/Bottas’.

Though he eventually acknowledged that Verstappen’s contract has exit clauses, the first couple of times Brown was asked about this he seemed to be working on the basis that Verstappen will be a free agent. He isn’t at the moment. He might become one but that’s not quite the same thing.

So it seems as though Max joining Mercedes – regardless of his team-mate – is simply a long shot, dependent on some kind of massive Red Bull capitulation.

And even if he was available, Verstappen and Russell would risk the sort of long-term internal battle for superiority that, as Glenn points out, the team has been delighted to move away from since 2016.

Wolff said last year that the Hamilton-Rosberg dynamic had “a lot of negativity, and that would drag the whole room down”.

A combination like Verstappen-Russell runs the biggest risk of a repeat because it would be a pairing that is designed to last more than just a year.

I see it as Hamilton + one rising star in 2022. Like my colleagues, I think that means Russell.