“That V10 scream. It has a wow factor and a fear factor,” says Daniel Ricciardo. 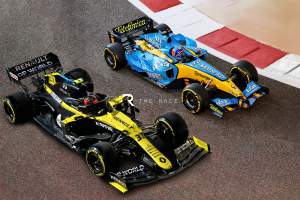 So much about Renault’s demonstration runs with its 2005 R25 Formula 1 car and that year’s champion Fernando Alonso at the Abu Dhabi Grand Prix has captured the imagination – and stoked criticism of the modern era.

The car’s agility, its appearance, its lightness, its size. The sports fan’s natural instinct to declare something from the past better than the present, even if that thing was being smacked with the same disparaging comparisons to an even more distant past in its own era.

But most of all, it’s the noise. The shriek of the V10 engine compared to the muted sound of the modern hybrids.

Why are modern F1 engines quieter? 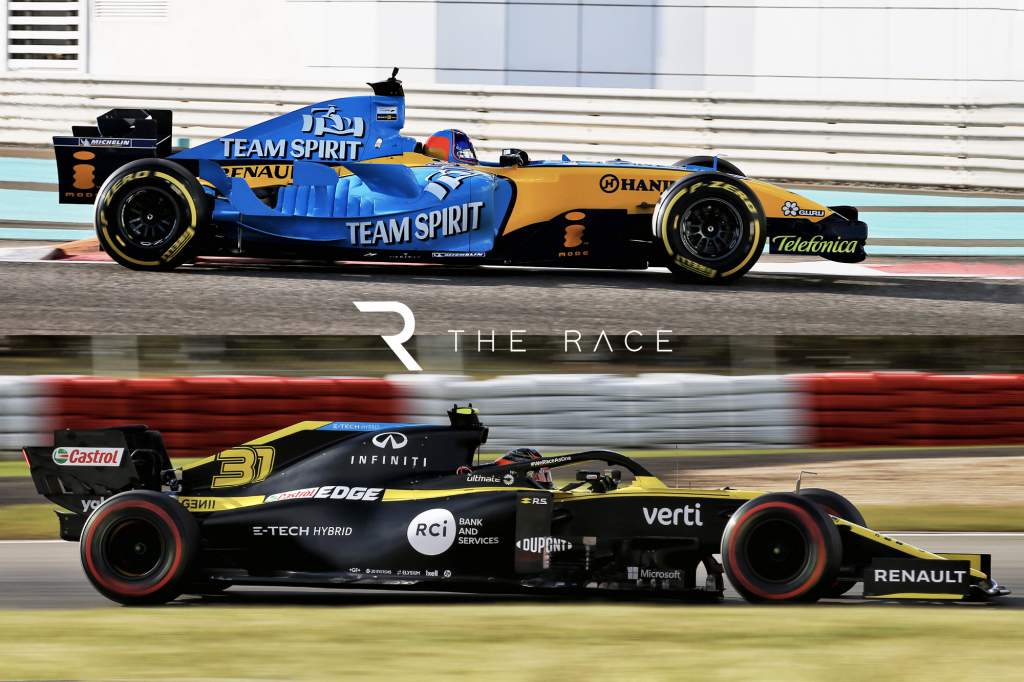 The one thing that Formula 1 – and especially the TV unit – has had to focus on since the start of the turbo hybrid era in 2014 is the engine noise.

Alonso and Renault doing their demonstration runs brought back what an F1 engine should really sound like.

Short-stroke engines allow them to be built with peak power at high revs and 20,000rpm was not uncommon in those days.

As long as the fuel would burn fast enough over the majority of the top of the piston area, then you were home and dry.

The gear ratios would be set to optimise those revs, so other than when just coming off a corner the engine rpm window through the gear changes would be very small – probably between 18,000 and 20,000rpm. 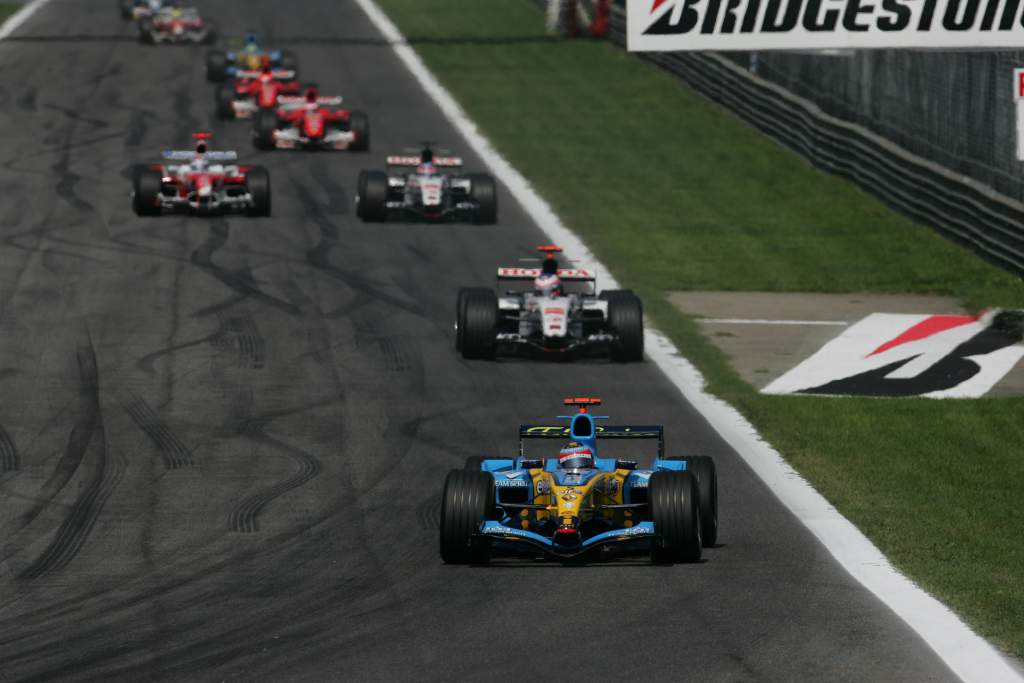 What we have now is all very different. First of all, there is a 15,000rpm limit set by the regulations, but in reality no one goes near that.

These turbocharged engines will produce maximum torque fairly low in the rpm range, somewhere around 11-12,000rpm.

So the driver will just feed the car gears as there is really no point in going any higher in the range.

However, that is not the whole story – it’s just the beginning.

The turbo generates the intake air pressure and it does that by using the exhaust gas flow pressure. Doing that means the turbo acts like a silencer reducing the exhaust noise.

On top of that, there is the fuel-flow limit. This restricts the amount of fuel you can supply to the engine, so again above a certain rpm there just isn’t any fuel available to make more power.

At the point where you don’t have fuel to make more power, you start to restrict the turbo speed from increasing, and with it boost pressure.

That is achieved by using the MGU-H to harvest electrical energy and charging up the battery pack for use either immediately or later in the lap.

All of these systems harness, restrict or silence the rpm and, in turn, the exhaust noise.

So while it’s great for any TV company conducting interviews while the cars are running, it does rob F1 of one of the things that made it what it was – and what it should be again.

And if you can’t cope with the sound, ear plugs are available.

Why it’s not coming back 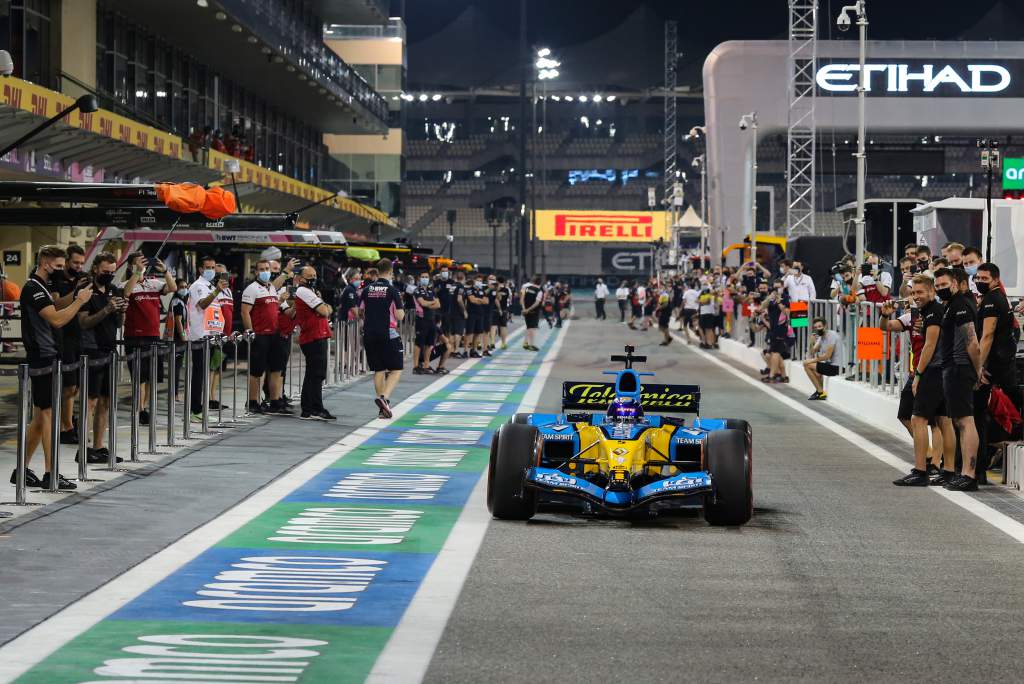 “In terms of crowd engagement I think we’ve lost something with the sound,” continued Ricciardo.

“I remember arriving with my dad for the grand prix at Melbourne as a kid, the first time. We got out the taxi and got the suitcases out of the boot and we could hear the F1 cars at the track – their sound was carrying into the city.

“I looked at him and he looked at me and there were goosebumps. It was like ‘wow, we’re here’.

“Our cars are visually exciting as they are so fast but you don’t have that sound. If you saw a fighter jet doing a display and it was electric it wouldn’t be as awesome.”

And that noise isn’t coming back. Short of adding synthetic sound effects, there’s no way the kind of modern engine F1 needs for the 2020s world is going to replicate the V10 scream.

As Esteban Ocon put it: “The cars we have now are better, have more power, more torque, more everything. But less sound even though they are the quickest of all time.

“If they sounded like this [the V10] it would be better. But that’s how it is.

“The world is moving. It’s the same in the automotive industry where the cars are quieter, more efficient, faster, more reliable. But losing some emotion.” 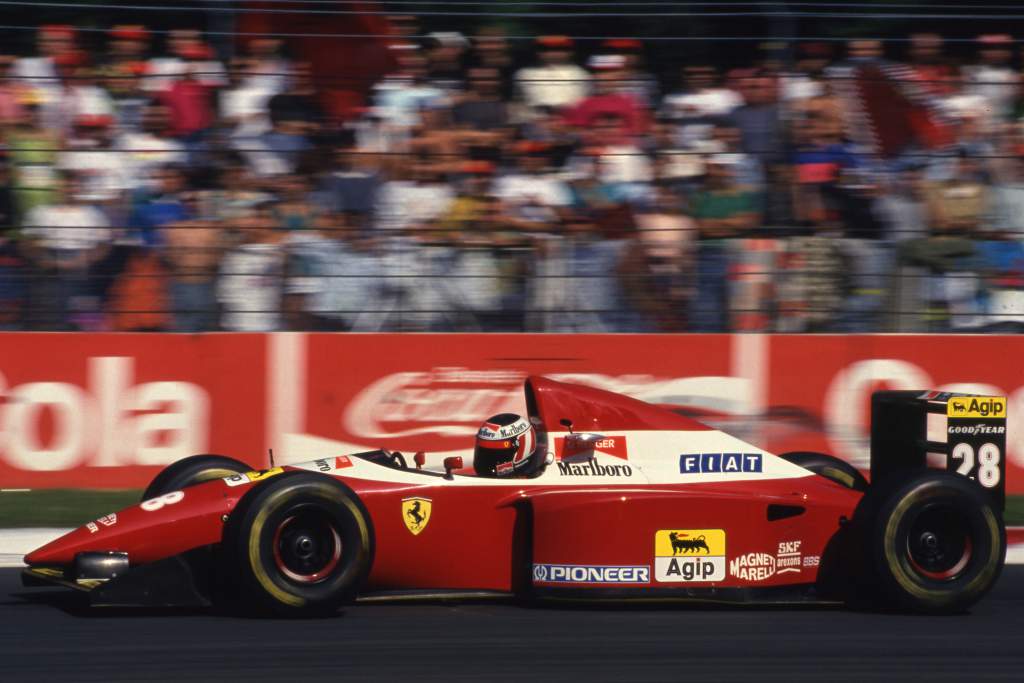 Sam Smith: The 1993-spec Ferrari V12. A dog of a car but at Monza that year it played wonderful symphonies to me all weekend long.

Mark Hughes: It’s the mid-80s Renault turbo V6, as used in Ayrton Senna’s Lotus-Renault. Not piercingly loud but formidable yet cultured. Awesome steel beneath the velvet. 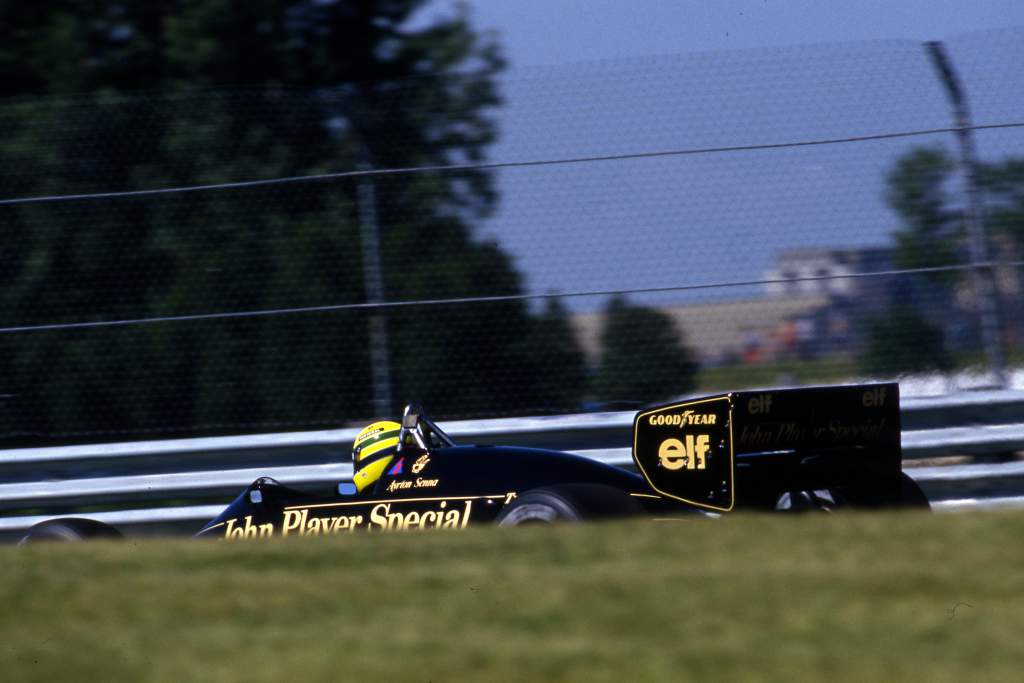 Megan Cantle: Will Gollop’s Metro bi-turbo 6R4 rallycross car. At Lydden Hill, specifically – which makes it the best sounding car at the best track in the world.

Jack Benyon: The Le Mans winning Mazda 787B. High pitched like a proper F1 engine but still with a lower earthier tone of a sportscar. Ideal. 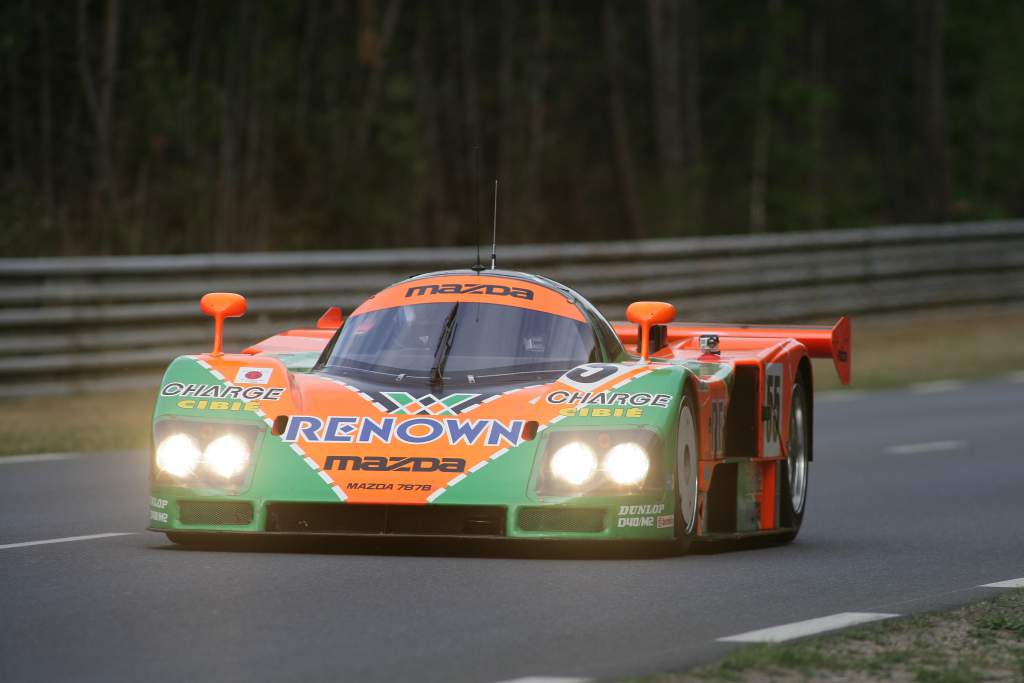 Jake Jones: The BMW V10 of 2002. All the V10 engines sounded glorious but you could tell if it was a BMW as the higher revs always created a higher pitch that was synonymous with a Williams on pole. 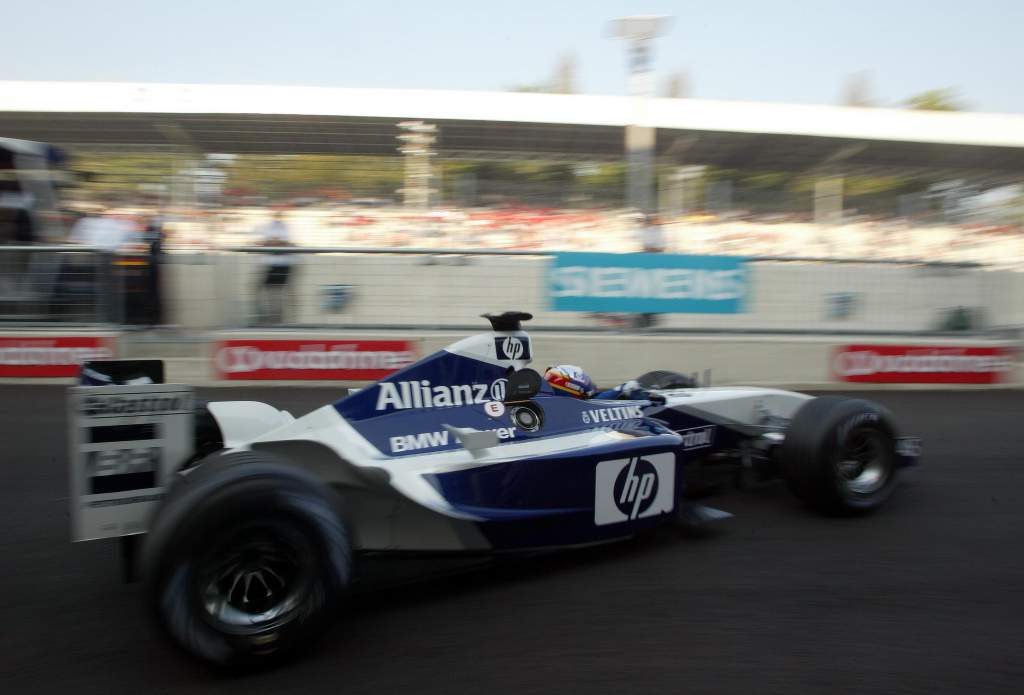 Matt Beer: For drama, the BMW V12 in the McLaren GTR. But honest favourite: the rustic burble of the Kent-engined Formula Ford 1600 heading to a starting grid. It’s so homely.

Luke Hinsull: A 1995 Subaru Impreza rally car barking and cracking through the forest. My main requests for an engine are: terrifying, guttural and aggressive with a spoon of backfire. 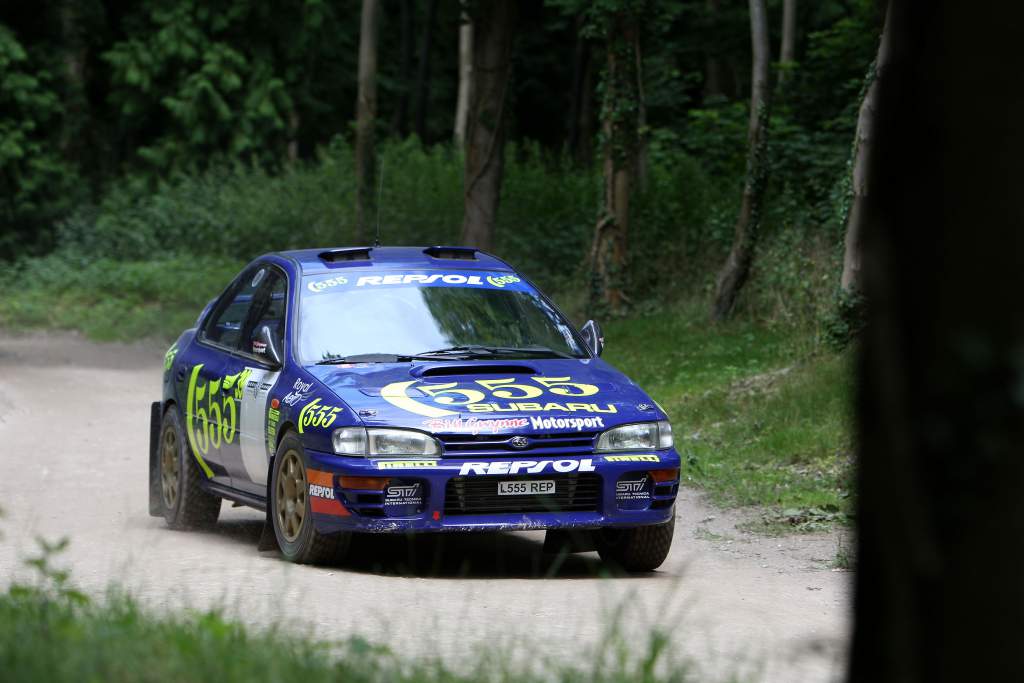 Glenn Freeman: The 1995 Ferrari. F1’s last V12 was its best-sounding. It’s not even the volume of the engine, it’s the note those things could hit when Jean Alesi and Gerhard Berger had them singing. 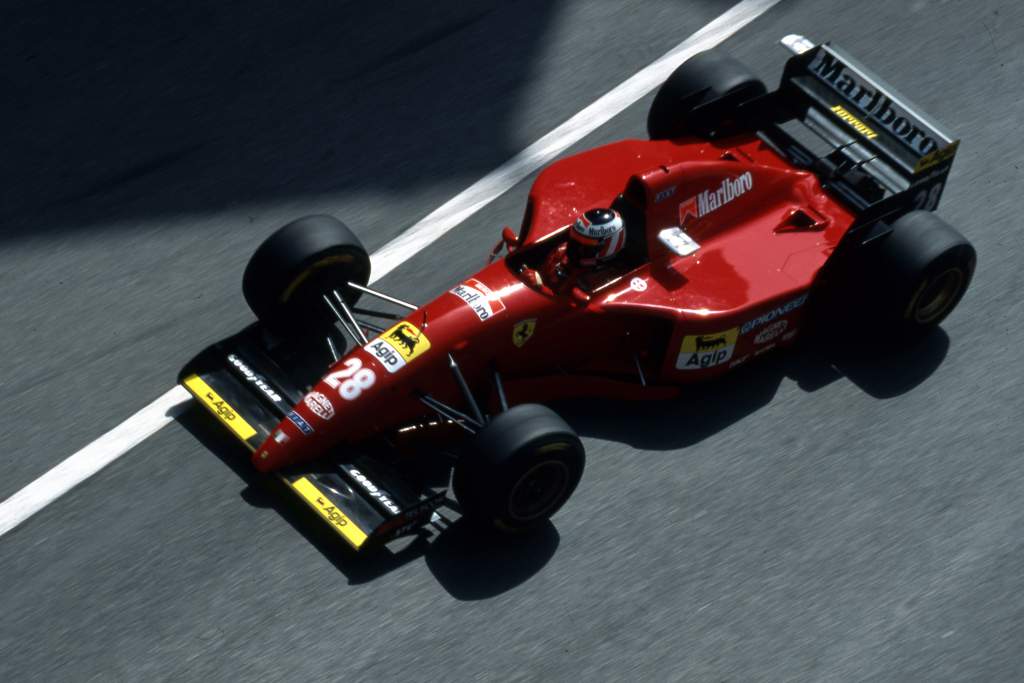 Rob Hansford: The Ferrari 3-litre V10 from the early 2000s. The high pitched, ear-piercing tone generated drama and excitement, regardless of the quality of the racing.