Why Verstappen at Red Bull is like Senna at Lotus

Making parallels with other drivers in history never really works. No one driver is ever really an incarnation of another. Everyone has their own unique traits.

But… Max Verstappen’s current career position is very similar to that of Ayrton Senna’s in his pre-McLaren days, when he was regularly delivering miraculous performances in his Lotus-Renault, but Alain Prost ruled the roost at McLaren and was widely perceived as the world number one, with Senna just a possible future challenger to that status.

This is not to say that Verstappen is this generation’s Senna or that Max shares Senna’s character traits. He doesn’t. His driving style is not even that similar. 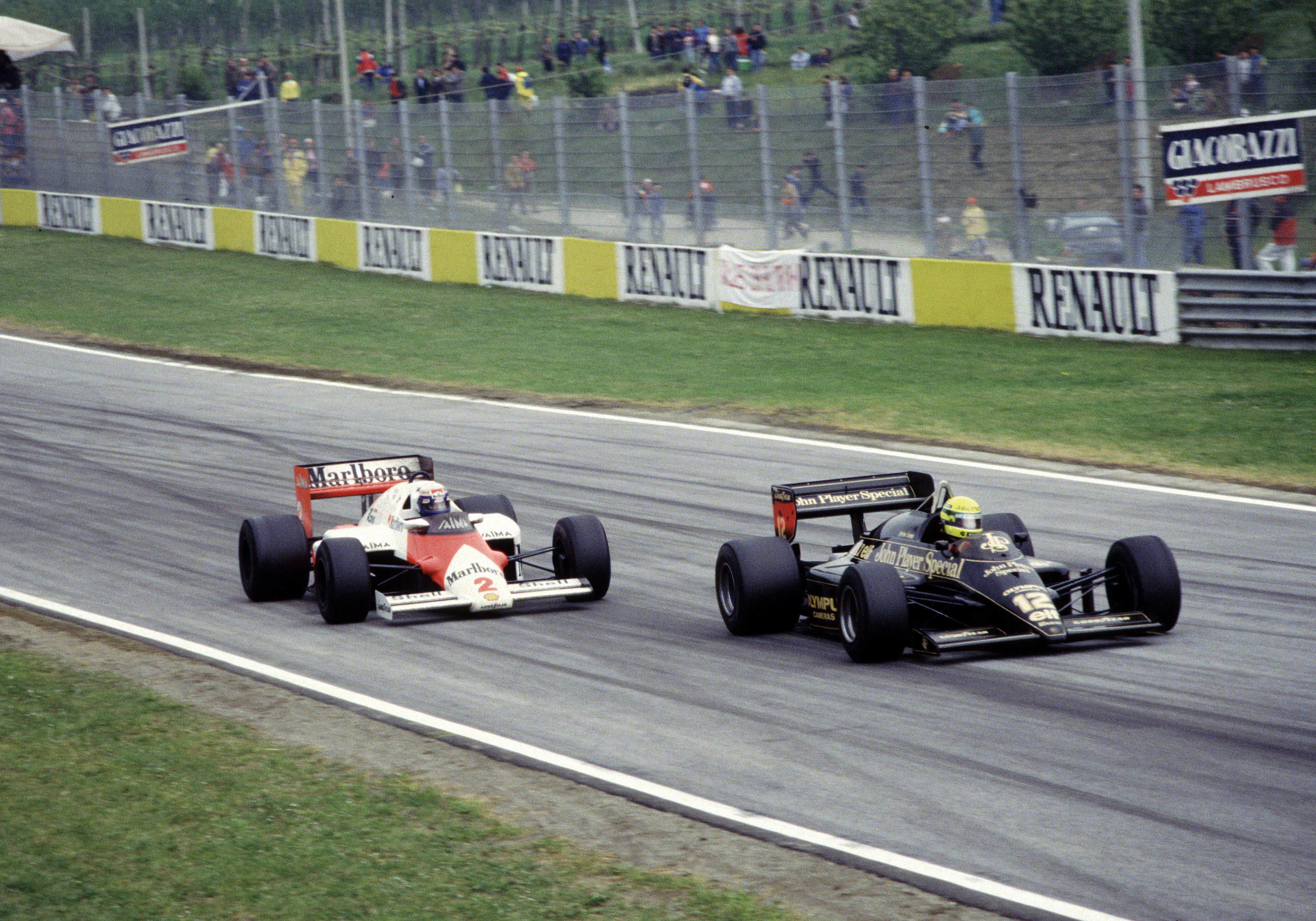 As an onlooker who’d seen Senna close up in his Formula Ford and F3 days, I have to say that during the period when Senna was at Lotus (1985-87), the widely repeated mantra of the F1 establishment that Prost was obviously the best driver used to irritate me.

Since writing about it professionally (from the late-80s), I’ve never had that emotional investment in any driver. But I would imagine that there are plenty of current fans who bristle at the widespread notion that the world’s number one is Lewis Hamilton.

Would Verstappen do to Hamilton what Senna did to Prost? I don’t believe so

I actually believe that he is. But not every time he gets in the car. There are days when Verstappen is that man. There may even be days when Charles Leclerc gets somewhere in the vicinity – or Daniel Ricciardo.

But overall, as a package, the man with the strongest all-round combination of speed, understanding, consistency, adaptability, motivation over a season is, I believe, Hamilton. 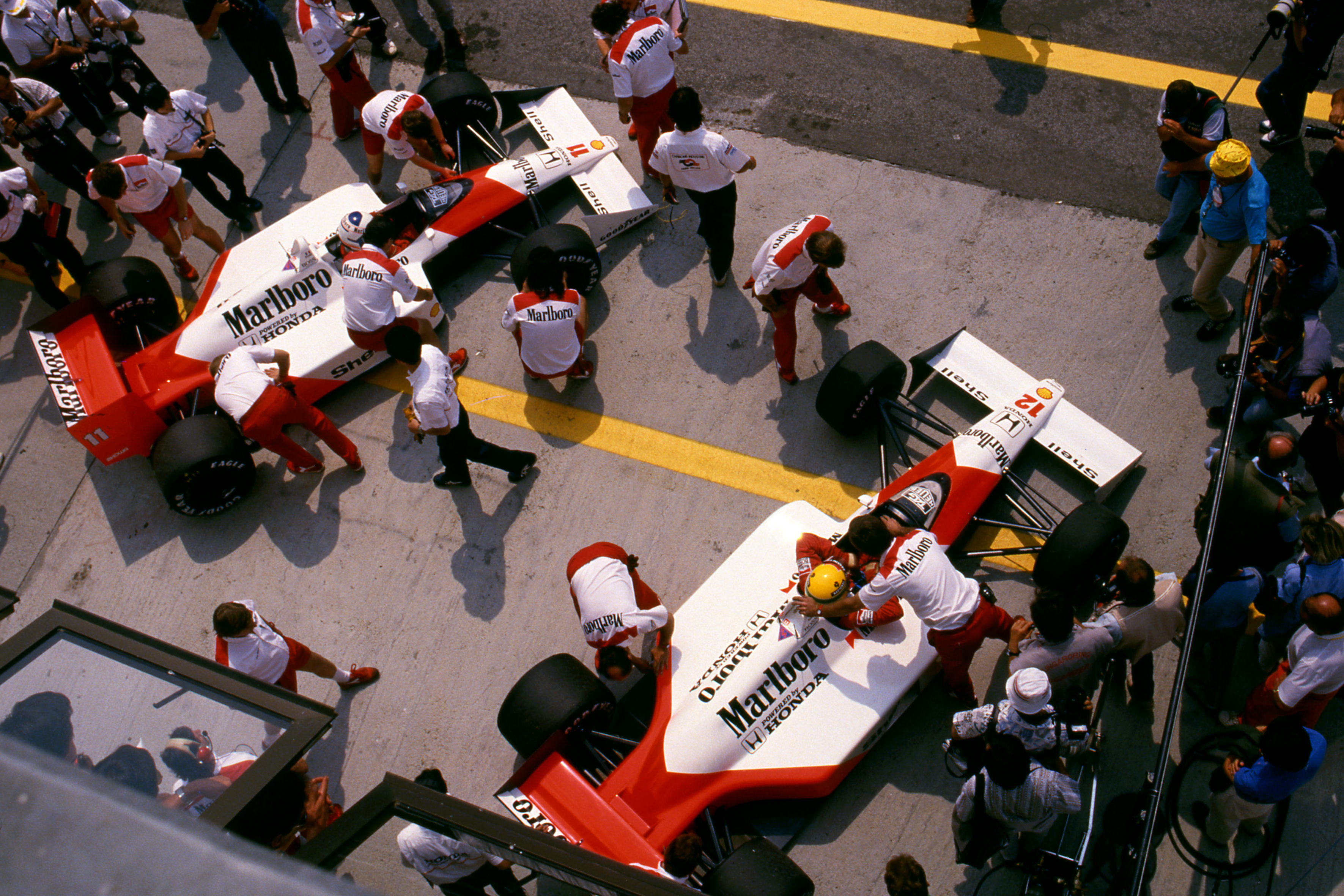 You can be right for the wrong reasons (and vice-versa) about these things of course, but when their pairing eventually came to pass for 1988 I was absolutely certain that Senna was about to outperform Prost, with no ambiguity whatsoever. He did so.

The only reason there was a battle at all is that their cars were so superior to everyone else’s that Prost could qualify a second slower than Senna and still be on the front row, still be in a position to win the start and fight out the race’s destiny.

But Senna, moving into Prost’s team, established himself as the stronger driver pretty much immediately. Just as Prost had when he moved into Niki Lauda’s McLaren territory some years earlier.

It would be fantastic for F1 – less so for Red Bull – if Verstappen were recruited by Mercedes to partner Hamilton. But would he do to Hamilton what Senna did to Prost? 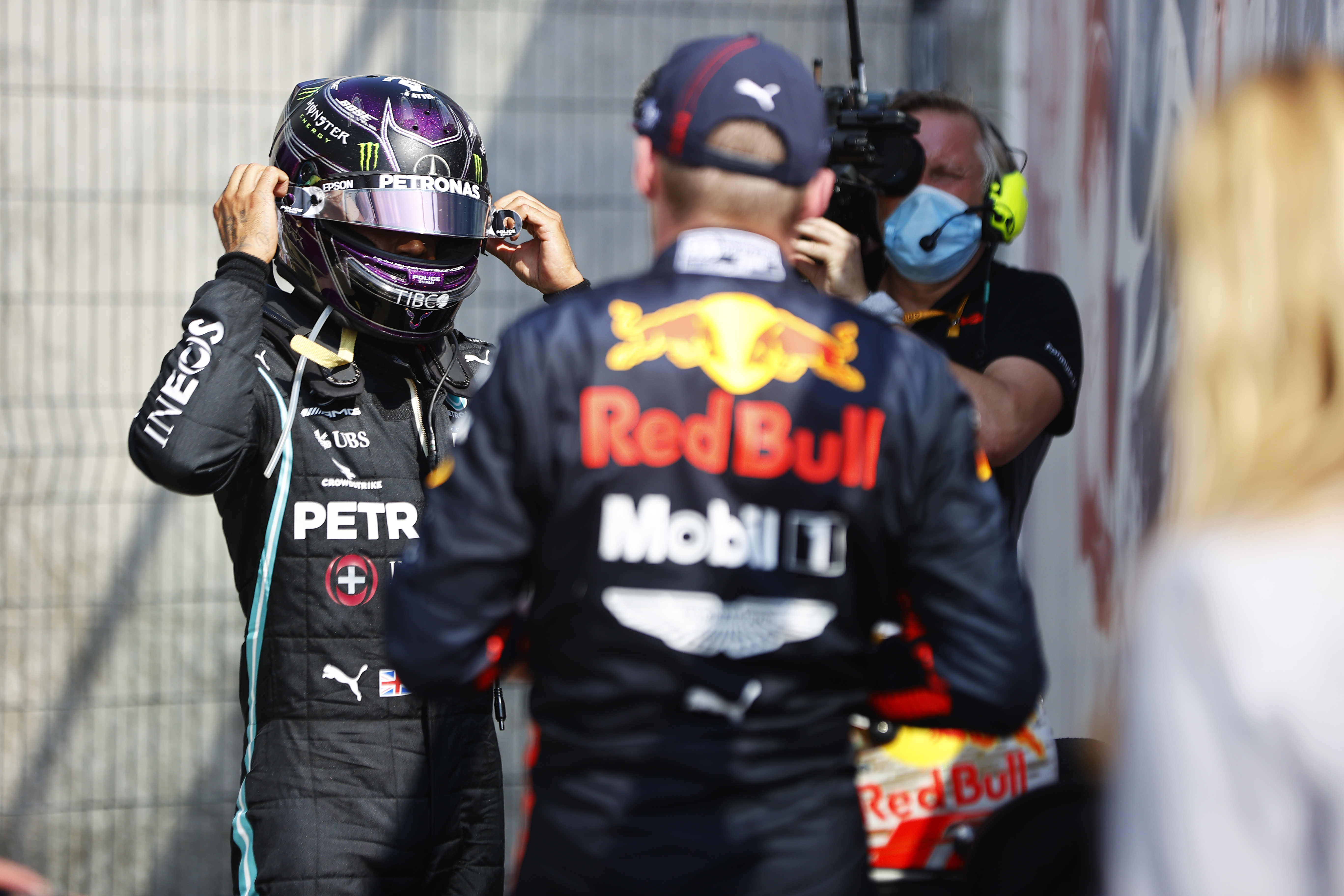 I don’t believe so. I think it would be a fantastic, flat-out intense, probably antagonistic battle of wills in which they each stretched the other to the very limits. There would be no guarantee coming into any weekend which of them was going to be faster, which one more audacious, which more error-prone, which with a better understanding of the tyres.

But overall, barring mishaps and ill-luck, I think current-spec Hamilton would ultimately prevail over current-spec Verstappen. But the best that can ever be is an educated estimation – unless it ever actually happens.

Meantime, Verstappen can only conjure victories from the slim possibilities as they are presented, like last weekend at Silverstone, a masterful performance. But the exact same performance would likely have netted a distant third had the Mercedes not been undermined by severe tyre blistering. 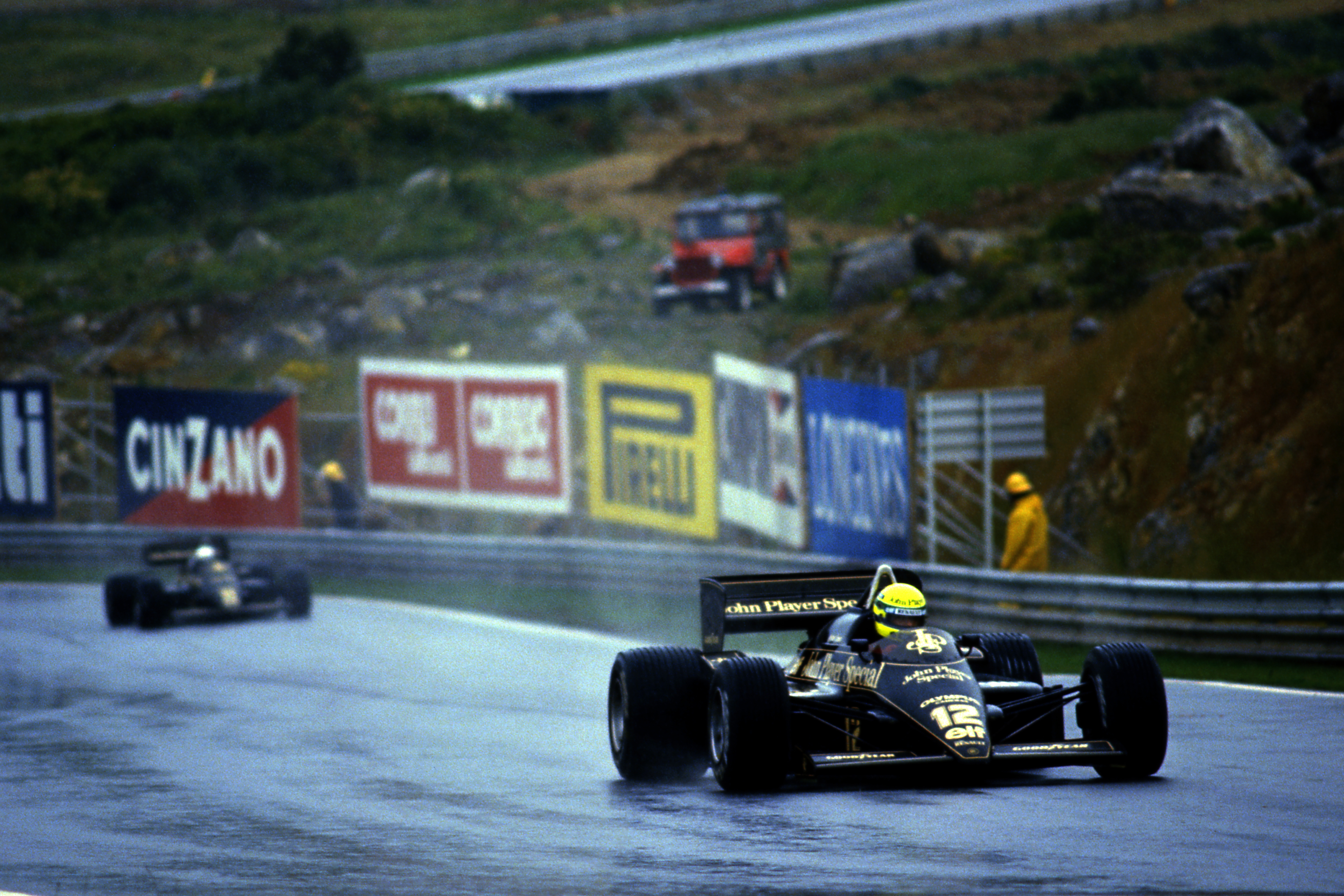 Senna’s victory in the rain of Estoril 1985 was a sublime demonstration of skills that were on another plane to anyone else’s on the day. He was almost as impressive in winning – again in the wet – at Spa.

But the Renault engine, although powerful (helping him to a scintillating series of pole laps), was nowhere near fuel efficient enough on race days to take on the McLaren-TAGs over the season.

By 1986 and ’87 the Lotus was also falling behind aerodynamically. At the ’87 British Grand Prix Senna was lapped by the identically-powered Williams of Nigel Mansell and Nelson Piquet.

He snatched the odd victory when circumstances presented themselves or where the circuit layout didn’t punish his car’s weaknesses so much – Jerez and Detroit ’86, Monaco and Detroit ’87. 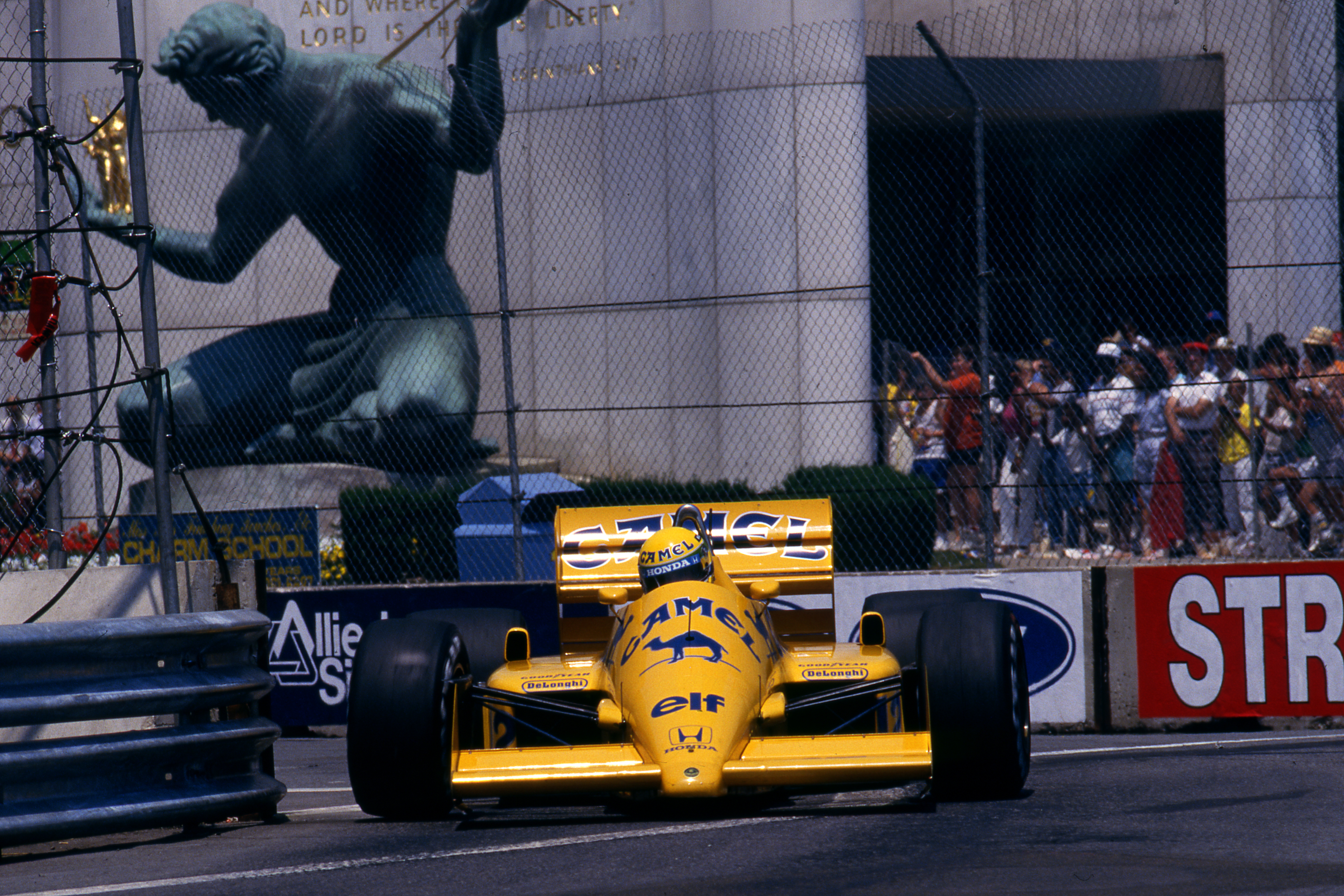 Meanwhile Prost was beating Jackie Stewart’s all-time record of grand prix victories and becoming the first man in 26 years to win two consecutive world titles. He was The Man. Just as the record-busting Hamilton is now.

Max Verstappen’s victories in the Mercedes hybrid era are similarly opportunistic to Senna’s at Lotus. He was brilliant in calmly using how the strategy dice had fallen for him (and against Ricciardo and Sebastian Vettel) by winning on his Red Bull debut, at Barcelona in 2016. He was fantastic in the wet of Interlagos ‘16 – but then so was the dominant Hamilton. 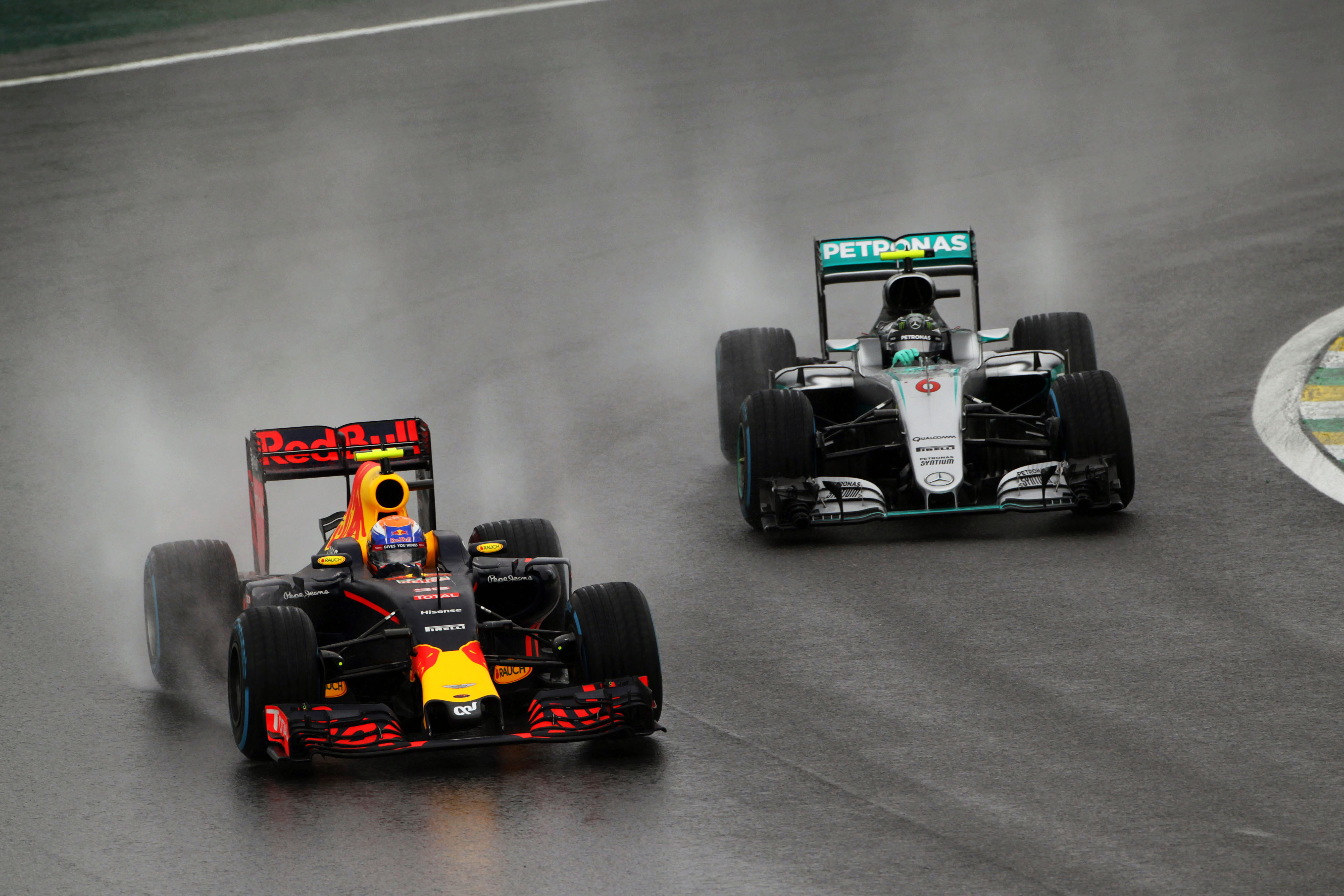 Malaysia 2017 was a gung-ho attack in which he passed a compromised Hamilton, knowing the Mercedes driver was fighting for the title and couldn’t afford contact. Similarly in Mexico ’17, his zero-ambiguity approach to Turn 1 against the title-contending Hamilton and Vettel was the foundation of a dominant victory around a track perfect for the Red Bull (just like Senna’s active ride Lotus was great around street tracks).

He was around to benefit from a double Mercedes DNF in Austria 2018 (after a fantastically combative first lap battle with Kimi Raikkonen which, in hindsight, won him the race), and was uncompromising in utilising the Red Bull’s Mexico advantage where the thin air didn’t punish its high drag. 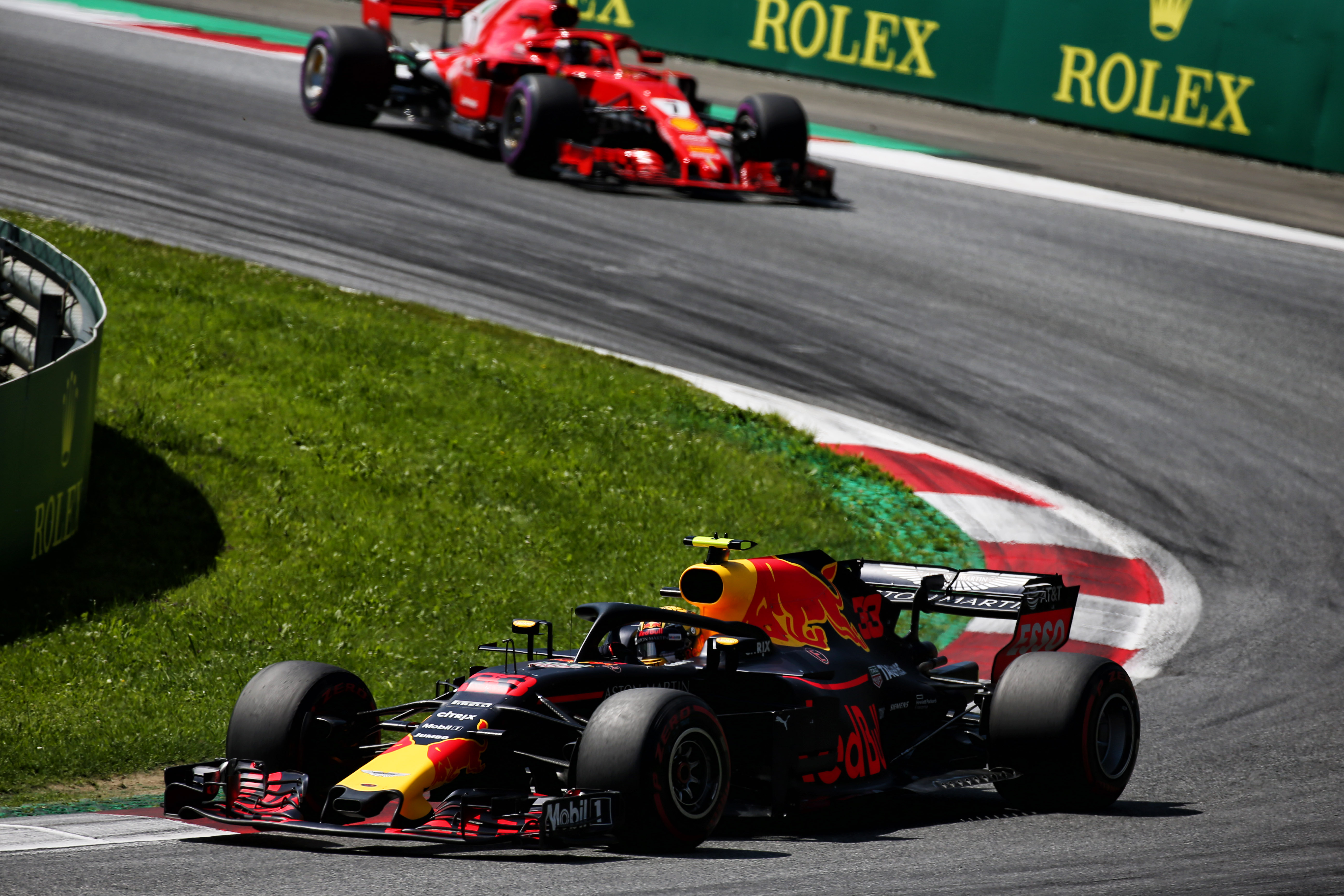 Last year, there was a brief mid-season spell where the Red Bull-Honda was a genuine match for Mercedes and Verstappen was brilliantly combative in taking that late win from Leclerc in Austria and in remaining error-free and in control in the rain of Hockenheim on a day when Hamilton and Leclerc crashed out while running ahead of him.

In the high-altitude of Brazil, the Red Bull was again the fastest thing in the place, and Verstappen took a superb pressure victory after intense pressure from Hamilton. 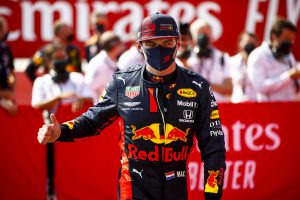 Such contests just make it all the more tantalising to imagine them paired together. It would be a headache for Toto Wolff to control. But Ron Dennis at least gave F1 one of the great rivalries by putting Senna and Prost together, thereby maintaining interest in what could otherwise have been a very dull championship, such was McLaren’s advantage.

I don’t think history would necessarily repeat if Wolff ever took a leaf from Ron’s book on that. But wouldn’t it be fantastic to find out. 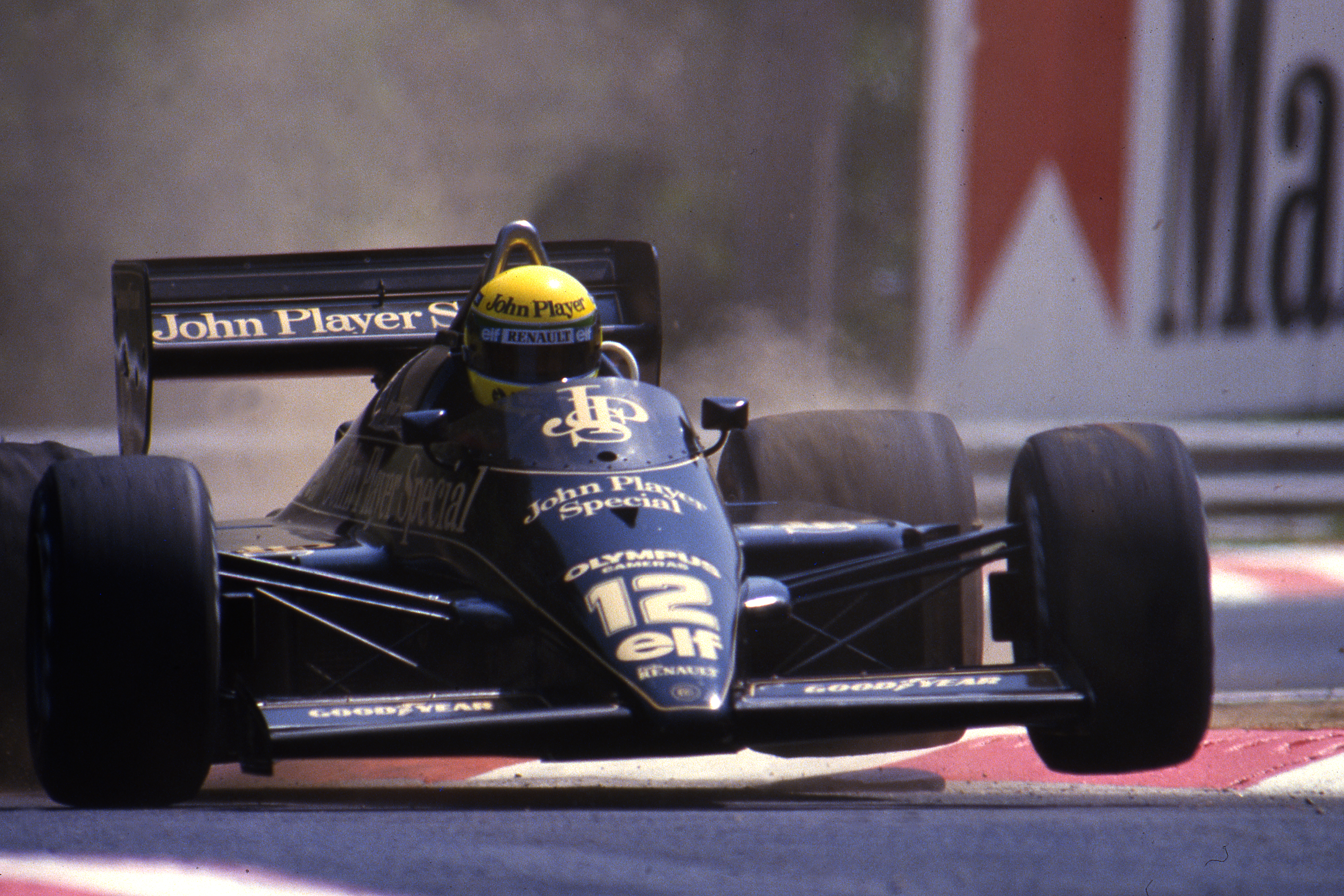