Ferrari brought its first update of the Formula 1 season to the Australian Grand Prix, trialling a modified diffuser on Charles Leclerc’s car during Friday practice. But it didn’t race it.

Although Ferrari made changes to the car during testing, including to the floor, it hadn’t introduced new parts once the season began beyond a lower-downforce rear wing for the demands of the Jeddah Corniche circuit in Saudi Arabia.

After the new diffuser had been run by Leclerc on Friday in Australia, it was removed for Saturday. 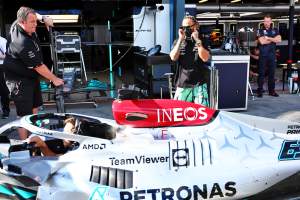 What upgrades have F1 teams brought to the Australian GP?
Read more

“Compared to the configurations previously raced, we have added a packer (around car centre line) in the diffuser,” said Ferrari’s part of the technical update document released by the FIA ahead of Friday practice.

“The changes to the diffuser volume (added packer, and therefore reduced expansion at centre line) are intended to improve both rear downforce and stability around the lap.”

Ferrari head of operations Claudio Albertini explained that this packer changed the shape of the floor.

“We had a packer in the diffuser,” said Albertini. “Actually it’s a part that changed the shape of the floor. 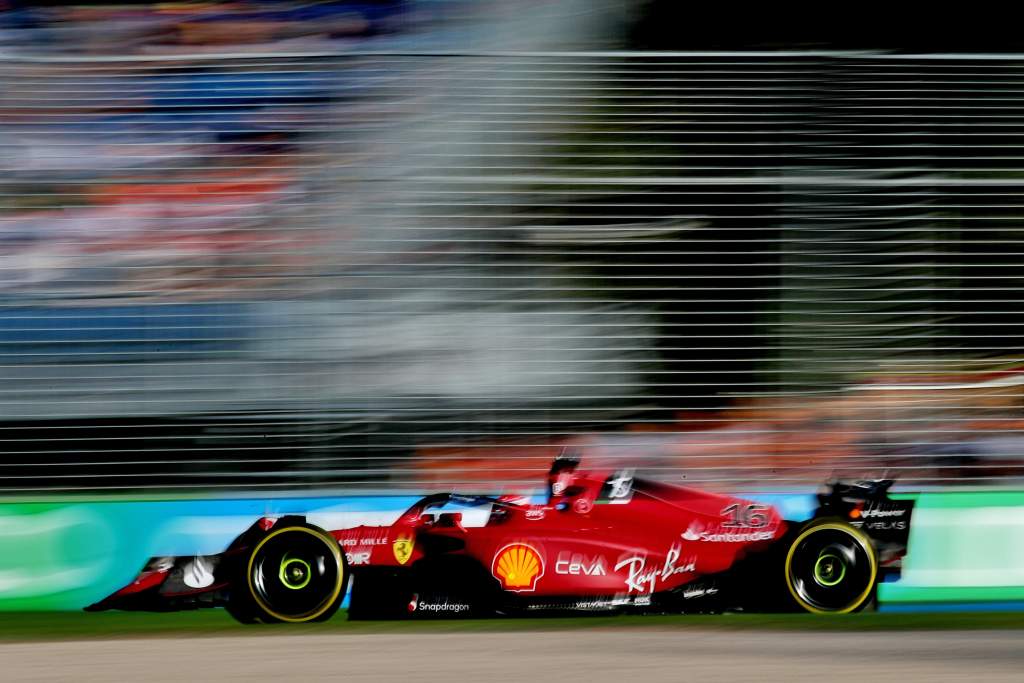 “It was a test item. We knew since the beginning that it would not be on the car for qualifying and the race.

“It’s normal nowadays that with no real testing of the car that you use Friday for this development and data collection action.”

This will have been an experiment designed to evaluate the effect on airflow, either to trial a future change without committing to manufacturing a completely new floor, or to gather data on the revised shape to inform future development.

“It’s related obviously to the aerodynamics of the car,” said Albertini.

“it’s aimed to better understand the airflow on the floor and the bottom part of the car.”

Albertini explained that the data gathered from the test will be invaluable in checking the correlation to the windtunnel.

This could either validate an update that’s already designed, or indicate what needs to be changed to ensure it is viable.

“With these special components the aim is gathering information,” said Albertini. 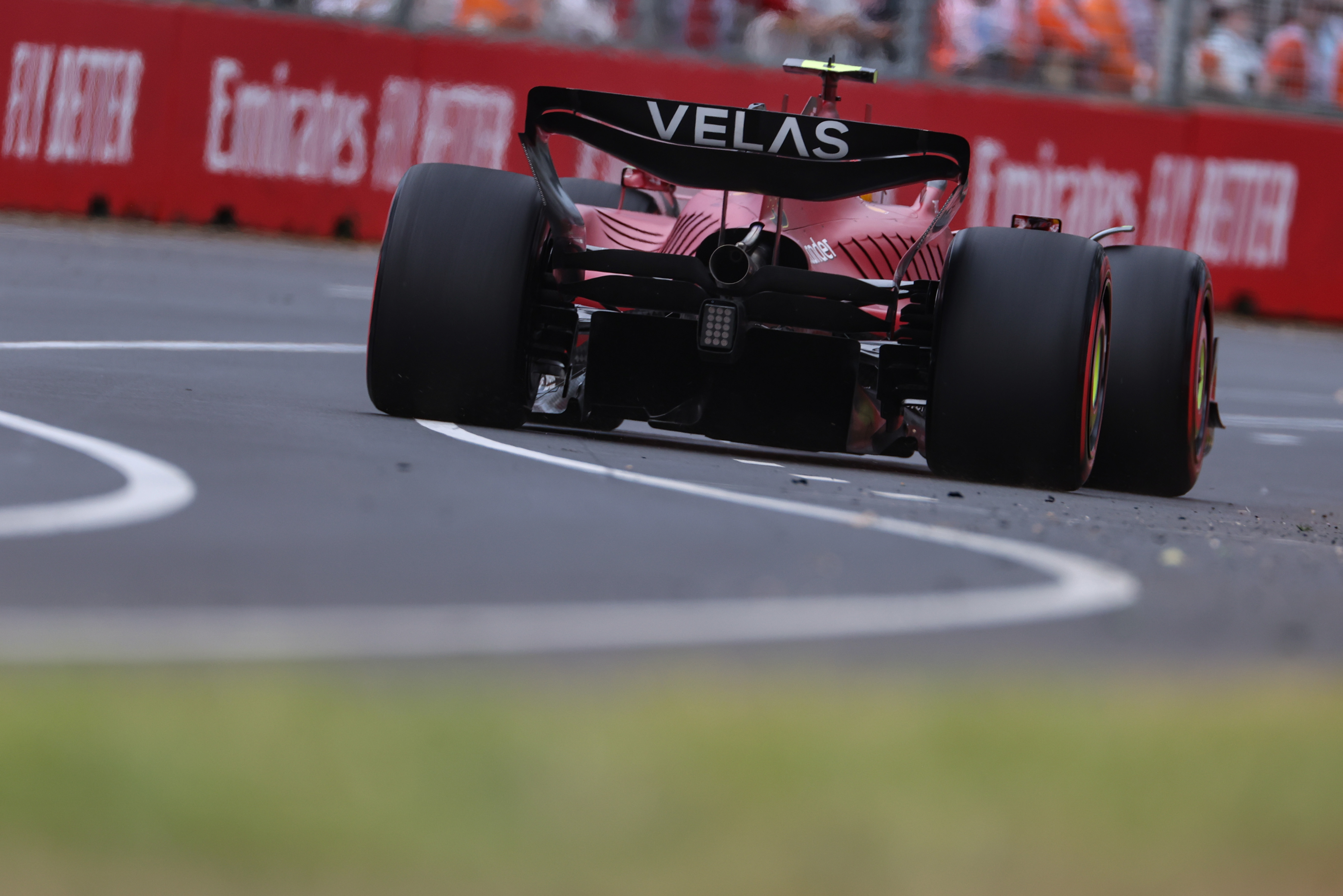 “We have sensors in the car, we do all the measurements then we bring all the information home and then the data can correlate with our calculations from the tunnel data.

“So it’s a way in which we can match the real car and the calculated car and we have a better picture for the later in-season development of the car, for which this is the first step.”

Ferrari has taken a cautious approach to upgrading its car, even keeping the changes to a minimum during testing to ensure it built its understanding of the F1-75.

Speaking after the Australian Grand Prix, team principal Mattia Binotto said that it won’t bring much in the way of upgrades to the next race at Imola. 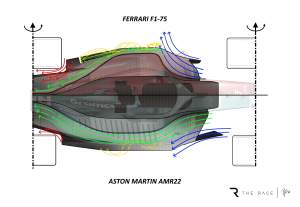 This is partly because of the schedule for the weekend, with just one free practice session ahead of Friday’s qualifying session as this will be the first sprint event of the season.

“It’s a difficult weekend in terms of bringing [parts] and trying to evaluate the package because you need to focus on quali in the afternoon,” said Binotto.

“If we look at ourselves, not bringing much in Imola, we try to mitigate the issues we had so far. A lot of porpoising, bouncing that’s affected our performance this weekend.

“We try to work on that, but the upgrades [will be] following later in the season.” 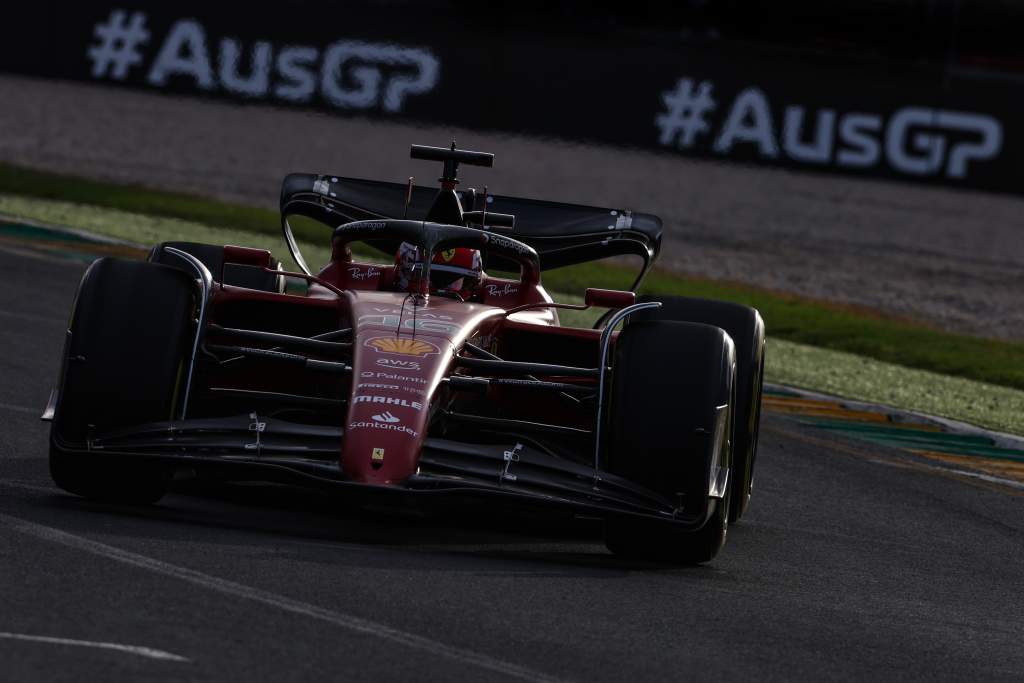 Before the big F1 teams had to operate under the cost cap, Ferrari would simply have made a new underfloor for this race. But now it’s necessary to think differently.

If you have discovered an area in the underfloor-to-diffuser intersection that is working that little bit too hard and suffering from airflow separation as the airflow has to increase in speed, the quickest and cheapest way to solve that problem is to bond in a packer that reprofiles and reduces the volume increase in that area.

To put it simply, a packer is basically car body filler that fits onto the existing surface and is then reprofiled to create the modified surface. Think of it as fixing a dent on your car body, although I’m sure in today’s ultra-technical F1, there are more elaborate ways to create this packer than just a visit to your local body shop.

When I was technical director at Jaguar, one of the things that transformed the performance of the Jaguar R1 late in 2000 was a car body filler packer fitted onto the diffuser surface. 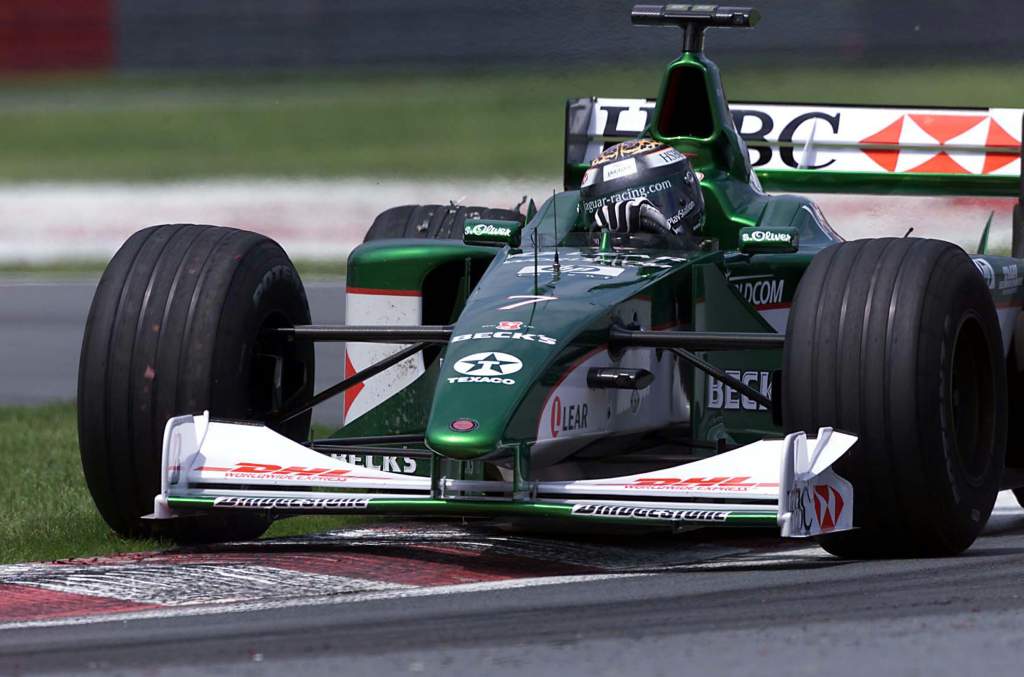 The underfloor from front to back works as one. You have the inlet area, you have the diffuser exit area and in some areas you will have a bit of leakage. 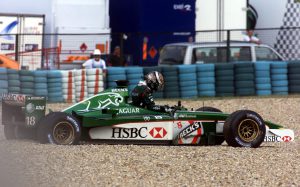 But it is important that over that length the expansion of the airflow is as consistent as possible. Any quick increases in cross-section can overwork the airflow in that area.

Airflow separation near the car’s centreline was a fairly common problem even before this change in regulations and has always caused inconsistency in underfloor downforce.

But now, with the underfloor being so powerful, it also causes this porpoising. Yes, you can work on controlling it with suspension and damper settings but it’s much better to attack the root cause.

Ferrari never intended to race it, but as we all know porpoising is very difficult to predict from windtunnel or CFD analysis. By circuit testing this ‘packer, Ferrari now has it in the pipeline for the upcoming races.