Why ‘Alpine’ can succeed where Renault failed in F1

Renault was meant to have a title-challenging Formula 1 team by 2020. Instead this will be the works team’s final year on the grid – at least in Renault’s name.

The promise, peculiarity and potential pitfalls that ‘Alpine’ will have to confront in F1 next year can be traced to the launch of the works Renault team it ‘replaces’.

Four and a half years ago, the launch was headed by then-Renault CEO Carlos Ghosn (whatever happened to him?) and team boss Frederic Vasseur (also gone, but not wanted for arrest internationally). Renault will be a regular podium contender by 2018, Ghosn pledged. A championship challenge was necessary in the fifth season, Vasseur added.

This is year five of the project and Renault’s still awaiting the first podium, let alone the title tilt. If Daniel Ricciardo or Esteban Ocon doesn’t grab a top-three finish before the end of the season, Renault’s works team will make way for Alpine without achieving even its smallest aim.

But while Renault has failed so far, the latest Team Enstone rebrand – which at least stays under Renault’s control this time – has scope to succeed. It will just have to do so under the Alpine name. 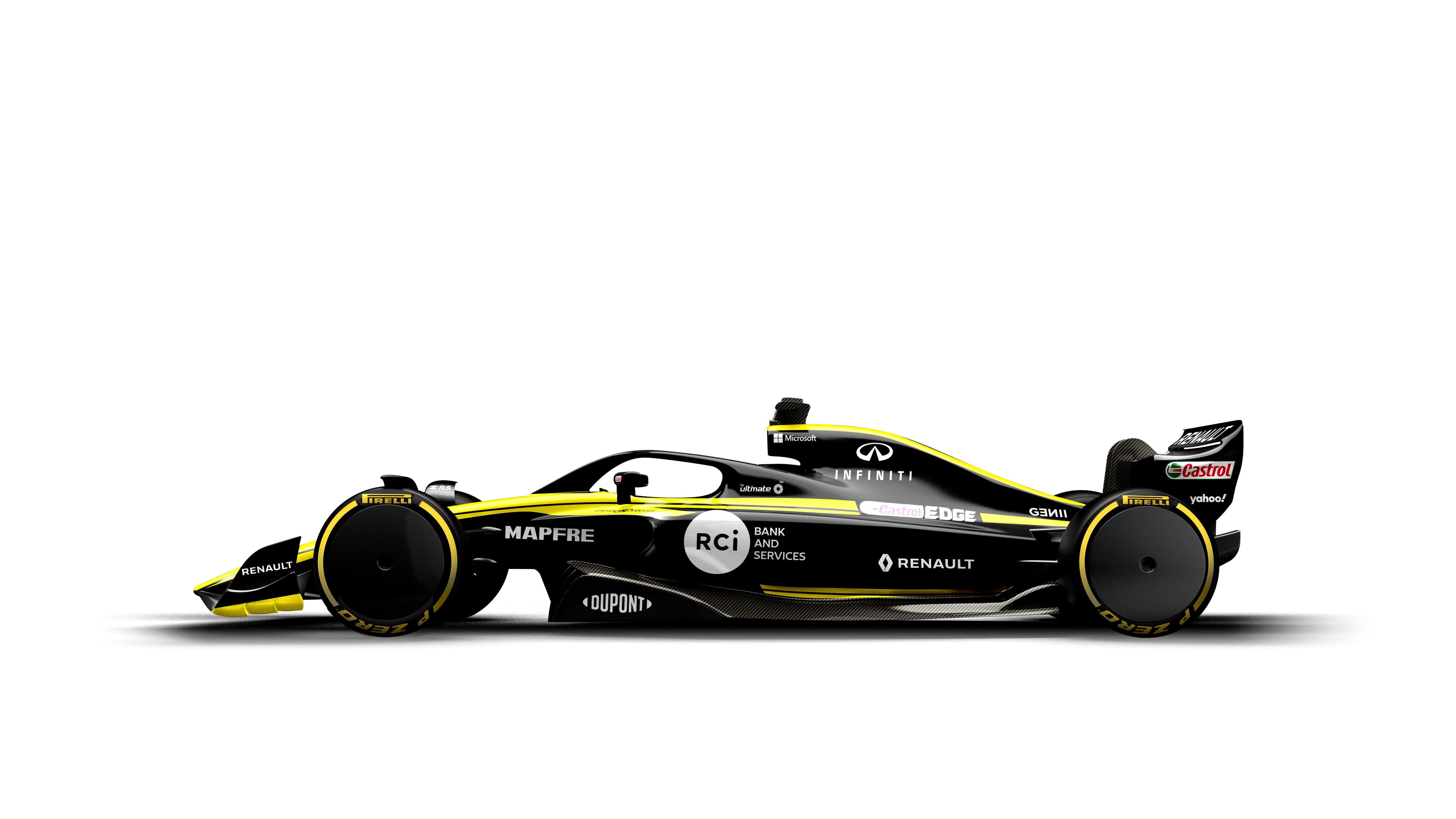 Failing to break free of the F1 midfield and being beaten by its customer McLaren risks becoming the legacy of Renault’s works time – a long way short of its lofty initial ambitions.

That failure cannot be ignored. But F1’s pecking order has been enshrined for many years and Renault was never going to shatter the status quo with a worse organisation and a smaller budget.

It had to improve dramatically to ever be close to the likes of Mercedes, but self-improvement alone would still not be enough without outside help.

Now it’s coming. Constant work behind the scenes will soon be married to a budget cap, fairer financial distribution and, in 2022, new technical rules.

That’s the context the Alpine era will begin in. It’s a fresh start and a genuine opportunity, free from the woefully misjudged targets of 2016 but also the complications of the Renault name.

The manufacturer burdened by its status as a two-time world champion team in its preceding era and the drawn-out underperformance of its revival is being ‘replaced’ by a niche brand with no baggage and a huge amount to gain in marketing terms – just as the circumstances around its F1 organisation appear to be aligning arguably for the first time in six years.

“Alpine has its place in Formula 1 and can challenge for victory,” says Renault’s F1 executive director Cyril Abiteboul. He’s been responsible for many of his own misjudged targets for the team, but this declaration seems at least half-true. 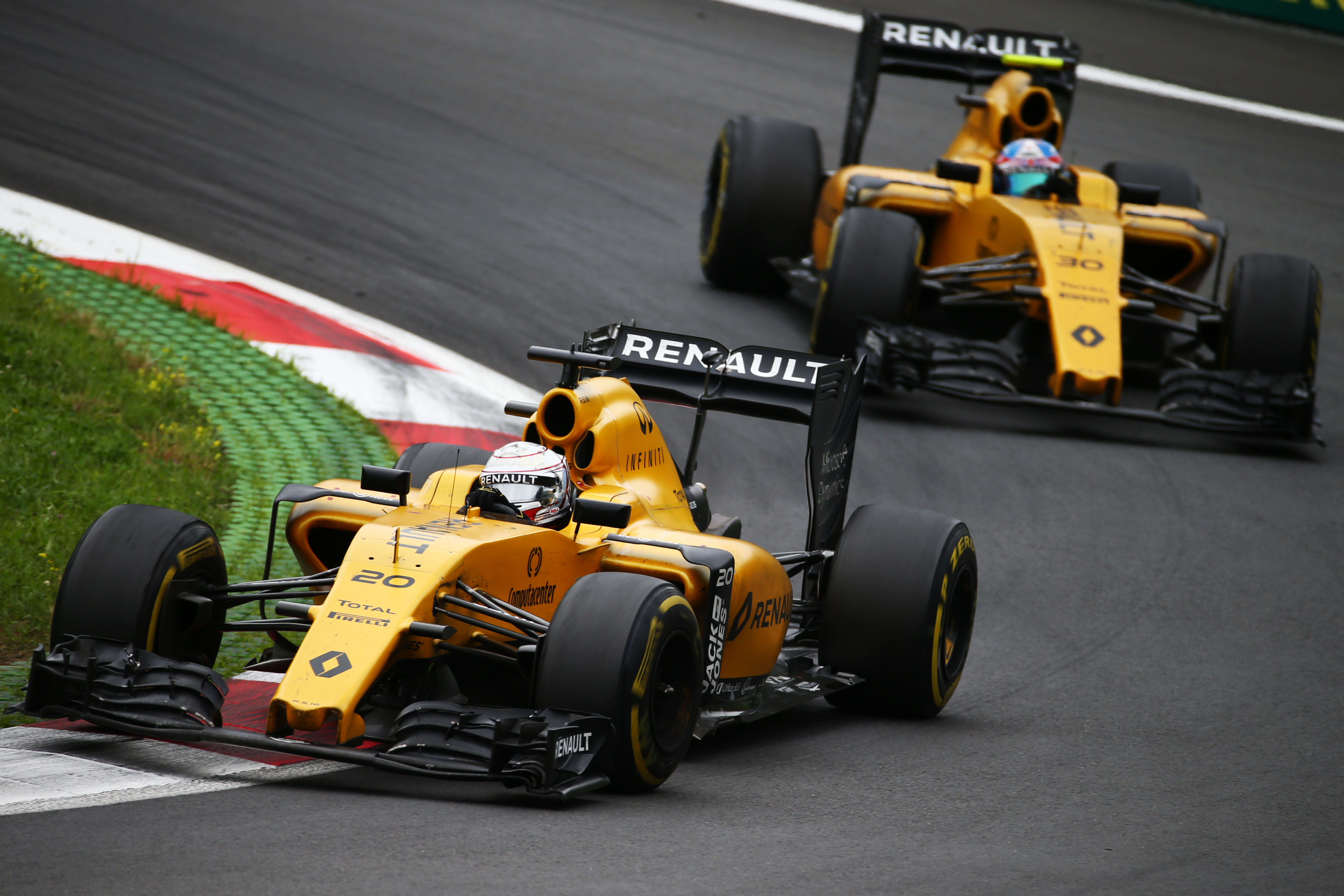 “If you want to get the most out of Formula 1 you have to be a full team because as if you are only an engine provider you put in a lot of investment and rarely get the merit of your investment.

“That is also one of the reasons why we are coming back.” 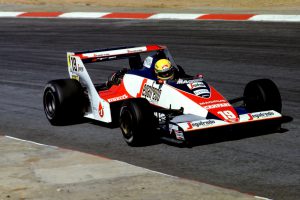 On first viewing, ditching the works team to let Alpine take its place is the opposite of that, which makes for quite peculiar logic.

Any success the team enjoys from 2021 onwards, Renault will be reduced to being ‘the engine partner’ in the television coverage, in the media, in the eyes of those watching.

That’s crucial to how Renault gets viewed as a brand and it is willingly sacrificing it – having put in all the hard yards so far to cop all the flak of being an underperforming midfield team.

But Renault no doubt sees the budget cap and fairer distribution of income as an opportunity for F1 to become much more sensible financially. Sponsorship will take care of a bigger percentage of the expenses – and a Fernando Alonso/Alpine combination will presumably be a good sell in different markets.

Costs may be split across two company accounts as race team and engine manufacturer, too. It spreads out the financial burden and provides immense marketing value for Alpine – plus an amount, however reduced, for Renault itself. Crucially, that will still all feed back into the same pot. 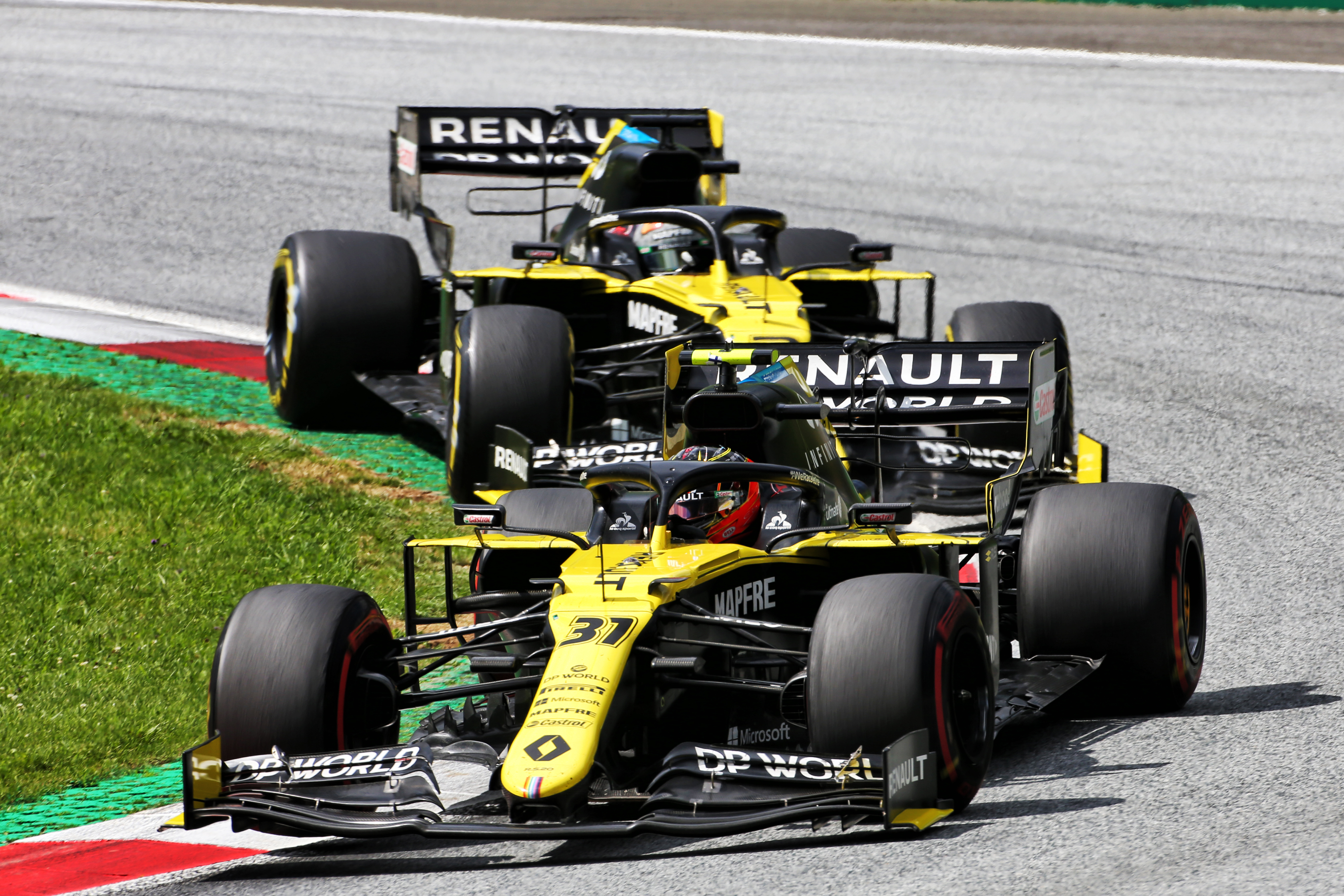 Another factor to consider is how Renault will be sheltered somewhat from the PR disaster of the team continuing to fail, should that happen. Alpine’s goal will still be to be successful, rather than make up the numbers. But F1 ‘success’ will mean something different to the Alpine brand compared to Renault.

A niche brand will get a lot more out of being fourth or fifth than one with Renault’s heritage. The Group will also be able to register the impact of competing in F1 more with Alpine than it will with something as large as Renault itself.

The stakes are lower, which means Renault can probably expect less blowback for underachievement – and should it ever come to it further down the line, it would also justify withdrawing as a team more easily.

But it may not come to that because this isn’t going to be a half-baked Renault effort and a sheep in wolf’s clothing. The core part of the works team ethos is retained. This will be Alpine in name but Enstone in reality. And Enstone is Renault’s. The infrastructure is Renault’s. The team composition is Renault’s.

So, chassis and engine will still be married in the same way even though the name above the door is different. And the potential that comes with that may still be harvested. 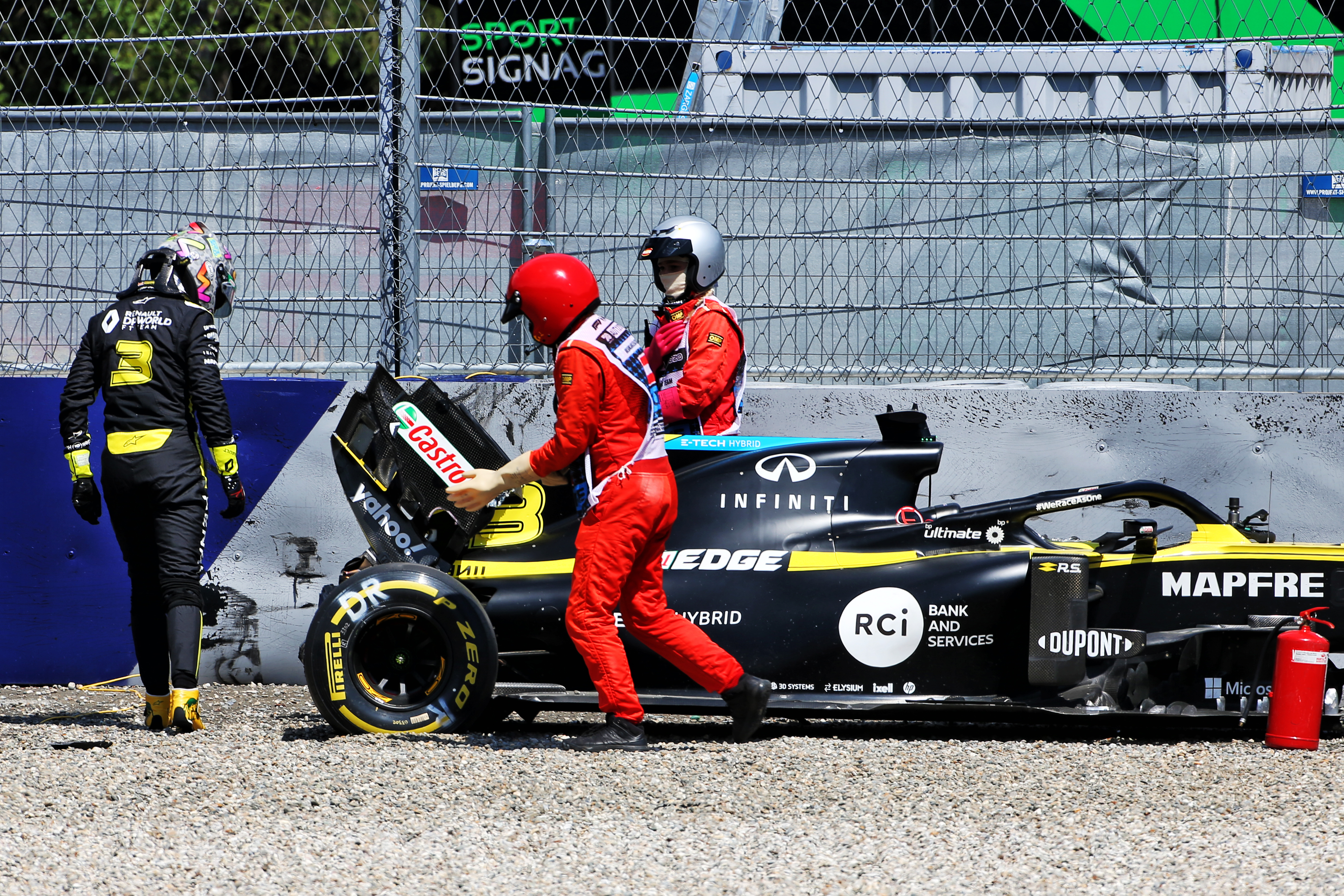 What is far from guaranteed is that this organisation will maximise the opportunity in front of it. Renault has made hard work of that so far.

The 2017 and 2018 seasons were below expectation but in line with two things: F1 reality (because of the baked-in advantage enjoyed by the big three teams) and Renault’s expense (a lot of money was going into infrastructure development but the team’s spend was in line with finishing fourth and no higher).

A backwards step in 2019, though, showed the team was at risk of treading water and with new technical rules on the horizon there was a serious risk of the foundations being shaky. A leadership overhaul gradually shook out, with the likes of Marcin Budkowski (executive director), Dirk de Beer (chief of aerodynamics) and Pat Fry (technical director) coming on board. 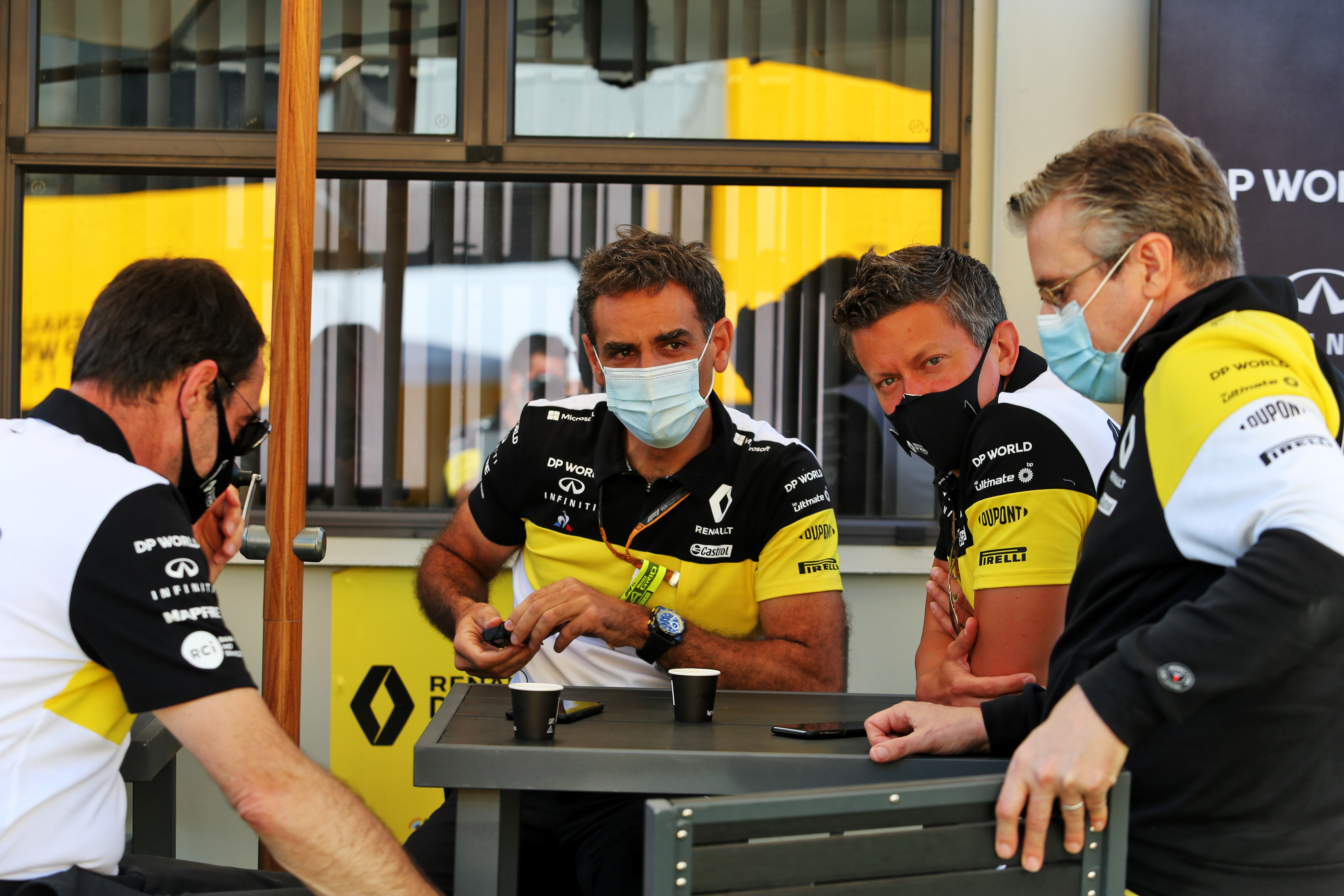 The technical side of that shake-up was not resolved until the end of 2019 so this year’s car is not a true product of what Renault views as the organisation required to return to the very front in F1. But the development of the R.S.20 is, as will the evolution for 2021. This is a crucial test of its capabilities and will determine whether or not the Alpine era builds on Renault’s laboured groundwork.

There will be no customer team for Renault in 2021, which is a drawback for the manufacturer in terms of representation but also data-gathering and R&D. This will put pressure on Renault with restricted in-season engine development coming into force and no re-homologation of the fundamental engine design after the start of next season until the next engine era in the mid-2020s. 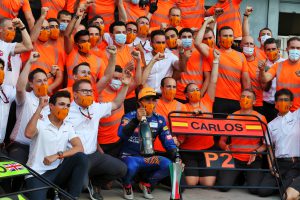 Alpine must therefore avoid all the fundamental pitfalls that caught out Renault: tough opposition, the enduring weaknesses within its own operation, vital car development phases and engine performance and reliability.

But post-2021 it will have an enormous benefit compared to Renault hitting a ceiling in the midfield, with less baggage and a fairer playing field.

That gives Alpine a genuine opportunity to reverse Renault’s damaging, multi-year capacity to overpromise and underdeliver. 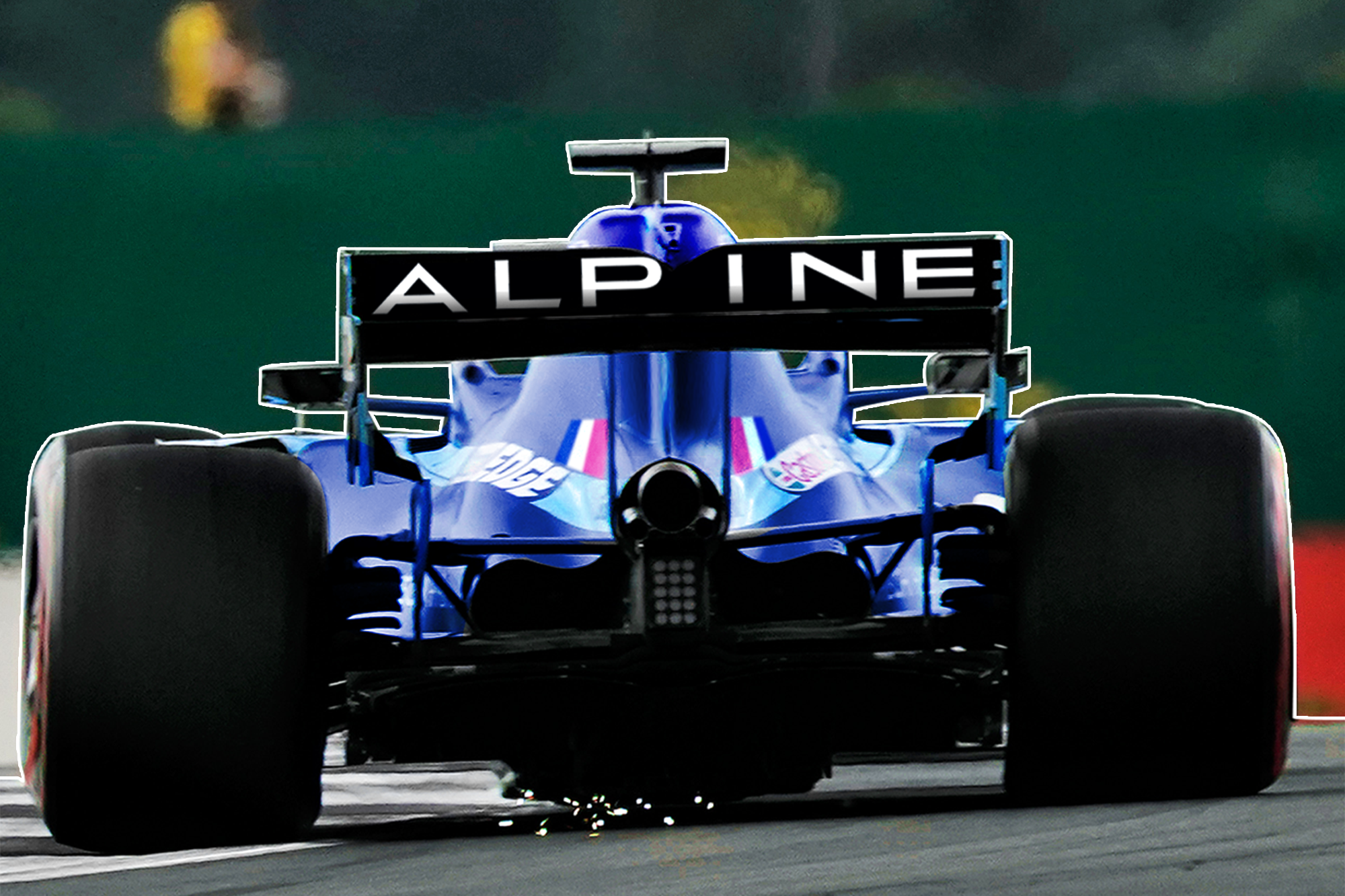