Two-time Formula 1 champion Fernando Alonso struggled with “strangely poor” grip and lacked the pace from the first run in Portuguese Grand Prix qualifying, in which he was humbled by his Alpine team-mate Esteban Ocon.

The Alpine team is enjoying an unexpectedly strong weekend at Algarve so far and Alonso even had a lap good enough for third deleted in final practice, yet a few hours later he was eliminated from Q2 after lapping nine tenths slower than Ocon.

While Ocon went on to qualifying sixth in his second Q3 appearance in a row, Alonso will start the race 12th after lamenting a difficult Saturday.

Alonso spun on his second push lap in Q2, but his last run was without any major errors and was just lacking in pace. 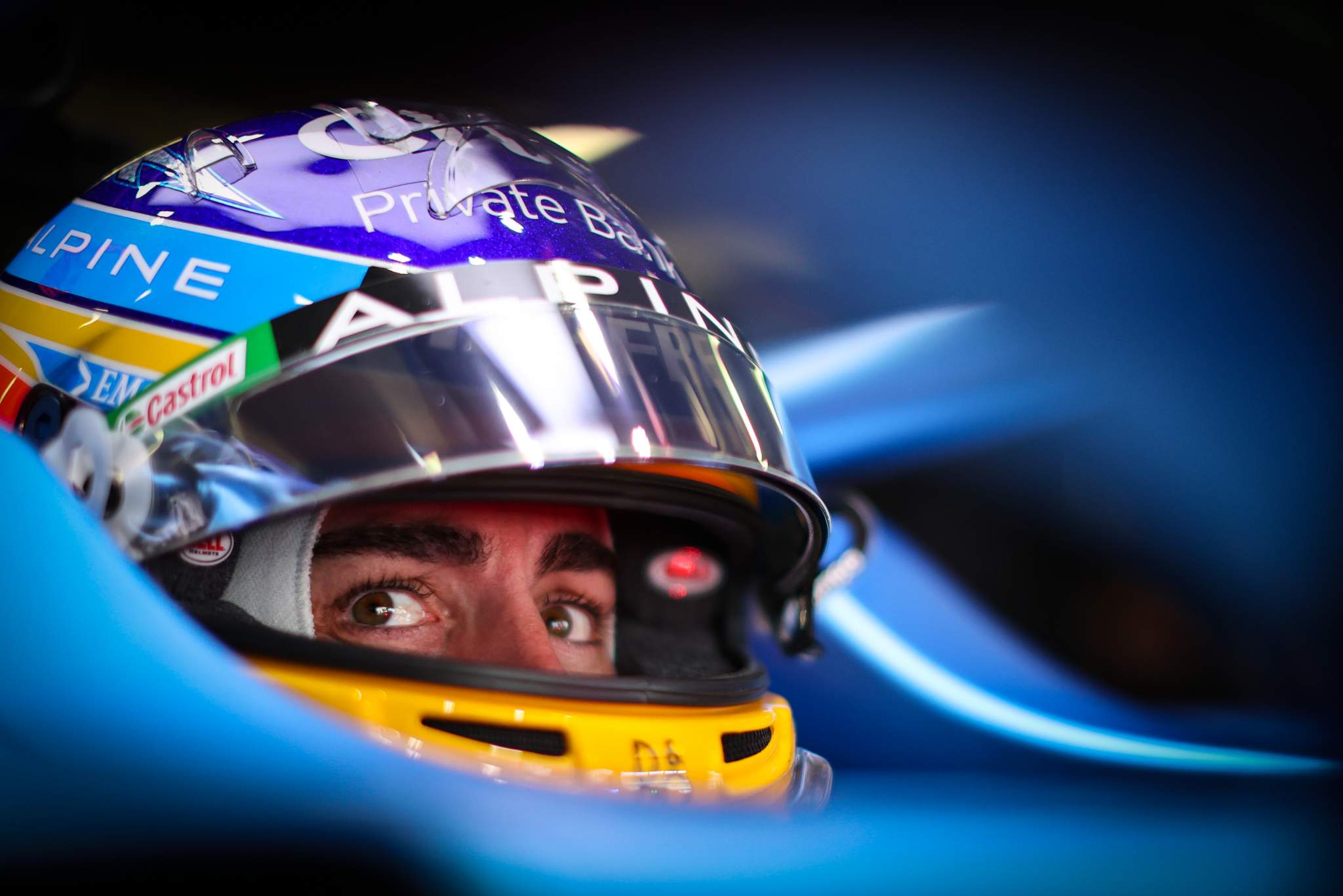 Whereas at Imola two weeks ago Alonso felt he was the problem and had not got the most from a “very good” car, in Portugal he reported he felt “the car was very bad in qualifying – just in qualifying – so that loss of grip is something that we need to study.”

He was enjoying his most competitive showing so far on his F1 comeback to that point, having ended Friday fifth-fastest and then lost a stunning lap in final practice to a track limits offence.

But after his Q2 exit he said: “I don’t think that I had the pace even in the first run in Q1.

“From FP3 to Q1 we lost quite a lot of the feeling of the car and the performance of the car so that was a bad thing. 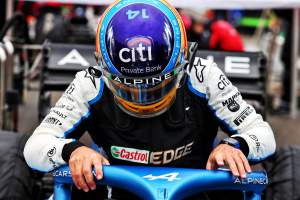 “We’re still investigating what could be the reasons to lose like one second on the pace.”

While many drivers were vocal about the challenge of the low-grip Algarve surface and windy conditions, Alonso said he had not struggled with it.

That could be a sign that Alpine has been hurt less by the front grip limitations that have taken the edge off its midfield rivals.

But while there was no major positive track evolution in terms of grip and laptime, it may also indicate that Alonso and the team did not quite anticipate how the track changed ahead of qualifying. 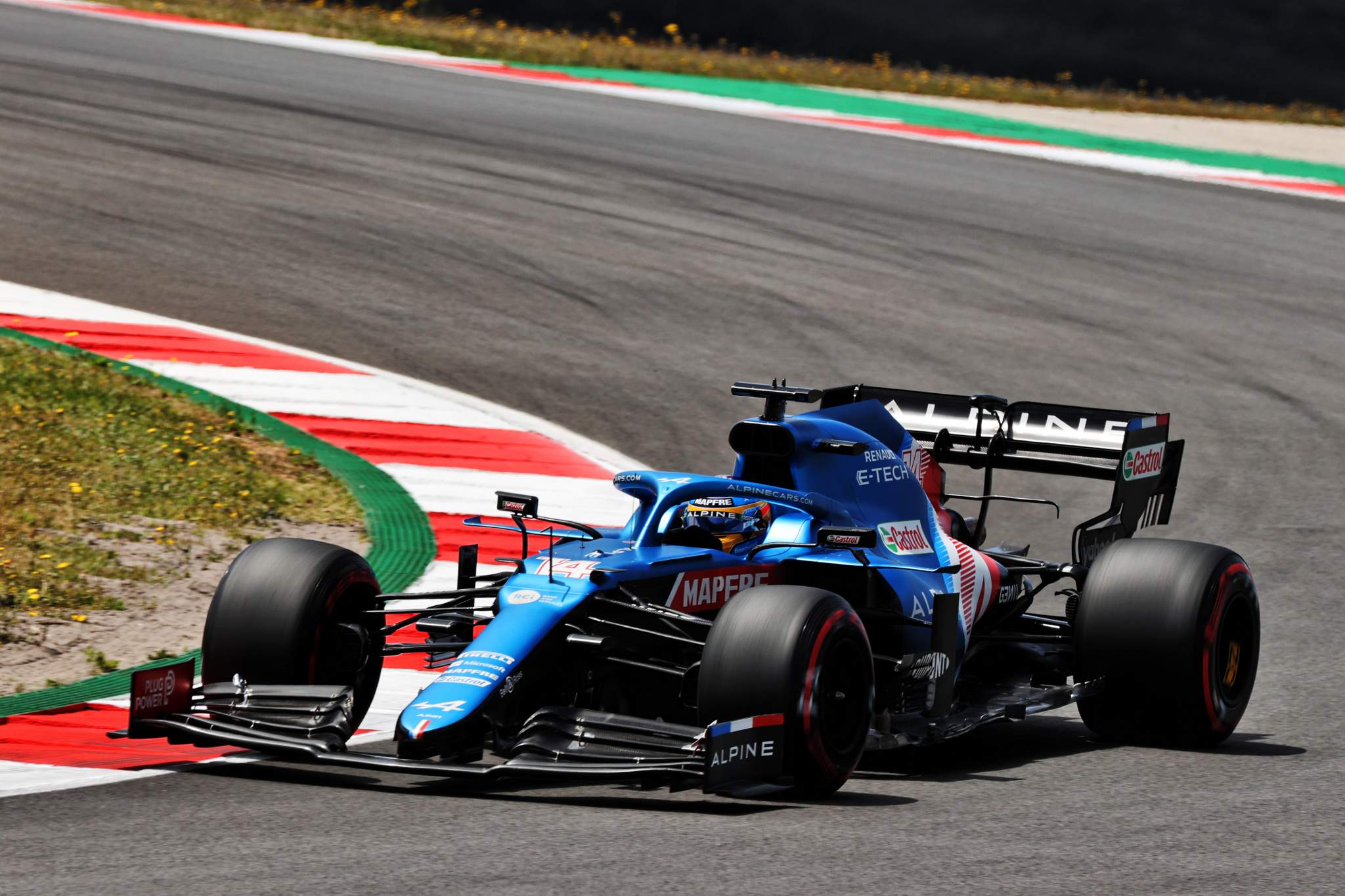 Ocon said that his side of the garage had put a lot of work in overnight from Friday and further tweaked the car ahead of qualifying.

But Alonso said “we didn’t change many things on the car from FP1 until qualifying because we felt comfortable straight away in the first run in FP1”.

He felt that this benefitted him early in the weekend as the good balance allowed him to make quick progress with good mileage through FP1 and FP2.

“It went very smooth in terms of pace and in terms of feeling and it was very positive,” he said. 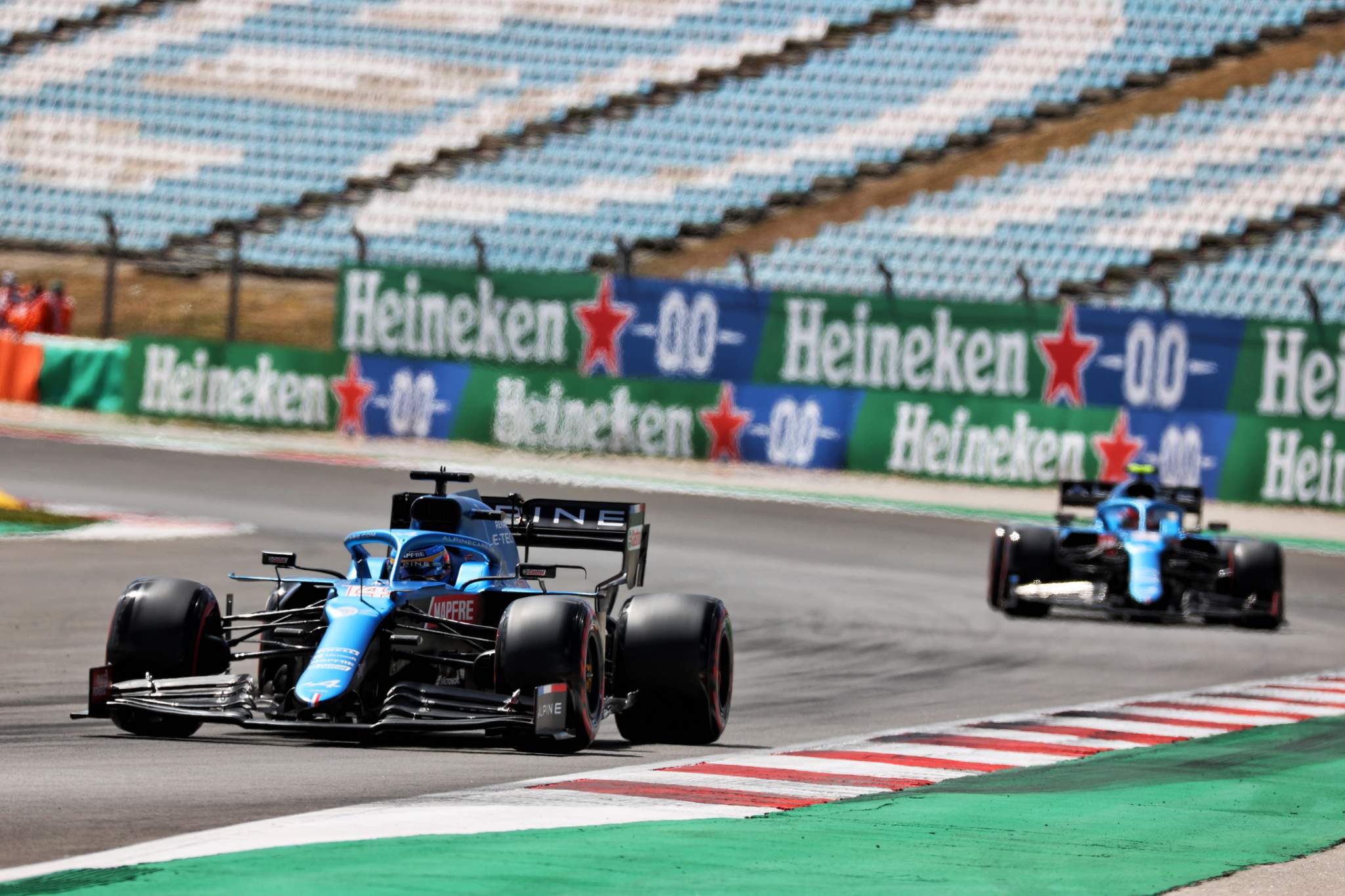 “Today the grip level in qualifying was strangely poor.

“We don’t know [why]. If we knew it would be very easy. We need to study a little bit more. We need to find if there is any aero performance to find, if there is any tyre preparation that we did differently between qualifying or free practice or whatever.

“But I really don’t care too much about the qualifying position, the race is tomorrow. And we could be happy on Saturdays and not happy on Sundays and I prefer to take the points tomorrow.”

Alonso has the benefit of having free tyre choice for the start of the grand but starting six places behind Ocon gives the young Frenchman the advantage of far superior track position. 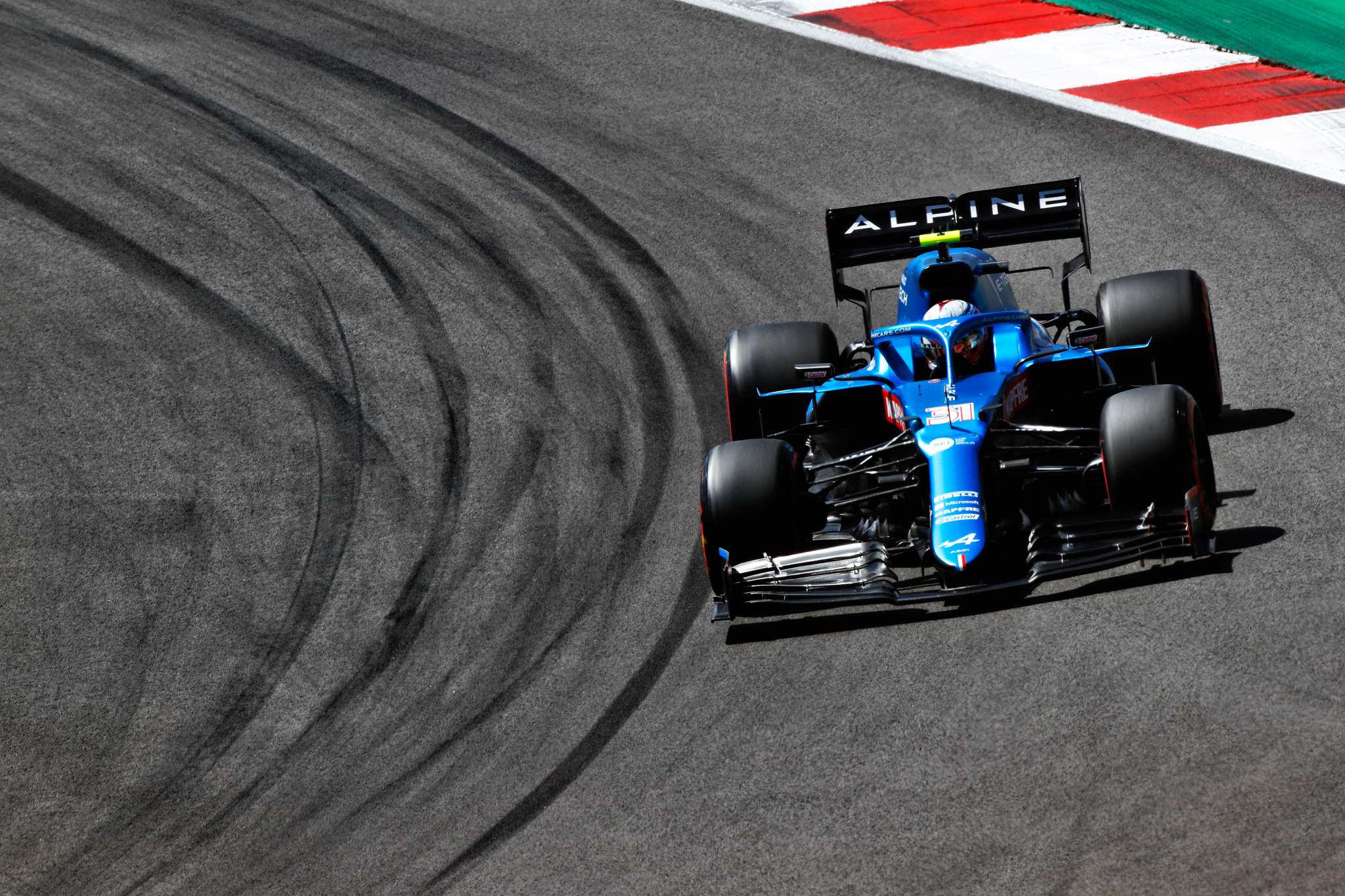 Ocon finished ninth at Imola two weeks ago despite losing ground early on because of a wrong tyre choice at the start of the grand prix in wet conditions.

He was one of the stars in qualifying, looking much more comfortable than Alonso and attacking Q2 and Q3 with greater confidence.

Ocon was even unhappy with his final run in qualifying, which he said left him “a bit disappointed” as he felt he should not have been pipped by Ferrari’s Carlos Sainz Jr by three thousandths of a second.

“The great lap was the Q2 one,” said Ocon. “For everyone, the conditions were tougher. It was very, very difficult. 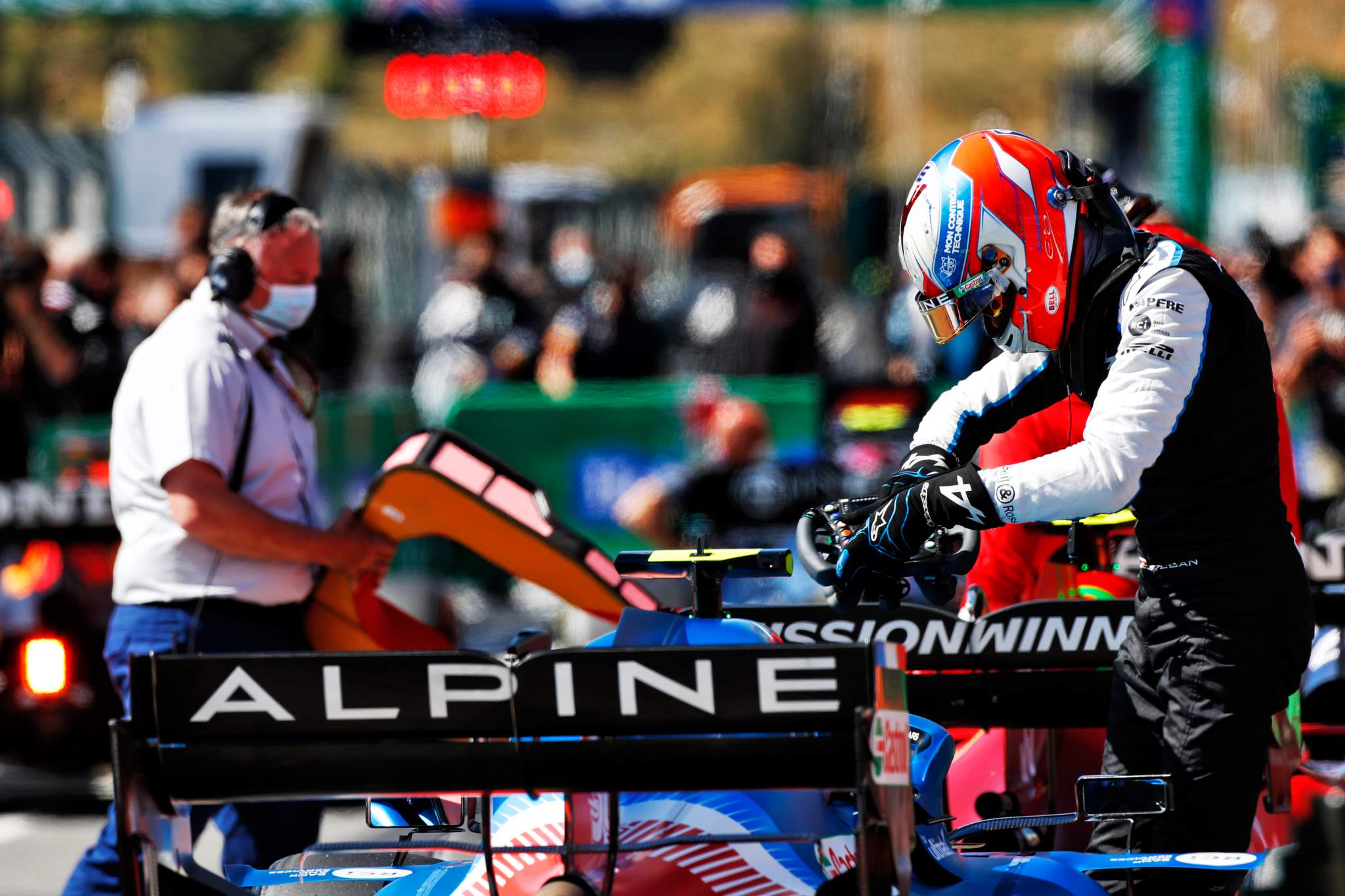 “And I almost went off into Turn 1 on the first run of Q3. So it was a bit of resetting and getting back to it but yeah, overall a decent lap.

“The car was more tricky to drive in quali than in FP3. But the big step and big improvement that we’ve done was coming from Friday to Saturday morning.

“We did some minor changes in between FP3 and quali. But the big work was overnight. That’s where we made the huge step, and the confidence that the car gave us was huge.”

38 mins ago Motorcycle racing No Comments

54 mins ago IndyCar No Comments