The addition of a second race in Austria seems the perfect opportunity to run Formula 1’s new Saturday sprint race for the first time.

In response to Turkey losing its place on the calendar because of travel restrictions, the French Grand Prix has been moved forward a week and the ‘Styrian Grand Prix’ has been added at the Red Bull Ring one week before the Austrian Grand Prix.

It takes F1 back to the situation that underpinned the start of the 2020 season, which began with two races in Austria.

In the end, the championship held three same-venue double-headers over the course of 2020 with different approaches – the Red Bull Ring races started the season with identically set-up weekends, Silverstone’s second race had different tyre compounds, and Bahrain made use of two layouts.

There was actually a desire to have a different format for the second event in Austria too, in the form of a reverse-grid qualifying race. F1’s argument was that it was an opportunity to trial a format it had been pushing for a while and would encourage people to watch two grands prix at the same venue. 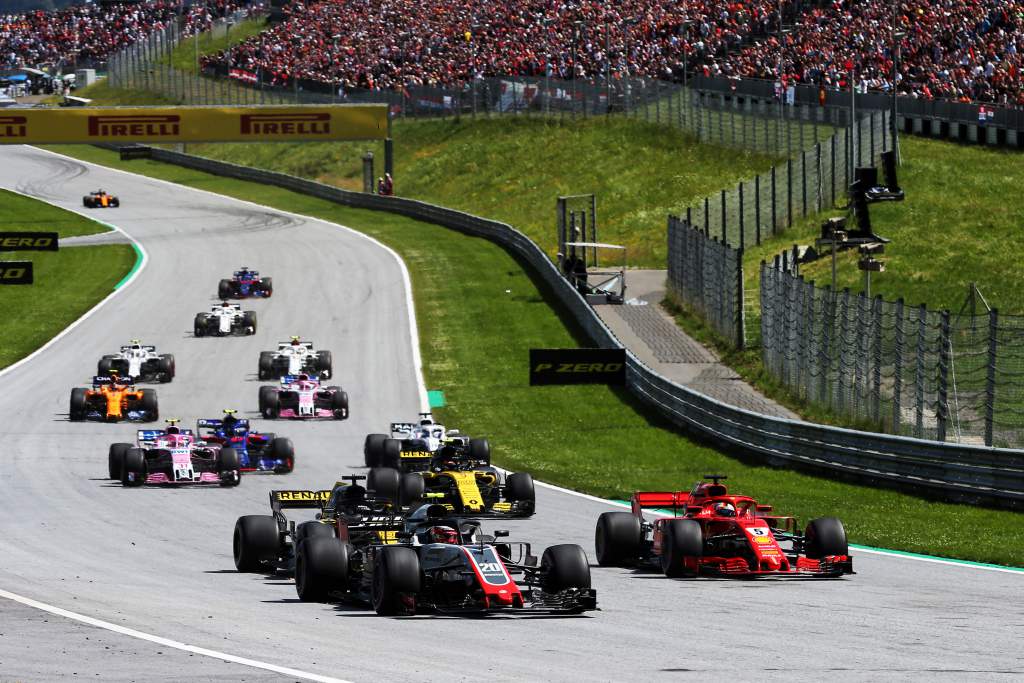 Ultimately, the reverse-grid proposal was blocked. But F1 didn’t give up on its Saturday race idea and, as it turns out, a version of that experiment will finally take place in 2021 with the so-called Sprint Qualifying format.

At three events – Silverstone, Monza and one TBC – normal qualifying will switch to Friday, setting the grid for a 100km sprint race on Saturday, which will award points to the top three finishers and set the grid for Sunday’s grand prix.

The British GP has been earmarked as the first to host the new format, but now that F1 has two races in one place again it seems a no-brainer to bring the qualifying race’s debut forward to the Austrian GP.

A tweaked format would create a nice twist for the second event, and there’s a fully-formed idea here ready to be rolled out.

It’s a track where overtaking is possible, so the sprint race might actually feature some good racing too, lending some credibility to the spurious claim that this new format will create exciting action.

Perhaps most importantly of all, it would also give F1 the perfect opportunity to literally back-to-back the current weekend schedule with the sprint qualifying experiment. No two weeks are identical but it would be the best possible chance to compare the two formats and judge the effectiveness of a sprint race. 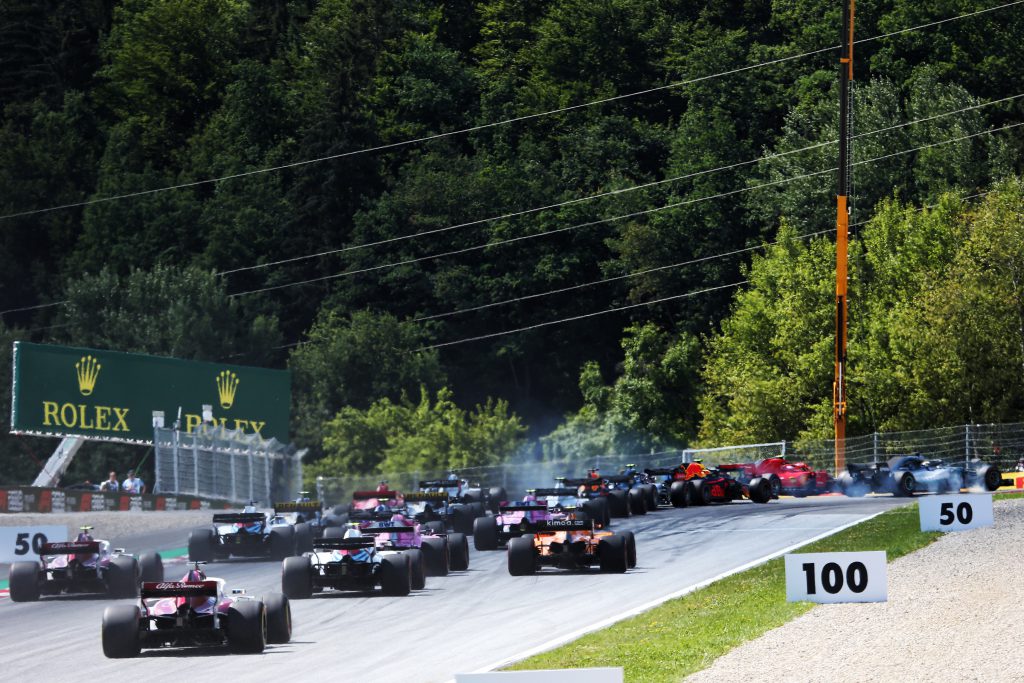 Sadly, it seems like it will not happen. Exactly why isn’t clear but it appears to be too difficult to pull off – possibly because F1 and the FIA have rubber-stamped a financial agreement with teams to cover the costs of the additional races, so inserting an extra sprint race is simply unfeasible.

Taking a sprint race away from another venue appears off the table too. Silverstone’s already selling tickets with the sprint race as part of its marketing, Monza’s been earmarked for this from the very beginning, and F1 wants a race later in the year – outside of Europe – to have the new format as well. 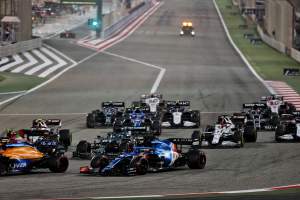 There may be other reasons but the underlying point is that, barring a big U-turn, it seems the no-brainer idea of holding a sprint race in Austria is actually a non-starter.

It’ll be a clear open goal missed, as it would have given the second Austrian race a clearer purpose rather than just looking like an event added simply to top up F1’s coffers.

Giving Austria a second race in the middle of a 23-round schedule probably seems unnecessary to many people because the rationale is based on factors most will not consider.

Chances are any of Singapore, Japan, Mexico and Brazil could end up being lost because of the ongoing pandemic. Who knows if any others might become at risk. 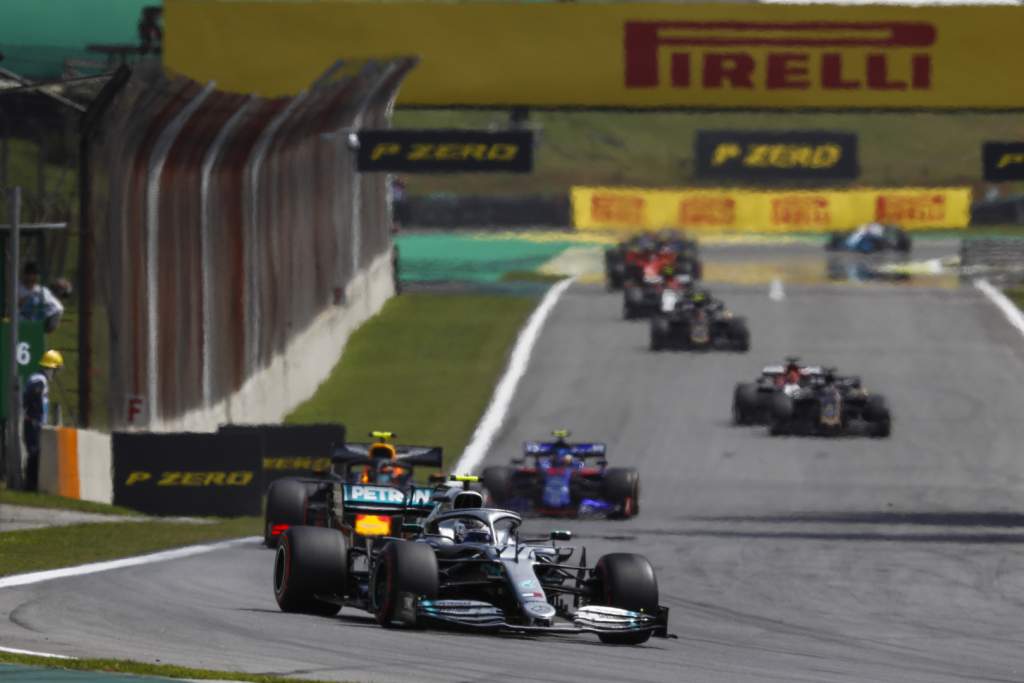 The likelihood is that F1’s action will protect a calendar of 20+ races, rather than guarantee 23. And that’s important from a business perspective, considering F1’s revenues dropped almost $900m last year and team payments fell by $300m as a result.

F1’s race-dependent business model is still vulnerable while there are either no fans attending or strict limits on the numbers. So as it F1 tries to carry out a normal-ish season after the compromises of 2020, it does make sense to make the European leg of the calendar as healthy as possible.

It’s a form of insurance against some end-of-year disruption, when it might be too late to reschedule anything. So even if the argument’s less compelling than it was a year ago, a Red Bull Ring double-header is not unreasonable in the current circumstances.

What makes less sense is failing to incorporate a Saturday sprint race, which currently feels like a missed opportunity.