Why ’22 Red Bull may not rely on ‘exceptional’ Verstappen trait

Sergio Perez has been backed to make significant progress in his second Red Bull season because the team’s 2022 Formula 1 car will move away from relying on an “exceptional” Max Verstappen trait.

Perez will be the first team-mate to Verstappen to start two consecutive seasons at Red Bull in 2021 since Daniel Ricciardo departed the team.

Like his predecessors Alex Albon and Pierre Gasly, Perez has struggled to match Verstappen this year and while he had a strong Azerbaijan Grand Prix – winning after Verstappen’s tyre failure – and finished on the podium again in France, he has been inconsistent since his move from Racing Point. 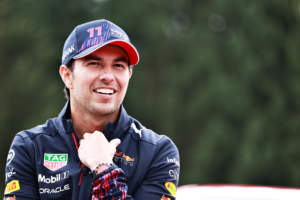 Part of that is adapting to a different car concept and it is accepted by Red Bull that its car can be quite nervous on corner entry.

That is a consequence of the design direction of Red Bull’s high-rake cars, which team boss Christian Horner said during the Belgian Grand Prix weekend had “evolved around Max’s style”.

This is a reference to Red Bull taking its concept further than it would otherwise have been able to because Verstappen is capable of handling the consequences of a faster but less stable car.

During the summer break, Red Bull technical chief Adrian Newey said Verstappen’s “ability to live with a car where the rear end moves around a little bit is exceptional”.

However, there are major car changes coming in 2022 and Red Bull believes this will represent a massive shift in car concept that will help Perez.

“Next year is a completely new car with very different characteristics,” Horner told The Race.

“It’s a totally different concept. You have to forget everything from the current car.

“It may well make the cars a little more benign, less peaky. That’s certainly what we’re seeing from our simulations.

“The way these cars have developed they are very difficult to drive. Perhaps the Red Bull is an extreme version of that.

“But I expect that to be quite different next year.”

The next generation of F1 cars will have simplified aerodynamics, a greater emphasis on ground-effect aero and restrictions on the surface areas teams can develop.

Red Bull announced Perez’s contract extension during the Belgian GP weekend but the decision was taken weeks ago. 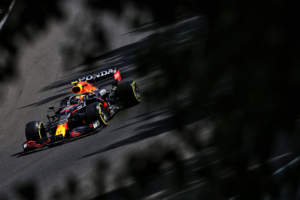 The early renewal was slightly surprising given Perez had not had an overwhelmingly impressive first half-season and last year he was only announced as Albon’s replacement after the season ended.

But with Red Bull not willing to put Albon back in its senior squad and Gasly now seemingly a permanent fixture at the sister AlphaTauri team, Horner said it was a straightforward decision to re-sign Perez.

The early announcement was down to a desire to take the pressure off the final months of the year and include him completely in the development work for the 2022 car.

Horner expects that experience to be “extremely valuable” for the RB18 and as backed Perez’s partnership with Verstappen to “only get stronger”.

“He’s had a bit of bad luck in the last three or four races but as he’s getting more familiar with the car and team you’ll see more consistency coming,” said Horner.