'Where does it stop?' Horner's anger over F1 pitstop control - The Race
Skip to content
Formula 1

‘Where does it stop?’ Horner’s anger over F1 pitstop control

Pitstop times are set to be slightly slower from the Hungarian Grand Prix when new protocols are enforced to engineer more time across wheels being tightened, the front jack being released and the green light being shown to the driver. 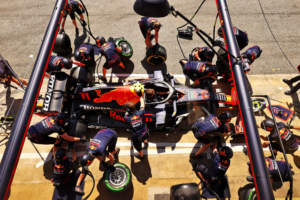 Horner, who believes the new FIA technical directive has come at the behest of teams trying to slow Red Bull down, said that pitstops have already been slowed slightly this year following minor changes.

He expressed further disappointment that a competitive element is becoming controlled.

“To have to hold the car for two tenths of a second you could almost argue it’s dangerous because you’re judging your gaps, the guy that’s releasing the car is having to make that judgement and I think that it’s not been well thought through,” he said at the Styrian Grand Prix.

“Formula 1’s about innovation and competition and seeing pitstops sub-2s is a remarkable feat.

“We should be encouraging it, not trying to control it, otherwise where does it stop?

“We’re going to be told which way to walk into the garage, where we should sit on the pitwall and which buttons we should press, I guess.”

Horner told SkySportsF1 that “It’s been an exciting element [of F1]”.

“Can a group of people change a wheel in less than two seconds? We’ve demonstrated that with the world records that we’ve achieved.

“But you’re going to dilute that and take that away now and control pitstops to make them pretty much the same time. 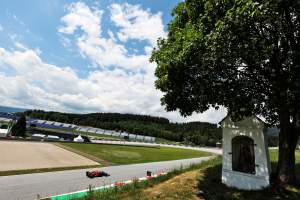 “It takes away the competitive element of it.”

Horner has said that “if you can’t be beaten, then obviously the most logical thing is for your competitors to try and slow you down and that’s obviously what’s happening here” – implying that title rival Mercedes has contributed to the FIA’s new directive.

Mercedes team principal Toto Wolff has admitted that there had been “some question marks on some things” internally and said Mercedes had recently sought clarification from the FIA on “a safety mechanism” but stress it was a question related to technology and that he did not know if that influenced the FIA’s new rules.

The top two teams’ respective average pitstop times this season are as follows:

Mercedes’ Monaco average would have been much higher if it had managed to remove Valtteri Bottas’s stuck front right wheel and send him back into the race but instead it had to retire his car because it couldn’t complete the pitstop.

On average a Red Bull pitstop is half a second faster than a Mercedes pitstop in 2021. Removing the outliers takes the gap to around a quarter of a second.

Wolff argued that the pitstops are not enough of a differentiator to merit the risks associated with the fastest stops.

“All of us in the team are up for competition, because it’s a competitive field,” he said.

“But there is also the safety argument. You will always put everything into your pitstop so you avoid a wheel just detaching or coming off because the penalties are enormous.

“We in the past had a policy of making sure that wouldn’t happen. And that also meant to have some circuit breakers in the system and that slows you down in terms of pitstops.

“But that was our own decision, it had nothing to do with anybody else.

“A fast pitstop is nice to have and they look cool, but I’m not 100% sure that they are such a huge performance differentiator because we are talking about a tenth or two on average.”