Preliminary investigations conducted at the Jeddah Corniche circuit indicate Mick Schumacher’s chassis survived his 33g crash during qualifying for the Saudi Arabian Grand Prix and can be re-used, but the cost of the accident was estimated at “between half-a-million and a million” dollars according to Haas team principal Guenther Steiner.

Schumacher was on his first quick lap on his second set of softs during Q2 in Saudi Arabia and pushing to make Q3 for the first time when he got a little out of shape in the Turn 9 kink. This put him slightly off-line into the Turn 10/11 left right and he ran deep, losing it on the kerb and spinning heavily into the concrete wall – resulting in a 57-minute red flag.

Despite Schumacher being uninjured and fit to race after being airlifted to hospital for precautionary scans, the team decided not to rebuild the car for Sunday’s race. This was not because of a lack of parts, but to avoid the risk of compromising the upcoming races. 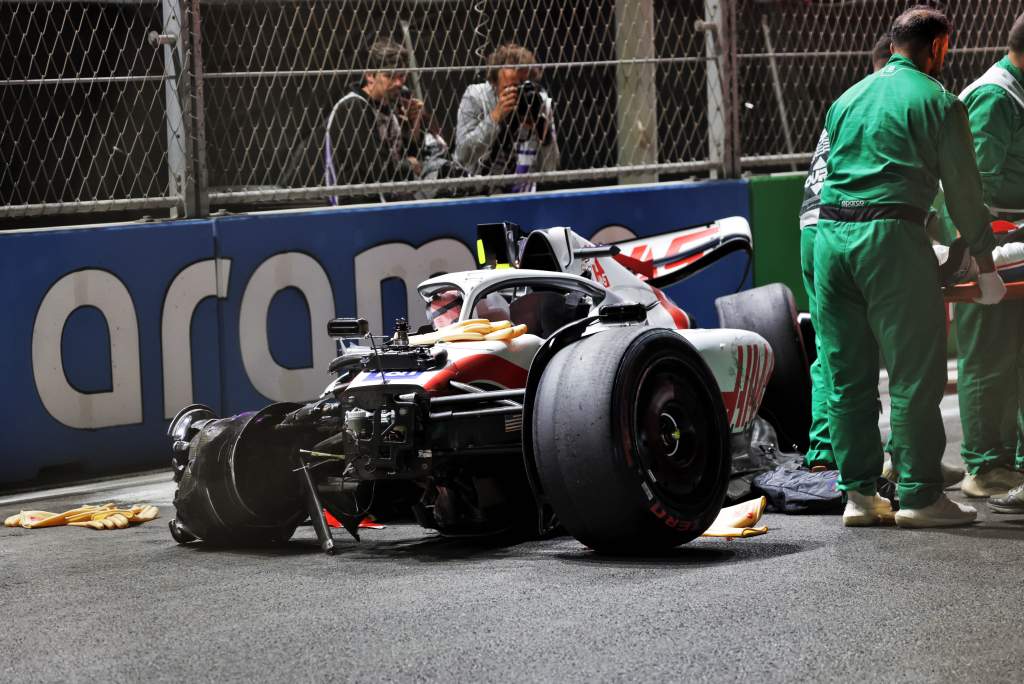 Analysis of the chassis conducted in Jeddah indicates the chassis is intact and can be re-used, subject to further checks before the Australian Grand Prix, although much of the rest of the car was lost.

“The chassis in itself doesn’t seem to be broken,” said Steiner when asked by The Race for a damage assessment. 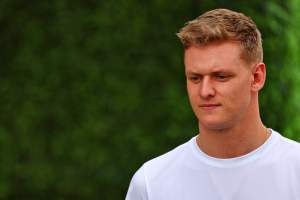 “The side impact structures [were damaged] but you can change them. Obviously, we need to do a proper check on the chassis but it looks not too bad to be honest.

“The engine also I was told from Ferrari seems to be OK. The battery pack as well. Then all the rest is broken.”

With all teams operating under a cost cap, the baseline figure of which is $140million this year, it’s a blow to Haas to suffer such a costly accident early on.

The full impact has yet to be evaluated but Steiner’s estimate of up to a million dollars cost indicates the potential consequence of the crash. 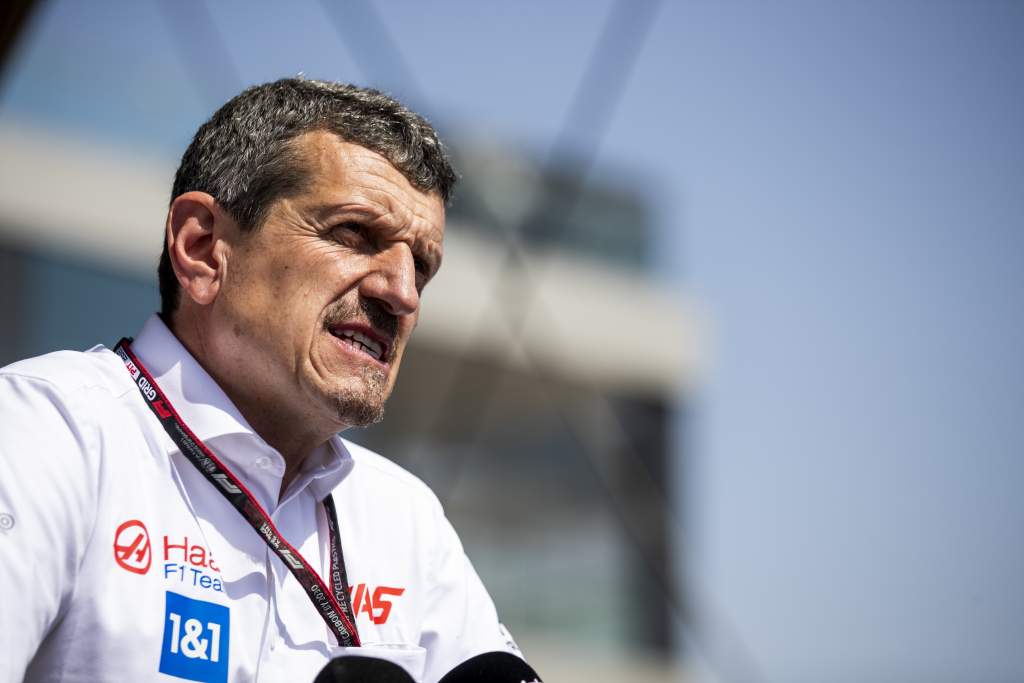 “The cost is still pretty high because all the suspension is gone, except the front left – I think there’s still something on there. The rest is carbon powder.

“I don’t know money wise as yet. But the gearbox, the whole bodywork is gone, the whole radiators are gone. So between half a million to a million [dollars] I would say.”

While Haas, like all F1 teams, will have a contingency for accident damage within its budget plan, having a big crash so early in the season means it is at risk of exceeding this over the season.

With the cost cap, any adjustment of the budget could detract from the cash available for development, so the team will be eager to keep damage to a minimum in the coming races.

“There is a nominal amount [for damage] in the budget but in a racing team you can never stick to a budget like because you have risk” said Steiner.

“You obviously have to have a contingency in there, but if you have two or three like this, it’s gone pretty quick. It’s not a contingency anymore. It’s a loss.

“So you just need to manage it. I hope we don’t have a lot more of them.”