As customary in 2022, the Ferraris and Red Bulls traded places at the top of the order with Austrian GP winner Leclerc going quickest with just under 15 minutes of the one hour session remaining.

His 1m33.930s was 0.091s faster than Verstappen’s best effort and 0.338s quicker than his Ferrari team-mate Carlos Sainz, who will take a minimum of a 10-place grid penalty for engine component changes this weekend.

George Russell was fourth quickest for Mercedes but was 0.951s adrift of Leclerc’s benchmark at a circuit he hoped he’d be within two to three tenths of the leaders on.

Pierre Gasly was fifth in the upgraded AlphaTauri while Sergio Perez struggled to get a proper flying lap in and was sixth.

The Red Bull driver had the biggest moment of any driver in the session as he spun at Turn 4 and had to abandon his final flying lap on low fuel.

Lando Norris was seventh for McLaren, which only ran its new comprehensive upgrade package on his team-mate Daniel Ricciardo in the session so it could benchmark its new package.

Ricciardo was 10th fastest and over four tenths slower than Norris.

They were split by the Williams of Alex Albon and reigning Formula E champion Nyck de Vries who replaced Lewis Hamilton for his second FP1 outing of the season and first Mercedes F1 appearance in a GP weekend session. 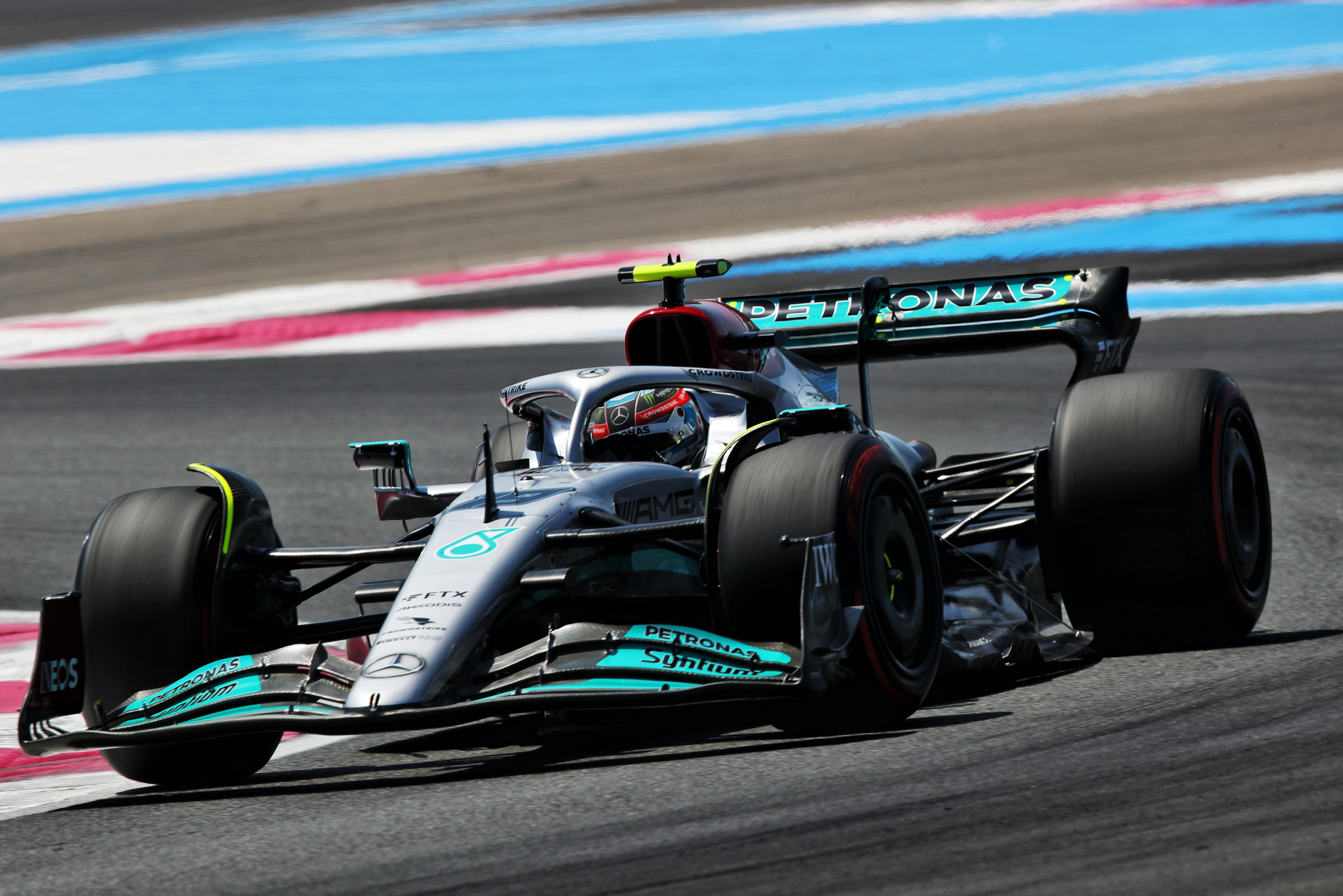 Alfa Romeo reserve driver Robert Kubica was the other stand-in driver as he made his second FP1 appearance of the year.