What exactly has been 'misunderstood' about F1 title decider? - The Race
Skip to content
Formula 1

What exactly has been ‘misunderstood’ about F1 title decider?

Three full days after the contentious end to the Formula 1 season and there was finally comment from the powers-that-be.

The use of the safety car in the Abu Dhabi finale (and the messages between race control and Mercedes and Red Bull) has sparked an argument that is “tarnishing” the championship’s image, said the FIA World Motor Sport Council.

Yes, it’s clear that F1’s reputation has taken a beating in public. Debate continues to rage over Max Verstappen winning the race and the championship on the final lap and Mercedes is weighing up an FIA international court appeal because it believes Lewis Hamilton would have won if the correct procedure had been followed.

A deep analysis will now take place to understand what happened and ensure any feedback is implemented before the start of 2022. 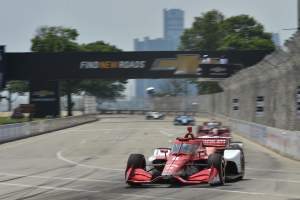 That’s fair, and important. The stakeholders must ensure they can prevent a repeat.

And the situation has been escalated by “significant misunderstanding and reactions from Formula 1 teams, drivers and fans”.

It’s curious to consider what exactly has been misunderstood about Sunday’s finale and why the FIA felt the need to go down this phrasing route.

Because the principle of deeply analysing what happened to enact changes for next season is absolutely right, as is the notion this merits an in-depth review. Even acknowledging the damage to F1’s image would have been fine.

But it’s odd that this sentiment – which implies the FIA knows something went wrong, otherwise what is there to try to improve? – has been packaged in a statement that seems to blame observers for ‘misunderstanding’ what happened and starting an argument that’s making F1 look bad.

It has immediately been widely interpreted as effectively shifting the responsibility for the outcry. The implication is that the real problem is people being outraged – not what has outraged them.

A generous interpretation of the FIA’s statement would be that it wanted to make it clear how seriously it takes what has happened and how much it regrets the consequences it’s had for F1, and that it represents a vow to be much better in the future.

But the defensive mindset exhibited in the language used in this statement casts serious doubt over whether the FIA can hold itself accountable over this.

It’s not a surprise that the governing body’s priority now is protecting F1’s image and integrity. But that is not necessarily a problem if it were to be accompanied by a process of properly learning from what’s happened.

The FIA will not go as far as ‘correcting’ the mishandling of the finale by amending the results. That has been clear from the moment the stewards used woolly logic to justify what happened on Sunday evening and you can be sure the FIA has wanted to find any way possible to convince Mercedes not to go ahead with its appeal.

And the desire not to change the outcome will be cemented if, as seems widely expected, Mercedes withdraws its appeal for the so-called good of the sport.

That is what the FIA wants: for this controversy to end and – based on that “misunderstanding” remark – for the blame to shift.

That attitude is not conducive to a full and frank analysis of what happened and a proper plan of how to tackle the wider problems that led to this, which is the bare minimum response needed after the way the season ended.

The FIA has misjudged this so far. For the sake of F1’s sporting integrity, it cannot keep doing so.